This Week in Cars: These Five Classic RADwood Cars Are Peak ‘90s Luxobarges from Europe and Japan

If you keep a close eye on the world of classic cars, you’ll have noticed the word RADwood being thrown about. You probably knew already, but the whole concept behind the RADwood movement is celebrating the cars (and to an extent, the fashion of the 1980s and 1990s). As far as we’re concerned, that’s a bloody good thing.

Compared to the 2020s - you know, what with COVID-19 running rampant, the United States in turmoil, Russia slipping back into its blood-soaked 1930s and just general all-round awfulness - the 1980s and 1990s are definitely a period to be celebrated.

If we look back at the RADwood era, the music was great, the RayBan Clubmaster had been invented, the Cold War was over and even Russia and America were getting on.

Unsurprisingly, this general feeling of global #GoodVibesOnly translated into relatively stable geopolitics - and subsequently - plenty of cash floating around…. especially within the car industry.

The RADwood days were a period of money-no-object for car makers. As we’ll see later on in this edition of the weekly Dyler This Week in Cars, manufacturers would throw billions of dollars at developing their flagships in a battle for supremacy in the luxury car segment - for example, Lexus experimented with 24 different types of wood when creating the first-generation LS.

What’s more, the period Mercedes S-Class W140 set new standards across the car industry for technology, comfort, and safety. To this day, however, the W140 still remains one of the most expensive cars ever developed, to the extent that the budget run-over saw company-wide sackings at all levels. 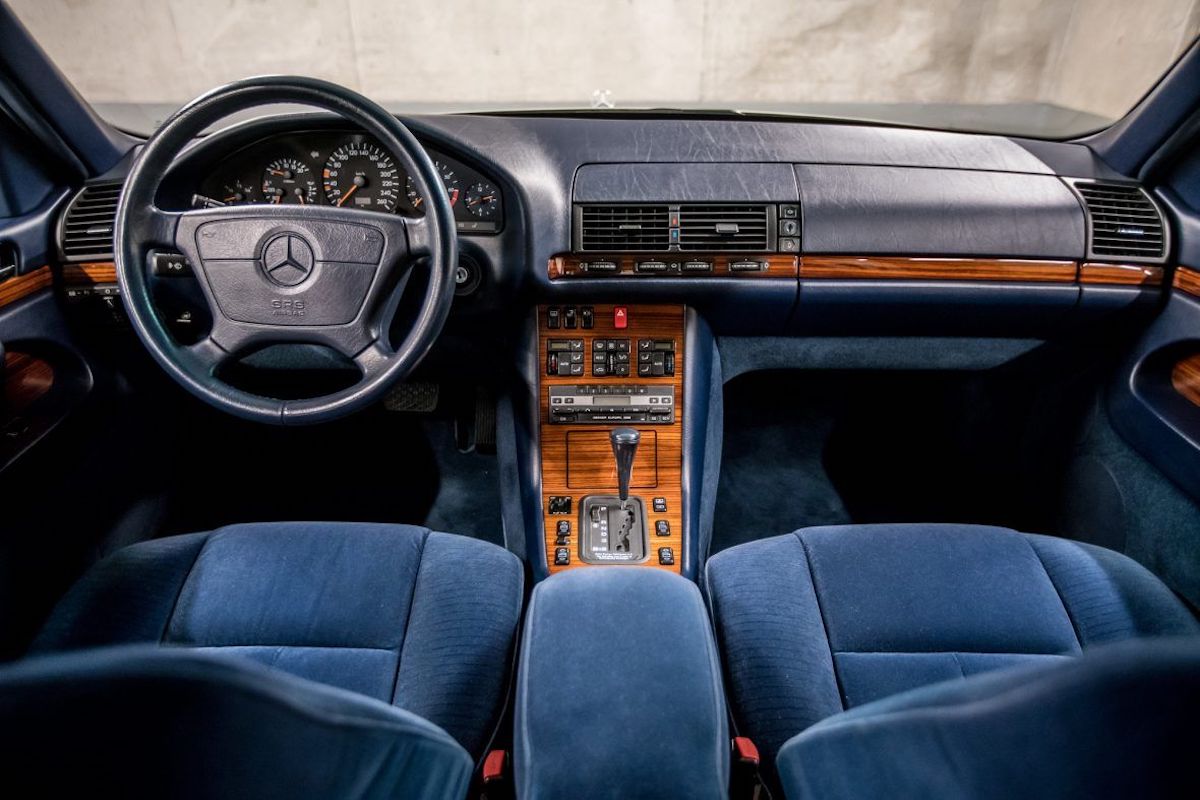 The RADwood classic cars were all about the wood and leather aesthetic, just like in this Mercedes-Benz S-Class W140
© Pinterest

Without a doubt, luxury cars - as cars, at least - are much better than they were 30, 40 years ago in the RADwood era. They’re safer, much more efficient, and the tech they are loaded with was unthinkable even a decade back.

As for better looking, though? Well, we’re not sure about that. We’re also not too sure about the swathes of touchscreens. There’s something satisfying from the “clunk” and action you get from pressing a button you know has been massively over engineered and cost an average salary to develop.

What’s more, the fact that you’re driving - or being driven in - a car that has been created by people who wanted to create the best car they could possibly create - is deeply satisfying if you care about cars at all.

This is why the latest edition of This Week in Cars is all about luxury classic cars from the RADwood era. It’s a celebration of the machines that were made to be as good as they possibly could be. These are far from being cars that were thought up by a car maker’s finance department to simply turn a profit.

This one’s for the cars that were made during the age of excess.

Known as both the Lexus LS and Toyota Celsior, Japan’s answer to traditional luxury car makers had the likes of BMW and Mercedes worried at its first attempt
© Gateway Classic Cars

The Lexus LS - or Toyota Celsior if you’re talking about the JDM model - is Japan’s answer to the BMW 7 Series and Mercedes S Class. When the first-generation car launched in 1989, it redefined how a luxury car should be developed. In its efforts to defeat the Germans in the luxury car war of the RADwood era, Lexus’ parent company Toyota threw everything they had at the LS, to the extent that Toyota top brass turned the flow of cash off after its development cost ran over the $1bn USD mark and the engineering team had racked up over 1.7 million miles in the car’s development. However, the exorbitant amounts of money spent on the LS paid off - it was much quieter than any of its rivals, and also more aerodynamically efficient. It was also the world’s first luxury car to have an air-suspension; something Mercedes didn’t fit to its W220 S Class almost a decade later. Even now, more than 30 years since the Lexus brand was launched, it still represents an esoteric, more thoughtful alternative to the usual luxury cars on sale today. The original LS - or Celsior - is the car you have to thank for that.

Whilst not a luxury barge as such, the Alfa Romeo 164 was Italy’s answer to the BMW 5 Series and Mercedes E Class. The Quadrifoglio Verde was the range topper of the 164 family. In true Alfa Romeo style, the 164 QV separated itself from other executive cars from the time with its pretty styling. Thanks to Alfa’s lusty 3.0-litre, 12-valve V6 engine, a well-sorted chassis, and a snicky five-speed manual gearbox, the 164 also received massive praise for being one of the most engaging mid-range saloons on the market. Inside, the 164 was standard Italian fayre - the centre console was a plethora of buttons, and the whole design didn’t appear to make a lot of sense in terms of ergonomics. However, you’d be pressing buttons in an Alfa with hip-hugging, comfortable leather seats and you would look good. Considering that and that sonorous V6 soundtrack, the messy layout doesn’t seem too much of an issue, does it?> 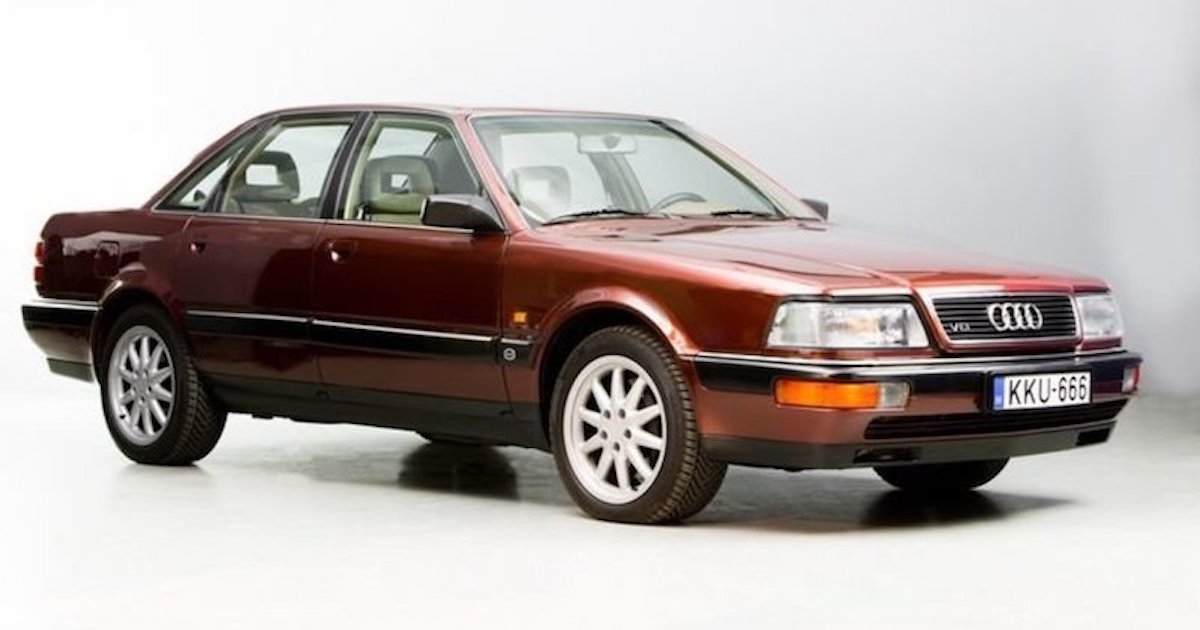 The Audi V8 is a throwback to a time when Audis weren’t overstyled or overly aggressive. Based on the extremely elegant Audi 200 sedan (or Audi 5000 if you’re from the United States), the V8 was Audi’s flagship from 1986 to 1993 until it was replaced by the A8. As-per the RADwood period, the V8’s interior was all wood and leather, but where it was really special was under the skin. The V8 the first Audi to be powered by a V8, and it was also the first Ingolstadt car to combine its iconic all-wheel-drive quattro system with an optional automatic gearbox. In short, the V8 was a pivotal moment in Audi’s history because it showed that the company could do luxury and performance, as well as no-nonsense rally cars for the road. The V8 showed its credentials on the racing track, too. In 1990 and 1991, it took Audi to back-to-back DTM titles in the hands of Hans-Joachim Stück and Frank Biela respectively. If you’re a James Bond fan, you’ll also have noticed that Timothy Dalton also drove an Audi V8 in The Living Daylights. Coolest B-Side Bond car ever? We reckon so...

PRICE:
Up for auction
LINK TO CAR AND DEALER:
Catawiki 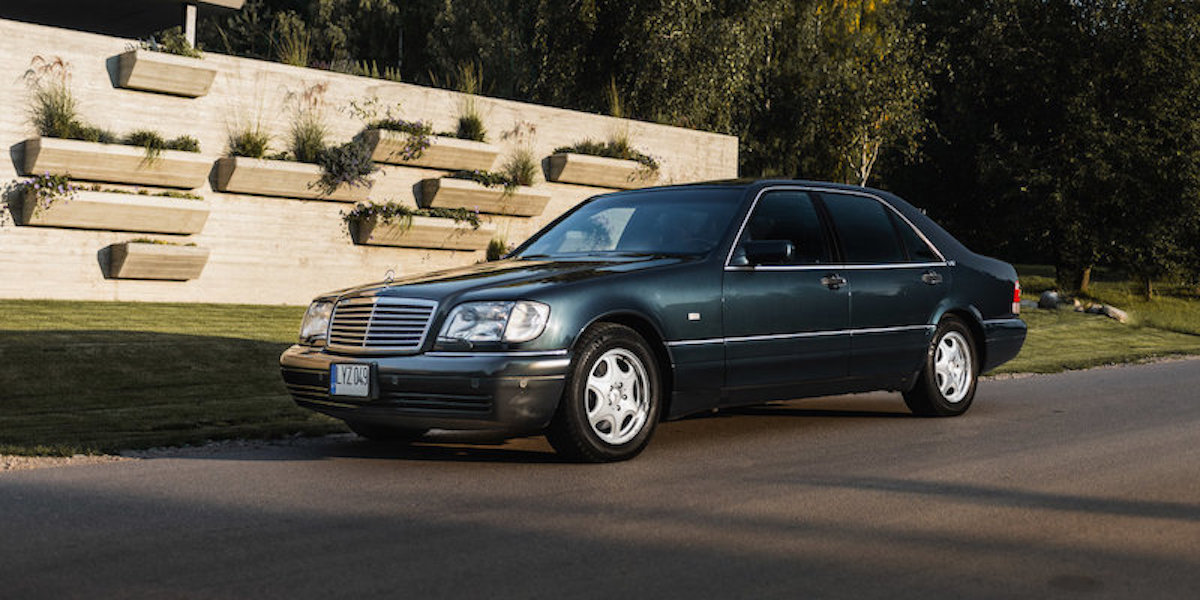 Developed at a cost of billions of dollars, there has not been a car like the Mercedes S-Class W140 since it went out of production in 1998
© Private seller

With a gestation period of a decade and billions of dollars ploughed into its development, the W140 iteration of the Mercedes-Benz S-Class was a four-wheeled metaphor for the age of excess. The W140 was not created to be Germany’s answer to Rolls Royce and Bentley. It was conceived to show what was technologically possible with a car and almost megalomaniacal in its conception. When the W140 launched in 1991, the motoring world was shaken by what Mercedes-Benz had achieved. The three-pointed star had literally ripped up the rulebook on how you should make a classic car, and caused an industry-wide reset. The then-new S Class boasted never-seen before innovations such as double-paned soundproofing glass, automatic wipers, side airbags, Electronic Stability Program (ESP), and voice controlled technology; all of which are features that aren’t even standard on cars in 2021. The W140 may visually look a little dated compared to similar cars from the period and its overly-expensive and way too lengthy development period eventually cost jobs throughout Mercedes-Benz. Without it though, plenty of features we take for granted on modern cars would most likely not have seen the light of day. 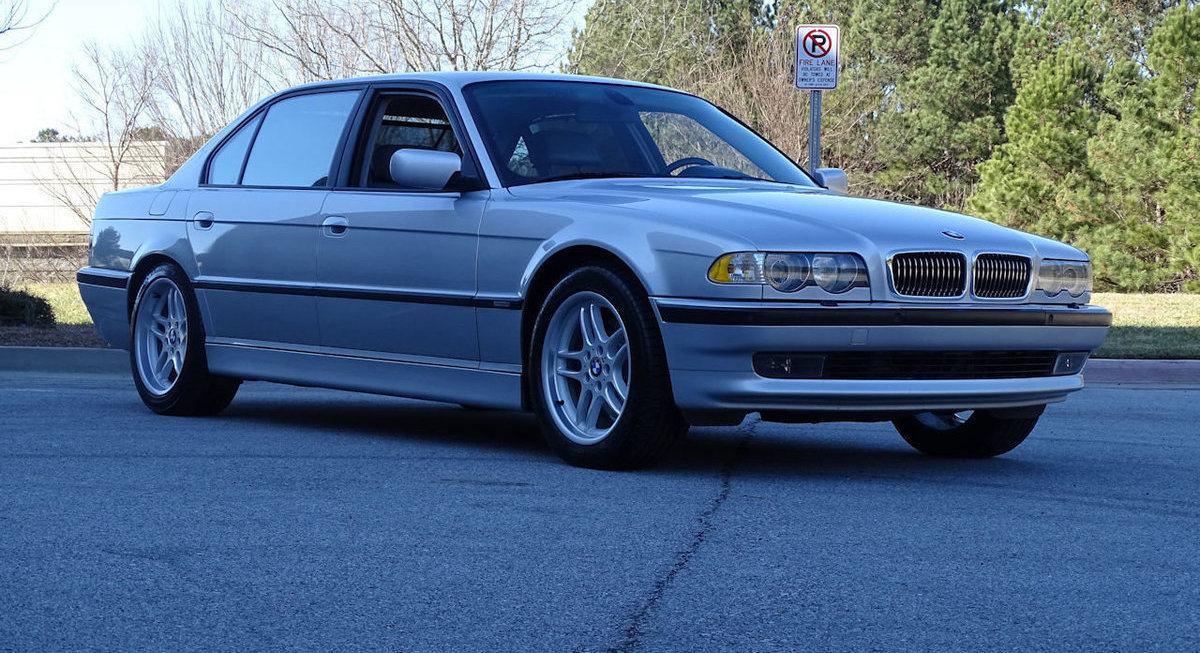 Is the E38 7 Series the best looking BMW of all time? (Answer, yes)
© Gateway Classic Cars

It wouldn’t be a proper RADwood classic car list without including the E38 version of the BMW 7 Series, so here it is. Since both the S-Class and the 7 Series have been head-on rivals since the late 1970s, and BMW wasn’t going to let Mercedes off lightly with the launch of the W140. When it came out in 1995, the E38 was the first European car to offer satellite navigation, and the world’s first car to have curtain airbags. It was also the first 7 Series to have a diesel engine, alongside the straight-six, V8, and V12 units also offered. Despite going out of production 20 years ago now, the Boyke Boyer-designed E38 is now considered to be one of the best looking BMWs of all time. It has also made for one of the coolest, most memorable Bond cars ever after its starring role in Tomorrow Never Dies. Available in short wheelbase (i), long wheelbase (L), and limousine models, the E38 is one of the sought after classic BMWs. Compared to later iterations of the 7 Series which has unfortunately become a bit of a heifer over the last few decades, the E38 now looks exceptionally well proportioned.