The Lancia LC2: A Futile Attempt to Conquer the Track

Lancia – each time someone utters its name, remarkable images from the World Rally Championship resurface in the minds of petrolheads when Lancia had no equals.

The manufacturer that once dominated in the motorsports arena now has to come to terms with a particularly modest role in the giant Fiat Chrysler corporation. Although we can only dream about a grandiose rebirth of the Lancia marque, this time we want to remind you of an ambitious project that had avast potential: the Lancia LC2 designed for circuit racing.

The Lure of a New Class

The motorsports arena of the 1980s was incredibly competitive and colorful. Regardless of the discipline, you could be sure that if you sat down for a while, you would get to watch an interesting, riveting competition.

In order to make the World Endurance Championship series more attractive, the International Automobile Federation (FIA) have introduced the Group C regulations in 1982. According to it, carmakers could take part in the championship using cars that met two essential requirements: they had to have a coupé body type and consume no more than 60 litres of fuel per 100 km.

That caught the interest of Lancia, which initially hoped to compete in Group C with rather old but still competitive LC1. However, the first attempts showed that the car that had been built according to the Group 6 regulations was no match for its competitors in terms of speed. In addition, it had a much larger appetite for fuel and was quite a bit over the limit set by the FIA.

Cesare Fiorio – head of the rally team that was demonstrating excellent results – soon appeared in the Lancia workshop. He was a man who knew every rule, as well as how to get around them,. Moreover, he had an enormous network of acquaintances. It was for these and a few other reasons why he was entrusted with the development of a completely new project.

In order to have a competitive car in its hands, Lancia first had to think about which engine to use. Since Lancia did not have an engine suitable for racing at the time, Cesare Fiorio took advantage of the Fiat Group treasure trove. He met with a buddy who was working for Ferrari and asked him for the permission to use the 3-litre, 6-cylinder engine that was being mounted in the GT8 QV 308. Strangely enough, Ferrari’s representatives agreed. 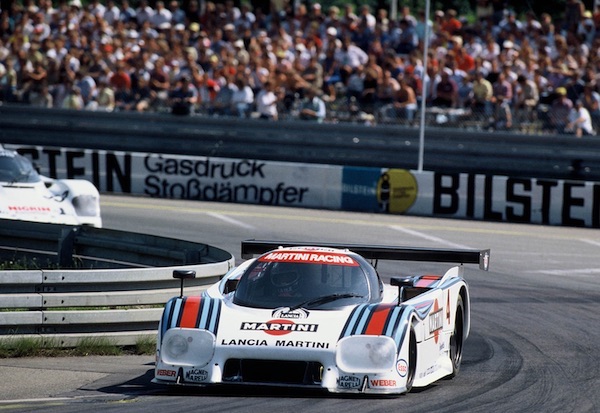 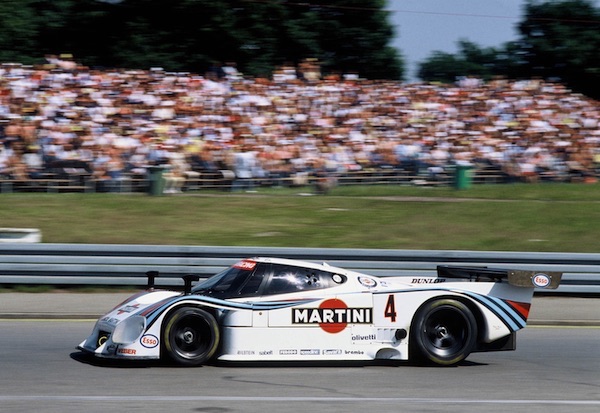 The brand new Lancia – the LC2 – first hit the race track in 1983, barely a year after Group C regulations were introduced. Perhaps it was just a coincidence, but the LC2’s début race took place in Lancia’s home field – at the Monza race course in Italy.

From the very first moments, the LC2 demonstrated a lightning-fast pace and recorded the best lap time. The LC2 was even one second faster than the hard-to-beat Porsche 956. However, the one-second advantage was quickly squandered because the LC2’s tires underwent too much wear and tore during the race. Not wanting to retire from the race, the Lancia team slowed down the pace significantly and finished the 1000 km of Monza 12 laps behind the leader.

In the middle of the 1983 season, Lancia decided to get rid of the Pirelli tires. Instead, the LC2 was shod with Dunlops which immediately allowed the manufacturer to recover. The Lancia LC2 managed to finish at the 1000 km of Spa, and then later at Brands Hatch and Imola as well. In the latter, Teo Fabi and Hans Heyer earned the LC2 its first victory. 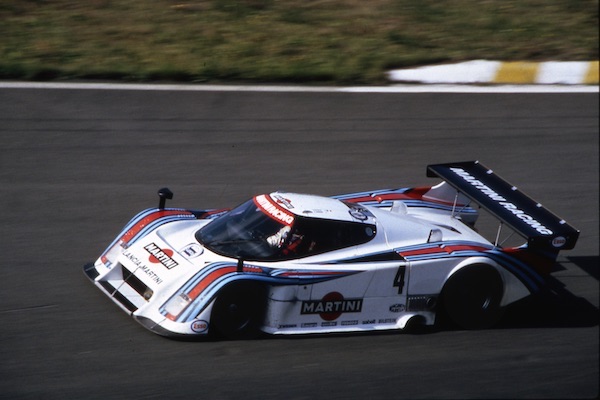 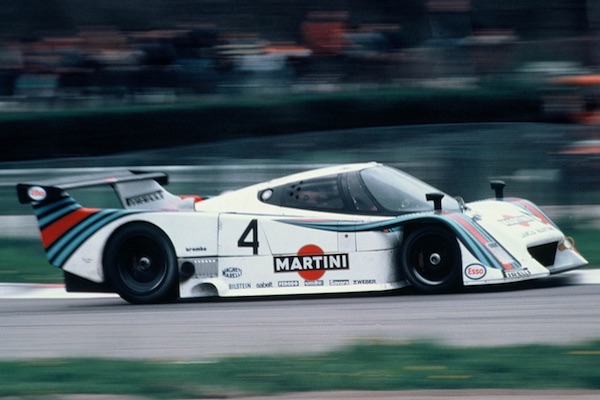 In 1984, Lancia had everything it needed to triumph in the legendary races. They participated in the first race of the season with a revised Lancia LC2. Their engineers had not only increased engine efficiency but they had also adjusted the suspension to take the perfect advantage of the Dunlop tires.

Their hard work paid off over and above – the Lancia triumphed in the first race of the 1984 season and left its competitors in the dust. As the season progressed, Lancia was firmly in contention with Porsche, its most serious rival, and did not let the competitors to get away.

The team experienced its biggest downfall at the 24 Hours of Le Mans. In 1984, Porsche was constantly arguing with the race organizers, pelting them with a wide range of claims. Wanting to express their dissatisfaction, the German team decided to boycott the race, leaving Lancia as the only factory team in the competition. 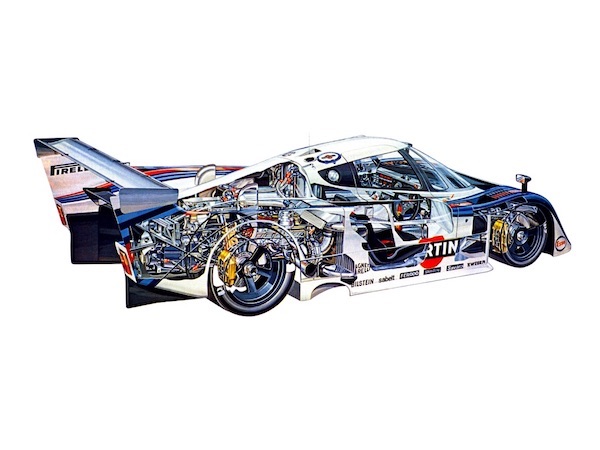 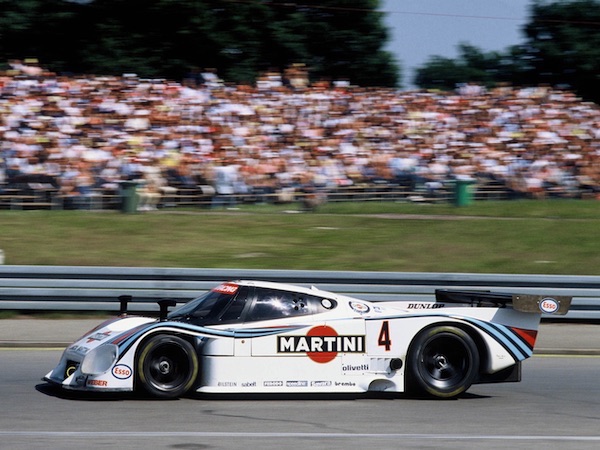 The Lancia cars fared pretty well at first. The Italians managed to score pole position and establish the record of the fastest lap. But halfway through the race, the reliability of the technical components let them down once again. Bob Wollek managed to set a new lap record, but gearbox problems hampered the team all through the race. The factory team only managed to finish in eighth place, conceding to private teams that were using Porsche 956s.

The third time – the third attempt, which theoretically should have finally brought the constructor’s trophy into Lancia’s yard. Plus, the season was successful and chock-full of victories, which had to convince the Fiat Group executives to continue financing the circuit racing programme. 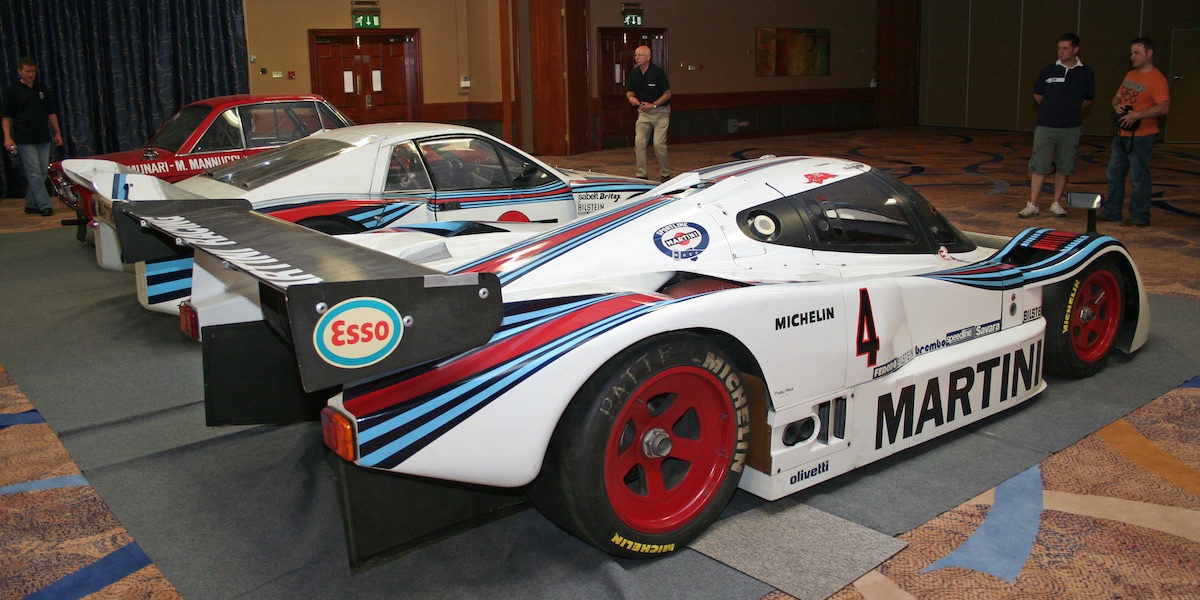 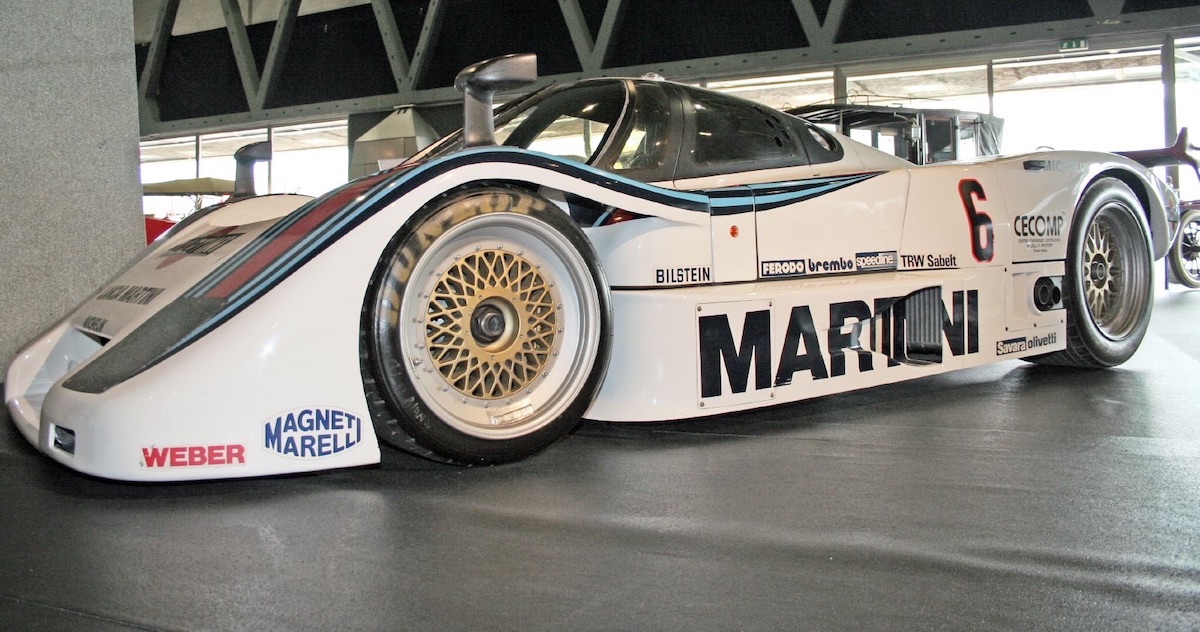 For the 1985 season, Lancia went to the track with a significantly improved Lancia LC2. The engineers again focused on the car’s suspension set-up and an optimal balance that would make it possible to capitalize on the brand new Michelin tires.

But Lancia was still plagued by reliability issues throughout the year: the engine kept acting up at Le Mans, and the fuel pump took the team out of contention at Hockenheimring. Despite these and other unsuccessful moments, Lancia still managed to take one victory during the 1985 season at Spa.

With just two races left until the end of the season, Lancia decided to raise the white flag. The team managers realized that even under the most ideal conditions, they were no match for their strongest opponent – Porsche, which won the championship once again in 1985.