Opel and high-class vehicles. What do this German manufacturer and premium segment cars have in common?

If Opel reminds you of Kadett, Astra, Corsa, or Zafira, you are probably trying to figure out what the heck are we talking about.

In fact, this particular car builder that belonged to the General Motors concern for many years has more experience in building high-class vehicles than any other potential candidate from Japan or the USA.

Many are amazed by the manufacturers’ intentions to create as many similar models as they can and make enough money while sacrificing brand uniqueness. However, this recipe wasn’t invented five or ten years ago.

In 1964, Opel launched not one but three brand new, yet almost identical models that represented luxury, comfort, elegance and unmatched quality.

KAD - that is how the family of three was named. It included Opel Kapitan, Admiral, and Diplomat. But what was the purpose for it? 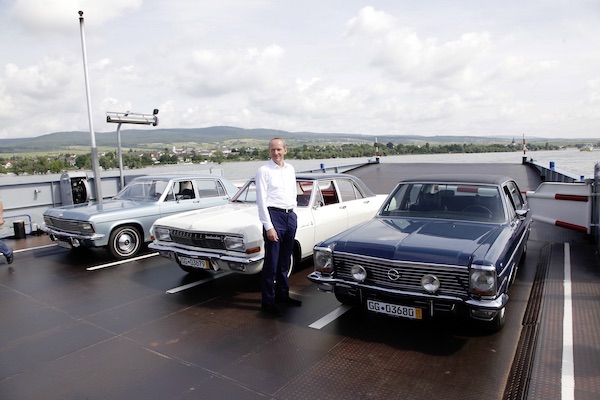 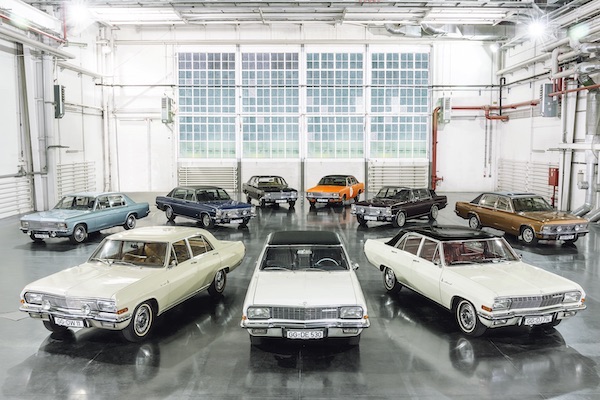 Opel chiefs from General Motors had an unusual idea. Why make three completely different models when you can reach your goal just by using current resources more efficiently?

That’s how three sedans made their way to the Opel dealerships. The cheapest one from all three was Kapitan, one step higher - Admiral, and those who had a robust financial backing could choose Opel Diplomat. 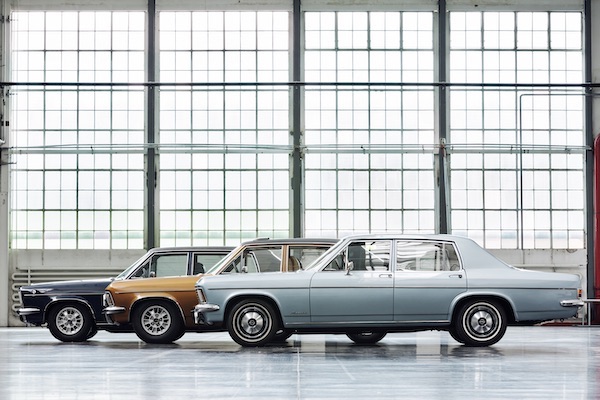 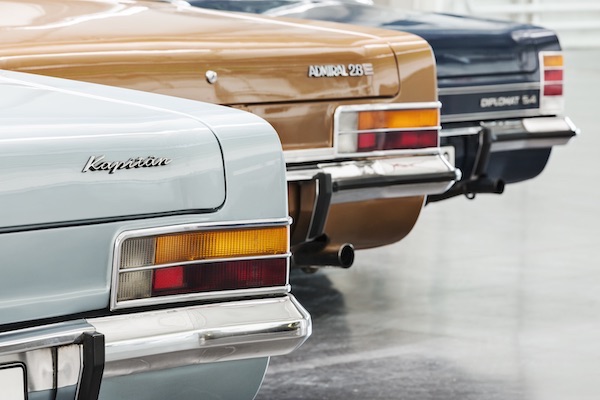 It’s evident that Opel strived to secure its position amongst Mercedes-Benz, Jaguar and slowly emerging BMW.

Americans that were operating the Opel brand at the time were sure that Europeans would be fascinated by the same values as drivers from the USA. That is a vast capacity engine, all-absorbing suspension, and 5-meter length bodywork.

Opel KAD trio were some of the largest sedans at the time. They were also the most elegant in the auto industry, and for that, we have to thank talented Opel designers. Despite that, were the models any different from each other? Even in a minor way?

Let’s start with the budget model - Kapitan. Until 1964, it was the most popular vehicle in Germany in its own class. Wanting to maintain the leadership, Opel equipped the next-gen model with six seats: three in the back, three in the front. Rear wheels were driven by 100 HP, 2.6-liter, practically indestructible petrol engine.

Until 1969 when Opel presented a new model, Kapitan seduced almost 25,000 drivers that were willing to taste the odd recipe for German sedan. 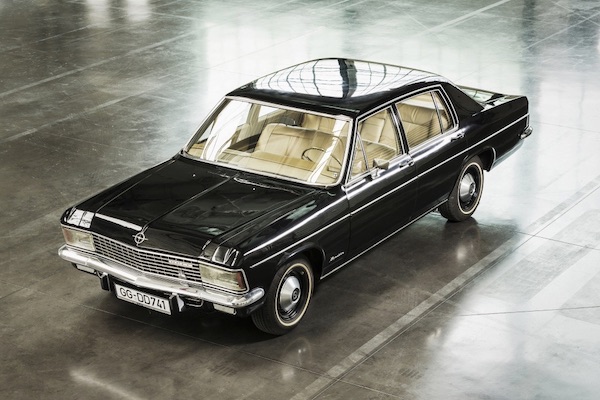 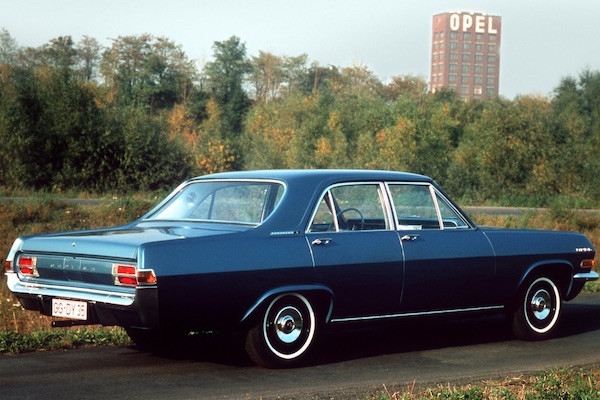 Next on the line - Opel Admiral. At first, it had the same six-cylinder engine until more powerful, and better-sounding V8 came along. Is that all? Certainly not.

Striving to incentivize the potential buyers to purchase Admiral instead of a cheaper Kapitan, Opel has been equipping Admiral with front and rear axles of a different design, as well as better tires and, of course, an advanced braking system that could curb the power of V8.

And finally, the last member of the KAD family - Opel Diplomat. From the very start, it was made with 4.6-liter, 8-cylinder aggregate from Chevrolet. A motor capable of reaching 190 HP could go 200km/h max speed, whereas Kapitan and Admiral could reach just 155 km/h. But it wasn’t the only advantage that Diplomat had.

The car also had a hydraulic power steering, fog lights, thicker rugs, quality leather seats, various infixes made from wood, power windows and a bunch of other features that are nowadays common in budget class hatchbacks. 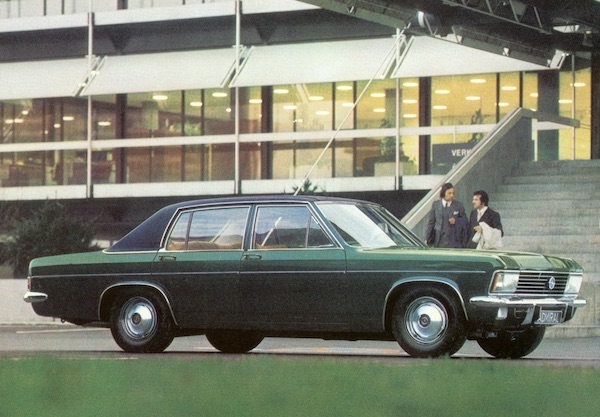 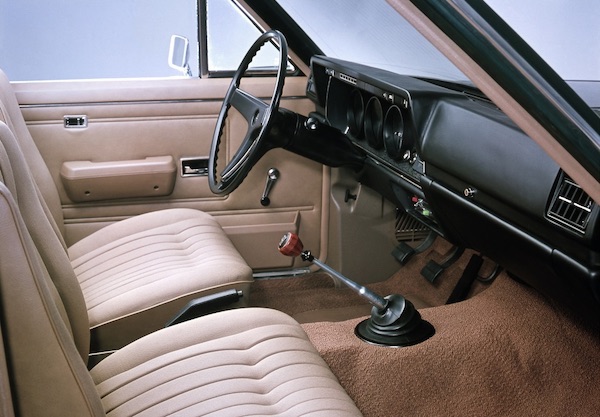 Is it enough to make one luxurious sedan to change the brand’s image? No. Opel needed a more unique, exciting and rare model that could lift up their prestige.

At the beginning of 1967, Opel made a deal with Karmann, a company designing and building bodyworks. They got a task to create a new version of Opel Diplomat, and they’ve fulfilled the request in just 8 months.

Many were impressed by the sound that 8-cylinder engine produced, as well as various luxury attributes (power windows, air conditioner) and light weight of a car. Diplomat coupé weighted just 1590 kg - almost the same as a modern Skoda Superb with 2-liter petrol engine. 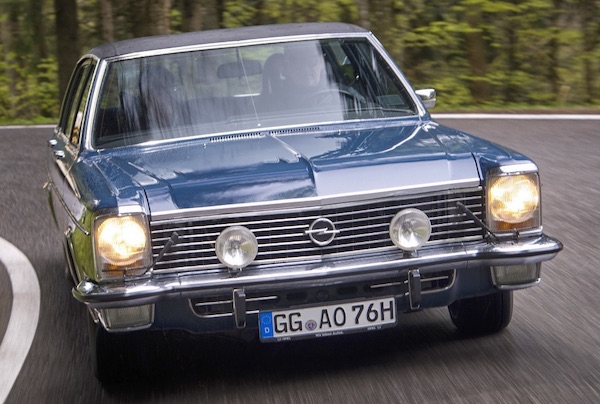 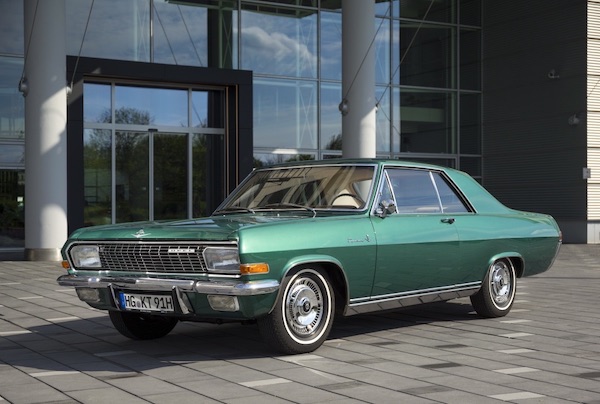 Together with Opel Diplomat coupé, Opel presented a modernized version of KAD family members. A company took buyers’ concerns into consideration and put more attention to the exterior design. This time, all three models looked like entirely different cars. They also had a way more powerful direct injection petrol engines, the interior was decorated with better materials, and all of them had a new type of De-Dion suspension. 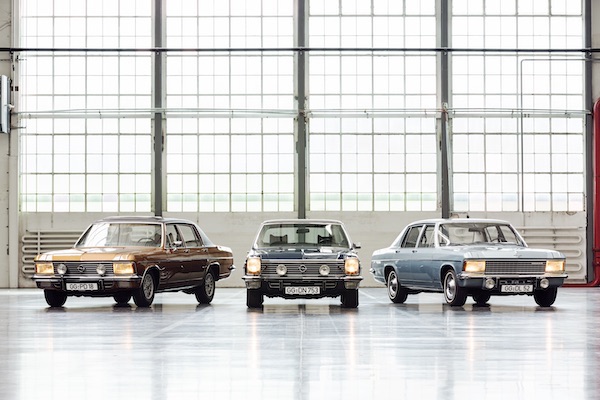 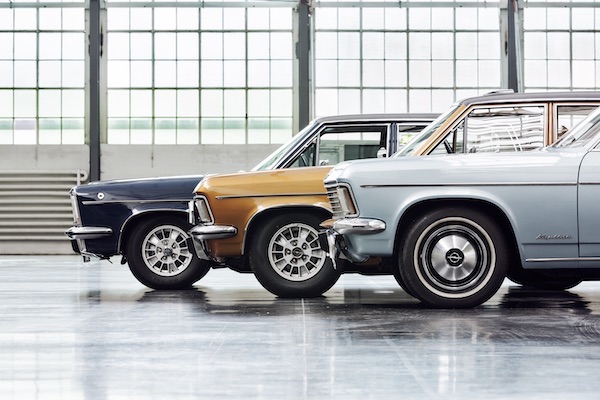 KAD family ended in 1977. According to the company chiefs at that time, it had to stop because of decreasing sales. Even though between 1964 and 1977 Opel sold more than 150,000 units of KAD cars, the ever-changing needs of the European drivers prompted Opel to stop the production of KAD and create an entirely new vehicle that could suffice as heir to KAD family saga. In 1978, such car became a much more modern and euro-looking Opel Senator that wore flagman label up until 1993.