How The Legendary BBS Rims Came To Be

We all know very well what is the most effective measure for adorning a personal car. You can boost the engine, tint the windows, but you can never do enough until you take care of the rims. Henry Ford not without reason said that the rims account for 80% of car’s beauty. So, let’s talk about one of the most famous rim brands, BBS.

There are hundreds of rim manufacturers. Most of them focus on everyday clients that don’t care a whole lot for high quality or unique design. But, as in all industries, there is always a niche reserved for the best. The industry’s elite consists of names like Rays, Borbet, HRE, OZ, ATS, ADV1. These brands are familiar to every auto enthusiast, but do regular drivers know them? Not likely. However, BBS is a company that seemingly everyone knows about, even though its production is classified in a high-class category.

BBS was established in 1970, in a small, unheard German village Schiltach. The two villagers that lived there, Heinrich Baumgartner and Klaus Brand, were the ones who created a world-famous brand. 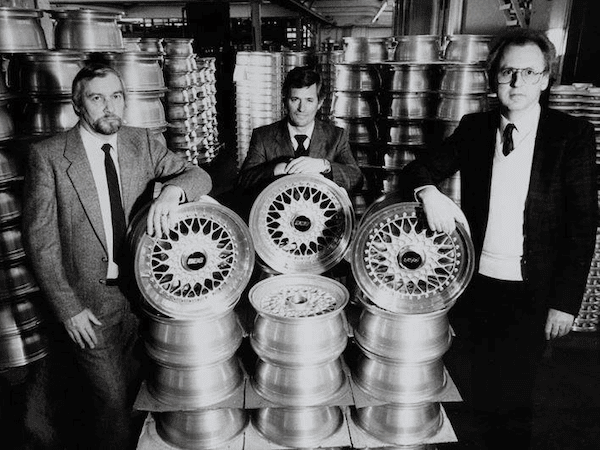 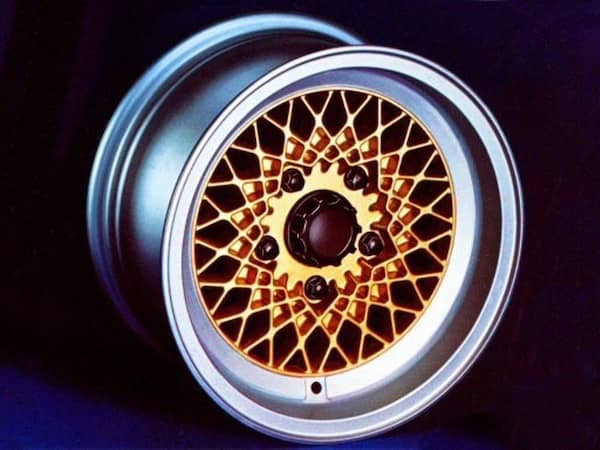 At first, the company made car parts out of plastic. Back in time, the exterior tuning was at its infancy stage. Hence it was hard to find people interested in buying plastic bodywork parts. That’s when two businessmen came up with a venture. In the beginning, they thought of a brand combining the first letter of their names, as well as their town’s name - BBS (Baumgartner, Brand, Schiltach). Things started to move. However, Heinrich Baumgartner wanted more. He wanted to make the most beautiful rims in the world.

Every evening after work, Heinrich would sit in his workshop and create new rim models. After long, sleepless nights, the engineer presented to the world his first rim model that was eventually declared a masterpiece. It was named the BBS-Mahle. Where did the Mahle part come from? After all, it is a German company that builds engine parts. It’s all pretty straightforward. BBS didn’t have the facilities to make their discs, so the first 1000 units were made in collaboration with Mahle.

BBS-Mahle rims made an incredible achievement. Back then, the standard rim size was between 13 and 15 inches and satisfied 90% of all driver’s needs. That’s why the world went crazy for them. People have been ordering them regularly, stood in lines, and even worked for it. The situation reached its peak in 1972, when BMW included BBS-Mahle light alloy rims to its additional gear list, skyrocketing BBS company to a new high where other companies like ATS, Borbet, OZ, and Remotec strived to be.

In the same year, a racer Martin Braungardt, who had been participating in motorsport events with Ford Capri, approached BBS with a request to build rims for Group 2 and Group 5 races. There was only one condition - the rims had to be not only firm and light, but also cheap. Of course, the manufacturer considered making discs from magnesium or titanium, but it was too expensive. It seemed like the contract was slipping away from the hands of BBS. However, BBS then registered a patent for the Air Inside tech that, once again, put the BBS ahead of the competition. 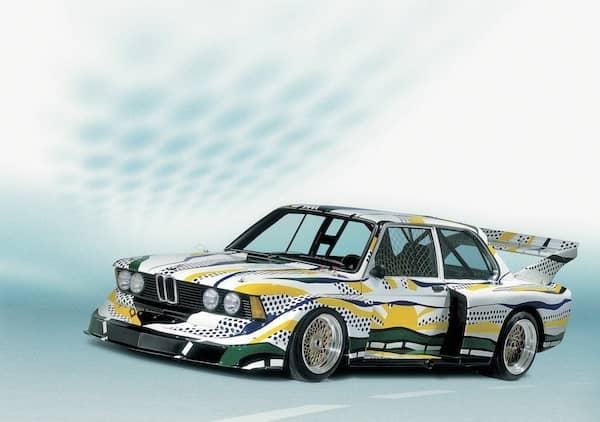 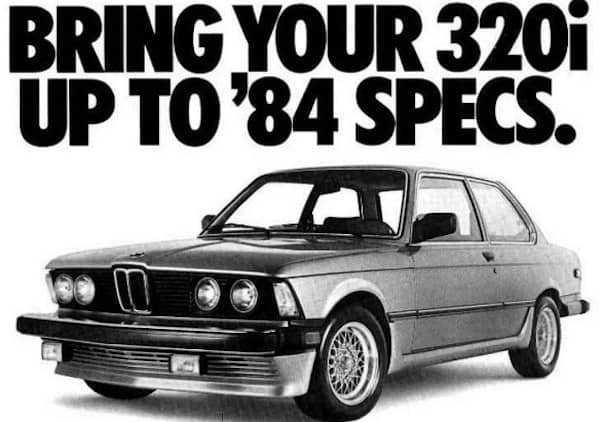 The solution is very simple. The rims are built with the air cavities. This call not only allowed saving some metal but also reduce the rim’s weight, which is very important in the motorsport arena. Besides, BBS was the first in the world to create three-piece rims. This tech suited well on a racing track as you could change only the broken part and not the whole rim. It was also a breeze to change the rim’s parameters.

The final result was not as BBS imagined it would be. The discs for Ford Capri were way more expensive than intended. Still, sports cars got light and reliable rims, which ultimately resulted in choosing BBS. In 1973, Martin went to BMW Motorsport factory team. All of the BBS solutions went along with him, thus contributed to the unbeatable BMW 3.0 CSL.

In 1972, BBS stopped making other things and started focusing only on rims. Herewith, BMW began using BBS production exclusively. After a few years, when BBS was already a well-established company, BMW took the company to another level by making massive orders for BBS rims. Some of the new BMW models had BBS rims in a standard set. It was an astounding achievement for a 5-year old partnership. 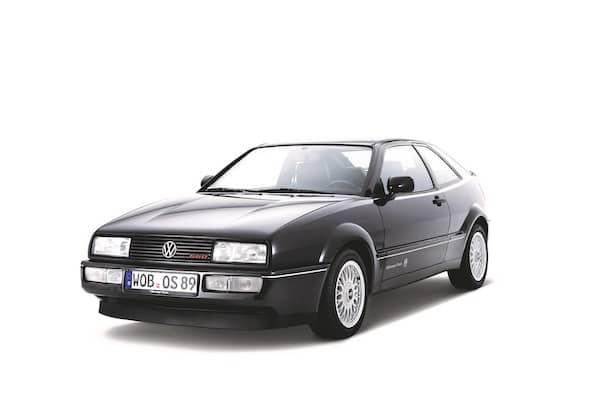 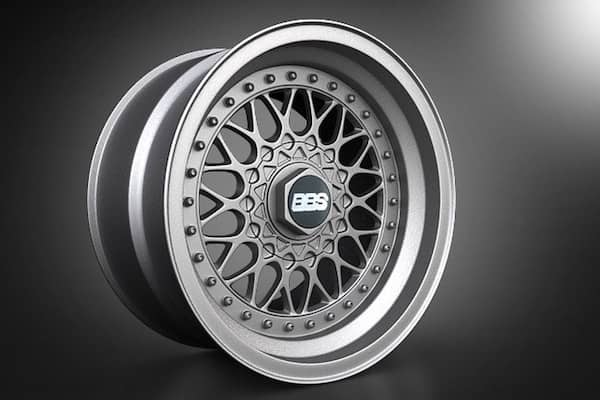 Rims made by BBS
© BBS archive

By 1978, BBS was working independently from other companies and made rims at their own factories instead of relying on Mahle. However, in honor of longevous traditions, all spider web-type rims were called BBS-Mahle. In the same year, BBS and BMW started fresh with a new rim family called BBS TRX that, to most surprise, wasn’t of a standard size.

In 1982, there was yet another historic event. BBS released a new rim series that turned the world of auto enthusiasts upside down. They were almost ideal for any type of car, no matter if they were from the 70s, 80s, or 90s. What model was that? It was the legendary BBS RS.

In the 90s, BBS had clients such as Daimler, Chrysler, a huge Volkswagen Group, and almost every single workshop that tuned the cars. Of course, let’s not forget the motorsport teams. At one moment, BBS made rims for nearly all motorsport disciplines. But, as time went by, a few competitors like ATS, O.Z., or Ronal managed to displace BBS in some niches.

The 90s are considered the golden age for BBS - in 1994, all the major world champions of racing used BBS rims. We talk about Formula 1, Indy Car series, DTM, and ADAC World Championship. In 1995, during the company’s 25th anniversary, the owners talked about new industry tendencies. They said that the rim manufacturers began using the non-ferrous metals. It once again has propelled BBS to the next level. 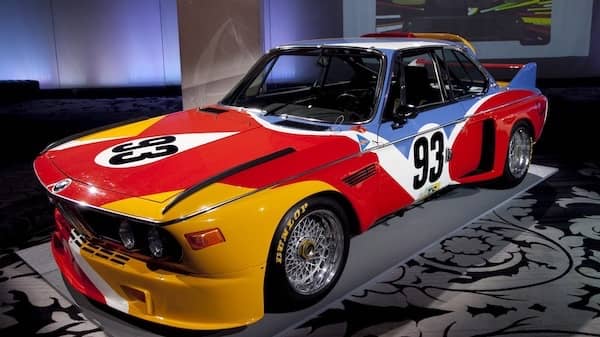 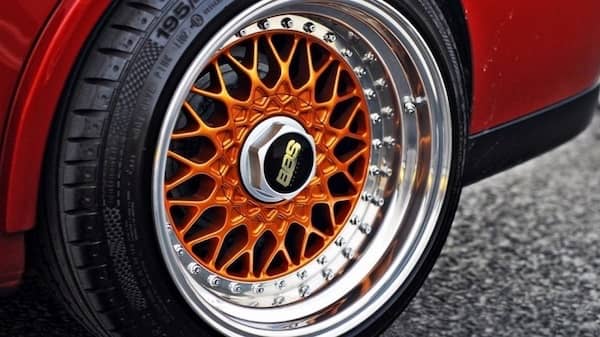 It seemed that the BBS would conquer the world. After all, nobody could offer such a high-quality product, unique solutions, and well-balanced design. However, the fate was ruthless - on March 1st, 2002, the man of brilliant ideas, Heinrich Baumgartner passed away at 66 years old. After that, the company started to collapse. In 2007, the political unrest began in Guinea, which was the major aluminum supplier to BBS. As a result, the price of materials increased drastically, and BBS rims became very expensive. The situation put the company in a deep crisis after being operational for 37 years. In 2007, the company went bankrupt and was scooped up for pennies by the Punch International Corp.

Of course, the company does what it did before - builds a wide variety of rims for lightweight cars, either for public roads or racing tracks. Currently, BBS has around 1200 employees that work every day for the same goal. Still, the golden age passed by irreversibly. Now, BBS offers to buy a brand new LM and Super RS models that are famous on a global scale.