The majority of car enthusiasts have a dream of creating a car of their own. In this case, brothers Martin Wiesmann and Friedhelm Wiesmann were lucky - they had an opportunity to recreate the image of their ideal vehicle in reality.

Since his childhood, an engineer Martin Wiesmann loved the British sports car Austin-Healey 3000. He dreamt of creating his version of this unusual, classic roadster. The sports cars that have been produced after World War II and built in a small factory in Warwick town became popular after the carmaker started to use Austin engine and gearbox instead of Riley’s aggregates. Back then, the British Motor Corporation (BMC) director Leonard Lord, who also owned the Austin brand, offered the manufacturer to cooperate and make Austin-Healey cars in BMC factories.

The production of Austin-Healey happened between 1952 and 1970. For a good reason, most believe that the best car of all is Austin-Healey 3000 with a six-cylinder engine. It has been produced for eight years (1959-1967). Most say this car became a true English paragon of a two-seater.

Martin Wiesmann, together with his brother, had a car and motorcycle tuning company, so naturally, he didn’t want just to buy Austin-Healey 3000. It was not hard or expensive for him. He wanted more - mainly to manufacture a serial car which would retain the idea of Austin-Healey in terms of design and feel. It had to be unique and timeless but also possess modern aggregates and meet today’s parameters. 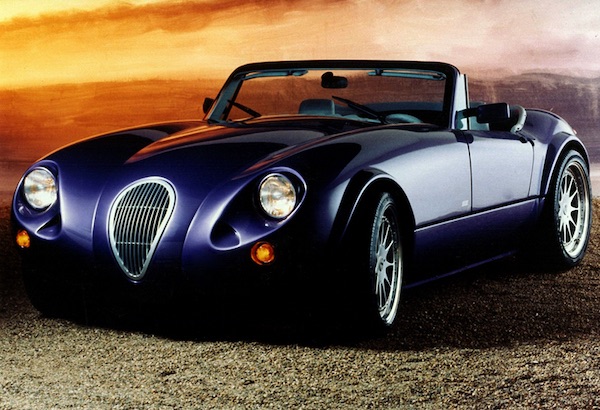 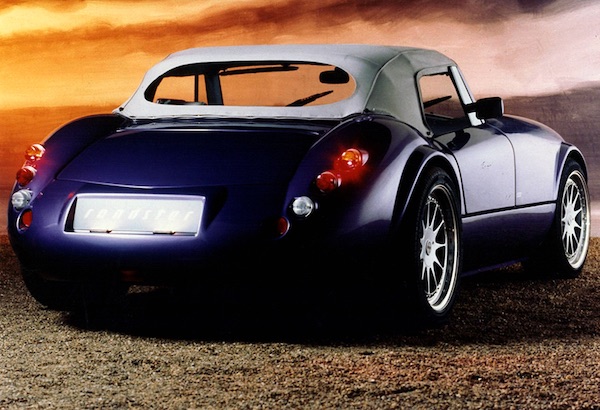 A businessman Friedhelm Wiesmann stood behind his tech-savvy brother. In his opinion, even such a crazy idea (to construct a car) is possible to fulfil if you find a proper niche to fill in the market. Brothers chose an open sports roadster, remarkably similar to the legendary 1960s cars. And they hit the bullseye.

Since the beginning, the Wiesmann brothers knew that their creations would use BMW as a base. For a pure classic roadster, nothing could be a better choice than a six-cylinder motor from Munich. So in 1993, they made MF 30 model which had 3-litre engine with 231 HP, marked with a code M54B30. If you wonder what MF stands for, check the first letters of brothers’ names again.

However, the production of this model was cancelled, and so the era of MF 3, which cost £90,000, began. The main difference between these two models was a new engine. It was a 3,2-litre motor known by a code S54, borrowed from the M3 (E46) model. With a new engine weighing 1180 kg, Wiesmann MF3 was faster and more powerful. It had 343 HP, and a max speed reached 255 km/h. In terms of a gearbox, you had a choice between a mechanical 5-speed and 6-speed gearbox, as well as a 6-speed sequential gearbox. 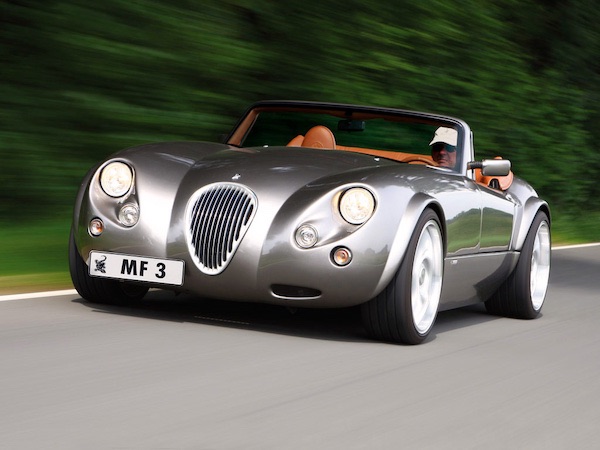 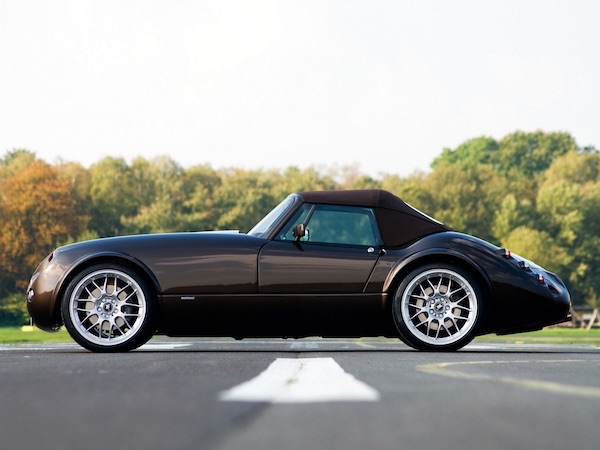 In a small Dülmen town, the manufacturing technology of these roadsters was different than what most famous sports car companies were used to. Manufaktur der Individualisten (that’s how they called the company established in 1988) run by brothers created the cars at ease, while checking every single detail, every link, assembling the car by hand in spacious and bright spaces instead of using a conveyor. Wiesmann brothers once proudly said that the complete assembly requires 320 hours of work.

The car’s base was a three-dimensional frame made of galvanized steel parts. Bodywork’s bottom, a wall between the inside of a car and engine, sides of motor’s cabin - all were made from aluminium sheets. Such a skeleton was later equipped with exterior elements made according to Martin Wiesmann’s project (spoiler, hood, doors) from the high-grade glass-reinforced plastic. 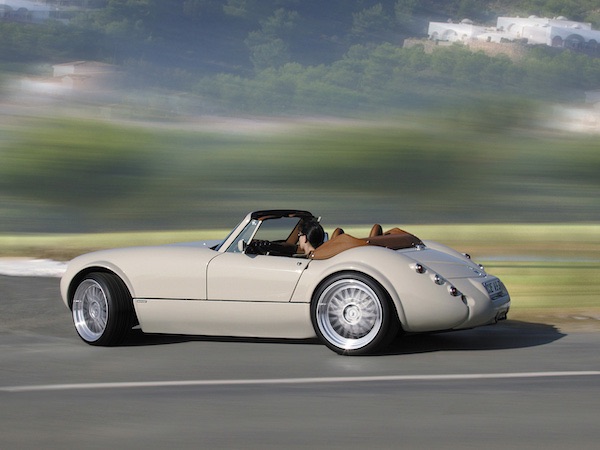 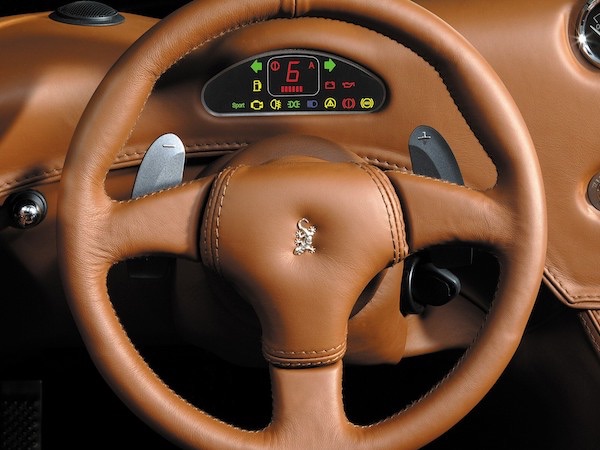 The interior was all covered in leather - seats, parts of the doors, etc. All, including the roof awning, were made in their leather. Brothers were especially proud of their construction and roof folding mechanism. But you might ask, what is so special about it? In the XX century, there has been plenty of decent roof folding mechanisms applied for convertibles and roadsters, feel free to use it anytime. However, Martin Wiesmann invented his own; in his opinion, a better solution. It matches the brothers’ attitude to improve the quality of things that already seem perfect.

Not much was bought from other car makers - BBS alloy wheels, appliances, headlights and, as mentioned before, BMW aggregates - the engine, gearbox, and some other parts. Every single person ordering a roadster could ask for any colour as there were no constraints. That is why manufacturers reasonably said that every finished car that has an emblem of silver lizard on it differs from previously made cars just enough to retain its individual features. 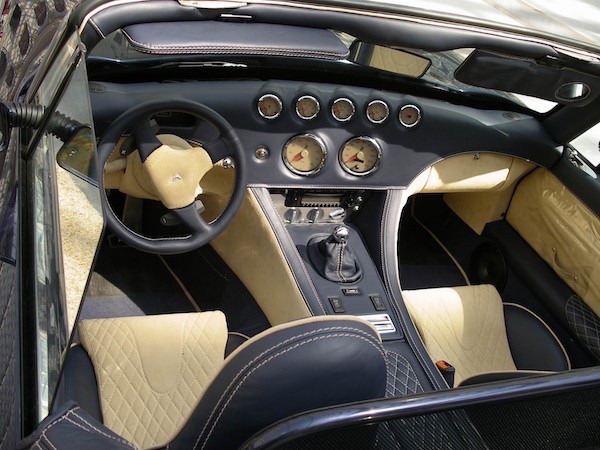 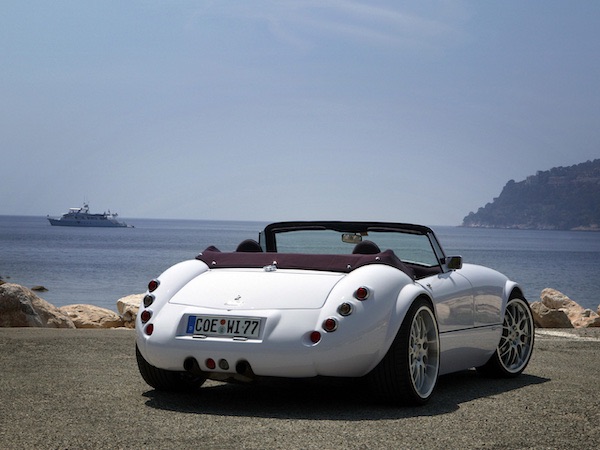 Of course, there is always something to cling on. In fact, Wiesmann MF3 is not entirely original. It resembles a few cars, starting with a famous Carolo Shelby AC Cobra, post-war Jaguar XK and, of course, Austin-Healey 3000. It seems that Martin Wiesmann constructed his dream car as a collage of classic sports cars.

In 2004, brothers presented a new classic coupé Wiesmann GT MF4. The car’s construction was assembled from light aluminium alloy elements, as well as levers in the suspension. The bodywork was again made from glass-reinforced plastic, and aggregates are taken from newer BMW models: V-type 4,4-litre engine with 408 HP and 6-speed automatic gearbox. A car of just 1,19 m height and 1390 kg weight could reach from zero to 100 km/h in 4,6 seconds, with max speed being 291 km/h. 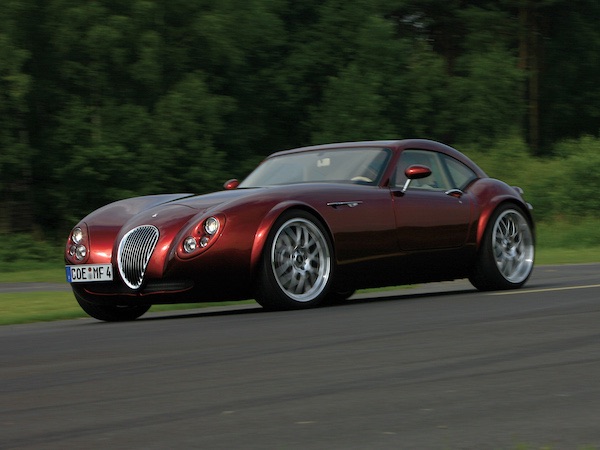 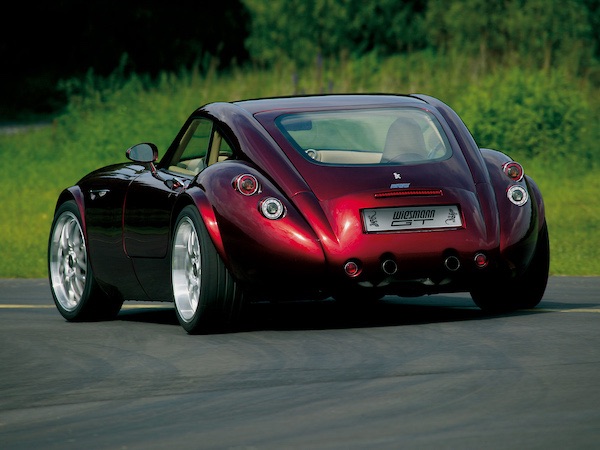 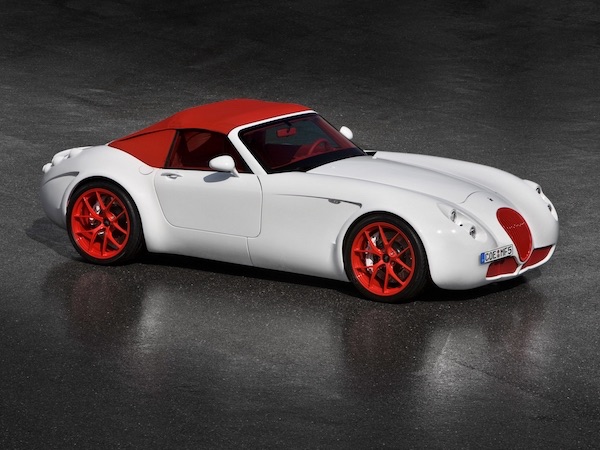 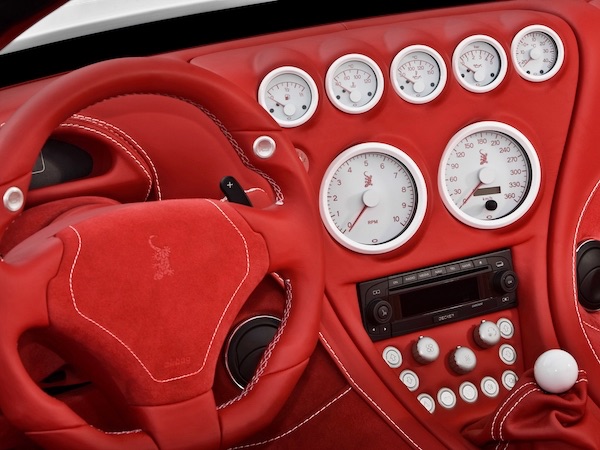 Up until 2013, Wiesmann sold 1600 sports cars. Back then, both brothers left the management, and the company started to run into problems. It seemed that May of 2014 was the end of it. However, in 2016, the company’s creditors agreed with the proposal of Indian investors. Roheen and Sahir Berry from London paid €5,700,000 for Wiesmann and invested even more for further developments.

It is said that the rebirth of Wiesmann will be marked on August 30th at the Salon Privé Concours d’Elégance, Blenheim Palace (UK) where the nex-gen model will be presented.