How Auto Industry Giant General Motors came to be

These days, we witness a new era of concentration in the auto industry. Big manufacturing companies acquire smaller ones or look for partners to create new products and optimize expenses. But this time, let’s explore how one of the biggest manufacturers was born, one that united several troublesome companies over 110 years ago.

At the beginning of the 1900s, America was quite a fascinating country - free from European traditions and its inherent conservatism. Here, nobody minded where you come from, or if you have royal blood. Everyone’s success was determined by personal initiative, skill set and willingness to take risks. That is why this country attracted so many active people that wanted to use the opportunities America provided.

Amongst the crowd of immigrants, there were sons of a Swiss watchmaker - brothers Chevrolet that came to the USA in 1900. Louis Chevrolet was a 22-year old young man from a small town of La-Chaux-de-Fonds. He and his brothers Alfred, Arthur and Gaston got their first jobs at a factory that made parts for tricycles and later for other transportation. The company’s owner was another immigrant from Switzerland, William Walter. Soon, all brothers became race drivers. In 1905, Louis Chevrolet even managed to outmatch a famous Ford racer, Barney Oldfield. 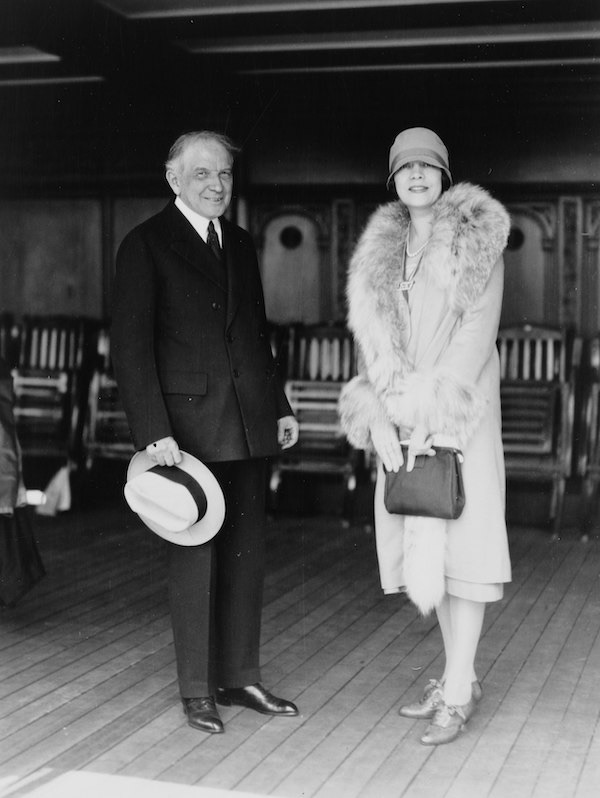 Automotive magnate W.C. Durant and his wife in 1928
© Wikimedia Commons

Back then, in a town of Flint, Michigan, a businessman and carriage maker William C. Durant (also known as Billy Durant) took over Buick Motor Car Company, a business registered in the same city. It had been established in 1903 by a talented engineer David Buick, Walter Marr, and brothers Benjamin and Frank Briscoe. Sadly, the efforts of these pioneers were not measured correctly. In 1904, Buick Motor Company sold only 27 vehicles. So, the energetic (and sometimes aggressively) Billy Durant bought the company without overthinking. And, over a couple of years, it managed to sell over 2,300 Buick cars. That is when a 35-year old businessman got rid of the company’s founders, throwing out D. Buick from the board of directors first. 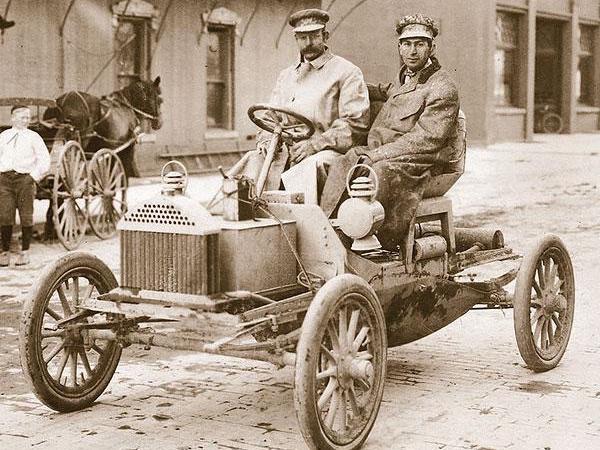 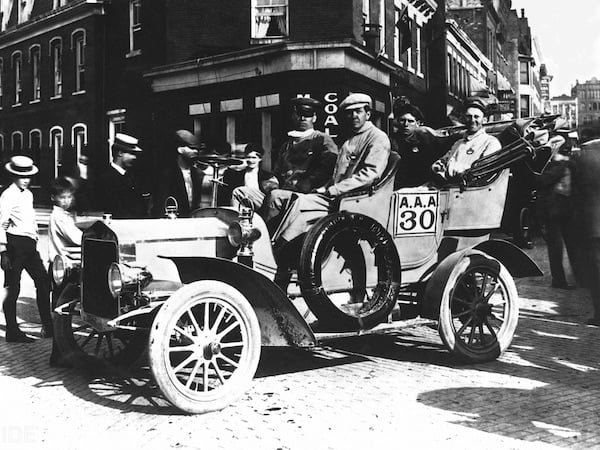 Even at that time, at the “dawn of motoring”, Billy Durant saw that achieving victories in motorsport is the best advertising for any car. After beating Barney Oldfield, he began carefully following careers of Chevrolet brothers. However, a prudent businessman did not invite them over right away. He had to be sure that they are worth it. Only in the summer of 1907, Arthur Chevrolet became Durant’s personal driver, while a madcap brother Louis took the racer’s position. Durant was not mistaken - the name of Louis Chevrolet (as well as Buick cars that he drove) often appeared on the first page of most newspapers, whether it is because of a victory or a sensational crash.

Marketing helps to proper Buick sales, so Billy Durant begins to expand his empire. He buys Maxwell-Briscoe, Reo, Oldsmobile, Cadillac, Oakland, Welch and a few smaller car companies. Finally, he tries to buy out Henry Ford’s company for $8,000,000 but doesn’t get the loan. On September 16th 1908, General Motors Company was established. Executives from other companies are joining it, including names like Maxwell-Briscoe, Reo, Oldsmobile, Cadillac, Oakland, and Welch.

Billy’s passionate yet risky activities while being a chairman of General Motors did not sit well with the concern’s co-owners, more so with banks. So, when the financial crisis struck General Motors in 1910, Durant was fired, and Charles Nash took his place. However, a new executive made one mistake - he allowed Louis Chevrolet to leave with Durant. Not only GM lost a famous race driver but also created a new rival.

Billy Durant did not give up - he immediately started three new companies. One of them was the Chevrolet Motor Car Company. Back then, he noticed that Louis Chevrolet is also a talented car builder. According to some, Louis was the one who built the first six-cylinder Buick model. It was time to take advantage of his skills. Moreover, Durant thought that a famous name would make a seemingly unknown company popular.

In 1911, the first creation by Louis Chevrolet was presented - Classic Six. It cost $2,150, had 4,9-litre, six-cylinder engine. By the end of the year, a company sold 2999 Chevrolet cars. Next year, Light Six was released, and in 1914, an era of popular four-cylinder models began, which would compete with Ford Model T. All went even better when in 1915, Chevrolet 490 saw the light of the day. It cost $50 more than Ford T, but it was more luxurious and easier to handle. 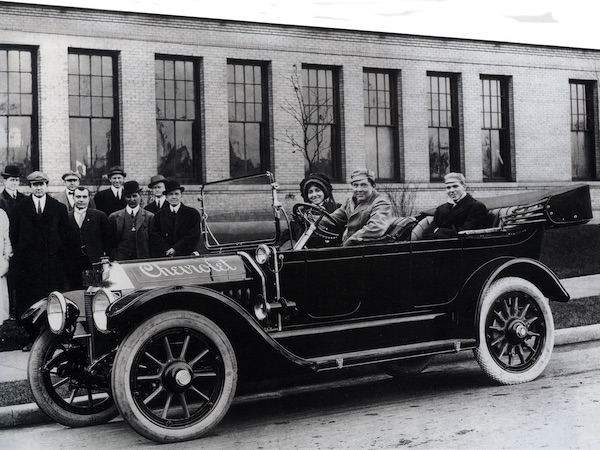 After accumulating more capital, Durant decides to teach the executives of General Motors a lesson. He announced that he is exchanging five Chevrolet stocks to one GM stock. There was a stir among the minority of shareholders. Nonetheless, this trick helped Durant to obtain most of GM shares in 1917. His opponents were forced to withdraw, and later, Ch. Nash and Walter Chrysler went on to create their own companies. 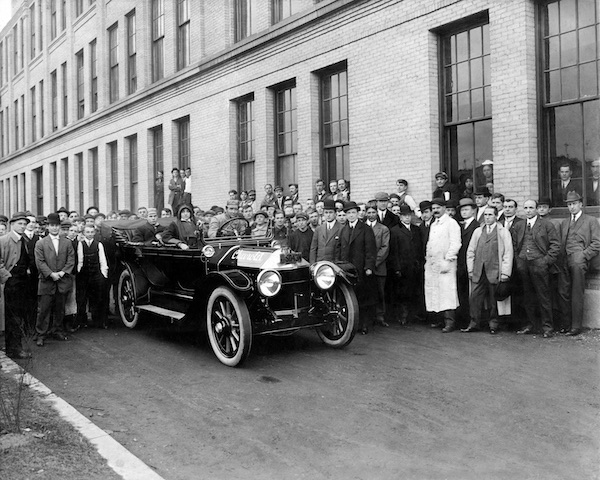 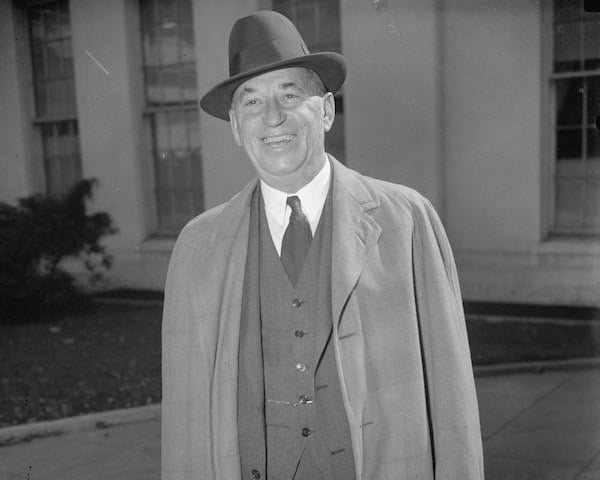 Worth mentioning that this time, Durant did not stay in a chairman’s post for long. In 1920, financial problems made him resign, and since then, we never came back to General Motors ever again. Due to the efforts of Alfred P. Sloan, the concern grew into a large organization, leading the industry on a global scale until this day.

But what about Louis Chevrolet? Apparently, the job in concern did not satisfy him. He had an argument with Durant early on and left GM in 1913. After a year, he returned to the motorsport arena. You can read more about his history in Dyler.com article „Louis Chevrolet – A Man Ahead of His Time“.