Sports car designer John Cooper was a steadfast believer in the potential of compact four-seater’s race track. In collaboration with Alec Issigonis, the creator of the classic Mini, he developed ideas for variants of the small car with a more powerful engine. As a result, he laid the foundations for an outstanding career on racing circuits and rally tracks, culminating in three outright victories at the Monte Carlo Rally in the 1960s.

Born in Surrey in 1923, John Cooper was one of the most notable celebrities in global motorsport – both as a driver and, even more so, as a builder. Together with his father, he established the Cooper Car Company in 1946. The two enthusiasts started with the construction of racing cars - first for Formula 3 and later for Formula 1. Charles and John Cooper set a truly radical trend in the entire world of motorsport in 1955 through their concept of a mid-engined sports car. Cooper racing cars won both the Constructor’s and Driver’s titles in the World Formula 1 Championship in 1959 and 1960. For the first time in the history of motorsport, a car with the engine mounted in the middle won the Championship. And with this concept proving its success so convincingly, it is no surprise that soon, all cars in Formula 1 came with a mid-mounted engine. 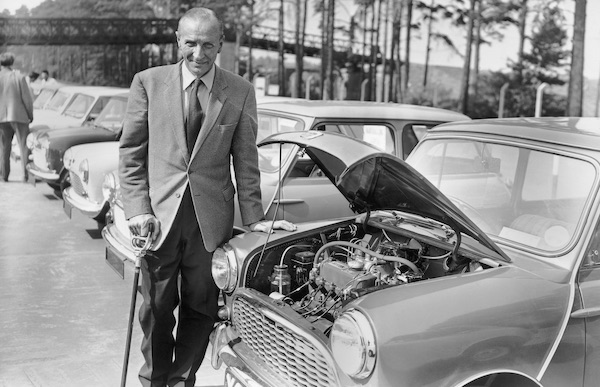 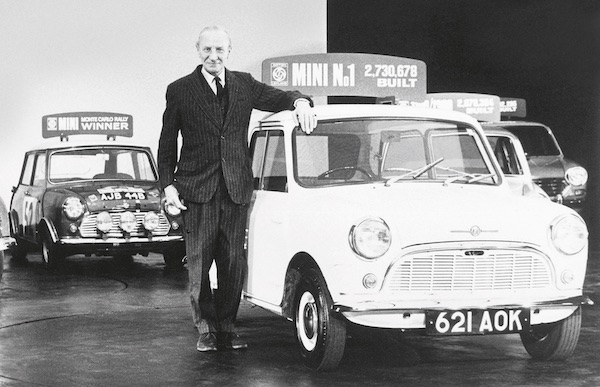 John Cooper and Alec Issigonis became close friends over time after meeting and competing against one another at numerous races. There were also expert ties between the two, with the Cooper Car Company buying engines from BMC.

However, when it came to the Mini, the sporting ambitions of the two constructors were very different. While Issigonis was looking above all at the right car for everyday motoring, Cooper was thrilled by the sporting potential of this small and agile performer. So back in 1959, the very first year of the Mini, he sent his driver Roy Salvadori to Monza in the very first Mini Cooper. It was a special one-off model explicitly built for this purpose. And indeed, this new sports car immediately proved its qualities on the way to Monza. Salvadori covered the distance more than an hour faster than his colleague Reg Parnell who just happened to be driving Aston Martin DB4. 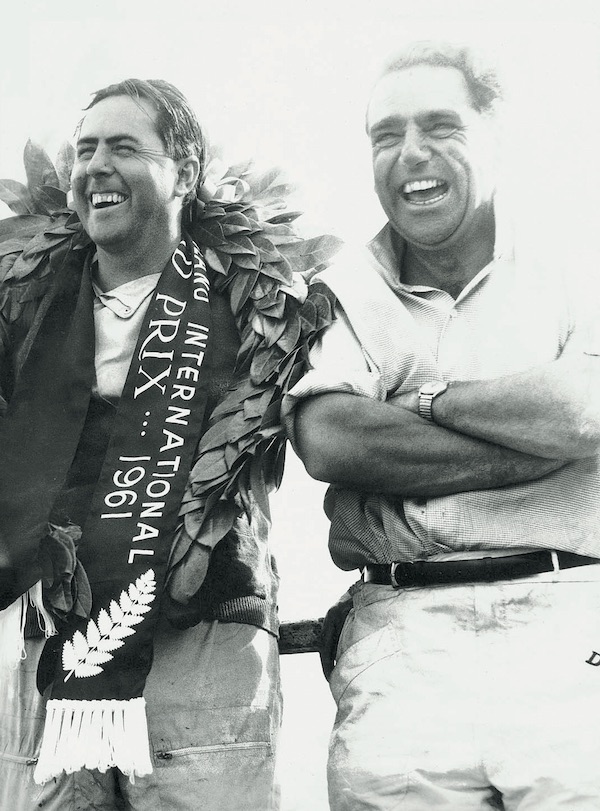 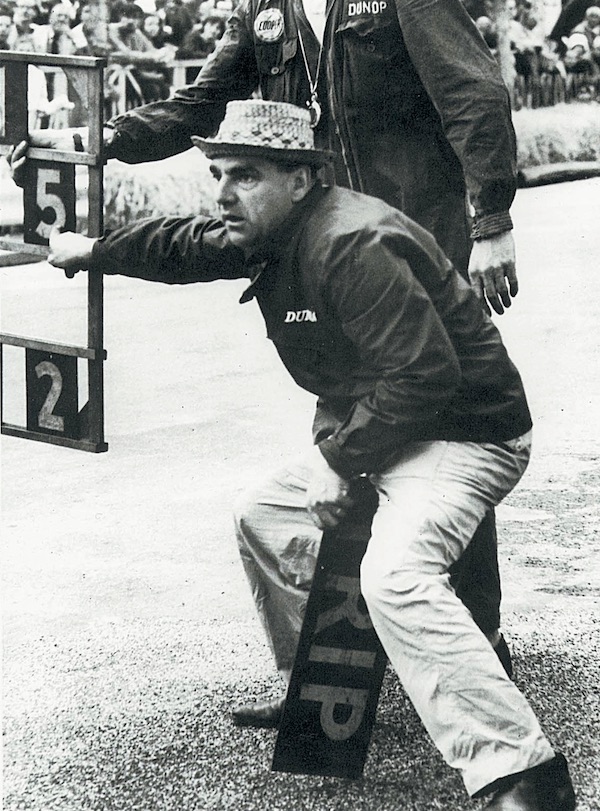 Motivated by initial success in the 1960 Monte Carlo Rally, Cooper suggested building a GT model based on the Mini. Despite Issigonis’ somewhat sceptical opinion to even start, George Harriman, the Chief Executive Officer of BMC, ultimately decided to build a small series of 1,000 Mini Coopers featuring a 55-hp power unit. That is 21 extra horsepower made possible by far-reaching alterations of the engine. The Mini Cooper’s top speed was around 130 km/h or 80 mph. The car’s transmission ratios were adjusted to the sporting potential of the engine. Moreover, disc brakes on the front wheels ensured adequate stopping power.

Soon Issigonis got thrilled by the results of these efforts. After joining forces with John Cooper, he quickly started working on the next engine upgrade, increasing engine bore to the ultimate limit on the Mini Cooper S. At 1,071 cc, the engine’s capacity remained below the mark of 1,100 cc applicable in the particular class of motorsport seen as the target, with the engine revving up to impressive speeds. Maximum output was 70 hp at 6,200 rpm, and maximum engine speed was 7,200 rpm. This version was again equipped with new brakes, braking power being boosted by a brake servo.

The golden years of the Monte Carlo Rally

This set the basis for dramatic success in motorsport, the Mini Cooper S hitting the headlines in Monte Carlo for the first time in 1962. With Finnish driver Rauno Aaltonen at the wheel, this small but highly nimble performer successfully left behind a whole pack of far more powerful Goliaths. But just three kilometres away from home, Aaltonen, leading the race at the time, misjudged a bend and finished the Rally with a rollover. 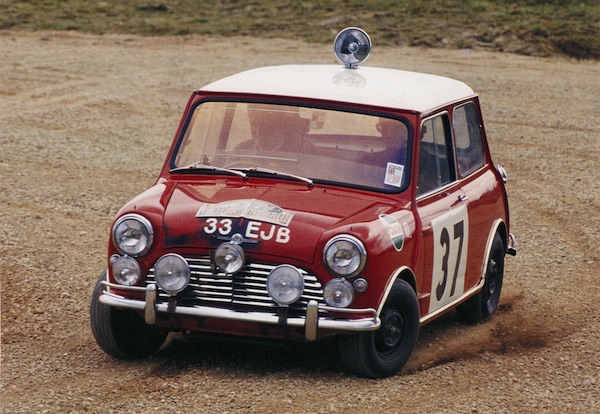 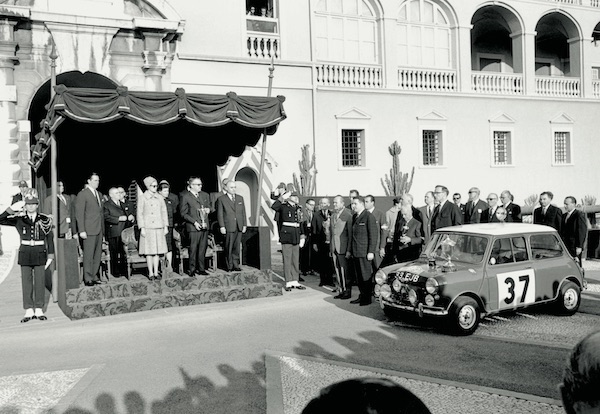 Only a year later, however, Aaltonen made up for this misfortune, bringing home class victory in the Mini Cooper S and finishing third overall. But even more – and even better – was still to come: Entering the 1963/1964 rally winter, the Mini Cooper S was simply oozing power in contrast to its predecessor. So in a thrilling race, Paddy Hopkirk brought home first place overall in the Monte Carlo Rally. The small performer became a legend in motorsport virtually overnight. A year later, Finnish racer Timo Mäkinen with his co-pilot Paul Easter repeated the same triumphant victory. They reached the finish line after thousands of kilometres as the only driver without one single penalty point – despite the worst weather imaginable. Indeed, only 35 out of 237 cars that entered the event were able to finish the Rally that year, among them no less than three Mini Cooper S. 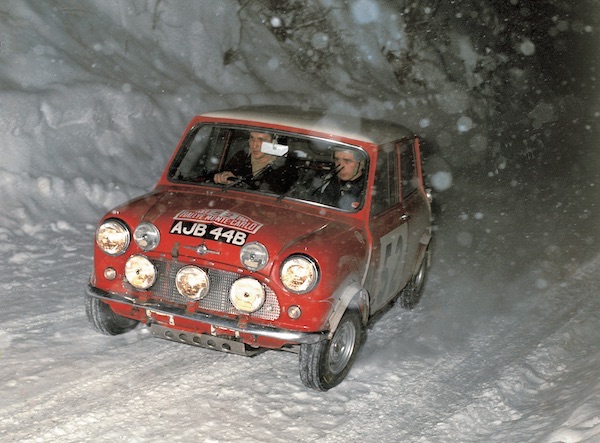 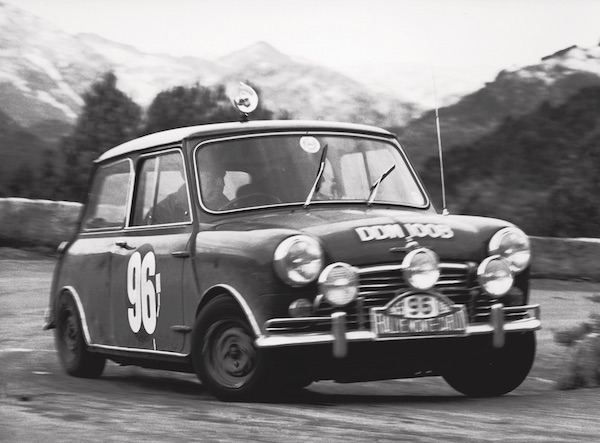 The following year was the year of the hattrick, Timo Mäkinen, Rauno Aaltonen and Paddy Hopkirk scoring an incredible victory, finishing first, second, and third. But this was followed by bitter regret. The first three cars were disqualified because the rally commissioners concluded that the low beams on the Mini’s main headlights failed to comply in full with the homologation rules. 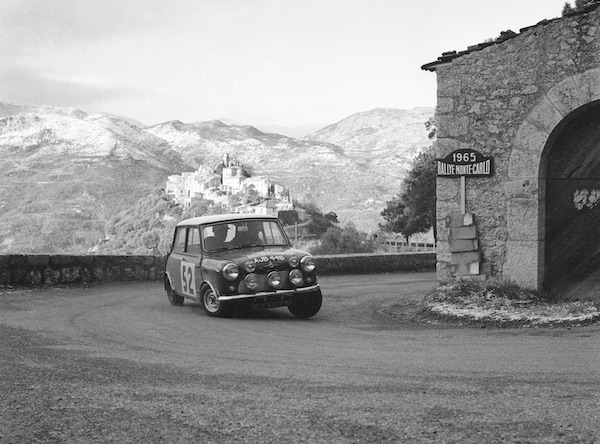 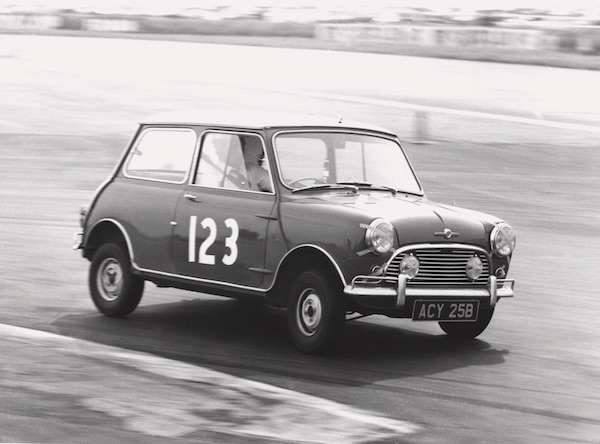 Mäkinen/Easter in the Mini-Cooper at the Monte Carlo Rally, 1965
© Mini

Even so, the public was utterly thrilled by the three Mini drivers, despite this questionable decision. As a result, Hopkirk, Aaltonen and Mäkinen entered the annals of the Monte Carlo Rally as the “Three Musketeers”. And indeed, just one year later, Rauno Aaltonen received truly overwhelming applause and acknowledgement when he brought home the third overall victory of the Mini Cooper S in the Monte Carlo Rally. Mainly because this time there were no complaints about his car. 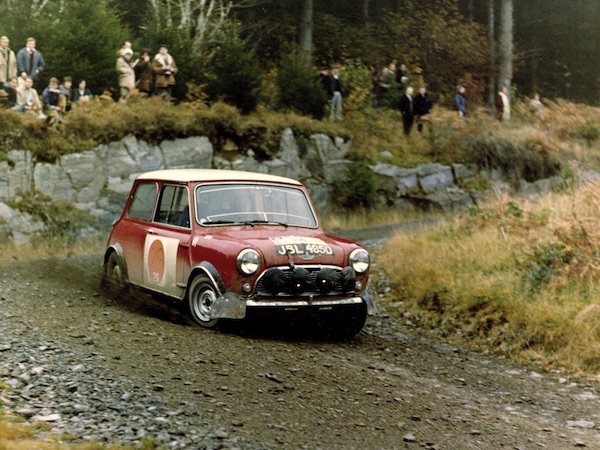 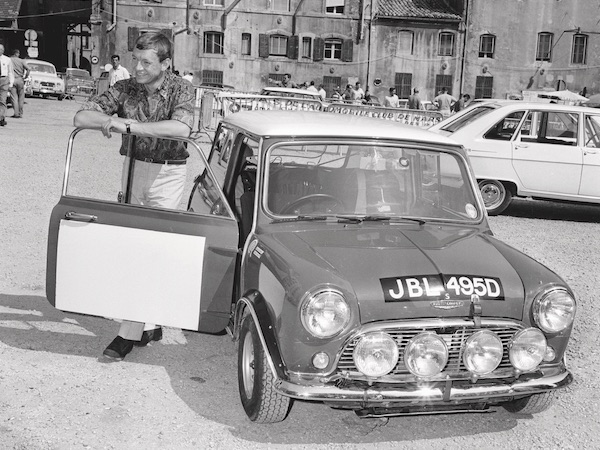 Rauno Aaltonen and Henry Liddon in the Mini Cooper at the Alpine Rallye, 1966
© Mini