Films have the power to capture our attention and catalyze our fascination by putting us into situations extreme and mesmerizing compared to our everyday lives. Narratives of popular movies can cause mass hysteria about personalities or places that appear on screen, just think of all the tourists flooding to Paris after watching numerous romantic flicks.

This is a website, dedicated for cars enthusiasts, thus we are much more inclined to look at how the art of cinema can transform vehicles into icons. Hardly anything gets our blood pumping more than a footage of a speedy escape or chase. Thus here we look at three classic cars that attained their cult status through engaging in some high speed action on silver screens.

Vanishing Point (1971) has made it to virtually every listicle on the most important car films. Film’s premise is quite simple – an ex-cop and generally cool macho-man decides to race against the clock, delivering a brand new second generation Challenger R/T from Denver to San Francisco (just under 2,000 kms). Weirdly enough, the film was not intended to gain such following. Film’s director, Richard Sarafari, had a fairly limited budget for the film and many members of the production team merely joined for an opportunity to party in the desert. Even the choice of the iconic Alpine White Challenger R/T was quite accidental – it was selected over other muscle cars of the era primarily because Chrysler (owning Dodge brand) had a history of easily lending cars for Hollywood flicks. 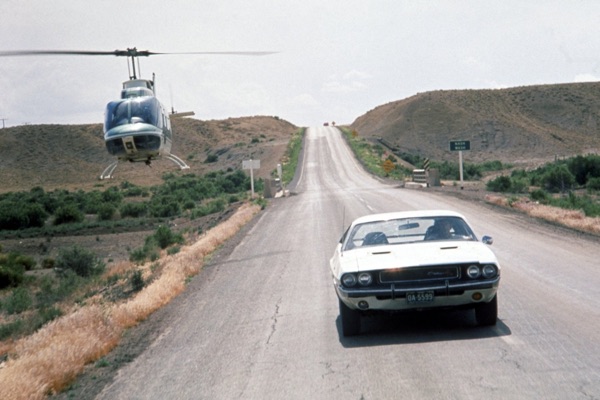 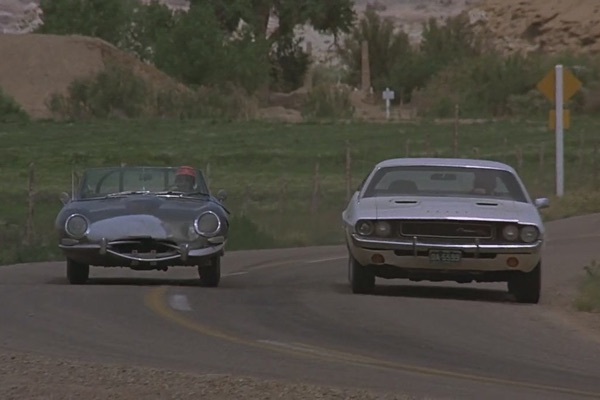 Upon taking the cars back, Chrysler decided to crush them instead of using them as promotional vehicles. Part of the reason was the aforementioned negative associations, but it was also due to the sorry state of those cars after they have gone through all the stunts. Although the original cars are long gone, Vanishing Point fans build their own replica cars and even use them to follow the film’s route from Denver to California.

Another unforgettable cinema chase spawned by the heyday of muscle cars. Unlike the Vantage Point, Bullitt (1968) is primarily about one policeman's struggle to protect his witness and solve a crime rather than intense driving. Despite this main plot line, the film is currently remembered for its scene, where Bullitt (Steve McQueen) is escaping the baddies with his 1968 Mustang GT Fastback. Supposedly, it was McQueen himself that insisted on this chase sequence happening. After all, it is a widely known fact that the star was an avid race driver and car fanatic.

It is unclear why the Mustang, in particular, was chosen for this role, most probably it happened since Warner Bros, that made the film, were in close ties with Ford at that time. No matter what the reasons were, we can all agree that this stripped-down fastback in dark green and on wide American Racing wheels was menacing. Arguably, it looked better than the boxy first-gen Challenger R/T used by the baddies in the iconic chase through streets of Frisco. It was not only the Mustangs looks that were altered – the cars received beefier suspension to handle the jumps and more power to make those jumps easier. Unlike with Vanishing Point, only one of the two celebrity cars were crushed – the one that did all of the jumping and ramming. Another is one of the most sought after Mustangs today and is currently owned by a private owner, safely stored in a garage. 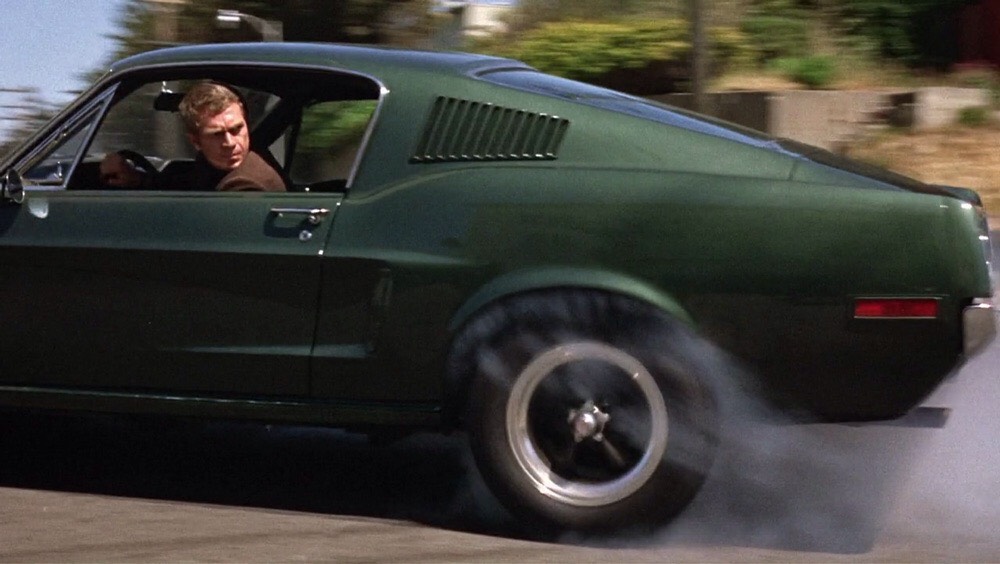 Needless to say, the film definitely contributed to Mustangs’s popularity, especially in Fastback body configuration. The San Francisco chase scene remains to be one of the most thrilling Hollywood’s rides and most popular McQueen’s on-screen appearances. 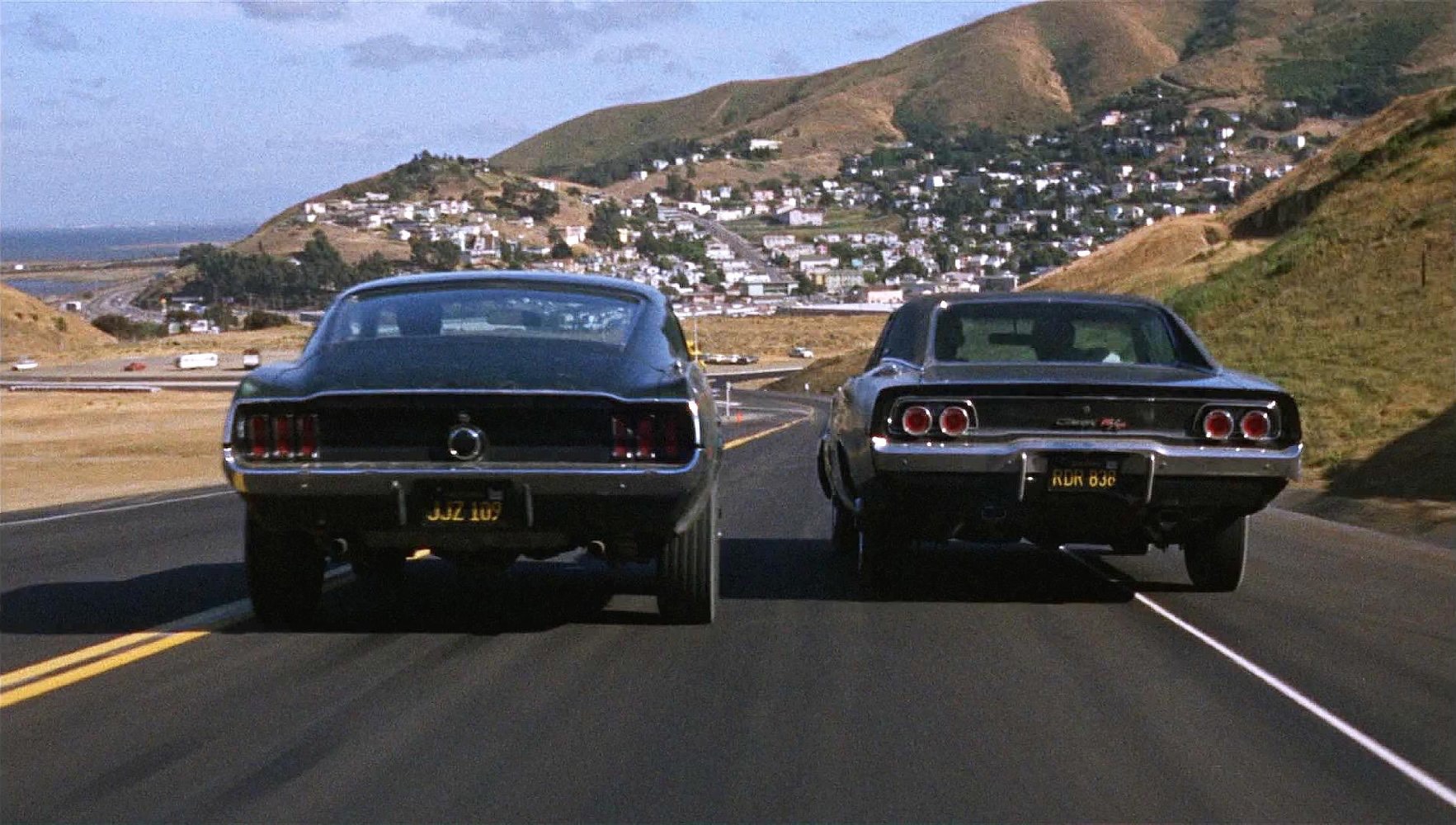 This classic British robbery flick has proven that you do not need big engines for an exciting chase sequence. Despite the film featuring automotive royalty such as Lamborghini Miura, Jaguar E-type and Aston Martin DB4, their spotlight was stolen by three Minis in Union Jack colors. The lengthy getaway scene takes a viewer through bustling streets of Turin, a shopping center, down the stairs of a cathedral and even the sewers. This sequence has been capable of maintaining generations of cinema lovers at the edge of their seats and it ends with an impressive feat of loading all three Minis onto a moving bus. You can see the clip below:

By 1969, the sporty version of humble Mini, Cooper S, had made a name for itself with a number of racing wins, including the infamous Monte Carlo rally. It comes as no surprise, then, that the film’s director, Peter Collinson, wanted to use these iconic British motors to outrun the Italian cops in Fiats and Alfas. British Motor Corporation was not too keen on giving Minis away for promotional use, so the producers actually had to buy the cars. In contrast, Fiat were ready to provide film makers with a fleet of cars for free, especially since the film took place in Turin, the hometown of Fiat. 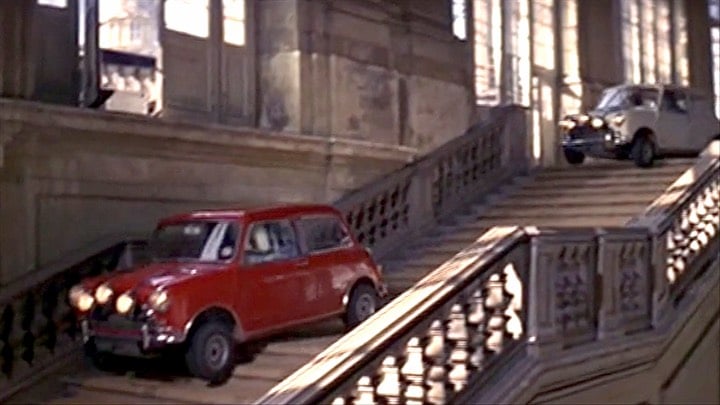 In the Italian Job, viewers witness the robbers dropping their getaway Coopers off a cliff, which is pretty much the faith that met all of the 16 cars used for filming. They were damaged beyond repair after performing all of the stunts and scrapped afterward. Fortunately, one dedicated Mini and the Italian Job enthusiast bought the remaining bits of the film cars and painstakingly recreated the trio. He even consulted the film crew, including Sir Caine himself. 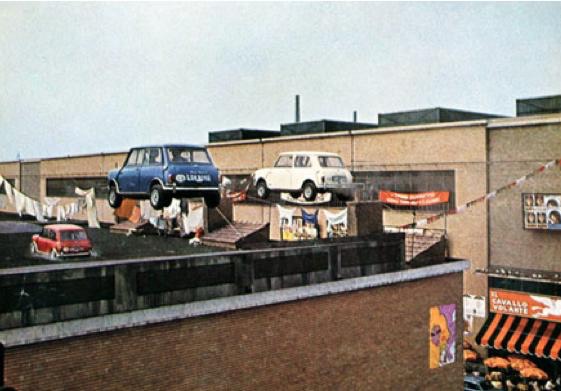 It would be wrong to assume that these chase scenes singlehandedly transformed the aforementioned classic cars into objects of lust among petrolheads. After all, the directors started off with cars that already had plenty of appeal, either in terms of power, speed or just pure style. But there is no denying that these getaway vehicles have a steady fan base, as dedicated fans keep building their replicas.