How Porsche Boxster Brought the Company into the New Century

Today Porsche is one of the most successful luxury car brands, which makes it easy to forget the things that were not so schön for the Zuffenhausen automaker just a couple of decades ago. By 1993, Porsche was selling only 14,000 cars annually in the whole world, down from around 50,000 units per year in the 80s. It was time to act if Porsche wanted to avoid bankruptcy or acquisition.

It was evident that the market tastes had shifted – buyers had lost interest in 968 and 911 coupes. In the meantime, one segment that had grown – it was that of convertible roadsters, revived largely by Mazda and their MX-5. Porsche were convinced a topless two-seater with Porsche DNA was what could save the company. They dug in their back catalogue and found Porsche 550 Spyder – a mid-engined roadster, a racecar which dominated the 1.1 l and 1.5 l classes in the 50s. 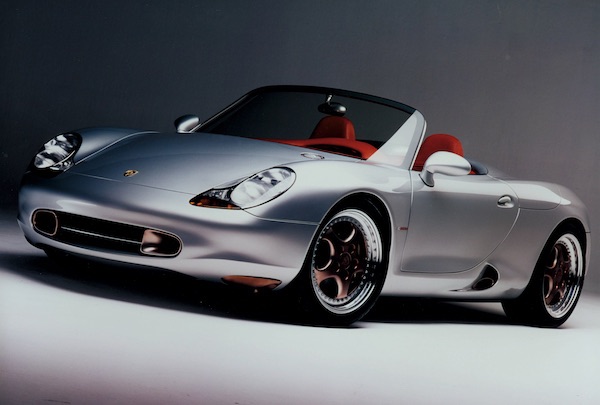 The original 1992 concept paid homage to the 550 Spyder
© Porsche 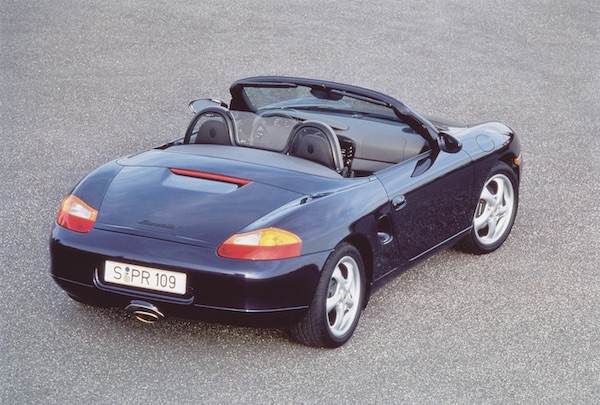 While the basic concept of the roadster was from the mid-century, its manufacturing technique certainly was not. Porsche knew that to turn a healthy profit, they needed to optimize the production process of their new model. For consulting, they turned to a company that is synonymous with efficiency and build quality – Toyota. The Japanese manufacturer put their knowledge to practice, cutting down the assembly time by 40% and halving the error rate.

A Dutchman Harm Lagaay was tasked to design this new car, which was named Boxster. That is a combination of words “boxer” and “roadster”. Pretty clever. Internally and among Porsche aficionados the car was known as 986, keeping with Porsche 3 digit nomenclature. 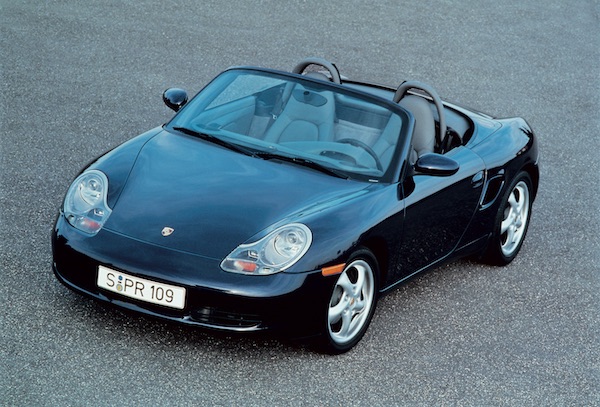 Not everyone is a fan of its rounded design today
© Porsche 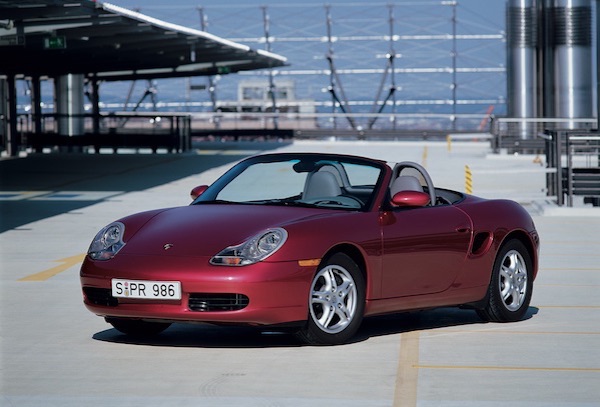 Boxster concept was revealed to the public in 1993, stoking everyone’s excitement. Lagaay managed to maintain the ethos of 550 Spyder while making the car contemporary. To everyone’s relief, when the mass production Boxster debuted in 1997, it was very close to the original concept. Even though it was a massive hit back then, the design has not aged well, and rounded 90s blobject aesthetics have few fans today. 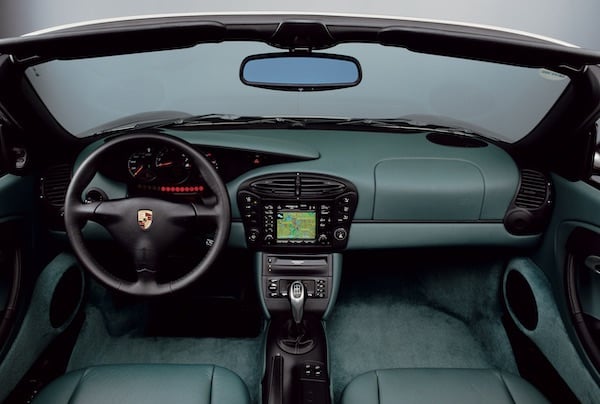 Interior of the original Boxster
© Porsche 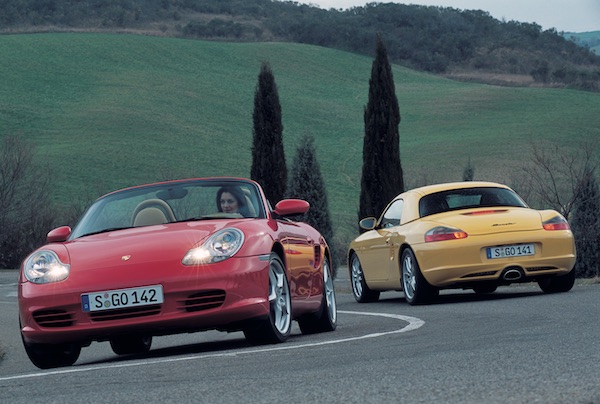 Boxster S (on the left) had an additional cooling intake
© Porsche

Despite the retro-modern design, critics scoffed at Porsche cost-cutting measures. Pursuing excellence inefficiency, their engineers co-developed the Boxster with 996 generation of 911. A lot of the components between the two cars are interchangeable, even the flat-6 engines are based on the same architecture. Some claim that makes the flagship 911 a bit less special. Albeit, Boxster only received the 2.5 liter version of it, while 911 came with a 3.4. Marque’s hierarchy had to be maintained.

Even without the extra oomph, Boxster was applauded by the testers, praising its balance and handling. One would not expect anything less from a lightweight mid-engine sports car from a company with such a pedigree as Porsche. 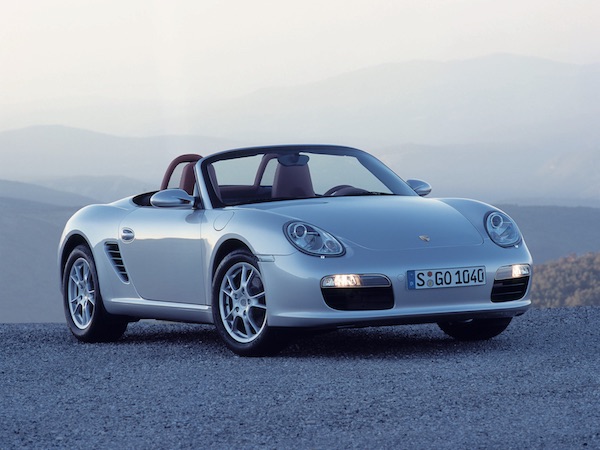 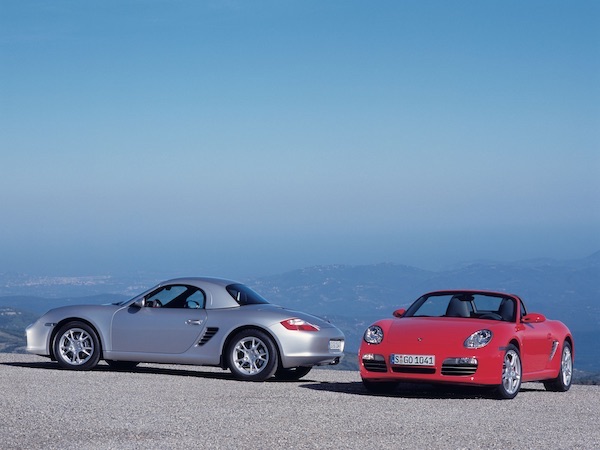 When Boxster first came out, BMW had already launched their Z3 and Mercedes-Benz had started selling the SLK. Even with such competition, Boxster became Porsche best-seller, guaranteeing the manufacturer a healthy bottom line and saving it from the acquisition.

For the year 2000, regular Boxster engine was increased to 2.7 liter, adding 16 bhp (217 in total), while a 3.2 litre and 249 bhp Boxster S was offered as the higher spec. The S can be distinguished by the third opening in the front bumper. And different badging, of course. 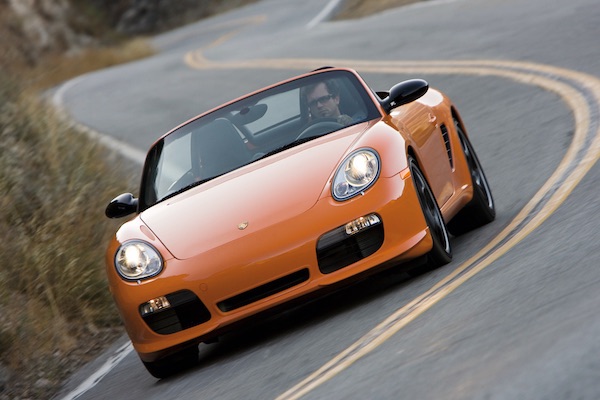 987 Boxster RS60 Spyder was the ultimate Boxster back then
© Porsche 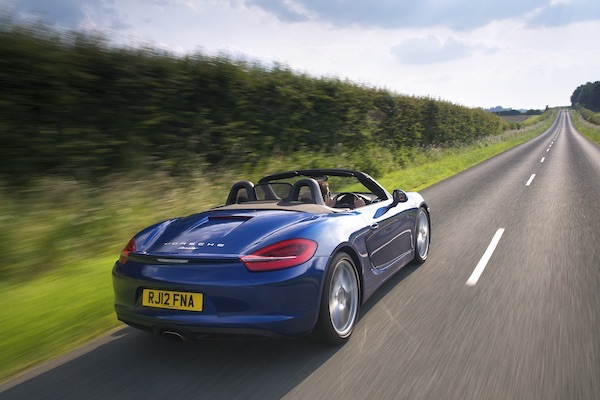 Over the coming years, the 986 received a few updates, improving build quality, looks and bumping the power. But in 2004 Porsche unveiled a new generation of Boxster, internally called 987. The new car was improved in every way, with sharper looks and more power while retaining the impeccable balance of its predecessor. Penny pinching was a thing of the past and the new car received plusher cabin and tech goodies like adjustable suspension.

A much more important development in the Boxster story came a year later, in 2005, when Porsche introduced Cayman S – a hardtop version of Boxster S. It was aimed at those that are not willing to sacrifice body stiffness for fresh air and extra flat-six noise. In 2006 more frugal customers could opt for a base Cayman. 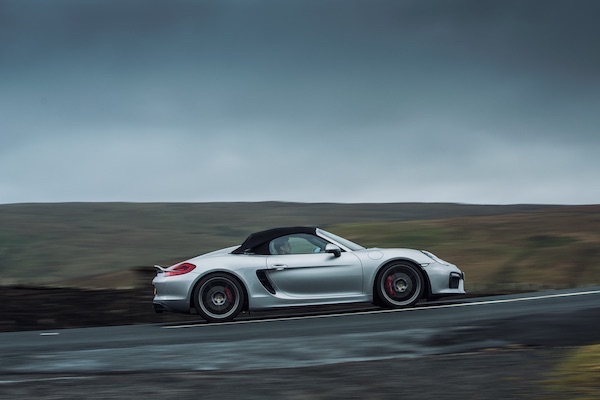 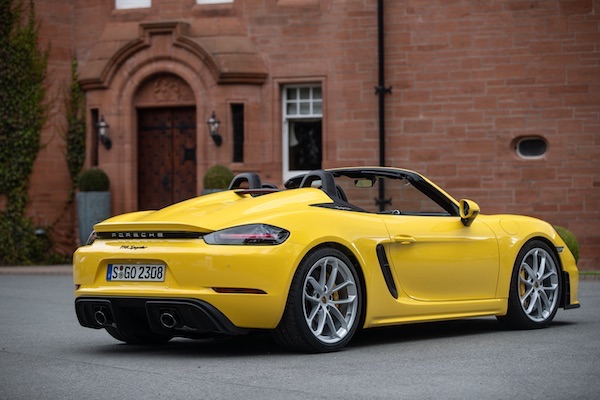 In the years that followed, Porsche mid-engined roadster developed in the same trajectory – gaining more powerful and sophisticated with each revision. The next substantial change came in 2016, when 982 model generation went on sale, with 718 denomination appended to its name. This number was a nod to another mid-engined roadster from Porsche – 718 from the late 50s, that dominated races like Le Mans and Targa Florio. Most notably, the newest generation of the Boxster (and Cayman) lost two cylinders and gained a turbocharger. Even though the car was more powerful than ever, this move did not go well with some of the Porsche loyalists. This move was just a sign of changing times and more stringent emission restrictions. However, you will be relieved to know that the sportiest like GT4 and Spyder versions of 981 still comes with 6 cylinders. 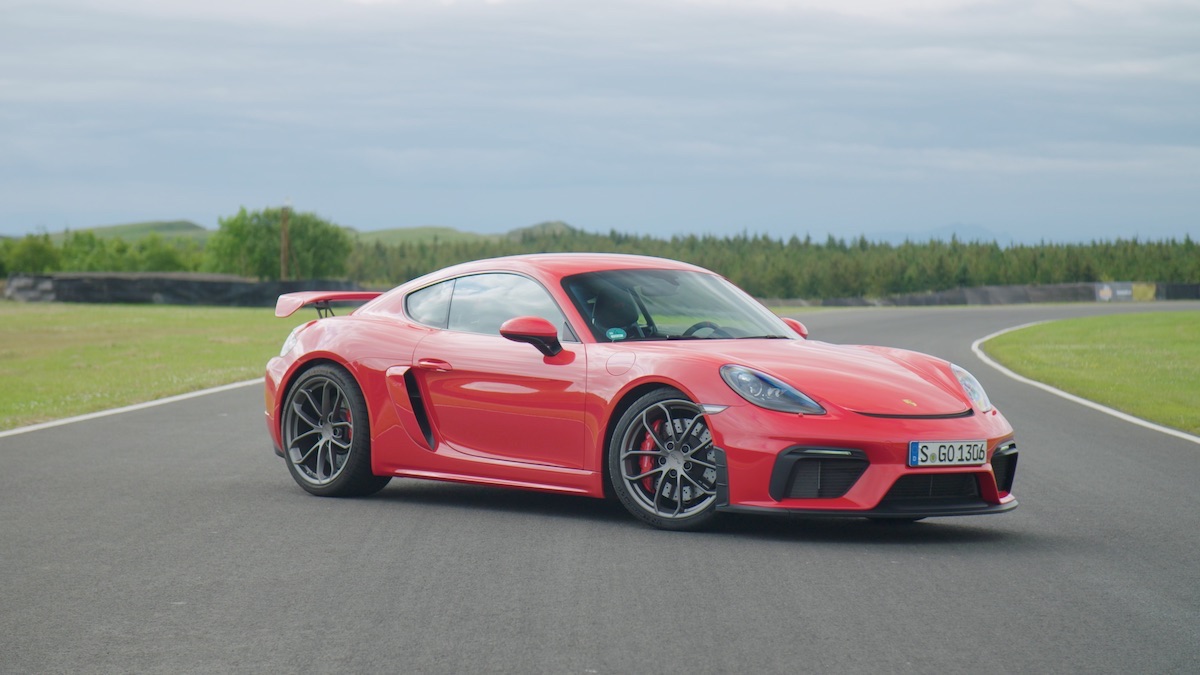 Cayman GT4 is the coupe version of Boxster Spyder
© Porsche

Nowadays, Boxster makes up only a small fraction of 250,000+ Porsches sold annually, most of them are Cayenne and Panamera sales. The model that once saved the company has almost become a niche product. Despite the spotlight moving away from the little roadster, engineers continue working on improving the brilliant and balanced driving machine.