This Week in Cars: The Volkswagen Scirocco Mk1 and Four Other Much-Wanted Youngtimers From The World of German Classic Cars

If you’ve had the chance to read our latest story, you’ll know that we at Dyler are expanding our business operations into Germany, which is home to Europe’s largest classic car and youngtimer market.

You can discover more about how and why we are doing this by clicking here, but the edition of This Week in Cars you’re reading now is all about some of the most popular classic cars and youngtimers for sale in Germany today.

These findings were taken from our analysis of the German classic car market, which showed that the most popular classic cars in Germany are those made by German manufacturers. What’s more, there is a growing interest in youngtimers amongst millennial buyers born from 1982 to 1996 due to their relatively low entry prices for both German and non-German buyers alike.

As you know, we only have the space to include five cars. So if you think we’ve missed your favourite German classic car or youngtimer out from this list, send us a message on Facebook, Instagram, or even drop me a line personally on Twitter, and we’ll change things around when it’s time to update this story.

Thanks for reading, and we’ll see you next week! 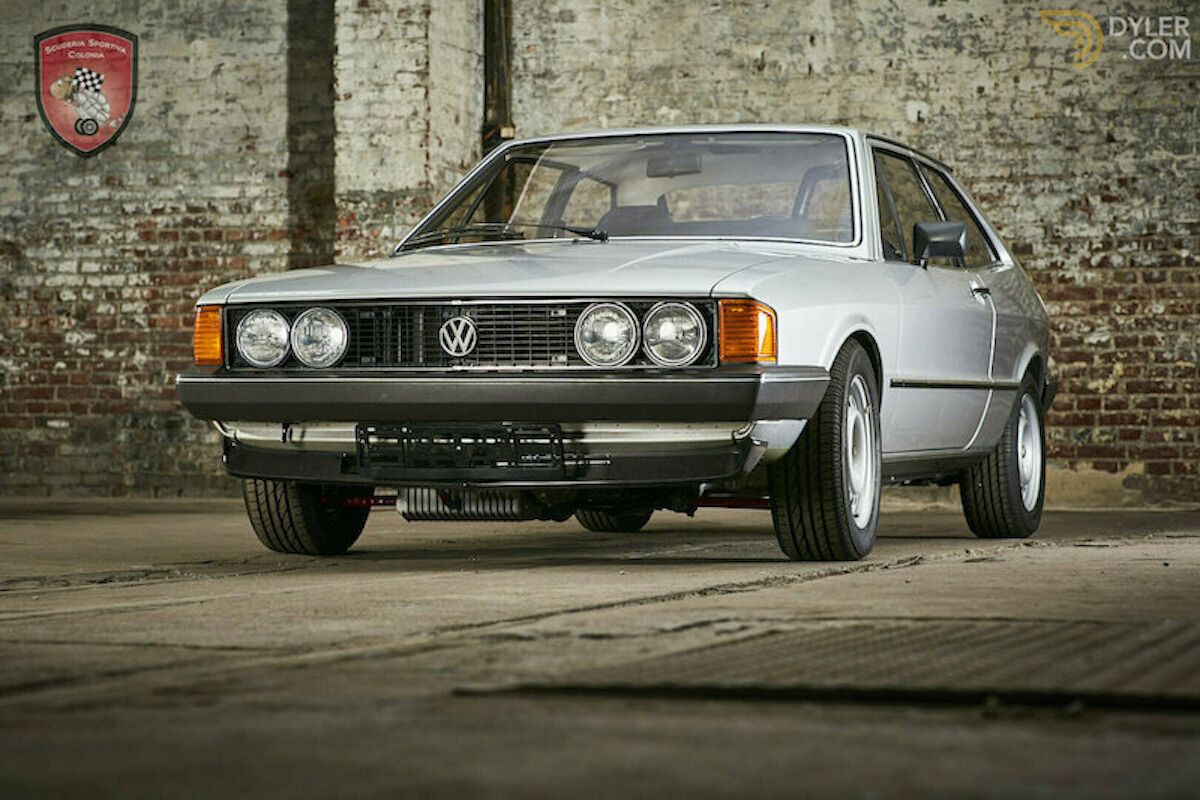 After three generations, VW eventually retired its much-loved Scirocco in 2018 as it switched its focus towards electrifying its line-up. Named after a Mediterranean wind, the Mk1 VW Scirocco was based on the first-generation Golf when it launched in 1974. VW’s first watercooled coupé was praised by the wider motoring press for its sharp Giugiaro design and engaging drive, the tuned Oettinger model - the very car you see here - was powered by a 2.0-litre, and a five-speed manual gearbox; both of which were squarely aimed at the serious driving enthusiast, especially when you consider that the Scirocco had a minuscule kerb weight of just 800 kilograms. The first-gen Scirocco was replaced by the second-gen car in 1981, which preceded the Mk2 Golf by two years and remained in production until 1992. After dropping the Scirocco name for 16 years, VW revived the Scirocco model from 2008 to 2018. The third-generation 'Roc, which was based on the much-loved Mk5 Golf, is - just like its predecessors - considered very much to be a classic of its time. 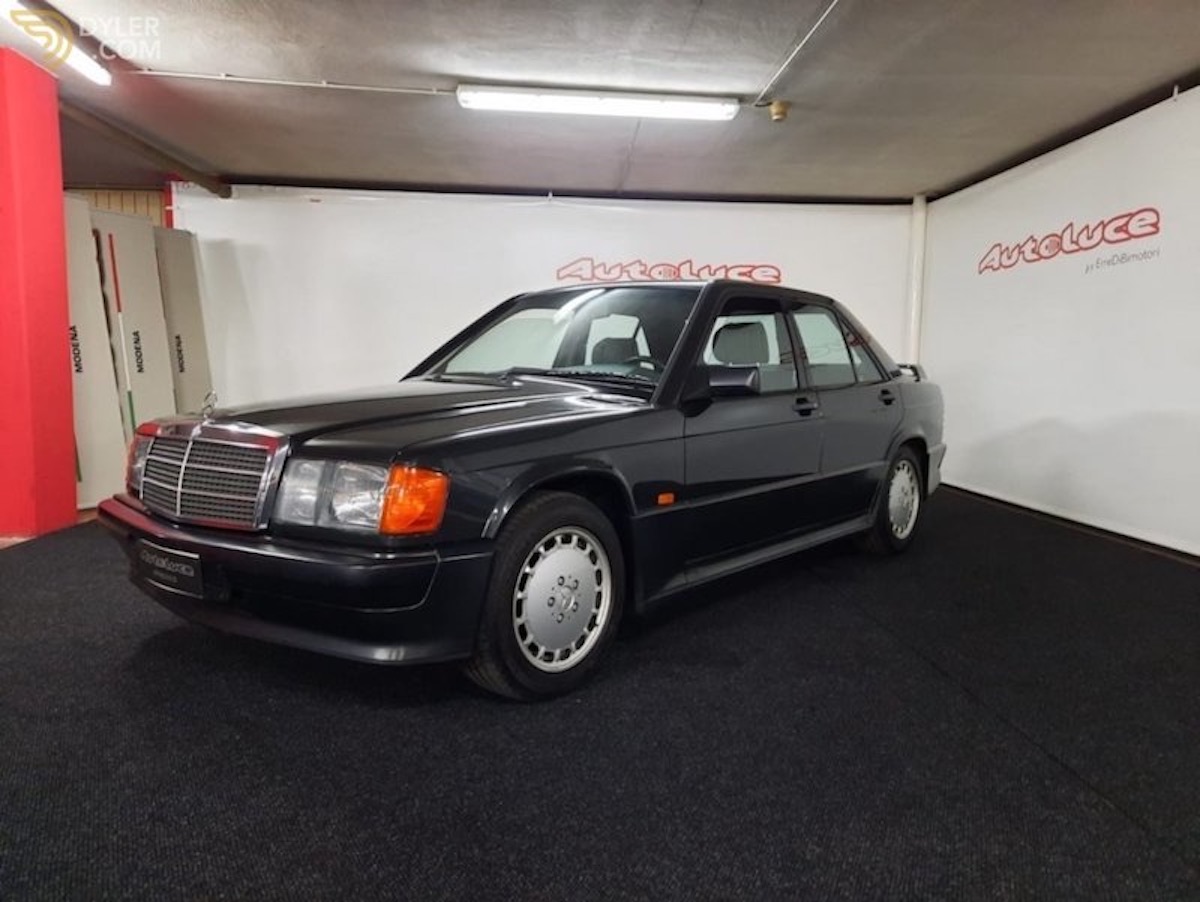 Penned by Bruno Sacco, the Mercedes 190 is one of the most important cars in the company’s history in terms of design and technology
© Autoluce

Developed at a whopping cost of £600,000,000 from 1974 to 1982, the humble looking Mercedes-Benz 190 (or W201 in Mercedes parlance) is without a doubt one of the most important models in the brand’s history. The W201’s elegant Bruno Sacco design would go on to influence a bunch of other much-loved Mercedes models including the W140 S-Class, W124 E-Class, and the R129 SL. Around the time of the W201’s launch, the rumblings of the modern day Mercedes/Audi/BMW could be heard with the launch of Audi’s groundbreaking quattro, and the iconic BMW M3 E30. Instead of the rally stages of the WRC, Mercedes chose to go head-to-head with BMW in the DTM - cue the 190 E 2.3 16V. This homologation special saw British tuner Cosworth take the 2.3-litre 136bhp block from the standard W201 and sprinkle some of its trademark magic dust over it. The result was 185bhp and a top speed of 143mph from a new double camshaft, and four valves-per cylinder. Alongside being a hit as a road car, the 190 E 2.3 16V also proved a success on the race tracks of the DTM with back-to-back manufacturer’s titles in 1991 and 1992. 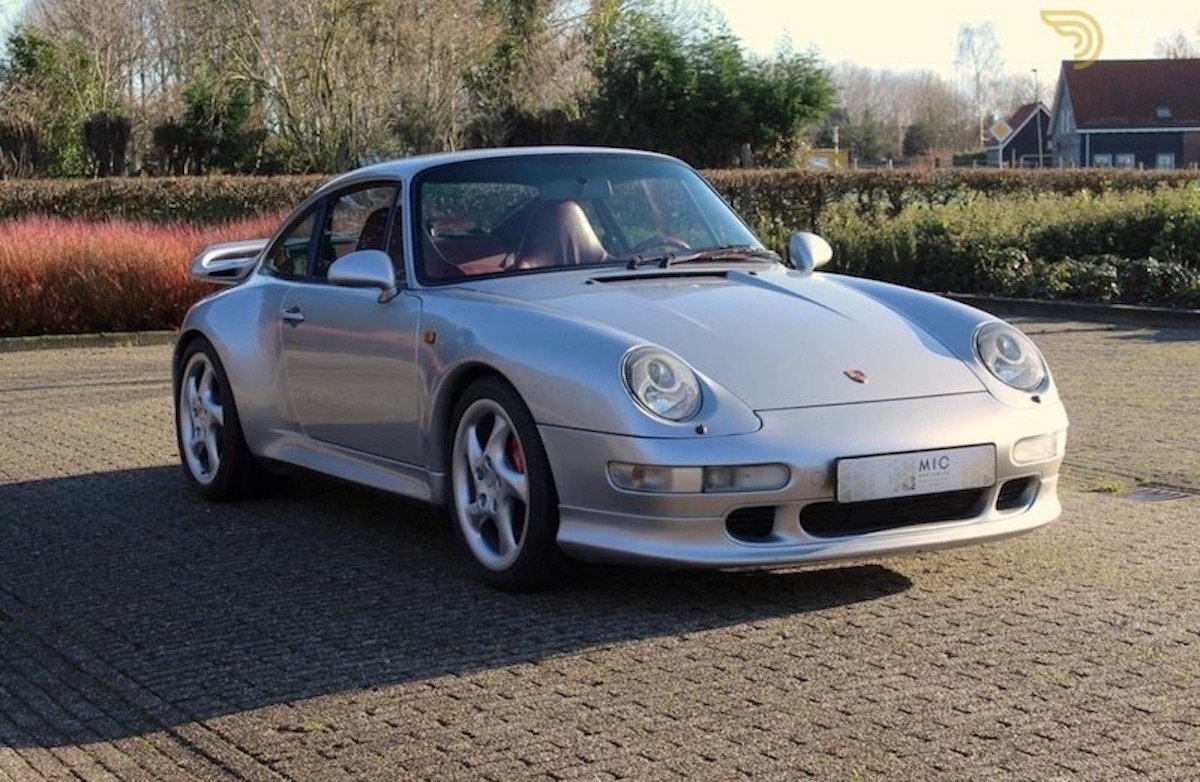 The air-cooled Porsche 993 is considered to be the best of the classic Porsche 911 models
© M.I.C. Exclusive

The Porsche 911 993 is often considered “the last proper 911” because it was the last of the air-cooled cars. When Porsche launched its successor - the 996 - in 1996, the iconic Stuttgart manufacturer switched to a more fuel and cost-efficient motor to bring costs down and improve reliability. The classic 993 was an evolution of the 964, with both cars sharing 80% of their parts. When the 993 911 Turbo launched in 1995, it featured a twin-turbo 3.6-litre engine, which produced 402bhp and boasted air-to-air intercoolers. It was also the first 911 to come with all-wheel drive, which it took from the highly advanced Porsche 959 flagship. The result was a top speed of 181mph and incredible levels of grip, which went some way towards eliminating the classic 911’s reputation as a frightening car to drive. As-per Porsche’s philosophy of “evolution, not revolution”, the 993 improved the 911’s aerodynamics with a smoother, sleeker appearance than its predecessor. It was also built around a light-alloy chassis to reduce weight, and Porsche added a multi-link suspension to improve handling. The 993 is also the last of the non-mass produced Porsche 911 cars, which is why the doors and hood shut with a satisfying “thunk” that purists believe is missing from later cars. The 993 has been out of production for almost 25 years now. However, its timeless design and its status as the pinnacle of the air-cooled designs make it one of the most desired 911s around. 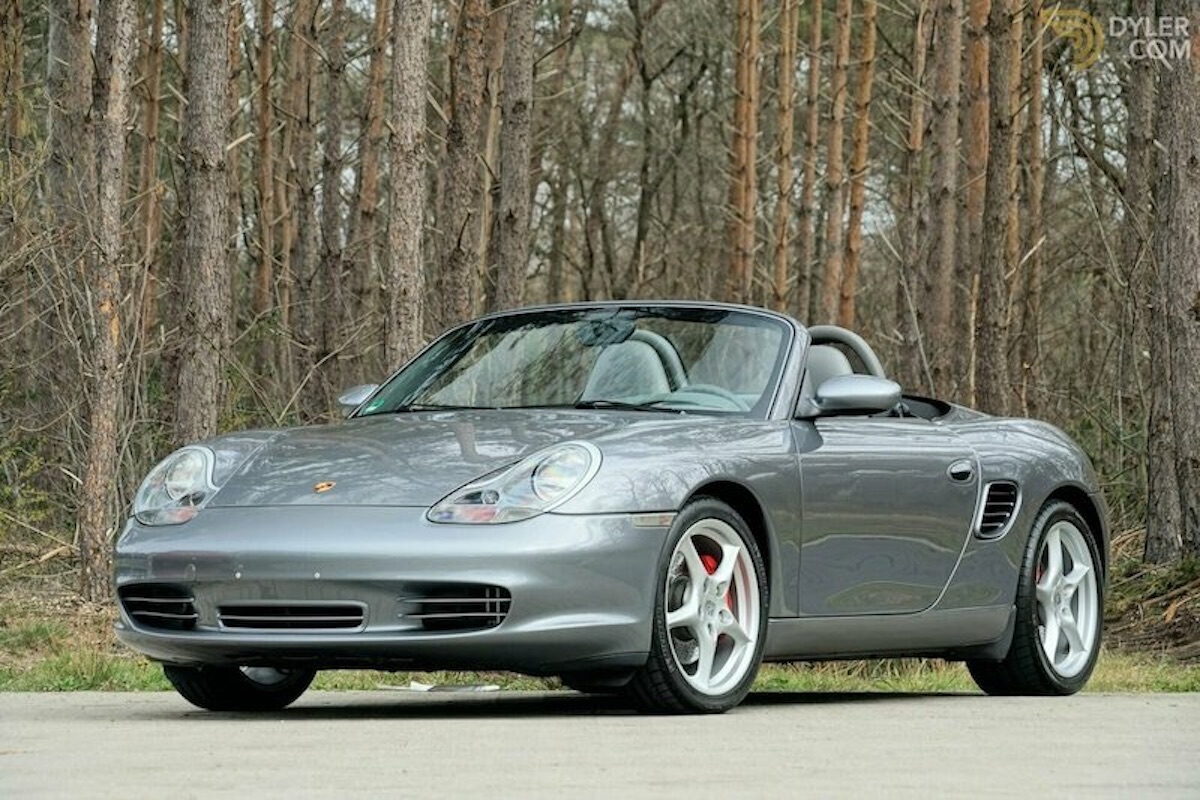 Love it or hate it, the Porsche Boxster remains an excellent drive and is arguably the most important youngtimer in the brand’s recent history
© CabrioMaarten

Whether you like the first-generation Porsche Boxster - the 986 - as a piece of design or not, the fact remains that without it - and the equally controversial 911 996 - Porsche would have most likely died during the mid-1990s. When the Boxster launched in 1996, Porsche was in the shit financially. The 993 version of the 911 was ageing, and it was also put together by hand, which made it very expensive to produce. To revive its fortunes, Porsche needed a car that was affordable, but still outstanding to drive. Cue the Boxster. By the end of its first year in production, it was Porsche’s biggest selling car. Testimony to the Boxster’s success is that Porsche still makes it today, some 25 years since the first-generation car rolled off the production line. 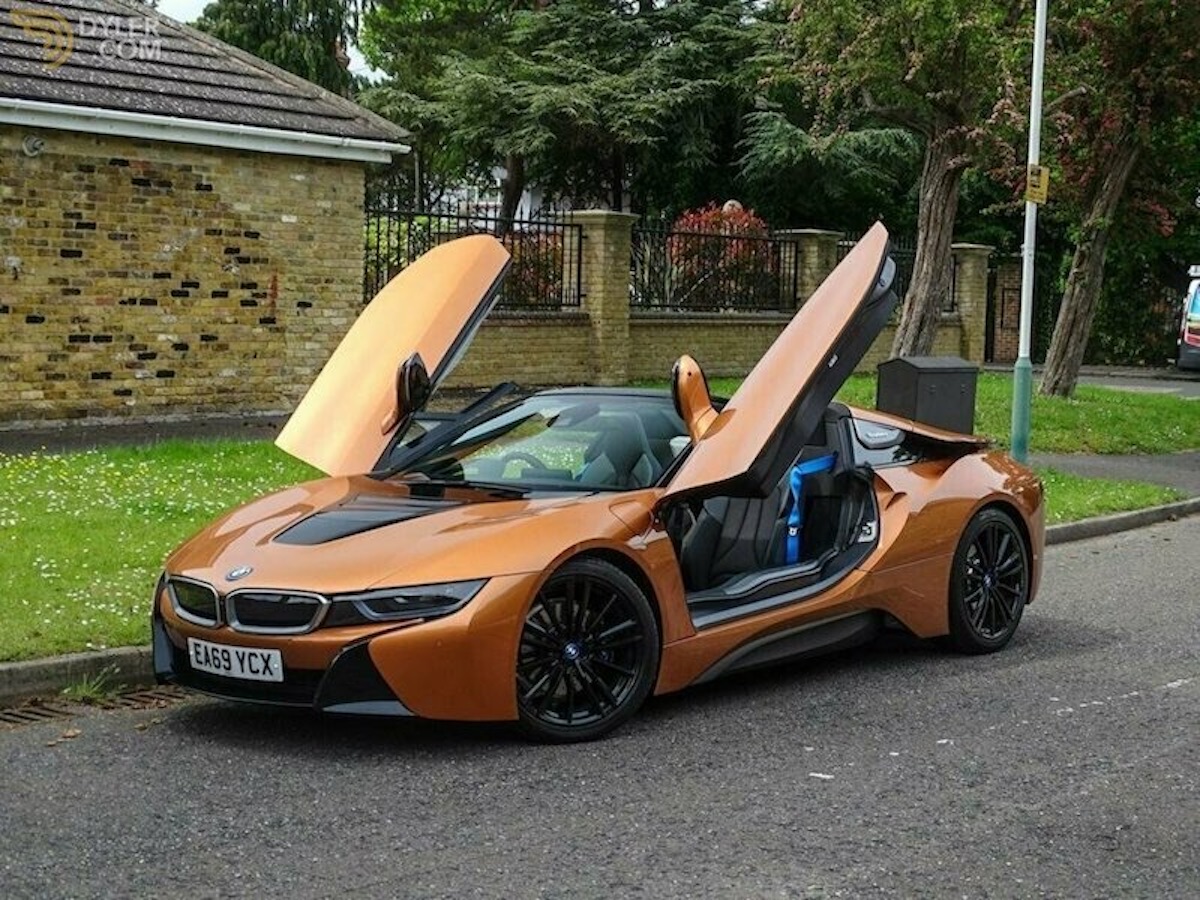 Strange, beautiful, and ahead of its time, the BMW i8 is very much a modern classic German car
© Imperials LTD

The BMW i8 was Munich’s first foray into the world of hybrid and electric vehicles when it launched back in 2013. Since then, the BMW i sub-brand has given way to the remarkable all-electric BMW i3, and two future full EVs; the Polestar 2-rivalling BMW i4 and the iX SUV. The i8 was powered by a 7.1 kWh Lithium-ion battery pack, combined with a transverse-mounted, three-cylinder, 1.3-litre turbocharged motor. The completely carbon fibre BMW hybrid sports car had a top speed of a limited 155mph, 369bhp on 2018 - 2020 models, and a remarkable 134.5mpg. When running solely on the electric motor, the i8 had an all-electric range of 23 miles, which is marginally better than a Honda e. Sadly, the i8 was expensive to produce, and depreciated at an alarming rate - you can pick up an early car for around 50% of its original price. By 2020, the writing was unfortunately on the wall for the quirky BMW, and it was consigned to the pages of the company’s extensive history book in the April of last year. However, its legacy lives on as a modern classic, as you can find out in this feature by our partners from Hexagon Classics.