Motorsport is a vast playground. One of the best examples of this could be the Tyrrell P34 Cosworth - a Formula 1 car that was fascinating because of its six-wheel configuration.

Engineers working on Formula 1 teams are some of the best professionals in the world. They think of a variety of engineering solutions that allow the most effective use of the regulations prepared by the organisers.

The hero of our story is Tyrrell P34 Cosworth. It was created in the mid-70s, at a time when Formula 1 teams began solving aerodynamic efficiency rebus.

Engineers came up with the unconventional six-wheel configuration of the Tyrrell P34 Cosworth after one condition appeared in Formula 1 regulations. It said that the front spoiler should not be wider than 1.5 metres. This requirement obliged many teams of engineers to design narrower but slightly longer vehicles. 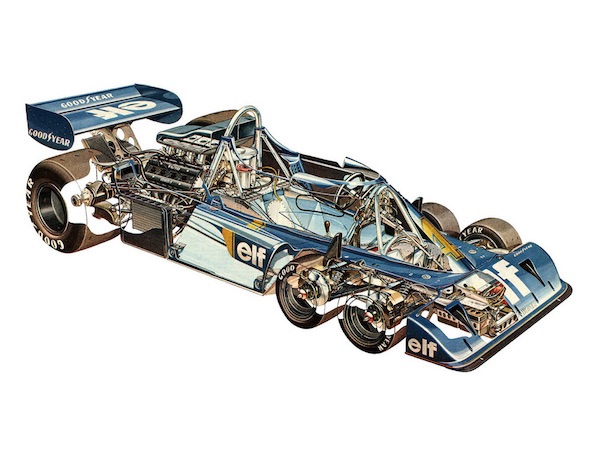 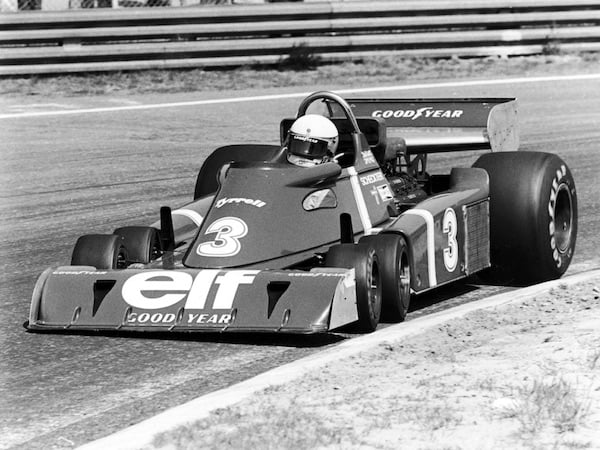 Meanwhile, the authors of Tyrrell P34 Cosworth were thinking how to fit a long-legged driver, steering, suspension and, of course, tires into a 1,5 metre-wide car. Eventually, they came to the conclusion that the two front wheels should be replaced by four smaller-diameter counterparts. In addition, the front wheels were mounted behind the front bumper, which now many would associate with the snowblower.

This engineering solution allowed several bunnies to be shot at once. The four front wheels provided a greater grip on the road. The four front wheels also allowed drivers to skip a predetermined stopping point and enter a corner faster and more accurately. Cool, but didn't this solution have any drawbacks? It had, but a little later about that. Now, let's move on to the launch day of the car - September 1975. 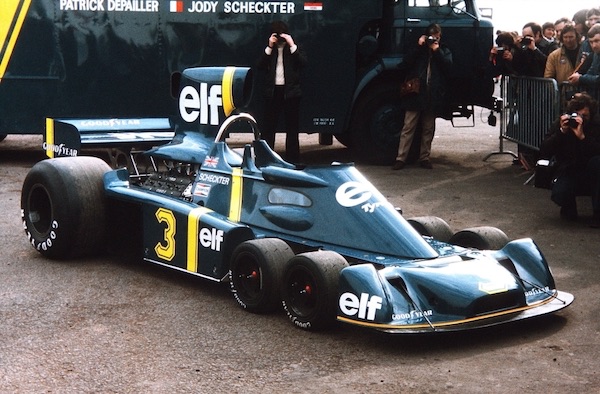 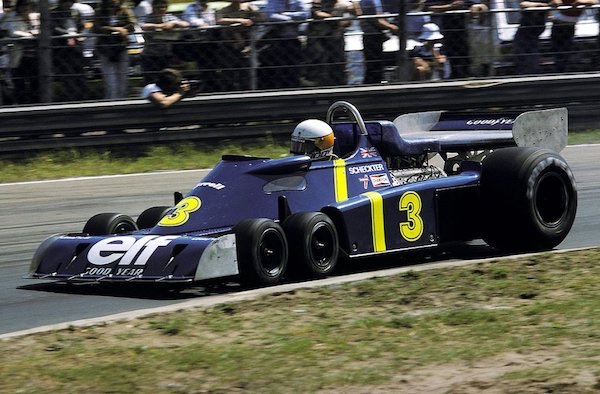 The first tests of the Tyrrell P34 Cosworth took place on October 8, 1975. During the first tests, engineers were pleasantly surprised by the grip of the front of the car, but the increased wheel friction and size caused unpleasantly high operating temperature problems. The wheels got hot dramatically, and the tires wore even faster. 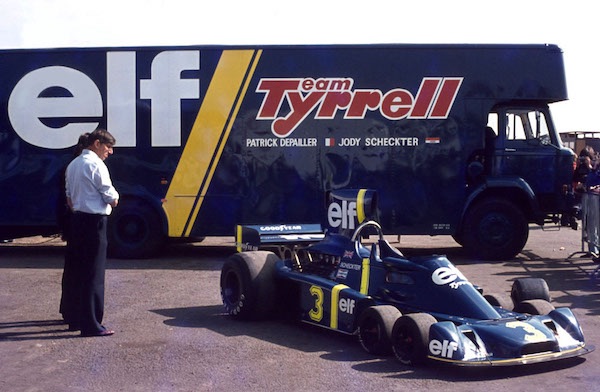 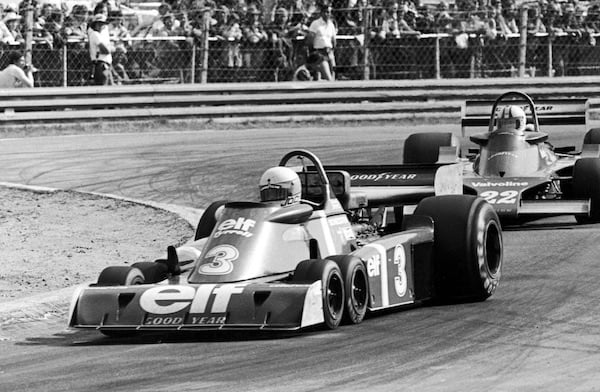 The following stages were far more successful. For example, in the Swedish Grand Prix race, six-wheeled racers took first and second place. This car also showed great pace on other tracks, such as Mosport Park, Fuji or Anderstorp, which featured long straight tracks. Meanwhile, on more curved roads, the Tyrrell P34 Cosworth was not as agile as its analogues.

The following year, in 1977, the Tyrrell P34 Cosworth drove onto the track changed a bit. The P34 was wider, heavier, and ... slower. The increased weight not only hurt the dynamics but also on the performance of the car when it came to cornering.

The project authors adjusted the front wheel track and front suspension configuration in search of better acceleration. However, these improvements changed the position of the front wheels, which ultimately eliminated the benefits of the six-wheeler concept.

Eventually, Tyrrell decided to abandon the six-wheeler concept and revert to the traditional four-wheel configuration.