Is the Mercedes E55 AMG W210 better than one of the best BMW M5 cars ever?

The Mercedes-Benz vs. BMW debate has raged since Karl Benz swapped the ox for the internal combustion engine to create his Motorwagen, the world’s first gasoline-powered car.

For decades now, the following arguments have taken place: is the Mercedes C Class better than the BMW 3 Series? Is the S Class a superior luxury sedan to the BMW 7 Series? Does Mercedes’ skunkworks AMG factory produce better high-performance saloons than BMW’s equivalent M Sport division? You get the drill now...

So that got us thinking - what if we enlisted the help of an expert to help settle one of the most important questions that’s raged for over 20 years now: is the Mercedes W210 E55 AMG as good as, if not better than the BMW M5 E39 - a car considered to be one of the greatest M5s of all time.

Dyler.com was joined by Mercedes-Benz AMG expert, AMGMeister to find out… 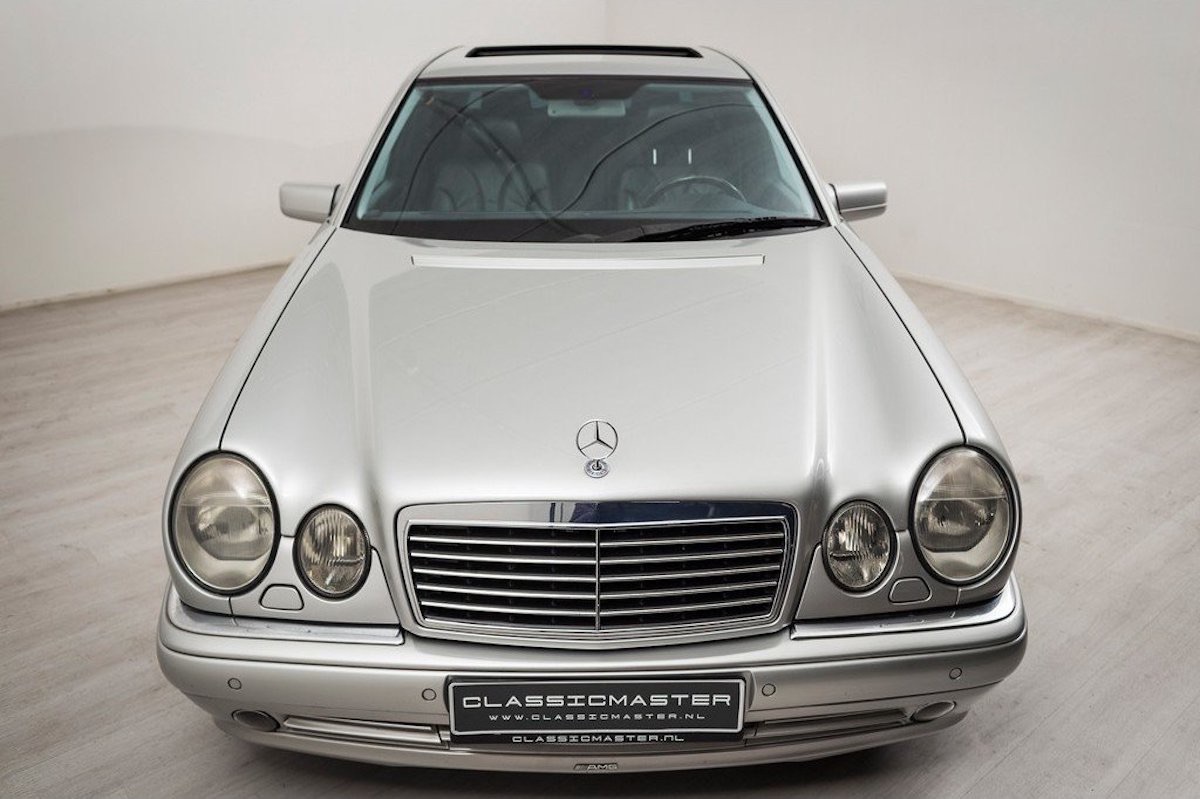 Subtle-yet-aggressive, Mercedes-Benz finally figured formula for the AMG version of the W210 with the E55 AMG
© ClassicMaster

Mercedes Finally Get the V8 W210 Right with the E55 AMG

The W210 version of the Mercedes E55 AMG was launched in 1998 after the Stuttgart-based manufacturer had been trying to get it right with the latest performance version of its E Class for a few years.

The first performance W210 developed by AMG, the E36, was introduced in 1996. However, the 3.6-litre, in-line six motor under the bonnet means its performance credentials were more mild than hot. The W210 E36 is also one of the rarer AMG models with just 150 examples being sold in the United Kingdom. 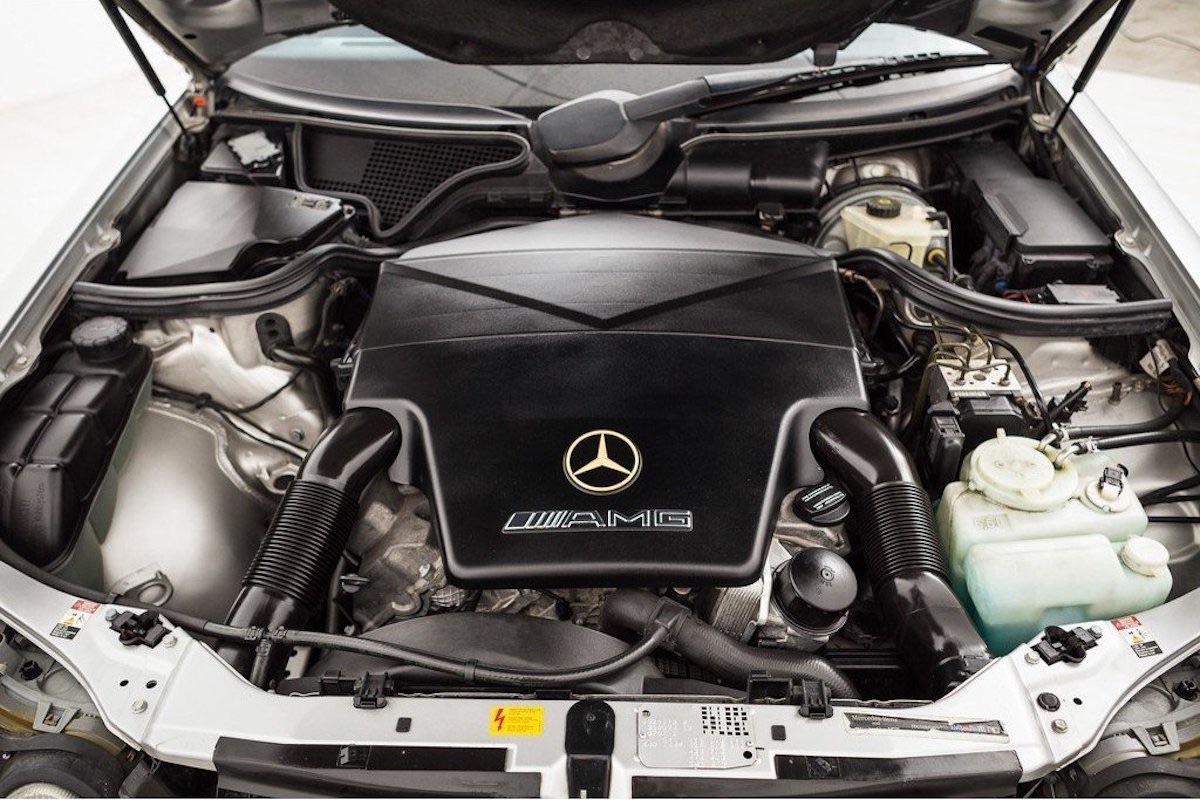 In an effort to up the performance numbers, the following year saw Mercedes release the significantly faster W210 E50 AMG - a 5.0-litre V8-powered super-saloon good for 342bhp, which was good for a 0-60mph time of 5.8 seconds.

Yet with the launch of its arch-rival, BMW’s M5 E39 in 1998, Mercedes and the AMG division realised that they would have to improve the W210’s performance, mechanicals, and aesthetics in order to seriously compete with a car that’s now considered by driving enthusiasts to be one of the best cars that BMW has ever made.

Now over 20 years old, the W210 E55 AMG certainly falls in the correct age bracket to be considered a modern classic. According to Mozisek, its production numbers and supercar-rivalling performance figures are also contributing factors in the car’s status as youngtimer.

“Absolutely the W210 E55 AMG is a future classic,” he said. “Between 1998 and 2002, Mercedes-Benz produced only 10,073 units of the W210, so it’s a rare car. It was also powered by AMG’s 5.5-litre, M113-type V8 engine which produced 390lb of torque and with a 0-60 mph sprint of five seconds, it had the acceleration of sports cars from the time such as the Chevrolet Corvette and a Porsche 911. It’s also instantly recognizable as a Mercedes Benz with the characteristic W210 front-end and clean, unfussy lines.

Mozisek believes that the W210 E55 AMG represents the end of an era for Mercedes, and he expressed concern that the manufacturer’s performance arm’s exclusivity has dwindled over the last two decades. 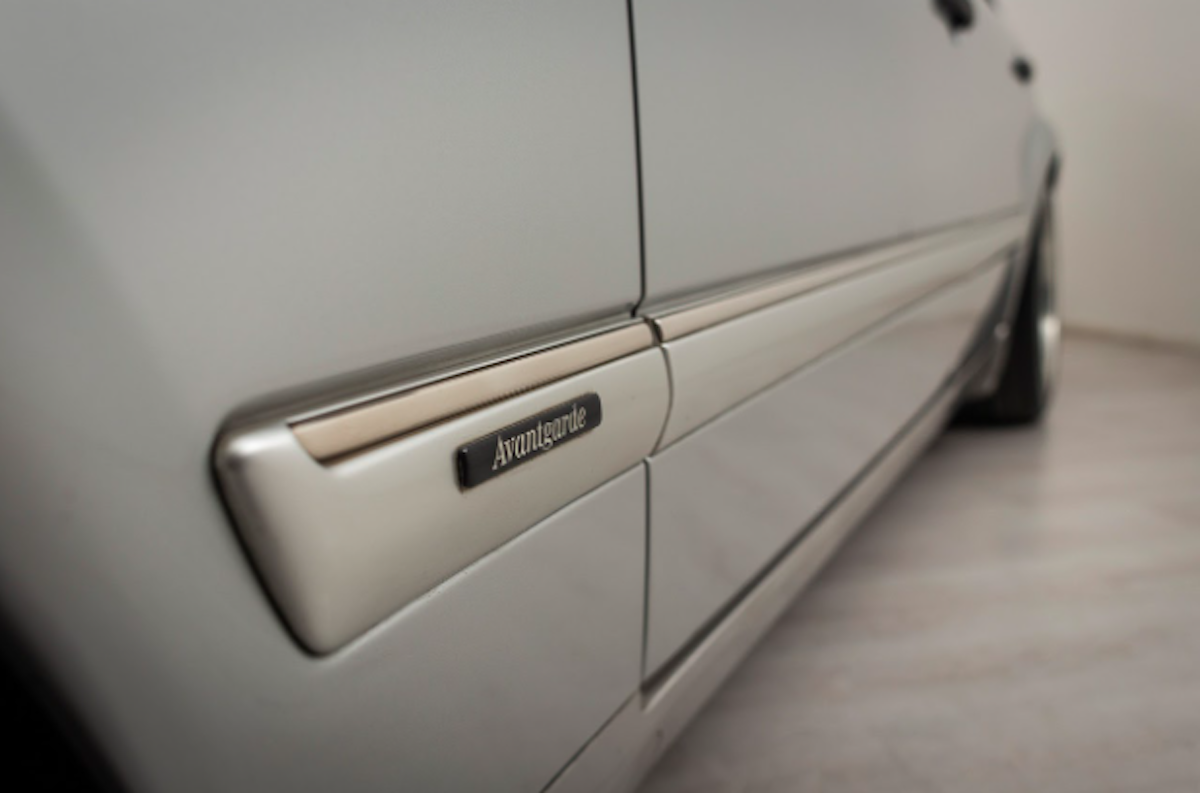 With its unfussy aesthetic, the W210 E55 is a far-cry from new AMG cars
© ClassicMaster

“The W210 E55 AMG was one of the last models to be assembled and completed at the AMG factory in Affalterbach, Germany,” he explained. “After the W210 E55s, only the engines were assembled in Affalterbach and then sent to meet the cars at other factories around the world. Additionally, the interior has a focus on quality rather than outright features which is a hallmark for any Mercedes from the 1990s.

“My concern with the direction of AMG is that its current entry-level ‘43’ line of cars don’t have hand-built engines, but still get the AMG badge - it's sacrilege! The exclusivity of AMGs has definitely subsided compared to 20 years ago.

"However, as AMGs have gotten brasher over the years, there has been an increased in AMG classics such as the W210 E55 which have a simpler design and more exclusive production numbers." 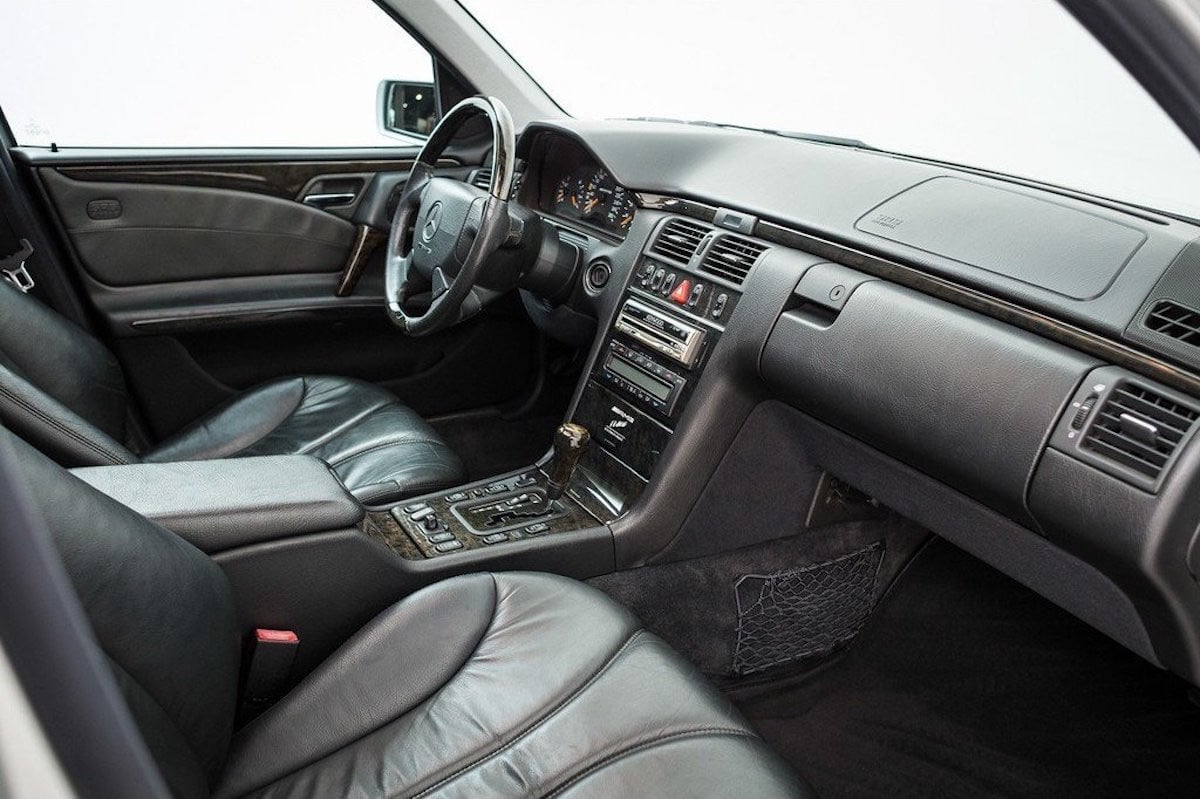 Richard Mozisek/AMGMeister: the W210 E55 AMG’s “interior has a focus on quality rather than outright features which is a hallmark for any Mercedes from the 1990s”
© ClassicMaster

Unlike modern turbocharged AMG and M cars, both the W210 E55 and the E39 M5 are powered by naturally aspirated V8s.

The BMW boasts 394bhp, which is around 40bhp more than the Affalterbach machine. Yet during a Car and Driver shootout between the W210, the E39 and the Jaguar XJR, the Mercedes was considered to be the easier of the three to drive thanks to its five-speed automatic transmission and higher levels of grip afforded by its grippy 18-inch 245/40 front and 275/35 rear Michelin Pilot Sports tyres.

Whilst this description of the W210 E55 AMG was sourced from a road test written over 20 years ago, Mozisek believes that a good example should still hold true to these handling characteristics. 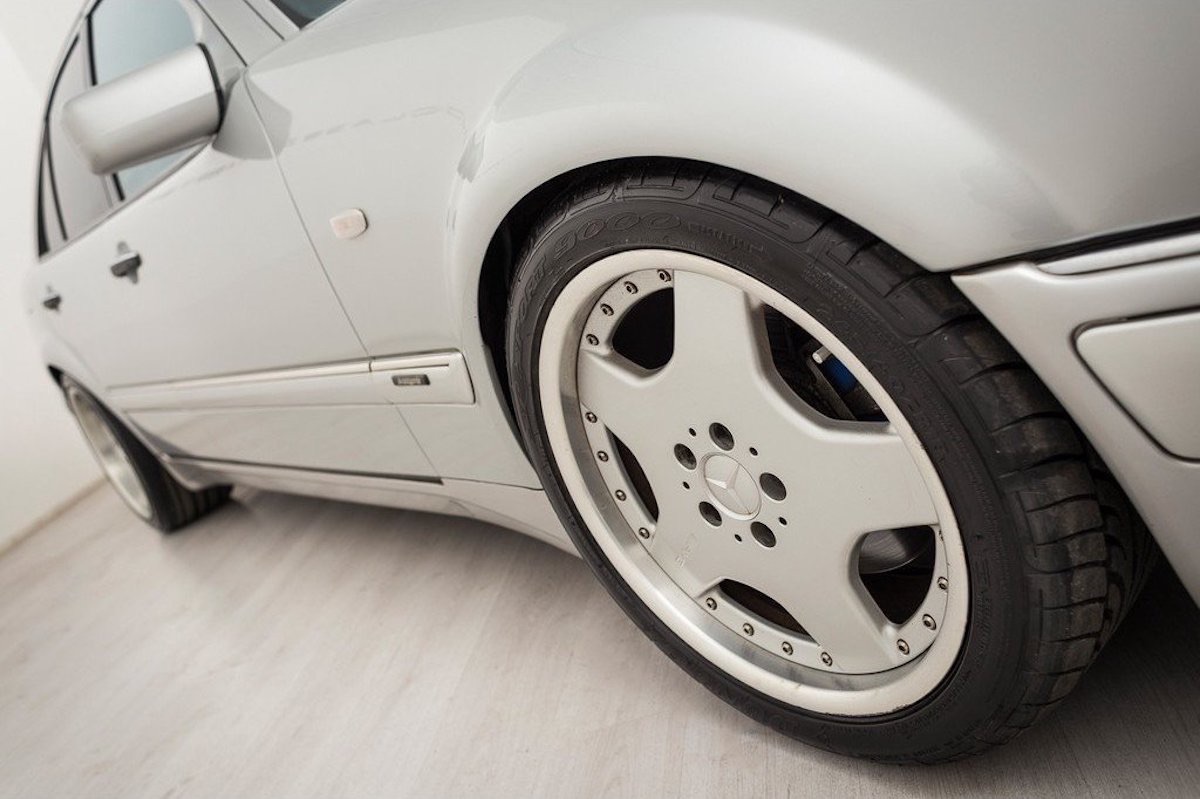 “A good W210 E55 should feel solid and stable at higher speeds,” he said. “In the corners, the balance of the car inspires confidence. The E55 is lighter than other sedans of this era so it’s surprisingly nice to drive. Operation around town is effortless and gear changes are smooth. Put your foot down and the car promptly downshifts, making overtaking a breeze.

"It’s a very comfortable car, which is good for long journeys and it has all the performance you would need for daily use. Many examples of these E55s have easily cracked 200,000 miles if they've been properly taken care of."

In August 1999, Mercedes updated the W210 with a new grille, bonnet, and front wings, as well as indicator lights in the wing mirrors to give it a fresher, more contemporary appearance. The interior also received a makeover with the choice of a Tiptronic gearbox, a new steering wheel, as well as newly-introduced upholstery and seat options. A 4Matic all-wheel-drive option also became available, and under the skin, Mercedes also made a series of improved mechanical tweaks to improve the car’s reliability. 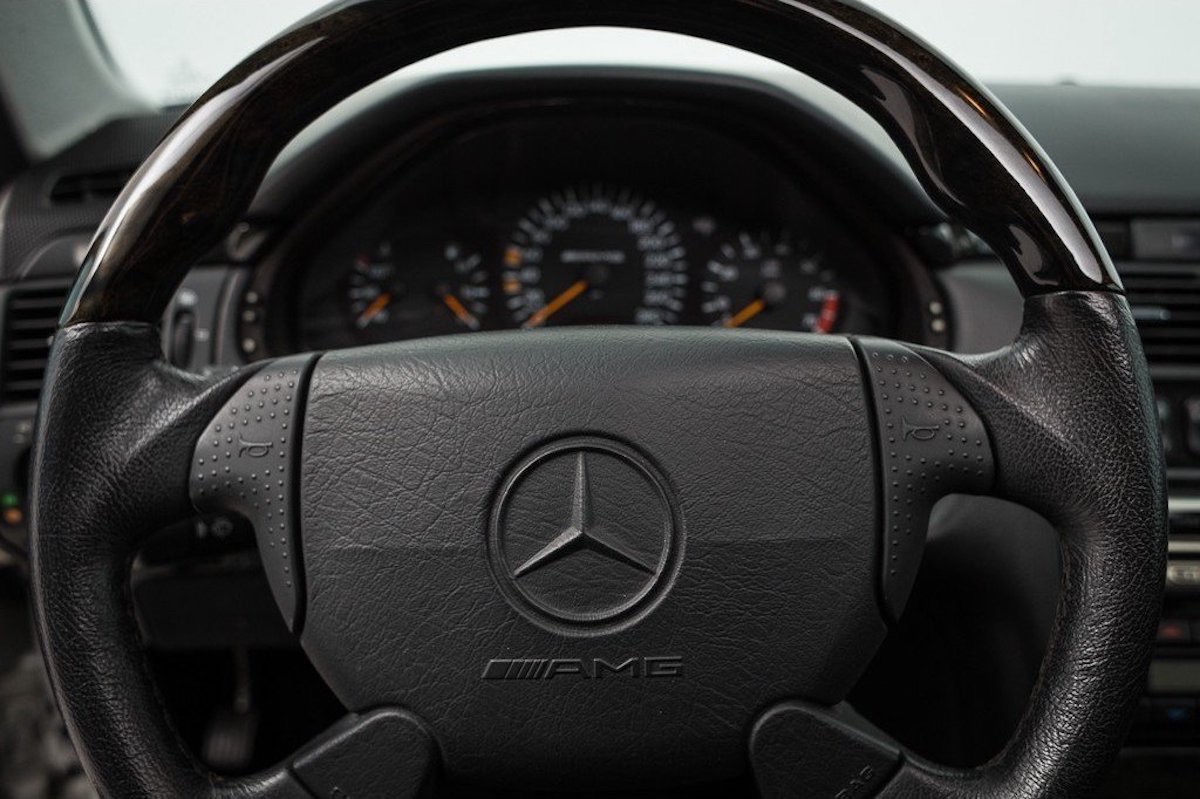 The biggest problem facing pre-and post-facelift W210s is that they are prone to rust. This due to the water-based paints Mercedes used during production and like any modern classic car, it can end up becoming expensive for the owner if it has not expertly examined prior to purchase.

Alongside the rusting issue, potential W210 E55 AMG buyers are urged to look around the M113 engine’s valve cover gaskets as the V8 unit was prone to oil leaks in this area. A regularly-serviced transmission is also considered vital to the enjoyable ownership of E55 AMG, so be sure to ask for records of these when buying. 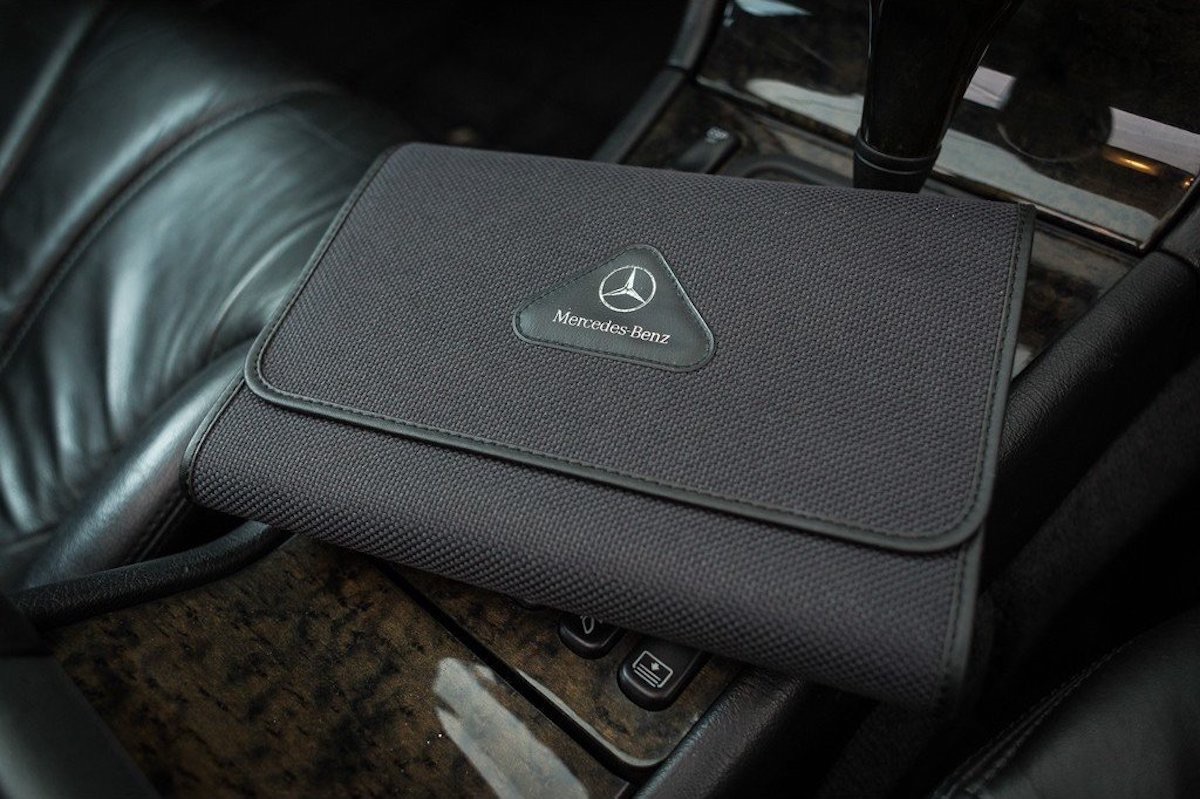 As with any classic car, be sure to thoroughly inspect your W210 E55 ahead of buying
© ClassicMaster

Unfortunately, there’s no clear answer to this question. The M5 E39 with its six-speed manual transmission is considered to be the slightly more engaging driver’s car, but the Mercedes is perceived to be easier to live with as a day-to-day car.

Described by Mozisek as “subtle, classy, understated, muscular, and fast” the W210 E55 AMG represents the end of an era for AMG. It’s a machine that’s a throwback to AMG’s pre-jingle jangle days.

The W210 E55 AMG comes from a time when it specialised in building hand-built, naturally-aspirated, subtle-yet-powerful cars that could easily outperform a Porsche or a Ferrari. Yet unlike modern AMGs, you wouldn’t even know they were capable of doing so. 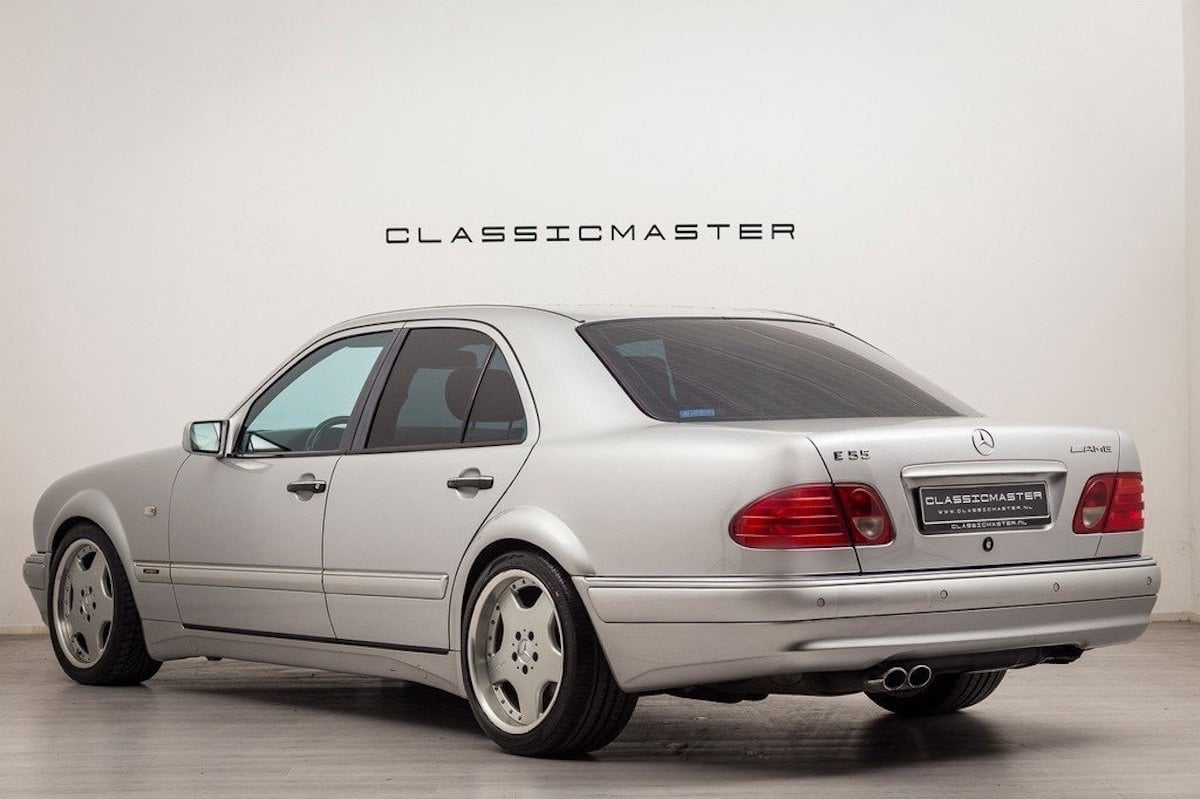