Initial D: The Japanese Animé Cartoon That Transformed The Toyota AE86 Into a JDM Cult Hero

If you’re not into anime, here’s what Initial D is all about

With a global reach to almost 90% of the world’s population and backed by an industry worth almost £94,000,000,000, whether you love them or hate them, Japanese anime cartoons are not going anywhere any time soon.

Whilst anime culture is responsible for a number of cult films including Naruto, and even global trends such as Pokémon and Dragon Ball Z from the early 2000s, it isn’t - to the untrained eye at least - particularly synonymous with car culture.

Along with Japanese ‘Drift King’, Keiichi Tsuchiya, who proved that the front-engined, rear-wheel-drive AE86 could be used as a veritable drift weapon, the popular anime comic-turned-TV-series, Initial D, also played an equally important role in creating a JDM posterboy out of Toyota’s high-revving, 1.6-litre, 124bhp Corolla GT Coupé (or AE86 in reference to its chassis code) from the mid-1980s. 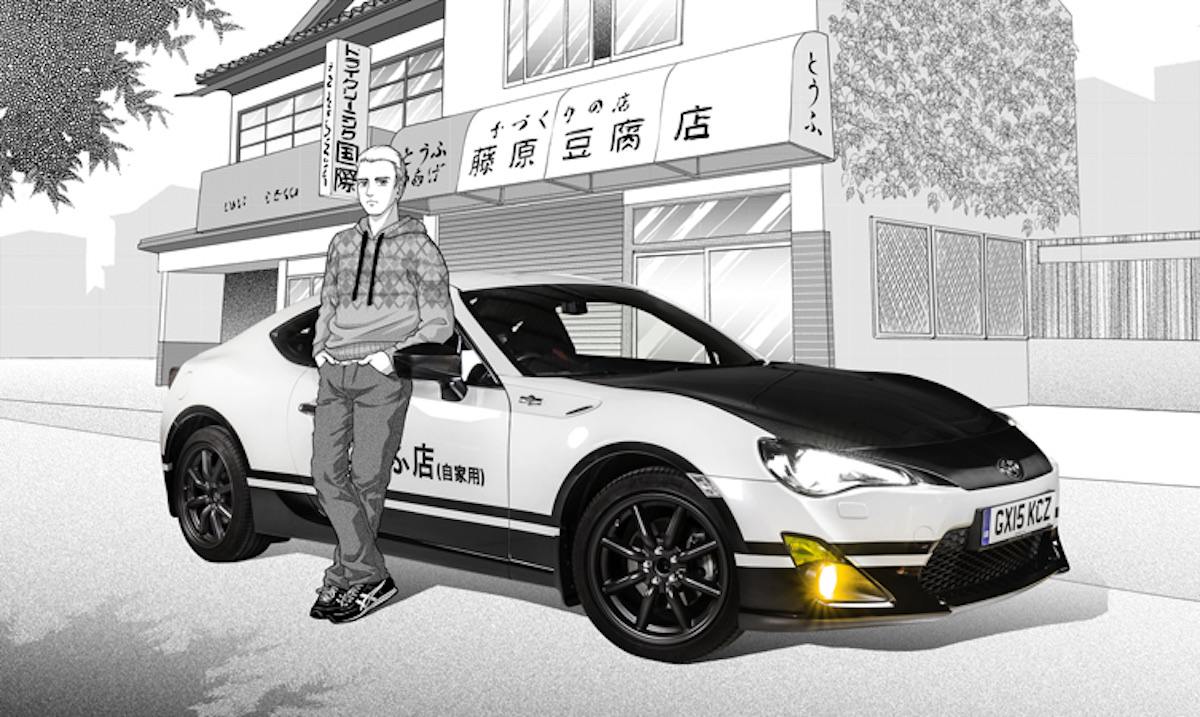 The Initial D car was re-imagined by UK-manga artist Sonia Leong in the form of the AE86’s spiritual successor, the Toyota GT86
© Toyota UK

Initial D started life as a street racing, manga comic penned by Japanese artist Shuichi Shigeno. From 1995 to 2013, it became a hit read with young, Japanese car enthusiasts who would drink in the intoxicating, illegal street-racing adventures of protagonist Fujiwara Takumi and his trusty Toyota AE86 Sprinter Trueno from the pages of Weekly Young Magazine.

By the time the final edition of Initial D rolled off the printing press eight years ago, more than 1,037,447,413 recorded copies had been circulated globally. Takumi and his panda-liveried Toyota AE86 had well and truly captured the hearts of JDM fans the world over.

Initial D, and bringing racing knowledge from Japan’s ‘Drift King’ to the masses

Without giving too much away, the premise behind Initial D is simple. Its main character, student Fujiwara Takumi, spends his evenings delivering takeout dishes for his father, a retired, chain smoking race driver, who now owns and runs a tofu shop in Japan’s Gunma prefecture.

The black-and-white AE86 driven by Takumi is his father’s old drift car, and it’s the 17-year-old’s ballsy heroics behind the wheel of the light yet-modestly-powered Toyota that lead to Takumi being introduced to the local drift scene and the world of illegal street-racing. 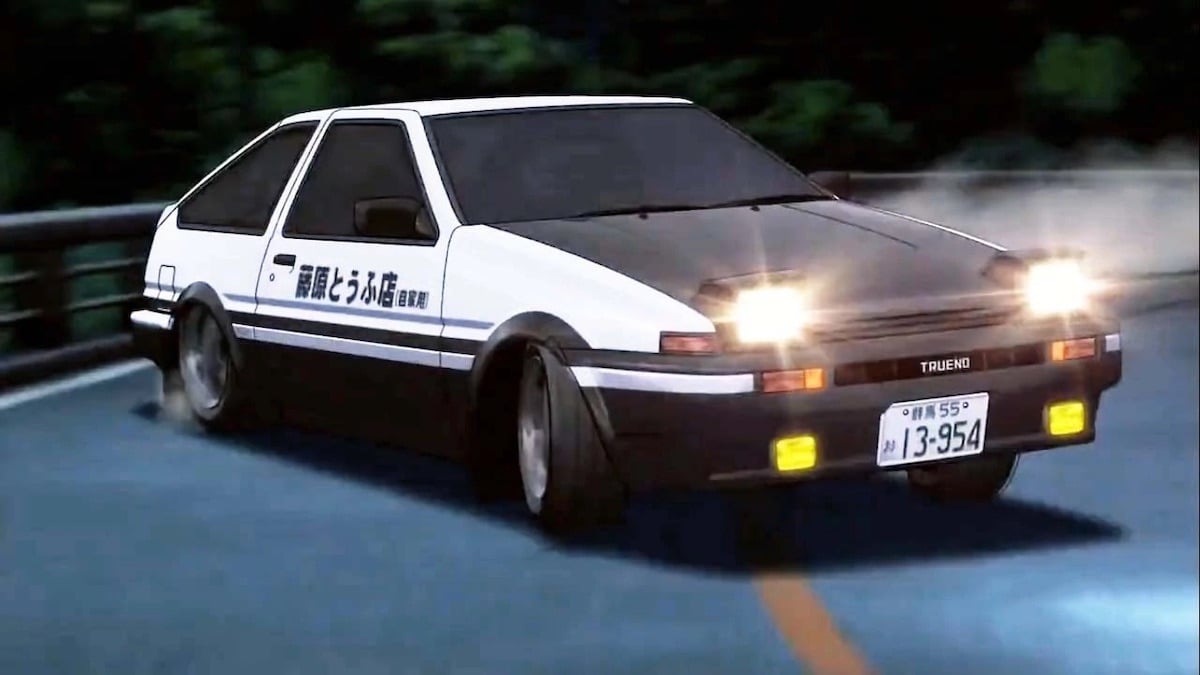 In both the manga and real worlds, these were known as Touge races and they were held on Gunma area’s twisty, mountainous roads. In the comic, Takumi would take on much newer, and vastly more powerful, iconic JDM classics such as the Nissan Skyline R32, Subaru Impreza WRX STi, and the Mazda RX-7.

Thanks to a high-revving, twin-cam motor and almost-perfect 50/50 weight balance, the small-yet-nimble, 970 kilogram Toyota with Takumi at the wheel would often emerge victorious.

Takumi’s gutsiness behind-the-wheel of his AE86, and the simple premise that an ageing, cheap, underpowered car could outperform bigger, faster, machinery in the right hands, gave JDM and drift fans across the world that one day, they could emulate their hero.

By 1998, Initial D’s popularity had grown to such an extent, that it made the transition from the pages of the manga comic to the TV. The Initial D anime series was born, and fans could tune in to watch Takumi and his Toyota AE86 give household JDM names a thorough pasting, week-in, week-out. 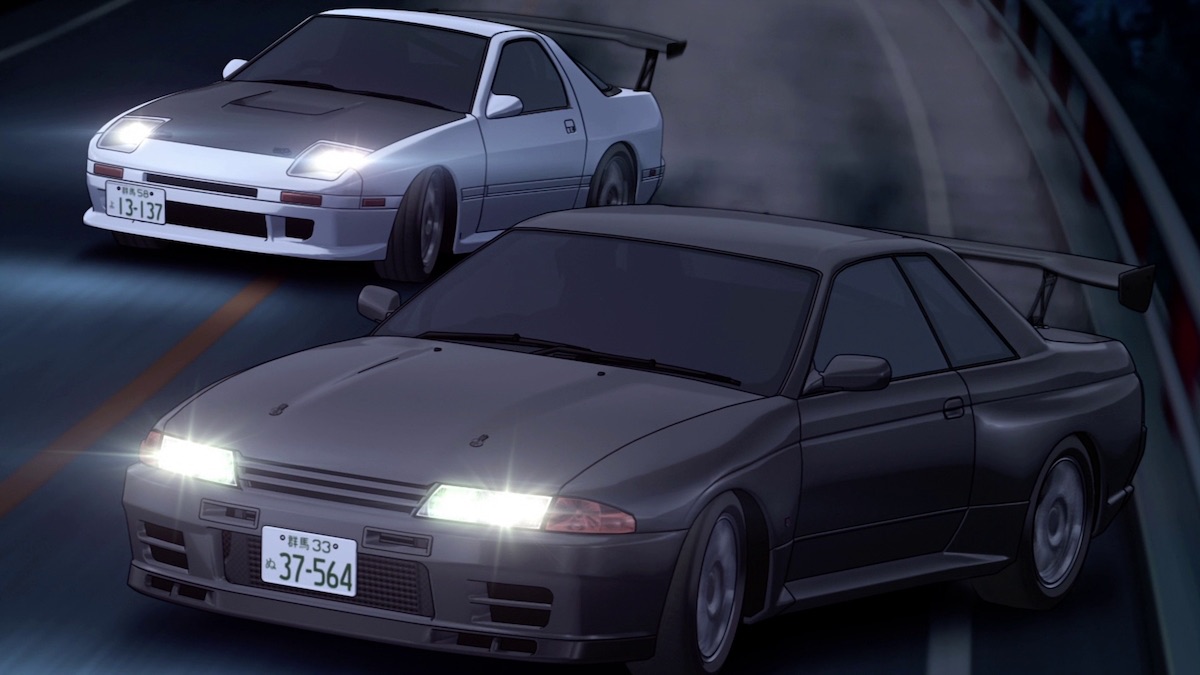 Alongside the overall tale of derring-do, Initial D’s producers hired local race driver Keiichi Tsuchiya who was mentioned earlier as a consultant. The former drifting champion and Le Mans podium-finisher shared his racing know-how to show what makes a successful racing driver to the TV screen, albeit in cartoon form.

With Tsuchiya’s insights, Initial D touched on everything from steering inputs and heel-toe shifting, to the science behind tyre wear and weight transfer. The show’s racing sequences were also dubbed in order to explain to aspiring Takumis what was happening on screen, and what they would need to do to emulate their hero on a race track.

Without doubt, Initial D made a JDM cult hero out of the Toyota AE86

The final episode of Initial D aired in 2014. Throughout its six-year cycle, the show had been described by critics as “the best show I’ve seen in a long time” and applauded for being generally “done well.”

Without any doubt, Initial D’s biggest imprint on JDM car culture was the role it played in creating a cult hero out of the humble AE86. Since the show went off air seven years ago, prices of the boxy, Toyota coupé have skyrocketed. 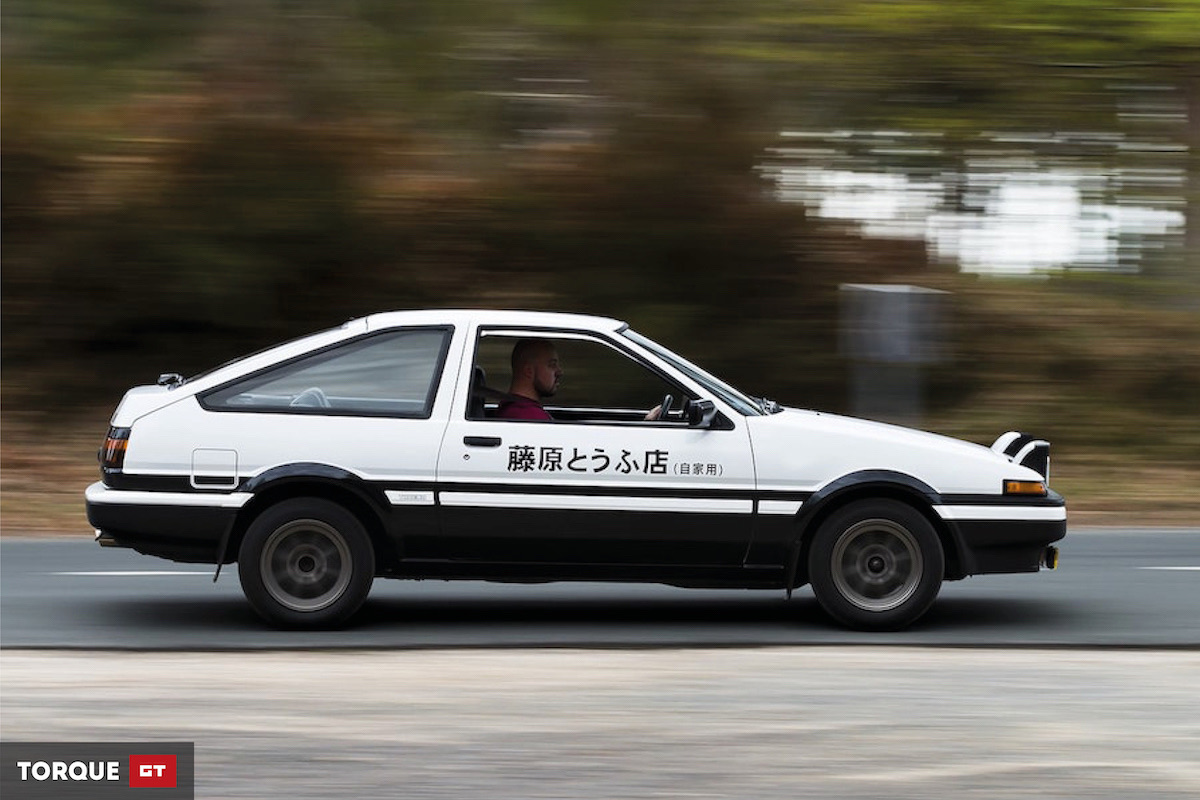 Initial D has inspired plenty of Takumi-inspired Toyota AE86 liveries worldwide, but be prepared to pay BMW M5 money to get your hands one one
© torque-gt.co.uk

The increase in Toyota AE86 prices is known amongst as the “Takumi Tax” thanks to the car’s giant-killing performance on the big screen, and fans of Initial D have scrambled to buy their very own version of the easily-driftable AE86 to emulate Takumi.

In recent years, the asking price for a well-used (see, well-drifted), high-mileage Toyota AE86 on the United Kingdom’s classic car market would start at around £15,000. Meanwhile, a barely-used, well-maintained car, can easily achieve over £35,000.

It is also estimated that a handful of Toyota AE86s exist in the UK today. As-per supply and demand economics and the UK’s current booming classic car industry, it is expected that they will only increase in value during the coming years.

The author of this piece, Dominykas Liberis, is an automotive photographer and photojournalist based in Vilnius, Lithuania. To check out his work, follow his photography page here.

If you are interested in owning one of these increasingly rare JDM icons, head to Dyler to find your Toyota AE86 today.