Last Week in Cars: Over £5,000,000 Worth of Modern Supercars For Sale Including the Lamborghini Veneno and a new Chevrolet Corvette 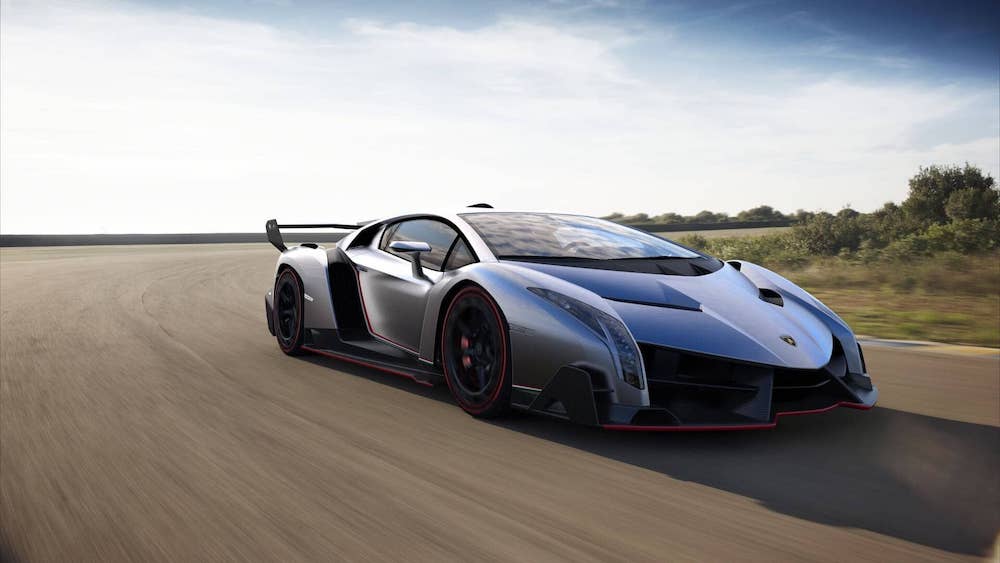 You may have noticed that last week, there wasn’t our usual This Week in Cars feature that comes with the Sunday newsletter...

...well, don’t worry about that, because in the name of some witchcraft behind Google Analytics, we wanted to see whether publishing This Week in Cars - now temporarily titled Last Week in Cars, for the obvious! - on a Monday would prove a better call in terms of attracting readers. Anyway, we’ll see what happens with that decision in the future... 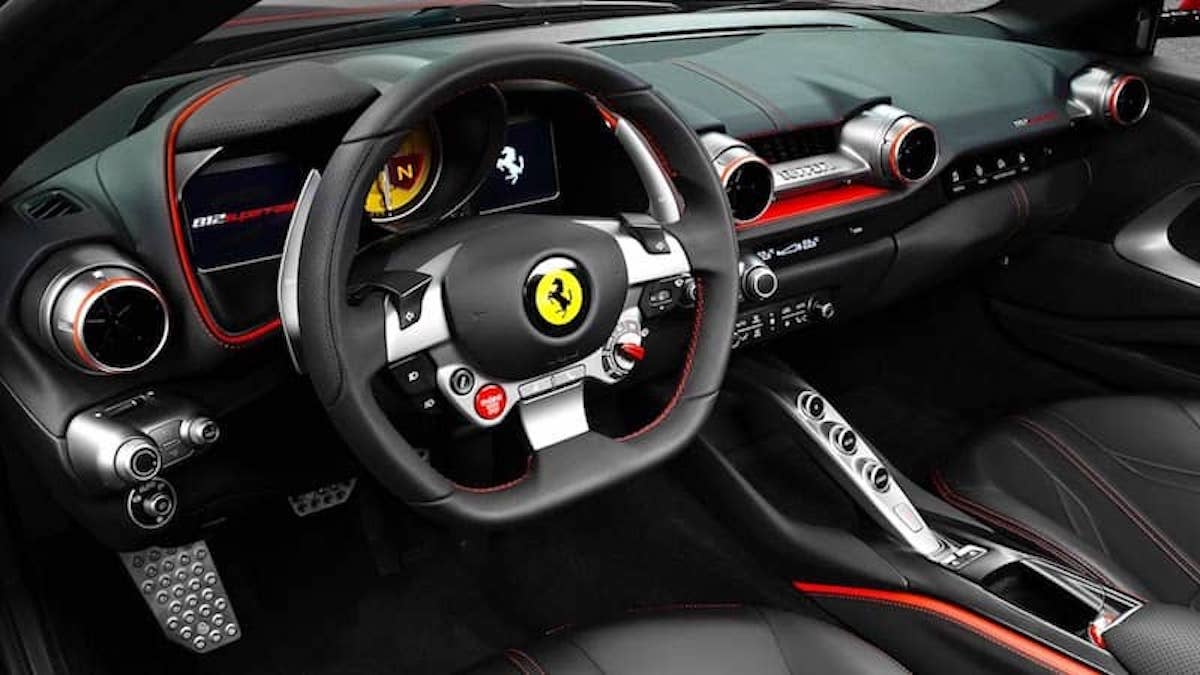 Does the Ferrari 812 have one of the nicest Ferrari supercar cabins of all time?
© Ferrari

Anyway, because everyone likes a supercar - and admit it, you do deep down - we thought we’d make this edition of Last Week in Cars all about the machines that cost wild amounts of money, and pack enormous amounts of firepower.

Alongside the rather mad Lamborghini Veneno you see at the top of this story, we’ve included the all-new, mid-engined Chevrolet Corvette, and the aptly-titled Ferrari 812 Superfast.

That’s everything from us for now, and we hope you enjoy this first (and not necessarily the last!) edition of Last Week in Cars!

* “Rabbit, rabbit, rabbit” is what’s said out loud on the first day of a new month over here in the UK to bring good luck - it’s nothing about Volkswagens, sorry!

After years of pondering about a mid-engined layout for its Corvette, Chevrolet finally went for it in 2019 with the C8 and so far, it’s a gamble that seems to have paid off…
© Diamond Motorworks

This latest iteration of the Chevrolet Corvette - the C8 - is arguably the most important in the model’s history. Whilst the Corvette, especially in C7 form is aural nectar, it unfortunately gained a reputation for being a bit… Boomer**. Anyway, when Chevrolet launched the C8 back in 2019, it was the car they hoped would elevate the Corvette into Ferrari 488 and Porsche 992 territory. To take the fight to the segment heavyweights, Chevrolet made the C8 the first ever mid-engined Corvette in order to improve weight distribution and handling. They also gave it a controversial new look which made it look smaller, and more aggressive tn its predecessors. According to Top Gear, the decision to make the C8 a “revolution rather than an evolution” seems to be working. This is thanks to a top speed of a Ferrari-bothering 212mph, massively improved handling, and a newly-discovered supercar level of finesse that previous Corvettes were lacking. Would you have one over a German or Italian equivalent, though?


**That’s the word used by one of our readers from the US who got in touch with us to share his excitement about this car! 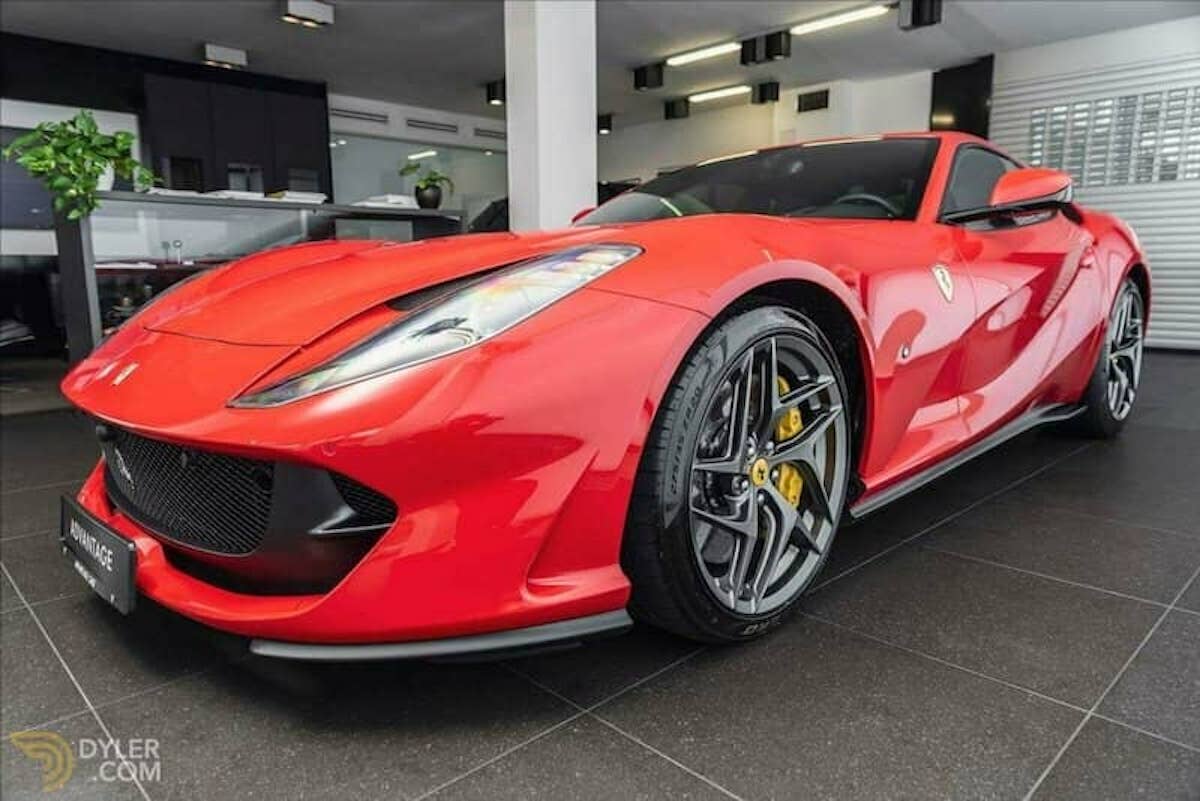 Superfast by name, super fast by nature, the Ferrari 812 is a celebration of all things Italian
© Advantage Cars

Once described as a “rolling national anthem to everything that makes Italy great”, the Ferrari 812 Superfast is exactly what it says in the name - super fast. The replacement for the F12 Berlinetta, the Ferrari 812 is a symphony of style, good living, and bombast; the latter of which comes from the 6.5-litre, naturally-aspirated V12 motor, which is mounted up the front, and sends all of its 799 Italian Stallions to the car’s rear wheels. The top speed? That’ll be 211mph. The 812 Superfast is the latest in a long line of two-seat super GTs, and that alone underlines what a special car it is - its forefathers include the 599 GTB, the 550M and 575M Maranello, and the Daytona - when it comes to automotive lineage, it’s almost impossible to find a bloodline any more thoroughbred than that. 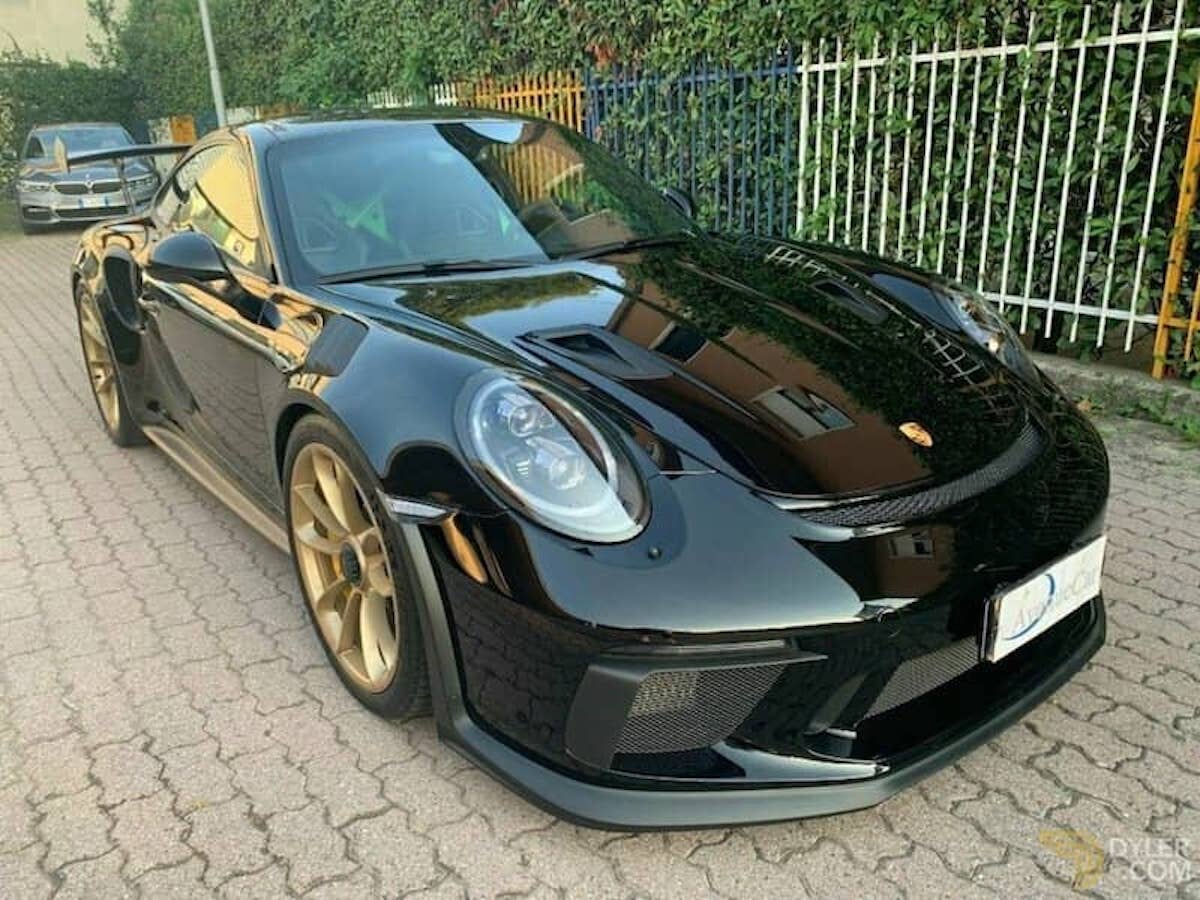 The 911’s excellence needs no introduction, so let’s get to it - the 991 iteration of the car is, by all accounts, one of the best Porsches yet. Powered by a 468bhp, naturally-aspirated version of Porsche’s beloved flat-six motor, the GT3 is good for a top speed of 196mph. Yet whilst powerful, the car’s magic lies in its accessibility. Without a doubt, the design echoes Porsche’s competitor in the FIA WEC’s GTE PRO category, so it’s more Le Mans than anything. However, Porsche has tweaked the chassis, uprated the brakes, and fitted a four-wheel steering system that gives you the confidence to push, even if you’re no Mike Rockenfeller behind the wheel. In short, the 991 GT3 is not a scary car. With its gecko-like grip and phenomenal power, this iteration of GT3 can hold its head high alongside some of Zuffenhausen’s finest. 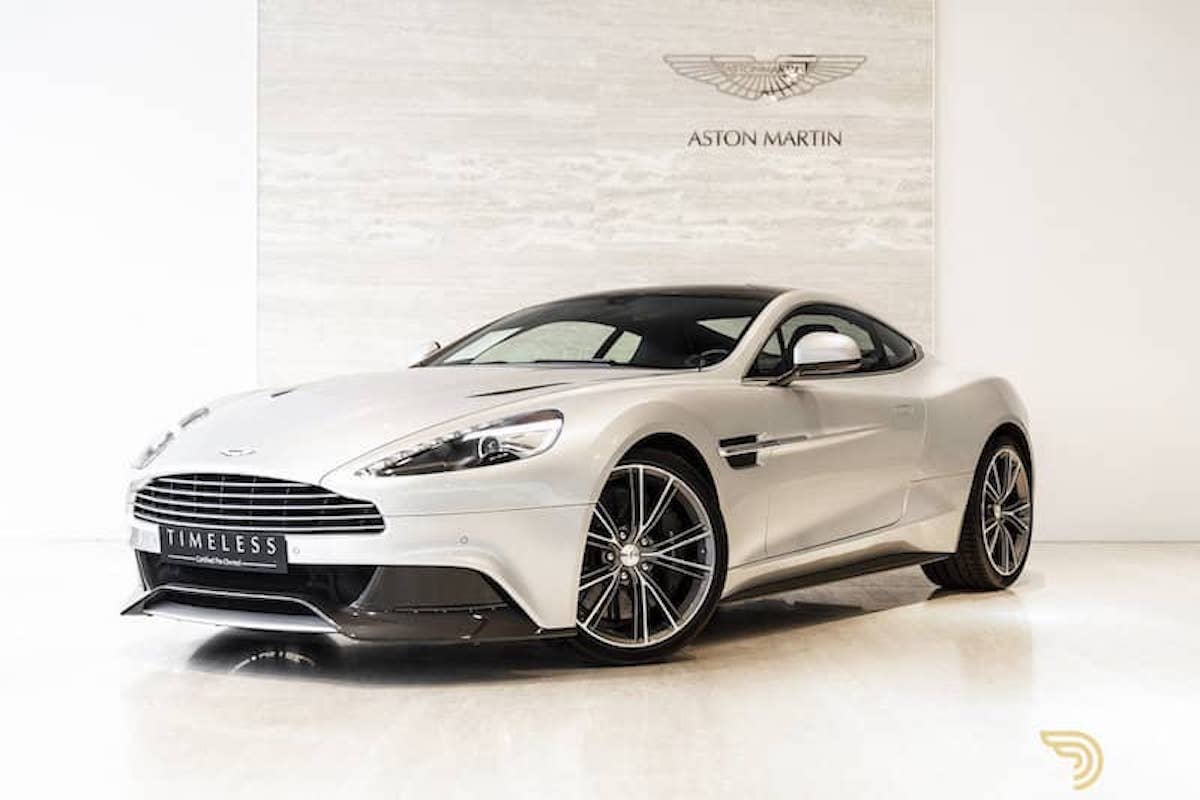 Powered by a hairy-chested V12, the Aston Martin Vanquish is as capable on a racetrack as it is swallowing up cross-country miles
© Cito Motors

It may have now been replaced by the latest DBS, but the Vanquish is still very much a massively accomplished grand tourer, and a car that is fully worthy of wearing the Aston Martin wings. Under the Vanquish’s sloping hood lies Aston Martin’s long-serving, 6.0L V12 which produces a roaring 568bhp. Yet despite the big British GT’s firepower, its well-designed, luxuriously-trimmed interior ensures that it’s a lovely, relaxing place to be… as does its upgraded suspension. Put the 201mph hand-built Vanquish into the softest driving mode, and its adjustable dampers ensure that it’ll soak up bumps and potholes with aplomb. Switch it into shouty mode, and you have a supercar that can hold its own on a track. Not everyone ‘gets’ Aston Martins, and that’s fine. But please, take it from me - do your best to try to understand them, because you’re seriously missing out if you overlook any of the latest Marek Reichman-designed cars from Aston’s “new era”. They’re phenomenal. 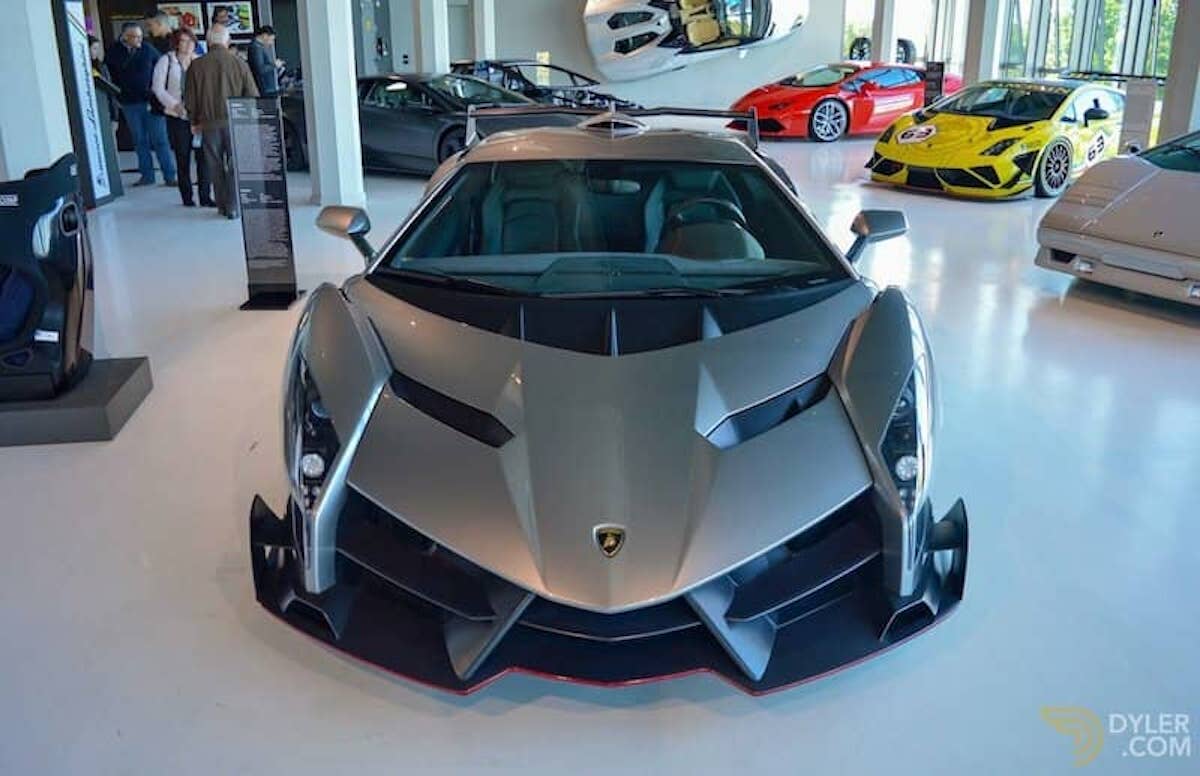 Exclusive, fast, and named after a murderous bull, the Veneno is Lamborghini at its unhinged best
© Cornes Motors Group

Like I said above, you either get Aston Martins or you don’t. The same could be said for Lamborghini, and to be honest, I’ve never understood the appeal. It’s a bit… too Theatre Kid. However, the Veneno does make a pretty good case for itself. Firstly, it looks like something Batman would drive, and it’s also only one of three - it was created to celebrate Lamborghini’s 50th birthday, and instead of making a cake, they decided to create a 220mph, 739bhp supercar that’s powered by a 6.5L V12, and cost EUR 3m to develop. Despite the impressive numbers, the Veneno’s name is the best thing about it. This massively in-your-face Lambo takes its moniker from a Spanish fighting bull called Veneno who - in addition to being amongst the briskest bovine in his day - once gored a matador to death in 1914.