If you follow Formula 1 , it won’t have been lost on you that Ferrari had a shocker of a 2020 season.

It may seem difficult to believe, but it’s not uncommon for The Prancing Horse to have a winless year in F1. After all, as recently as 2014 and 2016, the Scuderia underwent similar victory droughts.

However this year, Ferrari’s F1 efforts hit its lowest point in 40 years. The team’s 2020 challenger, the SF1000, was a poor car to say the least. The Ferrari engine was the least powerful on the grid, and the car was hampered by lacklustre aerodynamics.

As a result, the team slumped to sixth in the Constructors’ Championship - its worst showing since 1980 when it finished a lowly 10th.

Yet all is not lost for Ferrari. They still produce incredible sports cars, and their back catalogue is filled with masterpieces that became bywords for automotive theatre, innovation and performance.

As a reminder of what Maranello is truly capable of, this latest version of Dyler.com’s This Week in Cars brushes Italy’s woeful 2020 F1 season under the carpet, and instead celebrates how truly brilliant Ferrari can be. 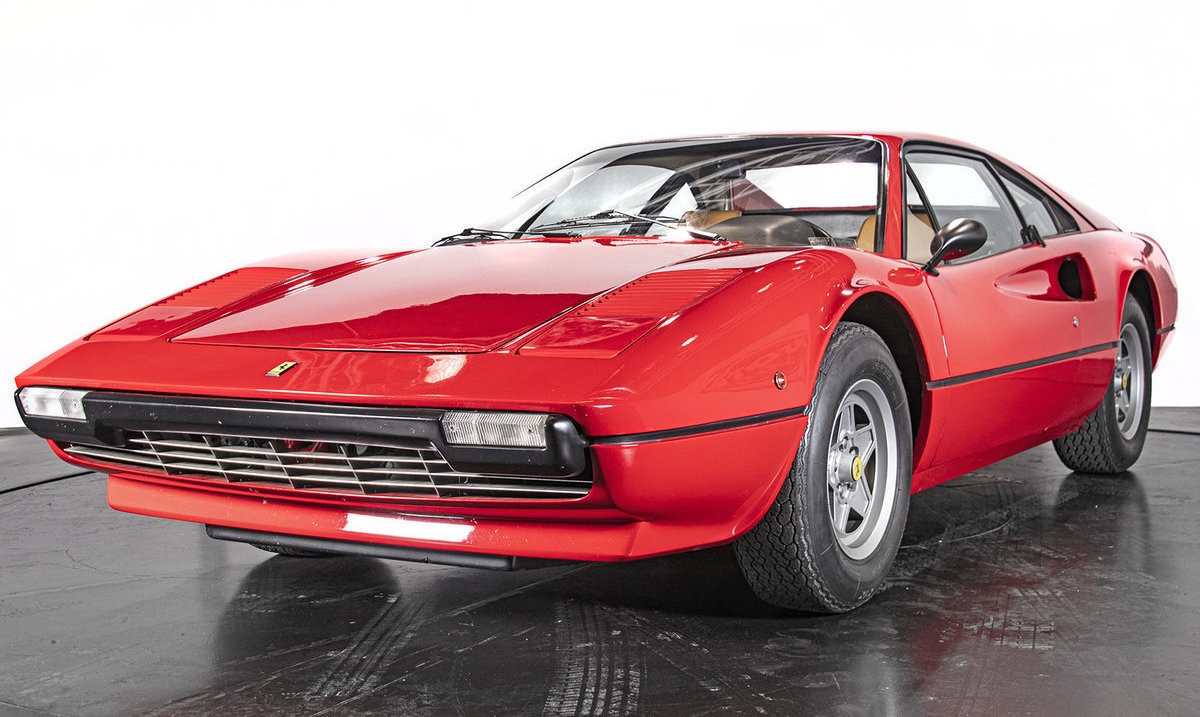 The Ferrari 308 GTB Vetroresina - or fibreglass in English - is proof of what Ferrari can do when it puts its mind to it. When it launched in 1975 as a replacement for the Dino 246 GT, the 308 was the first production Ferrari to be made using a composite body as a weight-saving measure. It was also the first Ferrari to be made in Pininfarina’s windtunnel. After Ferrari switched 308 construction to steel in 1977 - and increased the car’s weight from 1,100kg to 1,350kg - the Vetroresina began to gain a following as the last “proper” 308 thanks to its lightweight body and a naturally-aspirated 2.9-litre V8 whose rasping soundtrack was further amplified by twin-choke Webers, and a dry sump lubrication system. By the time 308 production ceased in 1985, a total of 6,116 cars were made. However, just 808 of these were Vetroresini. In recent years, the Vetroresina has gained a cult following amongst classic Ferrari enthusiasts thanks to its low production numbers, exclusivity and usable day-to-day performance. 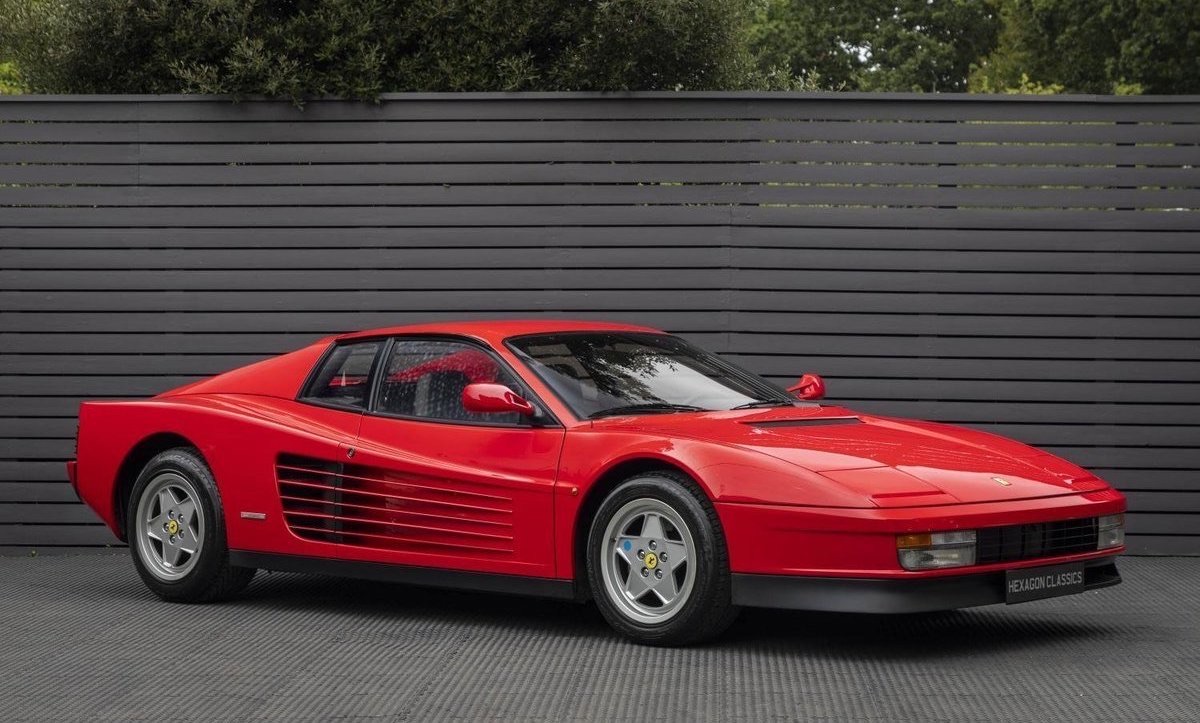 Miami Vice - those are the two words that come to mind when looking at the Ferrari Testarossa, right? You’d be right in thinking that, too, because the car - along with the Lamborghini Countach - was the star of the mid-1980s crime drama. With its “egg slicer” side vents, pop-up headlights, and screaming V12 motor, the Testarossa - or Red Head - became a synonym for the excesses of the 1980s. Yet despite the car’s bold appearance, its wedgy styling served a purpose. Its designer, Pininfarina aerodynamicist Leonardo Fioravanti, penned the instantly-recognisable side vents to remove the need for an enormous rear spoiler. He also made the Testarossa 78 inches wider and 100 inches longer than the car it replaced - the Ferrari Berlinetta Boxer. The added dimensions allowed Ferrari’s engineers to add extra piping to the car’s construction in order to alleviate the overheating cabin issue that plagued its predecessor. By the time the final Testarossa rolled out of Maranello in 1996, the car had become one of the most recognisable - if not the most recognisable - Ferraris in history. Almost 25 years on, it can still make a strong case to that claim. 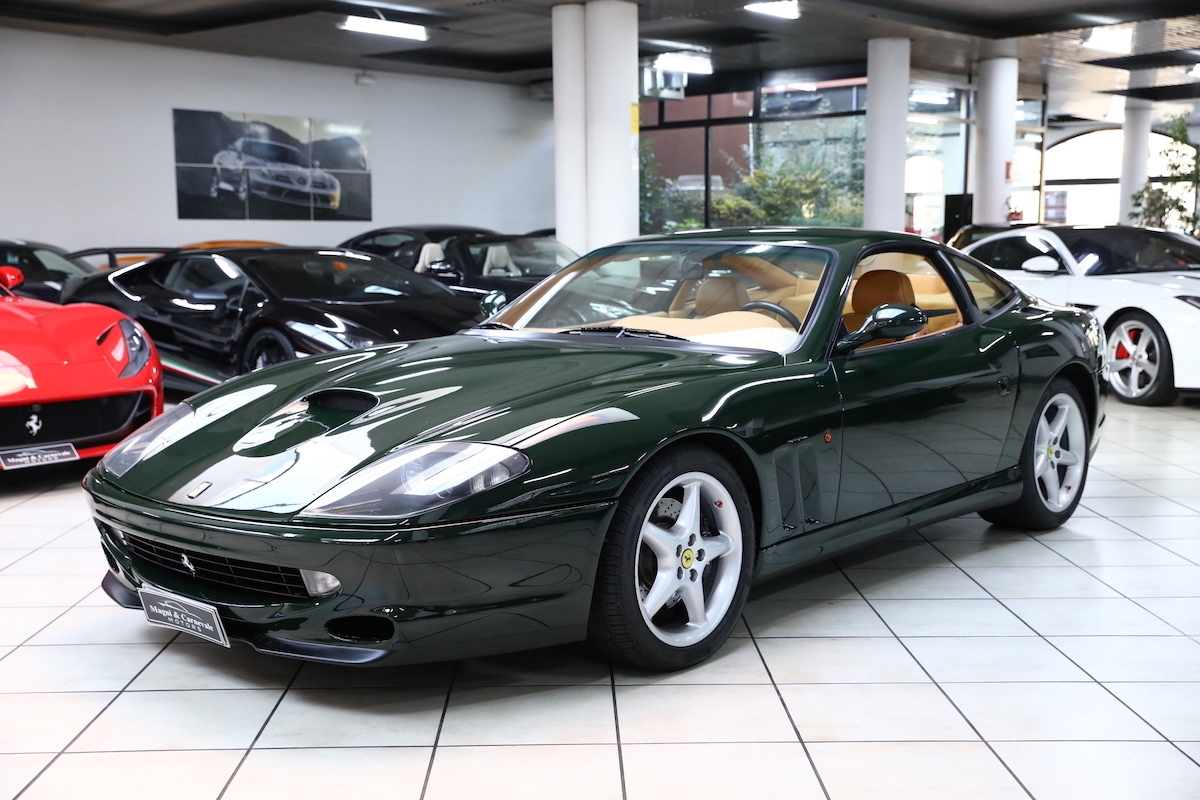 The Ferrari 550 Maranello is one of the greatest Ferrari GTs ever thanks to magnificent looks, an engaging driving experience, and its sonorous 5.5-litre V12
© Magni & Carnevale Motors

When the Ferrari 550 Maranello broke cover in 1996, it marked a return to a front-engine, rear-wheel-drive layout for its two-seater, V12 grand tourer for the first time since 1973. The 550 Maranello was the great grandson of the 365 GTB/4 Daytona, which was the first Ferrari to share this engine and drivetrain layout. Like its great grandfather, the 550 Maranello can also lay claim to being one of the most beautiful cars in Ferrari history. Alongside its jaw-dropping good looks - especially in a green over tan configuration like the one you’re looking at here - the 550 was praised by the motoring press for the performance of its mighty 5.5-litre V12, and equally superb chassis. In fact, the engine won the “over 4.0-litre” category at the International Engine of The Year Awards, and the 550 as a whole was described by EVO magazine as being a supercar that’s “so exploitable and rounded in its abilities.” Like a true Ferrari GT should be, the 550 Maranello is beautiful, powerful, and very much the supercar you can use every day. A masterpiece. 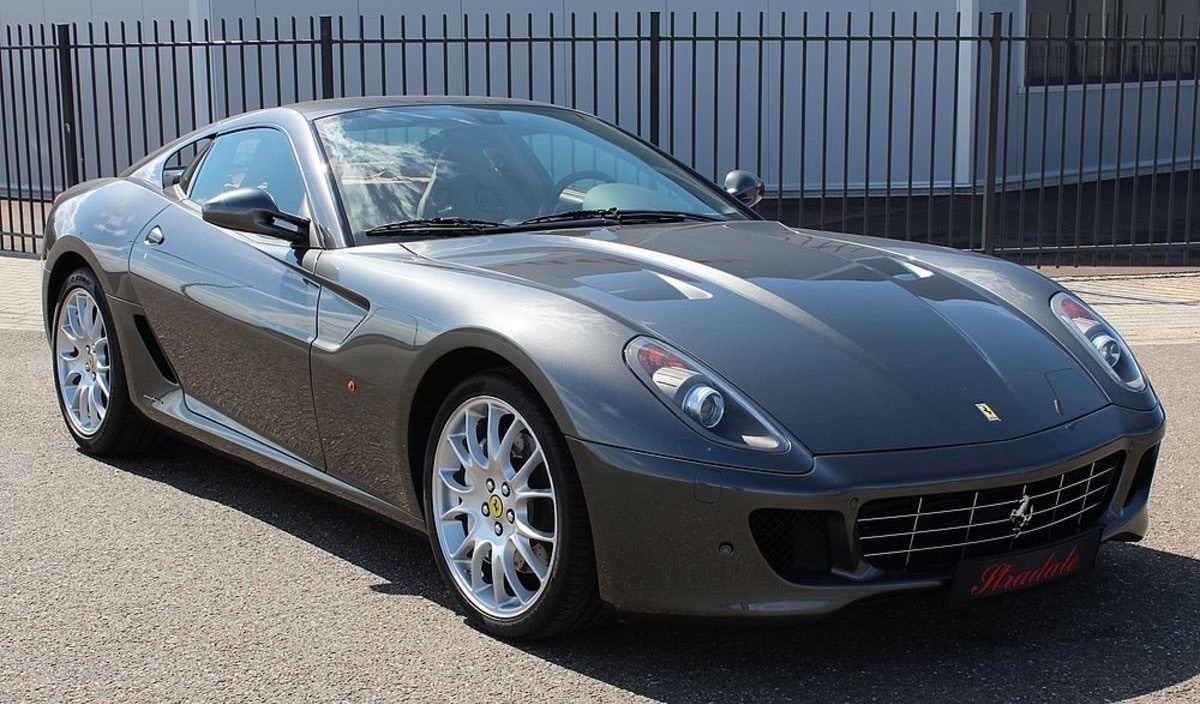 Like the other cars on this list, the 599 marked a first for Ferrari. When it broke cover in 2006, it was the first car from Maranello to be built on an aluminium chassis. At the time, its 6.0-litre, naturally-aspirated V12 producing 612bhp was also the most powerful engine that Ferrari had ever made. The 599 came out at a time when Ferrari was still a highly-competitive force in Formula 1 - albeit one that didn’t match the levels of domination from the early 2000s - and the all-new ‘F1 Trac’ traction control system was inspired by technology used in the scarlet F1 cars of Michael Schumacher and Felipe Massa. The 599 was arguably the groundwork for the technology-driven Ferraris of today, and we’re coming to one of those next… 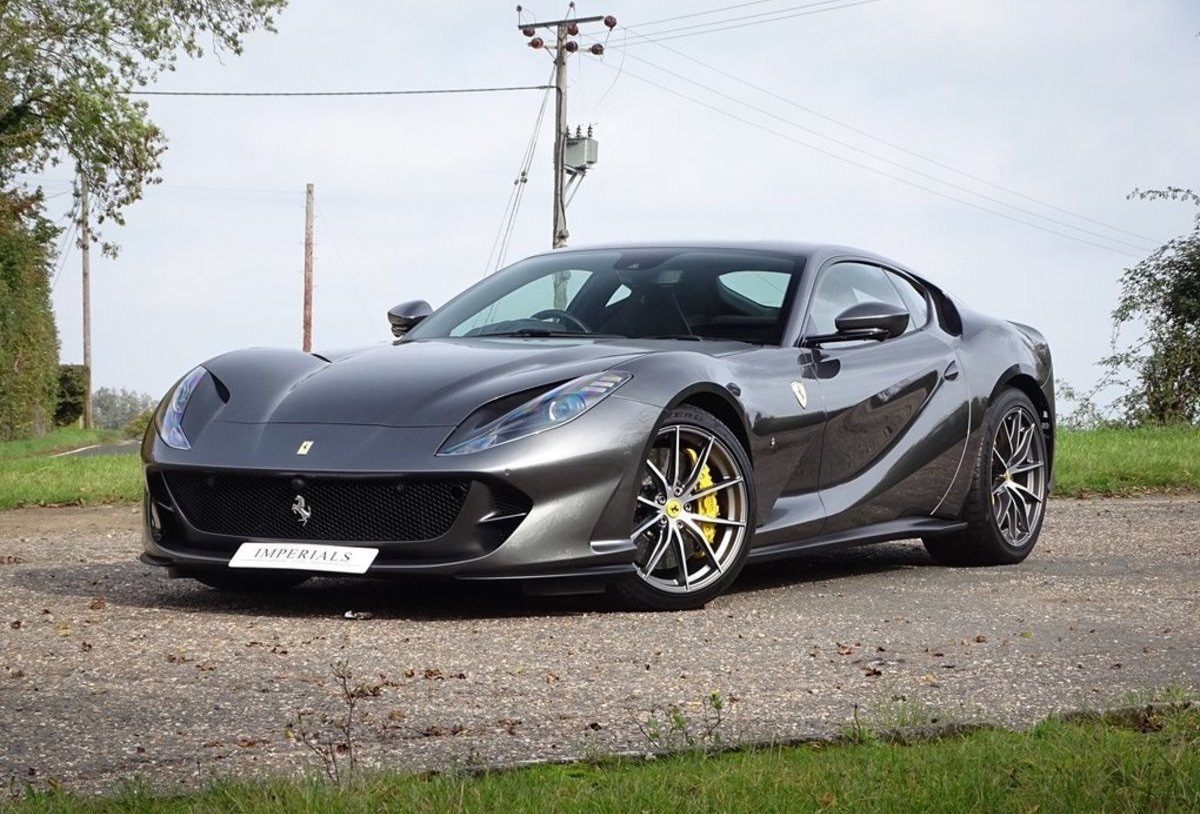 The Ferrari 812 Superfast is the latest in Maranello’s line of front-engined, rear-wheel-drive V12 grand tourers. With a top speed of 211mph and a power output of 789bhp, the 812 Superfast is exactly how it’s described. In fact, Ferrari claims that its GT flagship boasts the most powerful naturally-aspirated engine ever made. Putting the speed aside, the Superfast is what happens when Ferrari goes on a greatest hits tour: Maranello has used the very best of its modern in-house resources to create a true marvel of power, aggression, beauty and engineering. However, it has also drawn significantly on some illustrious names from its past - the interior is inspired by the LaFerrari hypercar, and the two-box, high tail rear is intended to evoke the 365/4 Daytona. According to Top Gear, the 812 Superfast is “a rolling national anthem that makes Italy great. It’s up there with the Renaissance and pizza.” We’re inclined to agree. It’s astonishing.