Tire Evolution: from a Piece of Rubber to Ultrahigh Performance in a Century

Several thousand years ago, a civilization of Sumer existed in Mesopotamia. Today, nobody would know it better than others but for one invention that changed the development of descending civilizations. It was a wheel. Sometimes this invention is called even the most important invention in the life of mankind.

The wheel changed radically the life of the Sumerians and all other descendant civilizations: use of the invented wheel facilitated lots of types of work. History tells us that many civilizations tried to improve the wheel to make it more comfortable and tried to stick rubber to it or some other type material for amortization, yet, such experiments used to fail until the very beginning of the 19th century. It was then when American Charles Goodyear developed vulcanized rubber; the inventor discovered vulcanization process which remains until these days an integral part of modern tire production.

By the way, the American was not the first inventor to patent the vulcanisation process on June 15th, 1844. In the same year, on May 21st, Thomas Hancock, an inventor from Great Britain, took out a patent for the vulcanization of rubber in his native country. Later, Goodyear argued that he even in 1839 knew the process of vulcanisation, still, this process, invented by him, used to be used for different purposes. Today, Charles Goodyear is introduced as the predecessor of all others who make efforts to improve a performance of the wheel. Yet, just in about fifty years later, a product occurred on the market which was closely related to the one which started to be called a tire.

The world‘s first gasoline-powered motor was created by Carl Benz in 1888. This automobile had metal wheels covered with rubber. The gap between the metal and rubber was filled with air, and this invention became a revolutionary one in automobile history because it led to then so called pneumatic tires. This novelty became a symbol of comfort and wealth, as people were used to metal or wooden wheels installed on carriages. The miracle of those days, a wheel covered with rubber, became extremely popular soon; and, in 1895, it was used for the first automobile race from Paris to Bordeaux. 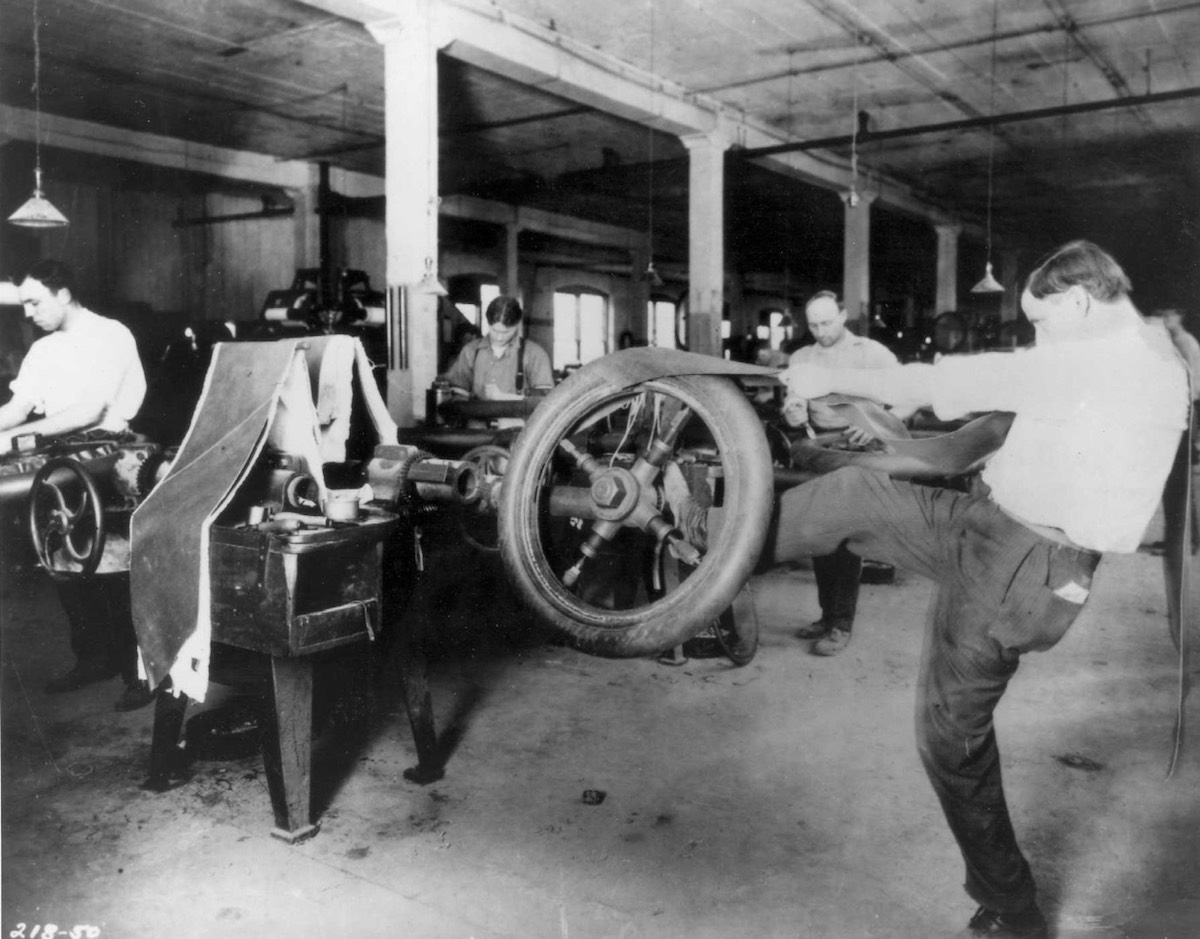 First tires were slick tires: this name of type of tires we use today, as the product did not have a protector. Again, the time came for new inventors: slick tires having a thin layer of rubber were weak in terms of puncture and slippage between the wheel and the surface. The slippage shortly became a problem for drivers, as automobile speed was increasing, although used to be ridiculously low to compare to that of our days. Thus, better adhesion was necessary. Apart from increase in speed, new problems appeared in connection with motorcar stopping and turning. The time came for protector of tires. Nobody knows who discovered the tread pattern, although the year is known – 1905.

In 1913, Henry Ford introduced the world‘s first assembly line for automobile mass production, which caused popularity of motorcars. At the same time, demand for tires grew markedly, although they were extremely expensive: extraction of natural rubber (caoutchouc) was not cheap, its transport was time and cash consuming business. In 1931, a solution to this problem was found, as DuPont USA company started successful serial production of synthetic rubber. This invention triggered a new era in automobile industry: cheaper tire production was launched, and more investments found their way in seeking solutions related to quality. 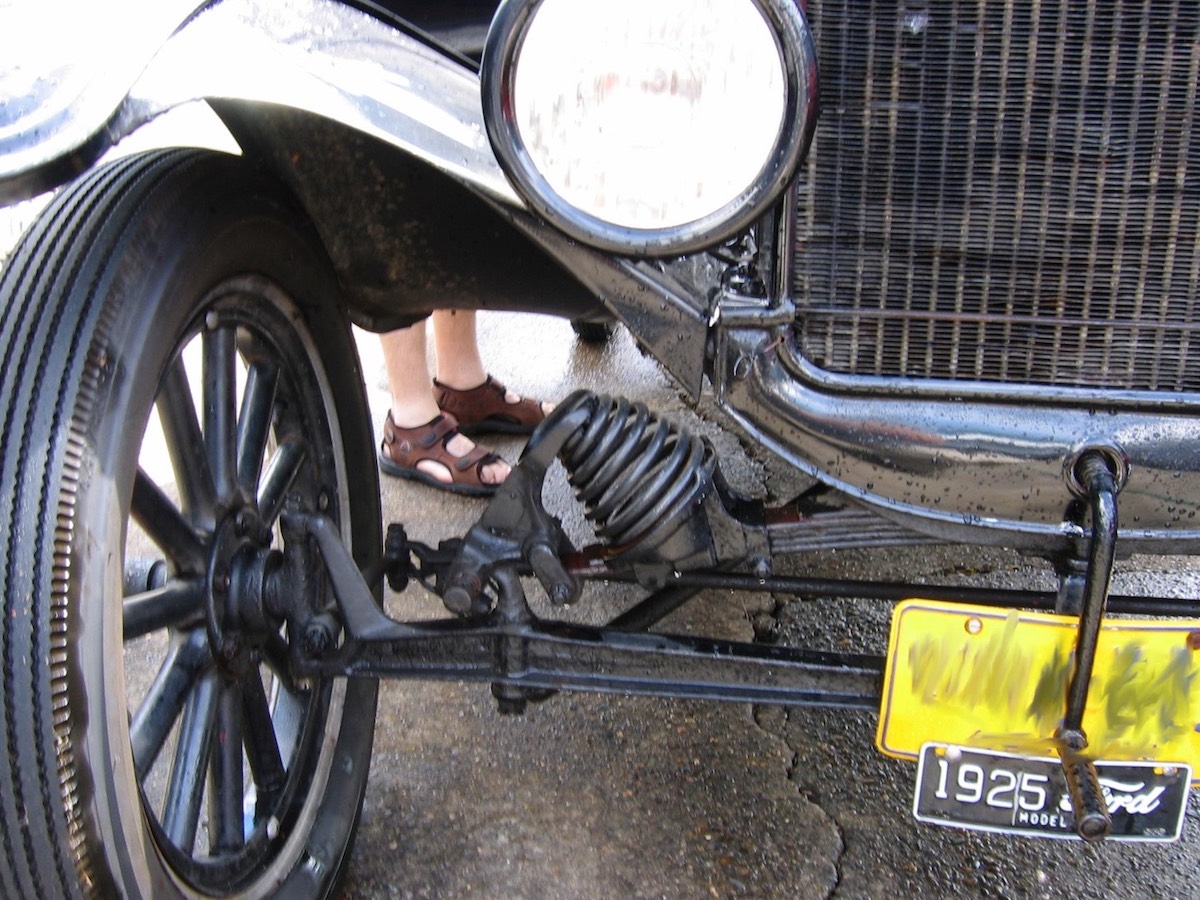 During the years of World War II and after, oil prices started to sour, again new era dawned for investors, as automobile economy was given priority in the automobile industry sector, manufacturers set up new goals, concerning size of cars and their weight. Economy cars, small and lightweight, required new type tires. Tubeless tires became popular at that time, which did not have a separate inner tube and reduced the weight of a car.

The year 1949 is a year of a radial tire invention. The carcass plies of such type tires are vertically arranged toward one side – in driving direction. This method allows having the carcass stronger and more resistant against deformations, while the tire itself becomes more cost-effective.

Run-flat tires is another step on the long road of tire improvement. This type of tires is relatively new, it has become popular just over recent years, although the principle was invented in 1979. This principle remains the same up to these days: a car even after a puncture is able to cover a distance of several kilometres long even at up to 80 km/h speed.

By the end of the 20th century, special attention used to be drawn to tire qualities, required by sports automobiles. The number of sports cars produced in Europe and Japan was increasing, and these cars were suitable for everyday ride. Then, a demand for tires ensuring high stability appeared. These tires may not be economic, they may not ensure comfort to the great extent, but they must ensure stability when turning and braking. This is the most important quality of such tires. 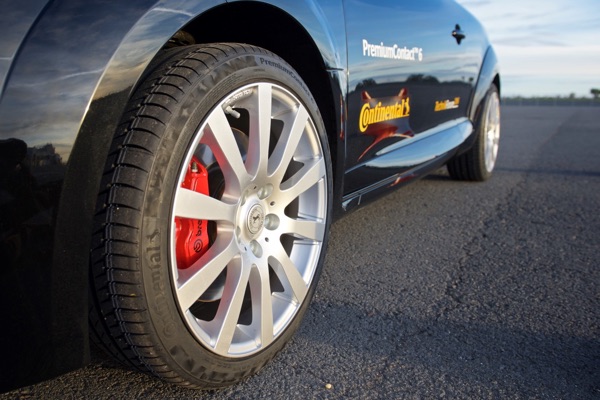 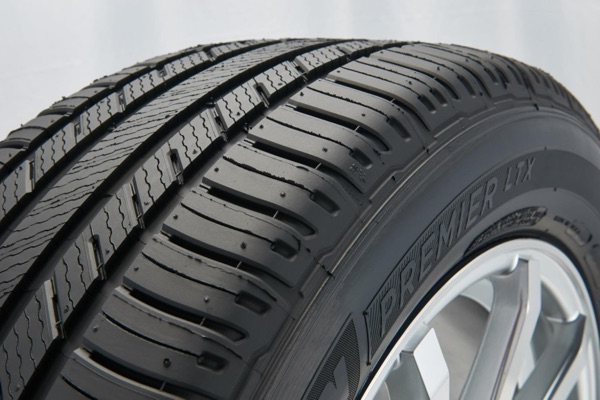 Over the last decade, manufacturers of tires have had to respond to a challenge related to braking. Wheel dimensions have become larger, cars added some weight, still, the same braking qualities must be ensured as earlier. However, the economy remains the greatest challenge today: increasingly stricter CO2 emission norms influence the performance of tire manufacturers. Their goal is to make both existing models and new concepts having resistance against running reduced to the extent maximum possible. A new trend shows tires of extremely large diameter, still, very narrow; quality of road surfaces is becoming increasingly better, and automobile suspension becomes more perfect, while all this allows creating innovations. For example, in a standard complete of Renault Scenic of the newest generation, wheel rims have diameter of 20 inches, while the width of such tires – less than 20 cm.