American masses got motorized pretty early, with the advent of Model T. The automobile was woven into the social fabric as the transport for the people. On the other side of the Atlantic things were a little different. Almost up until WWII the car was a novelty, almost a toy. Instead of using cars to run errands, Europeans raced them against each other or against other modes of transport. Blue Train Races are one of the most famous ambitious automotive challenges daredevils decided to take on.

For any of readers that are younger than 70 years old or have not read “The Mystery of the Blue Train” by Agatha Christie, the Blue Train (or Le Train Bleu) was an overnight train that took rich Britons to enjoy the pleasures of French Riviera. It was the epitome of luxury travel with Pullman coaches, restaurant cars and probably plenty of parties onboard. The clientele of Le Train Bleu featured people like Winston Churchill, Coco Chanel or Scott F. Fitzgerald.

Despite exceeding the speeds of 100 km/h, the Blue Train only averaged around 65 km/h over its 1200 km journey. It was largely due to having to circumnavigate Paris and stopping twice to change locomotives. In 1930 this gave a PR specialist of Rover, Dudley Noble an idea – promoting their new Light Model Six by beating the luxury sleeper train. Because this was a publicity stunt, Daily Express Motoring Editor Harold Pemberton was brought along for the journey after lengthy convincing of Express management. Frank Bennett, test driver of Rover joined as a mechanic and backup driver. 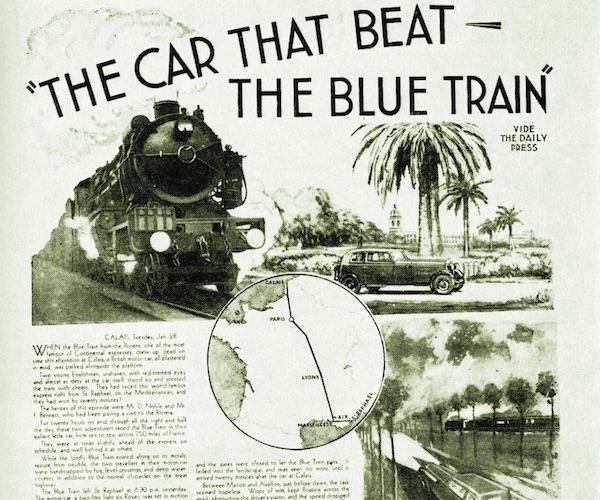 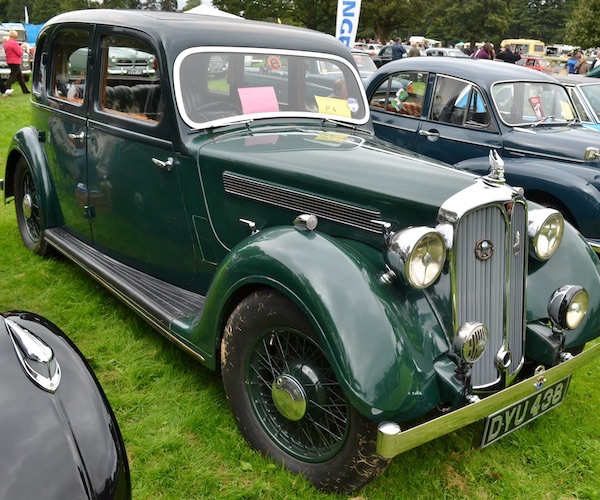 A Rover Light Six Saloon like this was used to beat the Blue Train
©Charles Dawson, Flickr

The race restarted on Sunday evening, and the pressure was high. In fact, it was so high, that roughly 50 km into the race, Pemberton overdid it, lost control of the car and went into a ditch. Miraculously, only superficial damage was done to the car and after towing it out, the crew of three was back on their way. Despite the setback and terrible weather, Rover have made it to the canal crossing 20 minutes before the train arrived.

After giving the story a nice PR spin, Noble pushed the story to every news outlet in the country. He presented it as a friendly race between some friends, some of which took the train, while others took the Rover. Daily Express loved the story, but not everyone was as enthused about this reckless endeavour. The Autocar disapproved such behaviour and only briefly mentioned this groundbreaking attempt in their pages.

After the publicity run initiated by Noble, many British petrolheads decided to take on the Blue Train, with varying results. Perhaps the most notable was Woolf Barnato’s effort when he beat the train all the way to London in his Bentley Speed Six. Heir to vast fortunes from South African diamond mines, he was one of the so-called ‘Bentley Boys’, a group of rich and exuberant playboys that raced Bentleys in their spare time, earning the brand its racing stripes. Barnato himself contributed vastly to Bentley’s pedigree. He was a 3 times Le Mans winner for Bentley and company’s chairman. 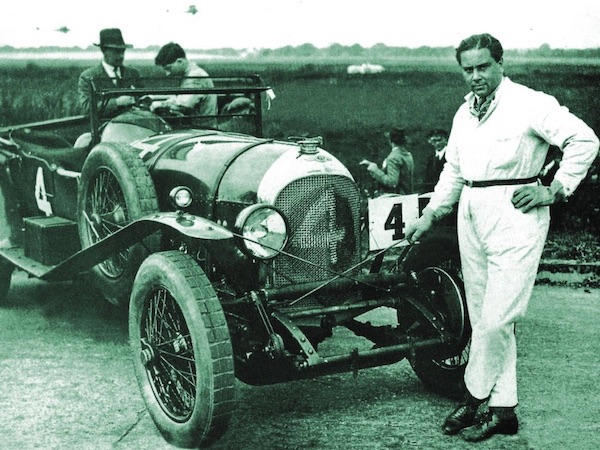 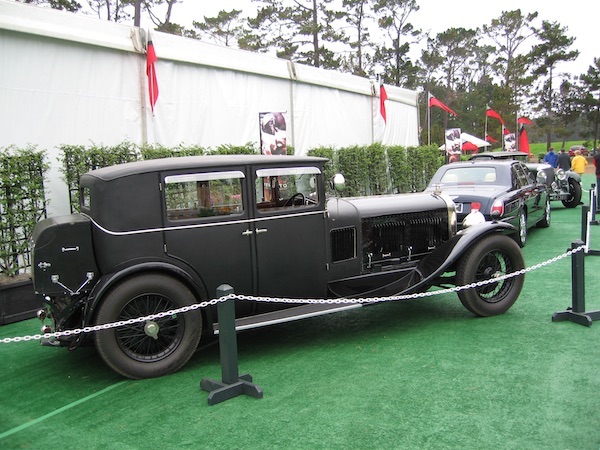 Barnato set out from Côte d’Azur towards Britain after making a confident bet of £200 that he can easily beat the Blue Train. If some pesky working class Rover could do it, it must be a breeze behind a wheel of a Bentley. He took Dale Bourne, an amateur golfer, as his backup driver.

Just like Noble’s team, Woolf Barnato encountered a number of challenges on the way. Thick fog and rain inhibited their progress. The worst came when the Bentley Speed Six got a flat. Luckily, one spare was onboard and the crew could swiftly continue.

Mulliner saloon and Gurney Nutting coupe variants of Speed Six side by side
©Simanaitissays.wordpress.com

Barnato have reached Calais at 10:30, hours ahead of the Blue Train, so he decided to take the ferry and carry on all the way to London. He has made it there less than 5 hours later, just before the Blue Train reached the channel. Even with the terrible roads of that era, he managed to average almost 70 km/h.

It was a convincing win, but the French were not happy about the Brits racing on their public roads. Woolf Barnato was fined £160 for his dangerous driving and Bentley was banned from attending the 1930 Paris Auto Show. 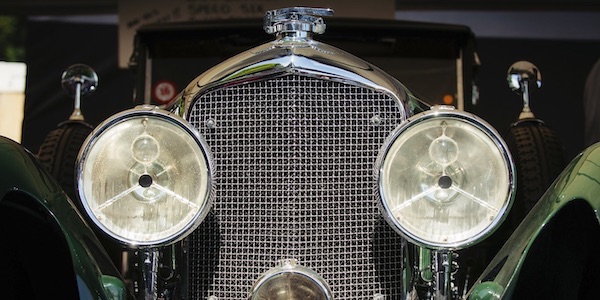 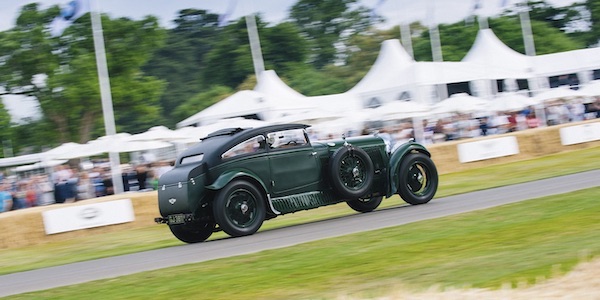 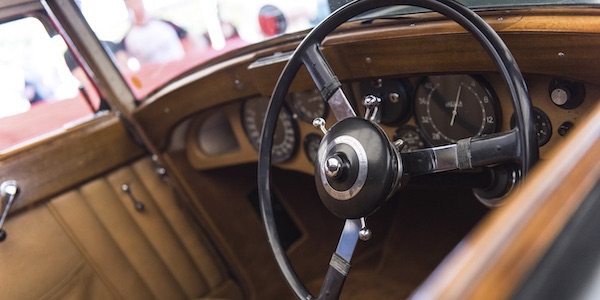 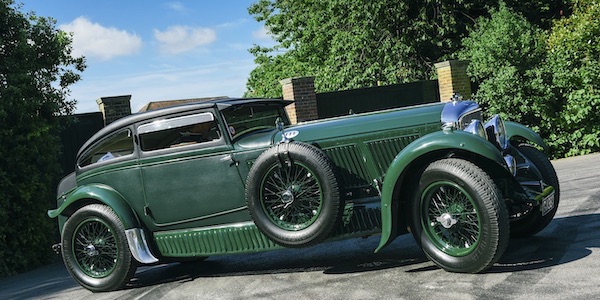 For years it was thought that Barnato achieved his impressive win in a Speed Six coupe that was coach built by Gurney Nutting, and multiple recreations of the car were built, some by Bentley themselves. One faithful recreation is also for sale on Dyler. Only recently, some historical records emerged showing that the Gurney Nutting coupe may not have been built in time for the race, meaning Barnato used another car from his stable for the record-crushing run. Some claim it may have been a four-door by Mulliner. Even Bentley themselves are on the fence on which car it actually was.

RAC publicly condemned Blue Train races, effectively putting the end to them. Enthusiasts then turned to race other trains, Dudley Noble himself made an attempt at beating the Oriental Express, going from London to Venice. Others decided to take on the Scottish Express. Still, hardly any of those races made for stories as magnificent as the Blue Train Races.