Exclusive Coupés from Eastern Europe: Cars Reserved for the Elite

The image that comes to mind when you hear the words "a car from the Eastern Bloc" is usually that of an outdated clunker that is a slow and uncomfortable copy of the technical solutions used in the West. However, was there ever a coupé in Eastern Europe that would not be an embarrassment driving on the roads of even the French Riviera?

It turns out that there were some, despite the minuscule production levels and even more minuscule availability to ordinary workers and collective farmers. Dyler.com presents you three cars from the Eastern Bloc – the Tatra T613 Vignale coupé, the Škoda 110 R and the Melkus RS 1000.

Tatra was not a factory invented by the local Communist Party to produce slow, stinky cars for the working class. Nothing of the sort. It is the third oldest car manufacturing company in the world, surpassed only by Daimler AG and Peugeot. During the inter-war period, Tatras were perhaps the most advanced cars in Eastern Europe, particularly in terms of aerodynamics. After World War II, Tatra continued their aerodynamic tests, producing rounded limousines to drive around the cream of the Communist Party of Czechoslovakia.

In 1968, the government decided that it needed new wheels, so it issued a directive for Tatra to start building a new government limousine. That same year, the Italian styling house of Vignale presented two prototypes for the future limousine – the T613 sedan and the T613 Vignale coupé. Although they both turned out nice and featured contemporary design, a coupé is still a coupé – the two-door version looked a lot better than the four-door limousine. 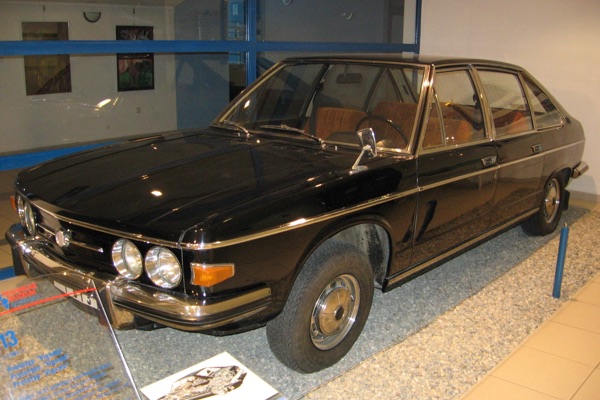 The feature that made the model different from cars of a similar class from Western Europe or Detroit was that it had a V8 engine that was mounted in the rear rather than in the front. The 3.5-litre, 170-hp engine was also air-cooled. Not only did the car look good – it was also supposed to drive well. A soft suspension along with informative and sharp steering gave the Tatra a rather sporty feel... However, these are the characteristics of the T613 sedan. 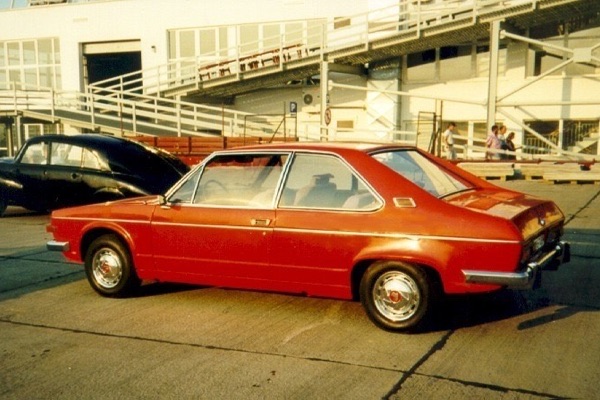 You would be hard pressed to find a witness who could confirm that these are also suitable for a coupé, since only three 613 coupés were produced. Only one T613 Vignale coupé has survived to this day, having finally been repaired after a major accident and spending several years forgotten on factory grounds. The sad thing is that due to the quirks of a planned economy, this car never made it to the serial production stage. Just imagine how much attention and how many orders it would have received if it had come out in the free world, and what it could have done in rallying and racing... 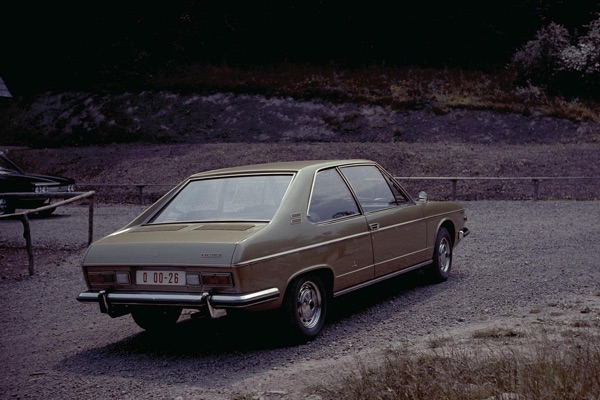 Another Eastern Bloc coupé – also created in Czechoslovakia – is the Škoda 110 R, which rolled out into the gloomy reality of Socialism in 1970. The first thing worth mention is that this model was nicknamed the "Porsche of Eastern Europe". This was due to the similar body shape, especially the downward-sloping roof line and, like in the Tatra, the rear-mounted engine. Given, it was not as powerful – the 110 R had a 1.1-litre engine that could only produce 62 hp which it shared with the 110 sedan. This allowed it to reach a top speed of 145 km/h and squeeze out 100 km/h in 18.5 seconds. 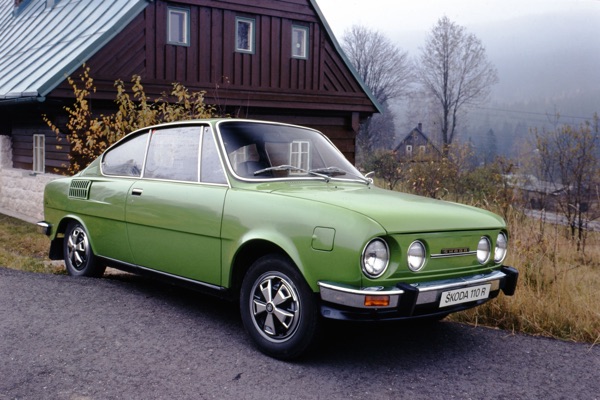 The car didn't really stand out for comfort – it even came with a tachometer and sports seats as perks. It would almost seem like a typical Eastern European car... but wait, there's more. Inspired by the sedan's victories in rallying, Škoda decided to give Western capitalists a lesson and build a supercar based on the 110 R that even the illustrious Lancia Stratos would fear.

Thus, the 110 RS. The standard 1.1-litre engine was modified by inflating its cubic capacity to 1.3 litres. This monster could already generate all 140 horsepower. Maybe that doesn't seem like a lot these days when little old ladies drive hatchbacks that are more powerful, but keep in mind that this was in the 70s when cars were much lighter than they are now. For a car that weighed less than a ton, 140 horsepower was very impressive and allowed it to show excellent results on both European and global rally courses and beyond. The 110 RS even won the European Touring Car Championship. 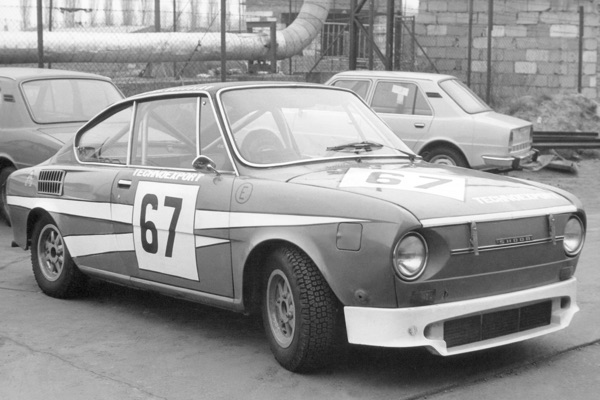 If these achievements have inspired you to buy a "Communist Porsche" for yourself – we have good news. Unlike in the case of the three Tatra T613 Vignale coupés, a bit over 57,000 Škoda 110 Rs were released. Although there aren't that many of them on the market at the moment, you can still find a few that don't cost much for a sports car from the 70s, going for around 3,000 euros, depending on the condition. 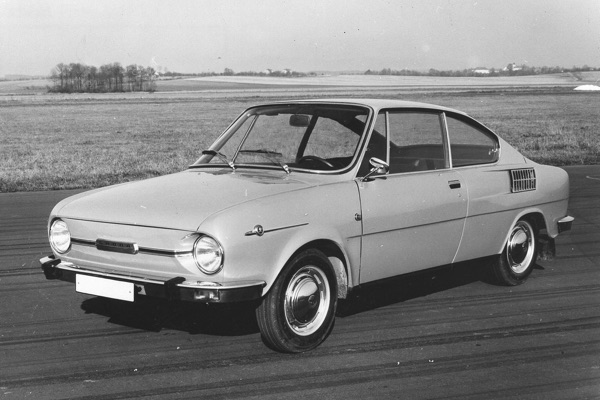 Now let's move from Czechoslovakia to another country that no longer exists – the German Democratic Republic. The same one that gave the world the Trabant. And if the Czechoslovakian car was the "Socialist Porsche", then the one produced in East Germany was called the "Socialist Ferrari". So the Melkus RS 1000 – yet another creative name for an Eastern Bloc car, as per tradition. 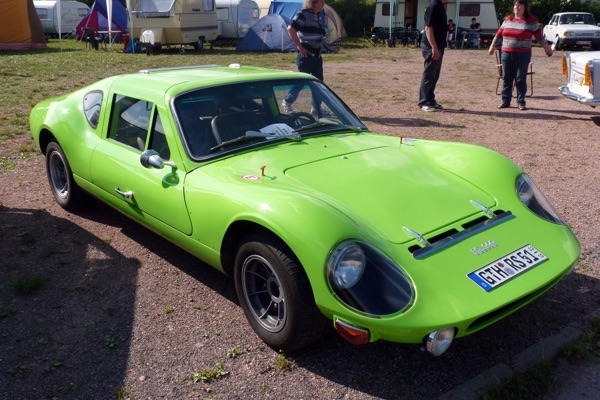 The car could hardly have been nicknamed the Eastern European Ferrari for its technical capabilities. The rear-mounted, two-stroke engine only had 1.0 litre and 70 horses that trotted as comically as in a Trabant or a Wartburg, but allowed for a maximum speed of 165 km/h and acceleration to 100 in a fairly decent 12 seconds.

Although it was still far from a Ferrari, the fibreglass body design was a lot closer to the rich boy toy from Modena. Round headlights with elongated plastic casing, a low roof line, wheel arches... Similar enough to the 250 GTO, right? This little guy even had gull-wing doors, just like the legendary Mercedes-Benz SL of the 50s. 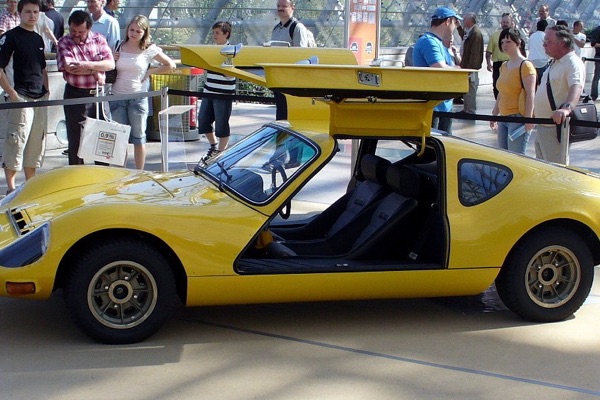 True, the Melkus RS 1000 is almost as rare as the T613 coupé. During ten years of production, only about 100 were produced and handed out to select DDR citizens; now you just won't find one of them on the market, since all of the surviving models are in the hands of collectors. However, you can always watch ATC's "All Around the World" video. The group was original, and instead of using some boring Porsche for their video, they went with a nice "Almost a Ferrari" from Eastern Europe! 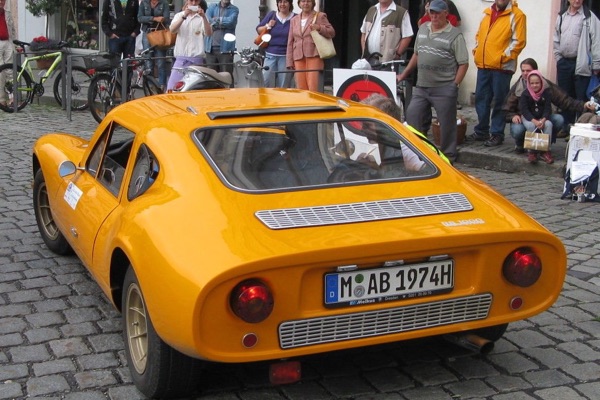 So even Eastern Europe had some nice sports cars that make you want to take them for a spin on the racetrack. However, the word "had" is quite conditional. As you can see from the examples here, these cars, with the exception of the Škoda, was not made for everyone – they were for select people who did a lot for the Communist Party. So if it wasn't for the ridiculous restrictions conditioned by the socialist economy and world view, even a simple socialist factory worker could have been able to set out for a holiday in a fast two-door, just like his Western counterpart.