Car enthusiast community loves exceptional vehicles striving for something that is out of ordinary. We stop and stare when a long sleek vintage Jaguar rolls by or imagine ourselves blasting through serpentines in a small, nimble Alfa Romeo.

Everyday machines, especially vans, often go under the petrolheads’ radar - there is hardly anyone who enjoys listening to the engine of Ford Transit or ogles at lines of Mercedes-Benz Sprinter. And yet, there have been commercial vehicles with tons of appeal, Citroën HY being one of them. Although lacking in speed and luxury this van makes up for it with geeky engineering and authentic modesty. Nowadays they are loved for their quirky looks, but back then, HY helped to restore post WW II Europe.

At first glance, it is hard to pinpoint which historical era Citroën HY belongs to, as it looks like a creature from an alternative automotive universe. When the car debuted in 1947, it revolutionized the world of light commercial vehicles. In fact, this industry was virtually non-existent – most of small transporters were just converted passenger vehicles. Citroën, on the other hand, started from a clean sheet with an aim to construct a practical work mule. Ingenious Citroën designer Flaminio Bertoni, also responsible for Traction Avant, 2CV and the legendary DS, used corrugated metal sheets to develop a sturdy lightweight structure for the van, giving its distinctive look. HY is often lovingly referred to as a ‘salad basket’ (panier à salade) and inspiration for it came from aircraft engineering – German Junkers JU 52 air transporters utilized similar construction. 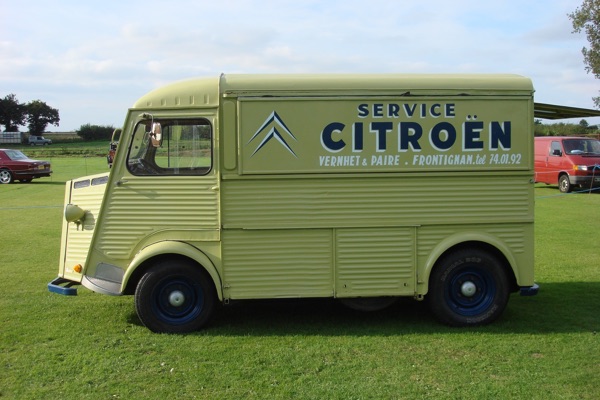 Pre-1969 HY with round rear arches
© Photo by Oxyman, Wikimedia

Corrugated body is not the only feature setting the Citroën HY apart from other vehicles of the era. In order to maximize the loading volume of it, the engine was at the very front and drove front wheels. HY’s mechanicals derive from Citroën Traction Avant, but the engine is turned around, so the gearbox, unusually, sits in front of it. To conserve interior space, Citroën implemented unibody construction, an innovation even in passenger cars at the time, with a sophisticated independent suspension, as well as rack and pinion steering. As a positive side effect of this space-saving exercise, HY has a low center of gravity and surprisingly good handling. At the time, Citroën’s HY was lightyears ahead of competition. More interestingly, the van’s predecessor was developed even earlier. HY owes many of its R&D to Citroën TUB, a pre-WW II utility vehicle that sported a similar layout, but lacked corrugated steel bodywork. 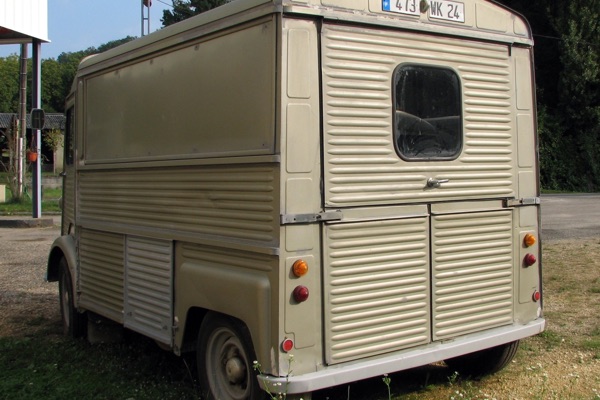 Rear door opens in three sections – one up, two to the sides
© Photo by Mic, Flickr

Master of all trades

One of the main engines HY was sold with, 1.9 petrol unit, only had somewhere between 35 and 50 bhp. It may seem laughable today, but the car could carry more than it weighed – with a payload of 1 600 kg, weighing in only 1 200 kg. Its contemporaries Morris J and VW Type 2 could handle only around half of that weight. What is more, the HY was designed so anyone under 180 cm tall could stand upright in the back. Given the practicality of HY’s design, it is not surprising that the van was produced for 33 years, up until 1981, and almost half of a million of them rolled down the assembly line. 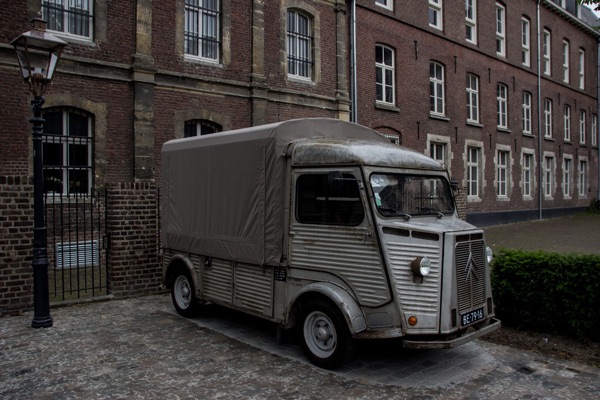 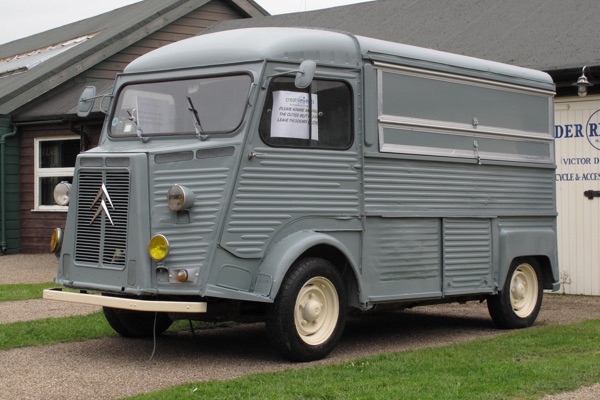 The van was originally called H-type, and during the production run, a number of versions were produced, yet HY was by far the most popular. For this reason, most of these vans are referred to as HY, even if it is not always technically correct. Earliest vans were just called H, HP was a pickup truck, HX was the entry level model with lesser capacity and HW could bear the heaviest load. Externally, very minor changes were implemented during the lifespan of HY – most notable were changes of Citroën chevron logo on the grille and switch to single piece windscreen in 1964 or redesigned rear mudguards in 1969. 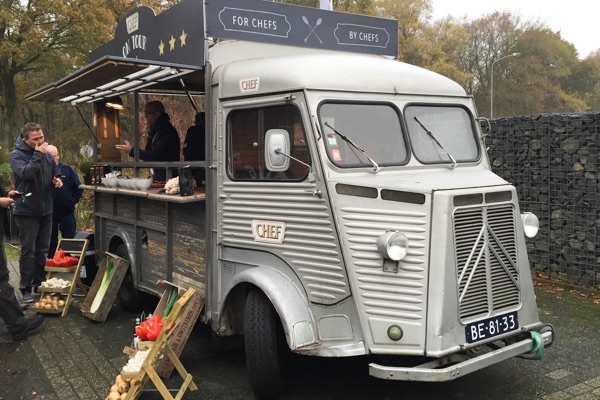 Most of HYs buzzed around Europe – chicken tax introduced in the 1960s made them hard to import to US. Majority of the vans ended up in France and Benelux countries, not too far from where they were originally manufactured – France and the Netherlands. There was a brief attempt to make right hand drive version across a canal, in England, but hardly any of those HYs are left today.

Initially adored for their practicality, HYs are now loved for their looks – the vans are often converted to stylish food trucks and promotional vehicles. Even Citroën themselves have not forgotten their magnificent work mule – 2011 Tubik concept made clear references to its grandfather HY. Clearly, the appeal of quirky French van has not worn off even 7 decades later.