The engine is the heart and soul of any sports car. That especially applies to Ferrari. To Enzo, the power plant was the focal part of any of his cars. He was so proud of the Maranello engines that in 1960, he blatantly claimed that “aerodynamics are for people who can’t build engines.” Even though his views about aerodynamics were bound to change, Ferrari remained true to building engines that thrill, excite and win races. Because of various historical circumstances, a handful of models from other automakers ended up with the engines from the house of the Prancing Horse.

In the ‘50s and ‘60s, Ferrari was building road cars primarily to support their racing efforts. However, there were only so many wealthy buyers that could afford a race-bred V12 supercar. Enzo Ferrari started toying with an idea of producing a scaled-down version of their supercars to appeal to a broader market. A sports car for the people, if you wish.

Designed by Giorgetto Giugiaro at Bertone company, this ristretto-sized coupe was unofficially dubbed as “Ferrarina”. The 4-cylinder unit under its hood was essentially a 1/3 of Ferrari’s aluminium 3 liter V12. The compact sports car made its official debut in 1961 Turin Motor Show. At the time, Enzo was firmly set on putting his name only on vehicles with V12s. Thus, the Ferrarina project was handed down to electromechanical industry moguls Oronzio and Nicola de Nora, longtime Ferrari friends and clients. 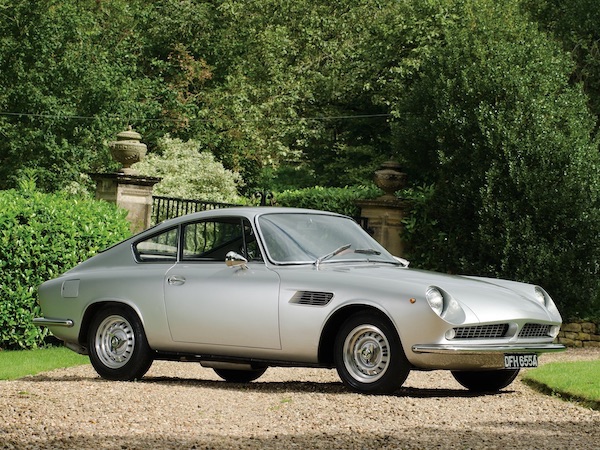 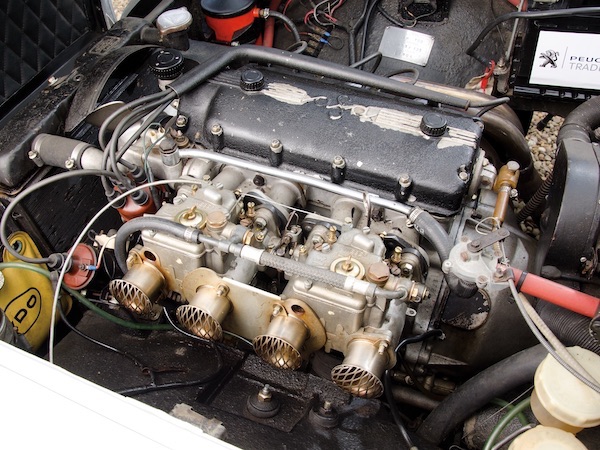 The production car was built from 1964 and went by the name of ASA 1000 GT. It was quite a package – the downsized Ferrari motor was fed by twin Weber carbs. The car also received a chassis developed by the magnificent Bizzarini, as well as disk brakes in all corners. It was a brilliant little car, perhaps too bright for its own good. This painstaking development and chase for perfection drove its price up to USD 6,000. However, very few were willing to pay that sort of money for a 1-liter car. The production span for three years, but fewer than 80 units of ASA 1000s were built, making them truly exclusive. Despite their history and rarity, “Ferrarinas” often don’t fetch stellar prices. The one you see in the pictures sold for GBP 36,400 in an RM Sotheby’s auction back in 2012. A cracking value, considering the car is a 1/3 sized Ferrari 250 GT, and the latter goes for at least half a million. 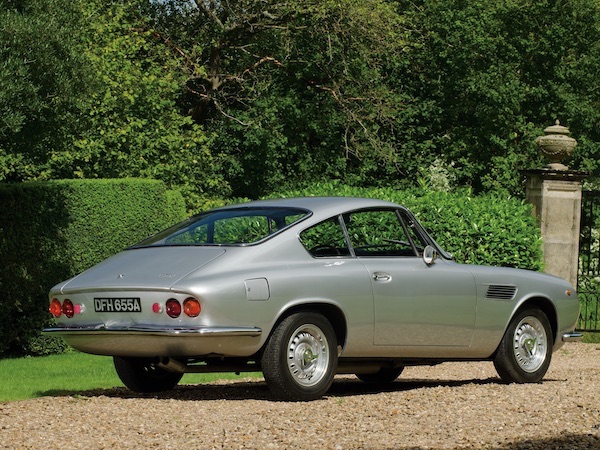 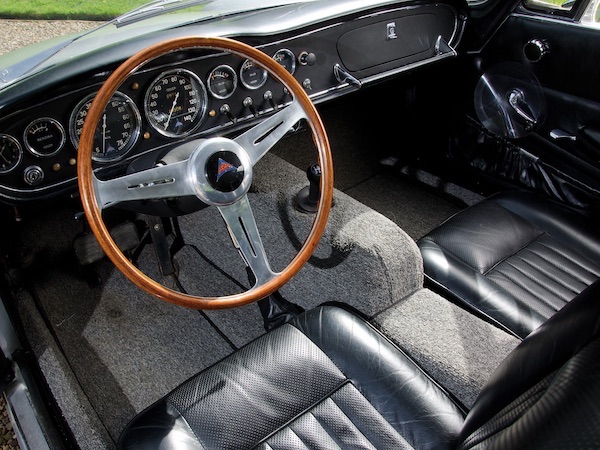 Yet another car that was just too small to carry the Ferrari moniker. Dino V6 was conceived by Enzo’s son Alfredo ‘Alfredino’ Ferrari, who died from illness during engine’s development, and Vittorio Jano, the man behind the first production V6 in the world. As usual for Ferrari, this engine was primarily meant for competitions. In this case, it was Formula 2. To homologate the powerplant in time for the 1968 championship, Ferrari had to release 500 units of it as road cars in 1967. Back then, the Maranello factory could not produce the cars in such numbers, so they turned to their neighbours from Fiat for help. 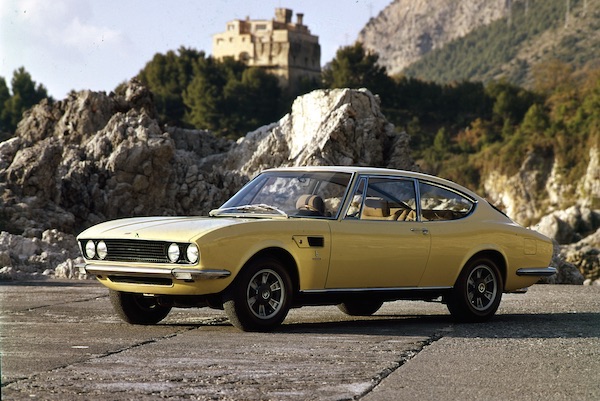 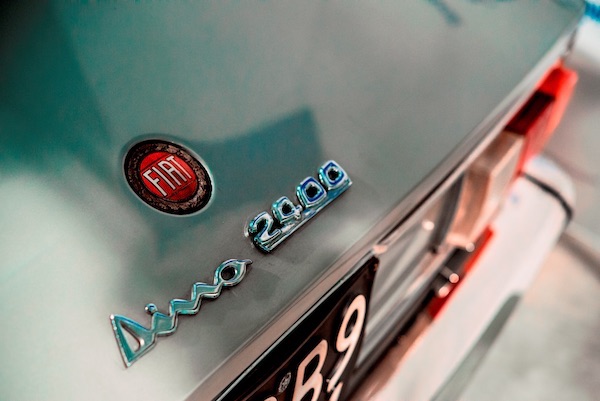 This union gave birth to two quintessentially different GT cars – mid-engined Dino 406 GT, which was a Ferrari in everything but the name, and front-engined Fiat Dino. The latter was a fascinating creature, comprised of Ferrari running gear and mechanicals from Fiat. In 1966, the world saw the Pininfarina-designed 2.0 V6 Fiat Dino Spider. The car was ascetic and pure, even the radio was optional. A few months later, a better-trimmed coupe was introduced, penned by Bertone. Its heart - Ferrari-derived motor - remained the same.

In 1969, the Fiat Dino twins received a facelift. The aluminium 2.0 V6 was replaced by a mightier 2.4 iron-block unit, the same as found in the Dino 246 GT or the legendary Lancia Stratos. For a long time, Fiat Dinos were considered oddballs of the classic car world. Charlie Bates, an owner of a 2400 Spider, said that the Dino was thought to be "a used Fiat that you had to pay Ferrari prices to repair." The times have changed now, and collectors recognize the appeal of the Fiat Dino, leading to a hike in their prices. Right now, the Coupes go for at least EUR 50,000, while rarer Spiders can easily fetch double the amount. 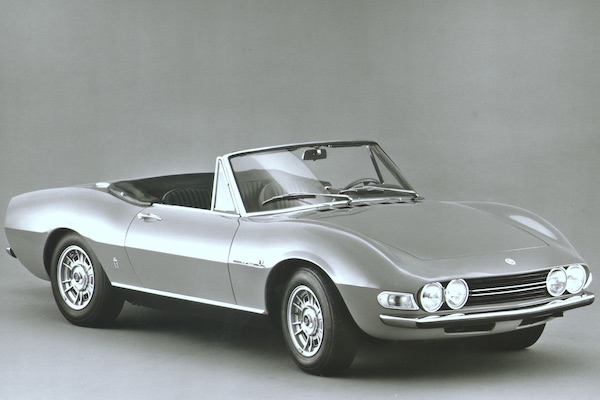 Spyders are much rarer and costlier to obtain
© FCA 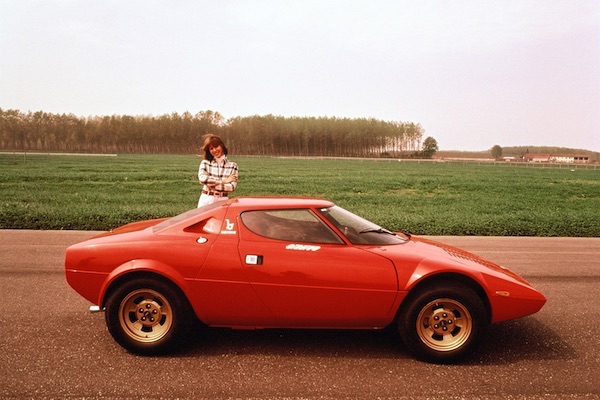 Ferrari’s relationship with Fiat didn’t end there – the Italian industry giant acquired 50% of Ferrari stocks in the late 60s, leading to decades of collaboration between the brands. In 1993, Fiat also purchased Maserati, and Ferrari’s Luca di Montezemolo was assigned to head both of the supercar brands. Mr. di Montezemolo then decided that Maserati can have a Ferrari V8, known as F136 in Ferrari-speak, which is found in the F430.

This 4.2 l V8 was first introduced in Maserati Coupe and Spyder in 2002. It is a pretty sophisticated affair, with a dry sump and aluminium block. One aspect of how it differed from the engine with the Prancing Horse was its crank configuration. High-revving but harsh flat-plane crank configuration was replaced with a more traditional cross-plane crank to better suit the GT character. 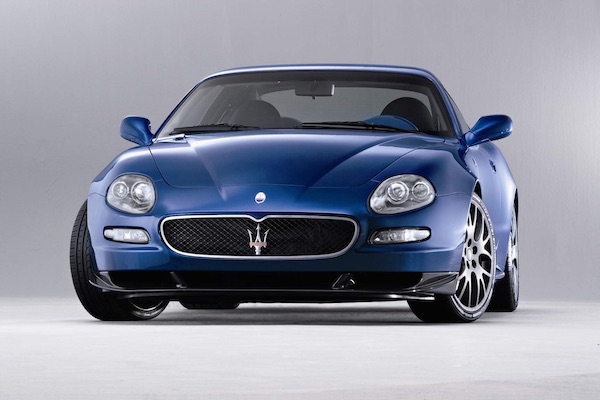 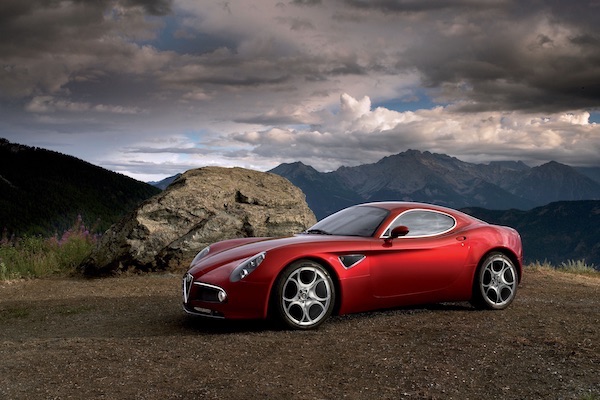 Soon, the V8 made its way into other Maseratis, including the Quattroporte and the GranSport. A few years later, its capacity was increased to 4.7 l, converting it to a more conventional wet sump setup. This version still comes with GranTurismo and GranCabrio to this day. Alfa Romeo’s limited run supercar 8C was also gifted with this motor. All of them remain a little-known entry point to Ferrari engine ownership. 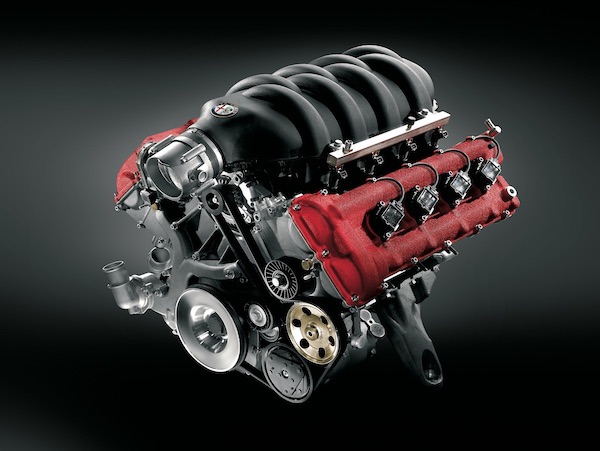 F136 can be immediately recognized by its distinctive intake manifold
© FCA 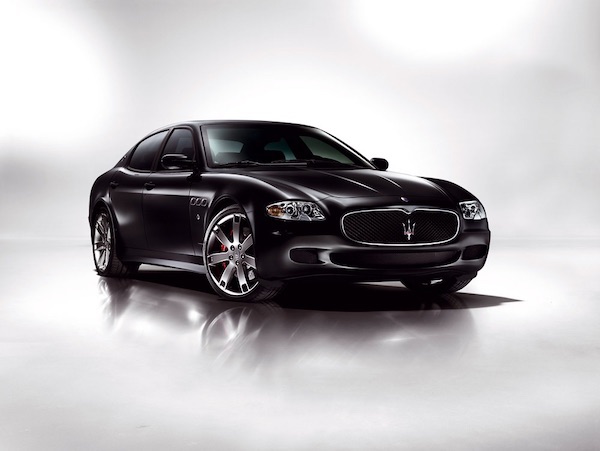 This list would not be complete without the most peculiar Ferrari engine bearer of them all. We have written about this car before so you can head there to learn the full story. 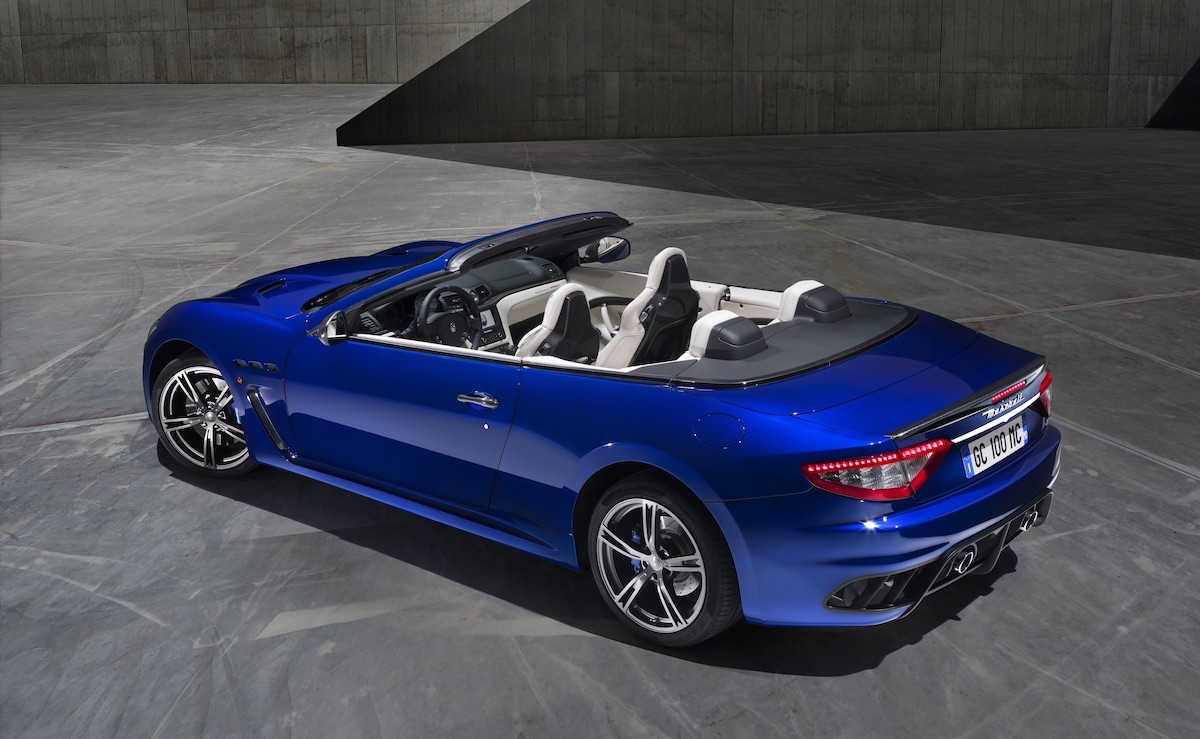 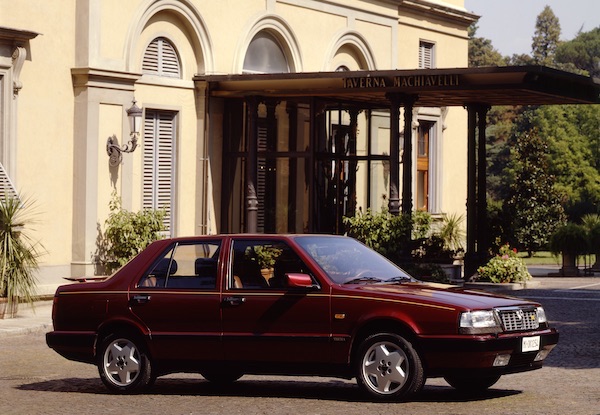 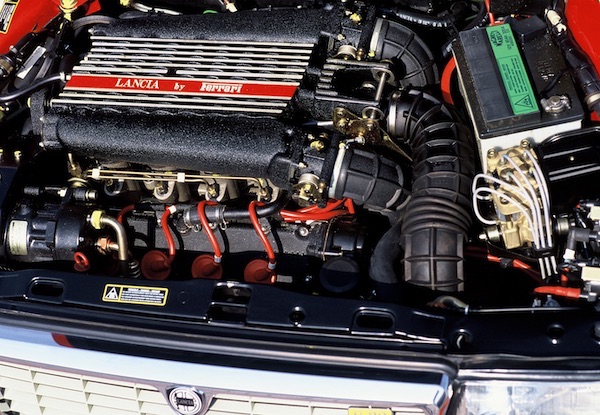 Just like in the case of Maserati V8s, Ferrari engine in the Lancia utilizes a cross-plane crankshaft, resulting in more torque down low and throatier engine note. Car’s FWD chassis restricted it from becoming a worthy competition to BMW M5 or Mercedes-Benz E500. But today, it is an exciting option for the collectors that seek something a little different.