Thanks to some serious mismanagement on behalf of parent companies, Lancia - one of the most desired brands amongst classic car enthusiasts - has become a pale facsimile of itself.

This once proud car maker - and don’t forget that Lancia is the pioneer of the V4 engine, the most successful manufacturer in the history of the WRC, and the creator of iconic classic cars such as the Lancia Stratos, Delta, and 037 - now sells only one car. That car is the Ypsilon, a small city car which is based on the ageing platform shared by the equally ageing FIAT Panda and the FIAT 500.

At the start of 2021, Lancia was taken over by Stellantis, the merger between FIAT Chrysler and PSA. Given the amount of brands it has under its umbrella, there is reason for car lovers to be hopeful of a rejuvenated Lancia brand. However, almost half-way through 2021, there has been no news on the future of Lancia.

So whilst we wait to find out the future of Lancia, this edition of This Week in Cars is a reminder of why despite being a bit odd at times, we need a Lancia revival.

Oh, and part of our Lancia Love-in, we also spoke to a car designer who has redeveloped the legendary Delta S4 for the 21st century. You can read that exclusive interview by clicking here. 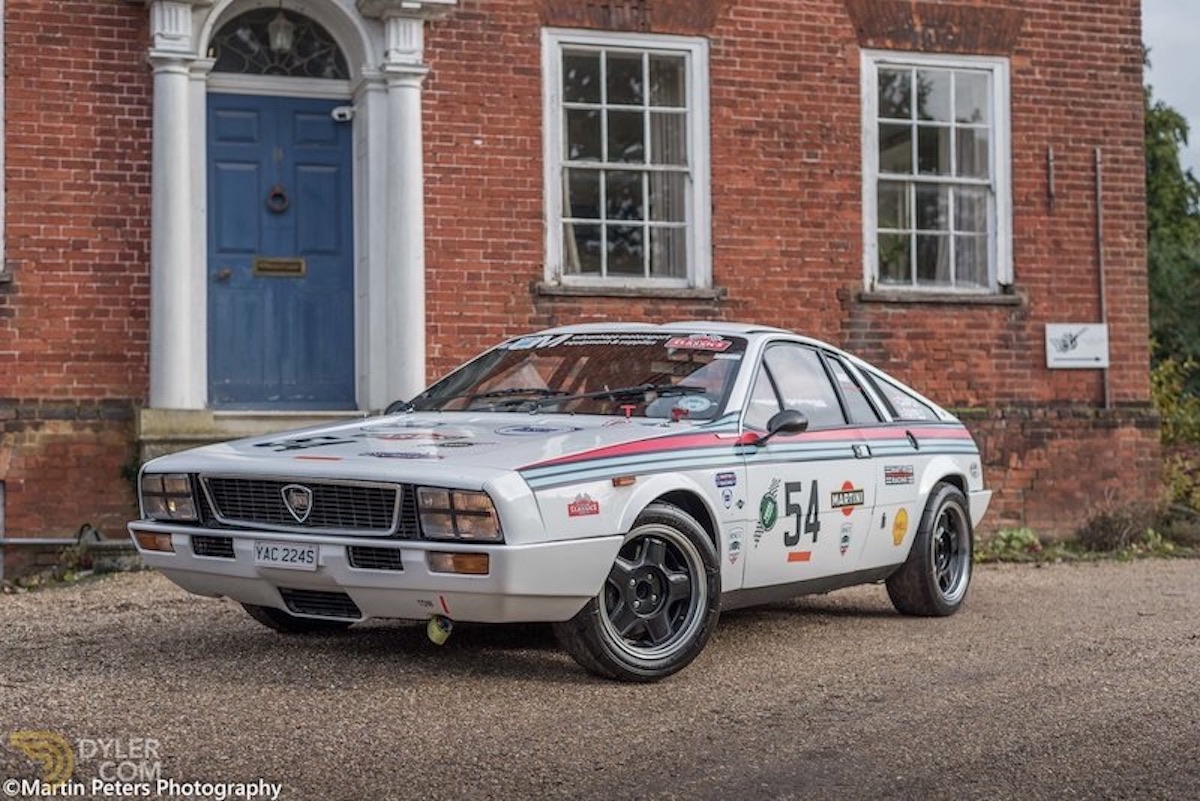 The Lancia Beta Montecarlo was a mid-engined, rear wheel-drive machine that appealed to the hearts of driving purists when it launched in 1975
© Total Headturners

Known amongst UK classic car enthusiasts as the car that forced Lancia to withdraw from the UK market, the Lancia Beta was one of the brand’s most popular models. The Montecarlo - or Lancia Scorpion, if you’re from the United States - was the sporty version of the entry-level, yet luxurious Lancia. First launched in 1975, the striking Montecarlo was powered by a mid-engined, inline-four 2.0-liter engine, which was hidden by a distinctive engine cover which opened sideways. By the time Lancia halted production of the Beta Montecarlo in 1981, it had earned a reputation as a decent race car thanks to its sharp handling and balanced weight distribution. In 1980, the Beta won the World Sportscar Championship in the under 2.0-litre division, and also formed the basis for the legendary 037 rally car. 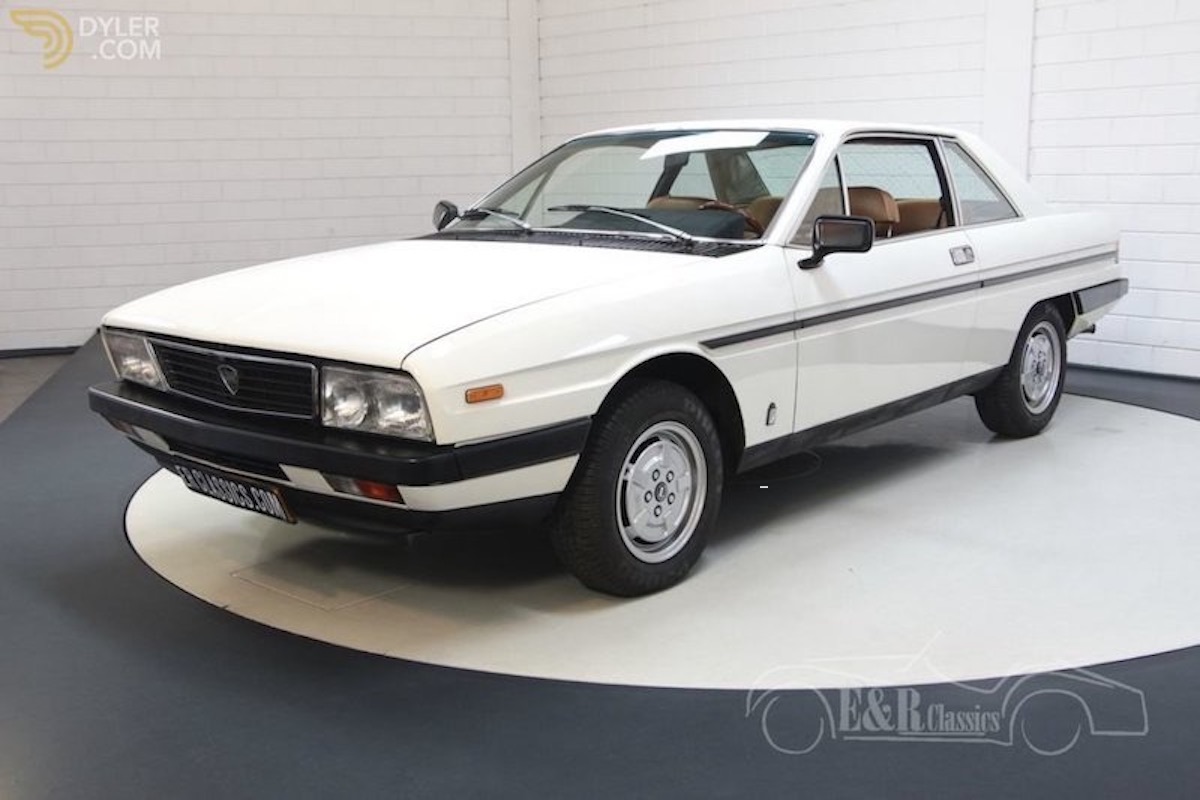 Launched in 1976, the Lancia Gamma was the brand’s flagship model, and the smart, Pininfarina-penned luxury car was the antithesis to the excesses of the era. The Gamma’s party-piece was a reasonably efficient (by mid-1970s standards, anyway) and groundbreaking all-aluminium flat-four engine, which was available in either 2.0-litre or 2.5-litre form. Given the dimensions of the boxer engine, it allowed Lancia to mount it lower in the car. This allowed the Gamma’s designer, Aldo Brovarone, to give it a sleeker, more aerodynamic profile than most luxury cars from the era. Lancia produced the Gamma from 1976 to 1984. However, not many remain in 2021, so seeing one of these elusive, big Lancias on the road is a rare sight, and ultimately a bit of a treat. 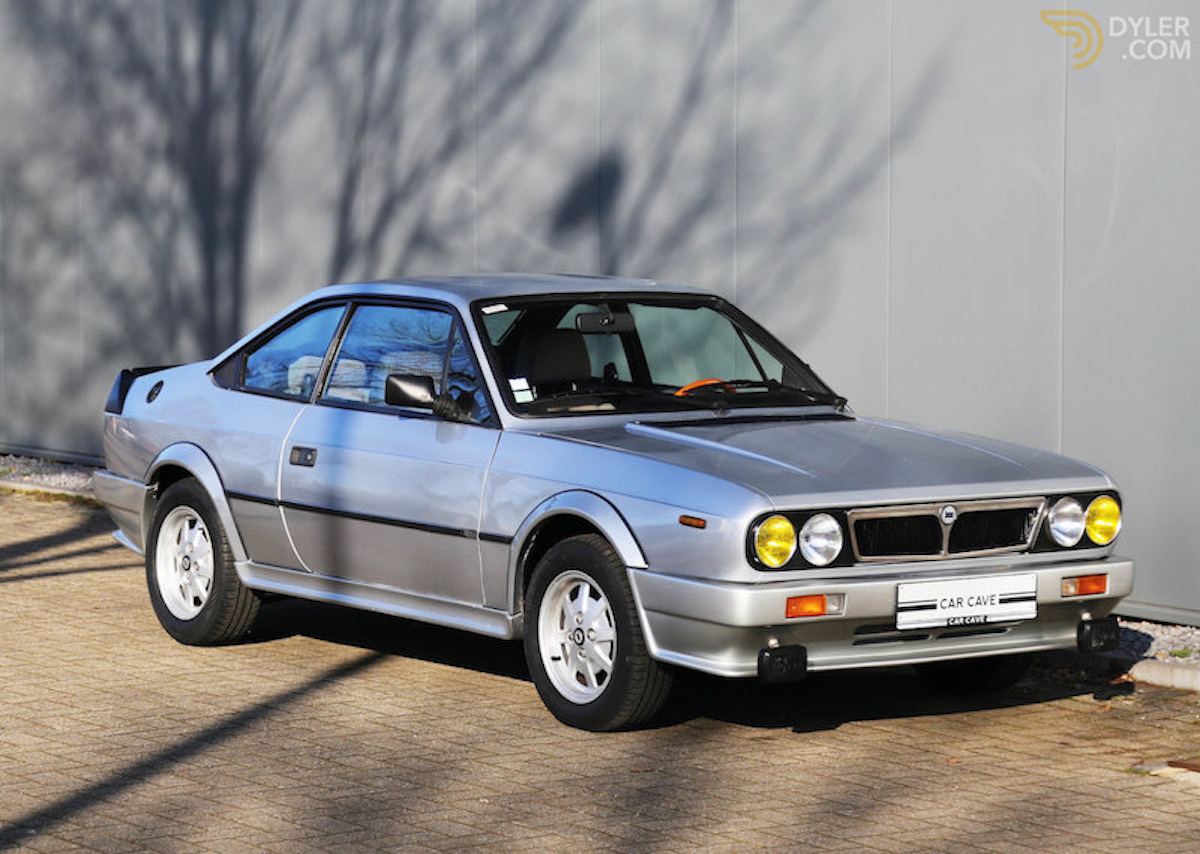 Despite having a reputation for being rust prone, the Lancia Beta was one of the most popular cars made by Lancia during its production run
© Carcave BV

As we’ve already discovered, the Lancia Beta was the car that ultimately marked the demise of Lancia over in the UK. However, under the skin lay a fine handling machine which the motoring press at the time described as “a proper drivers car” thanks to its range of peppy 1.6-litre and 2.0-litre engines, and well-balanced chassis. The Beta was available in several body styles, including saloon, coupé, targa, and a rarer than hen’s teeth estate HPE version. The Lancia Beta is a rare classic car, but if you can find a good one such as this, it’ll bring you plenty of smiles per-gallon. 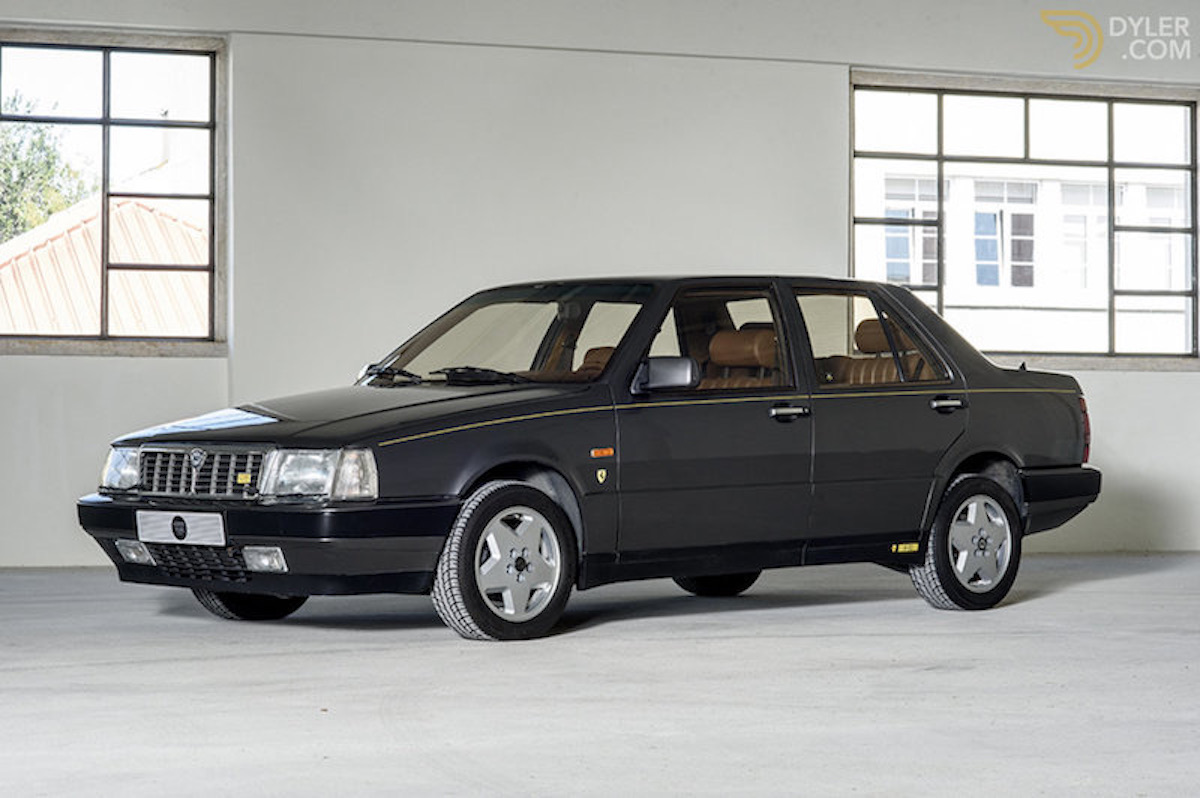 It may look like a standard Lancia Thema, but under the hood lies a 3.2-litre V8 borrowed from Ferrari
© Oldtimer Studio

At first glance, this Lancia Thema 8.32 looks like any mid-sized family car from the 1980s. It’s well-proportioned, subtle, and compared to cars of a similar size in 2021, it even looks a bit small. Yet get up close, and you’ll notice that this is no ordinary Lancia Thema. It’s a Lancia Thema 8.32, which has a 3.2-litre, Ferrari V8 under the bonnet, which Maranello used in its 308 and Mondial Quattrovalvole models. The top speed of the “Lancia by Ferrari”? 149mph, and a 0-62mph time of Lancia’s BMW M5 challenger also features an egg-crate grill, and subtle yellow badging to make it out as a spicy version. Inside, the Thema received alcantara seats, a full leather dashboard, burr wood trim, a sports steering wheel, and a redesigned fascia exclusive to the 8.32 model. Isn’t this the ‘80s sleeper car that you never knew you wanted? 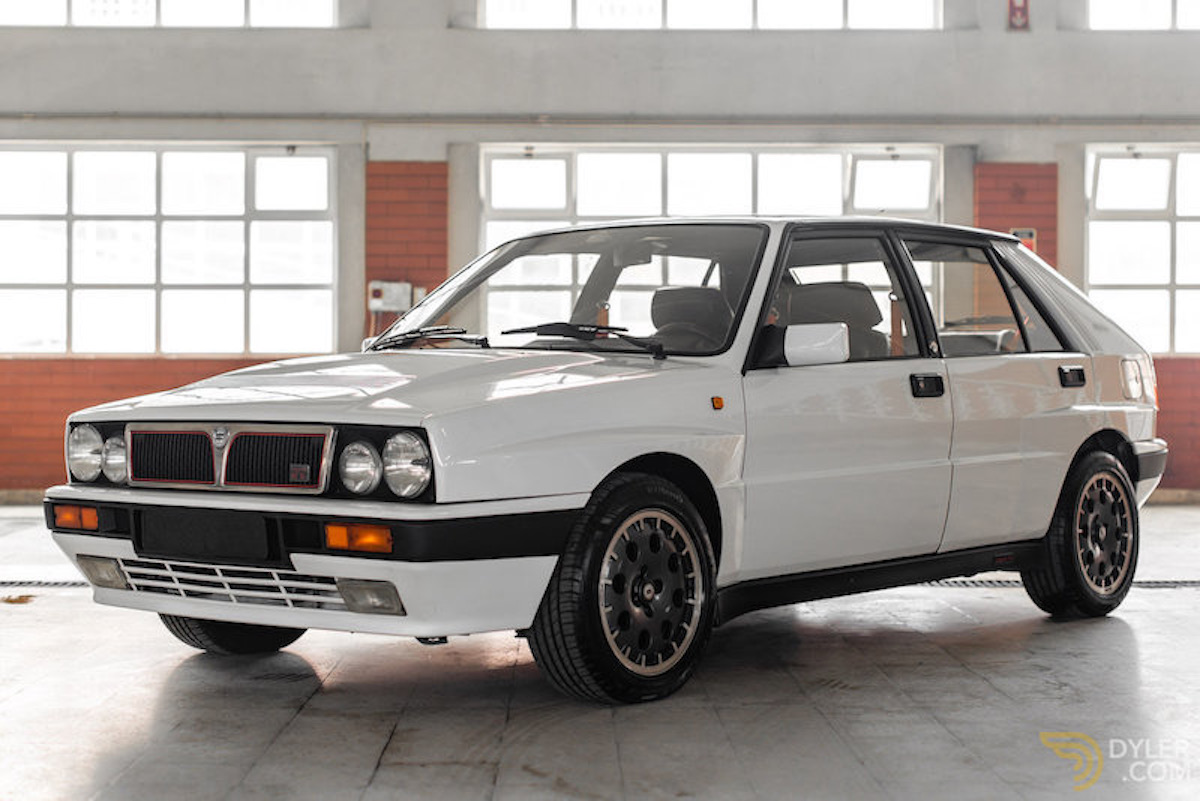 The Lancia Delta 16v is another much-desired, yet still-affordable classic car
© Cars&Co

In recent years, prices for the Lancia Delta HF Integrale have sorn, with prices for late models reaching six figures. Yet for the smaller 16 valve car like this one, prices are still affordable around the £25k upwards mark. The Lancia Delta16v was developed for competition in the World Rally Championship - a category of motorsport in which Lancia excelled. The 16v was no different to Lancia’s previous WRC title winning cars. On its competitive debut, the 1989 San Remo rally, it took victory in the hands of two-time World Rally champion, Miki Biasion. Under the hood, the 16v Delta’s party piece was a 2.0-litre, turbocharged motor which produced 197bhp, a top speed of 137mph, and a 0-62mph time of 5.7 seconds. Our advice? If you want one of these, move quickly because they’re tipped to become very expensive very soon!