Ian Callum is the Man Who Revolutionized Jaguar

When Callum joined Jaguar in 1999, he aimed to transform the brand which was reeking of golf club bags and old medicine. Almost two decades down the road, the manufacturer offers a fleet of vehicles that puts forward its core qualities – grace, pace and space in a very 21st century way. We look at how the ingenious designer managed to achieve it.

Callum’s obsession dates back as far as he remembers himself. Although his dad did not have a car, he recalls sketching cars even when he was three or four. Perhaps it was a drive to own something unattainable. This passion eventually grew into a long and successful career. Luckily, Callum is now in a position to drive virtually any car he likes, so his garage now boasts a resto-modded Jaguar MkII from his childhood era.

Arguably, Ian Callum’s contribution to Jaguar is his most significant feat to date, but there are many notable achievements in his career. The ingenious Scot designed such renowned racers as Ford Escort Cosworth and Nissan R-390. During his years in Aston Martin, he also drew the DB7 and Vanquish. Not a shabby portfolio, then. 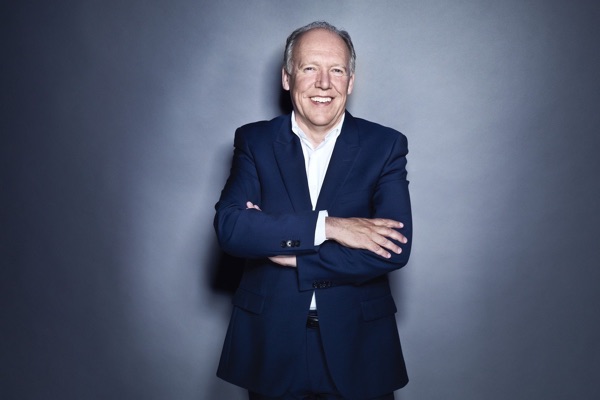 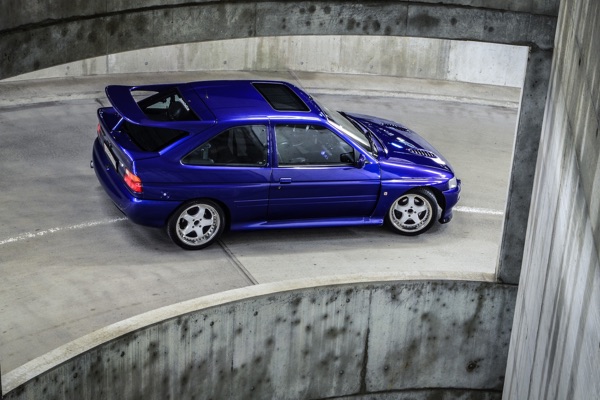 Yet, when he first joined Jaguar, he was off to quite a rough start. In an interview for Top Gear he confessed I joined with a naïve vision. I was petrified to be given custodianship of something very important. It needed fixing because it wasn’t the dynamic modern brand that I remembered. I thought it would take 10 years to do what I wanted.

Strapped for cash, Jaguar, owned by Ford at that time, had to use parts from Ford’s bin. The first new model under Callum’s rule was the X-type, the car that could hardly justify the leaping cat on its hood. Many criticize it for being essentially a reskinned Mondeo. Admittedly, Callum did not have the full authority over the car’s design and had to share this role with Geoff Lawson and Wayne Burgess. A later Jaguar XK was a definite improvement but still flawed and conservative due to company’s lack of resources. 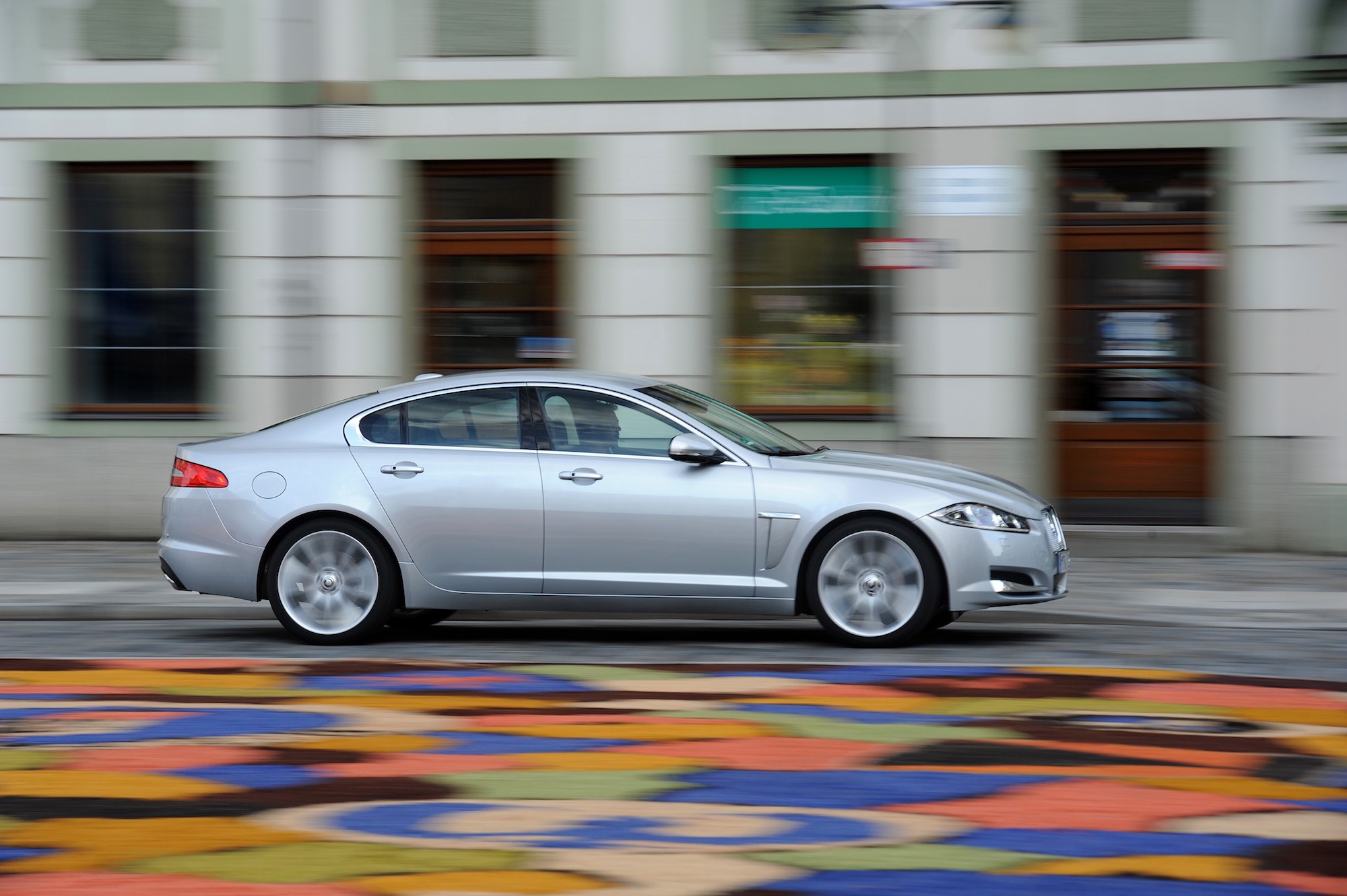 XF shook off the old image of Jaguar
© Jaguar

The true breakthrough happened in 2007, with the introduction of XF. Not only had the car shaken the old image of tweed jackets and cigars, it finally offered the amount of luxury to match its German rivals. All of the reminders of 1950s were gone from this Jaguar, both inside and out. There were no double headlights nor a leaper on the fascia, while the inside featured leather and wood arranged in a much more contemporary manner. Arguably, it was a bold move by Jaguar and I am pretty sure they have lost a chunk of their older audience. Even 10 years down the line, Callum views the XF as a highlight of his career, as it was so disruptive. 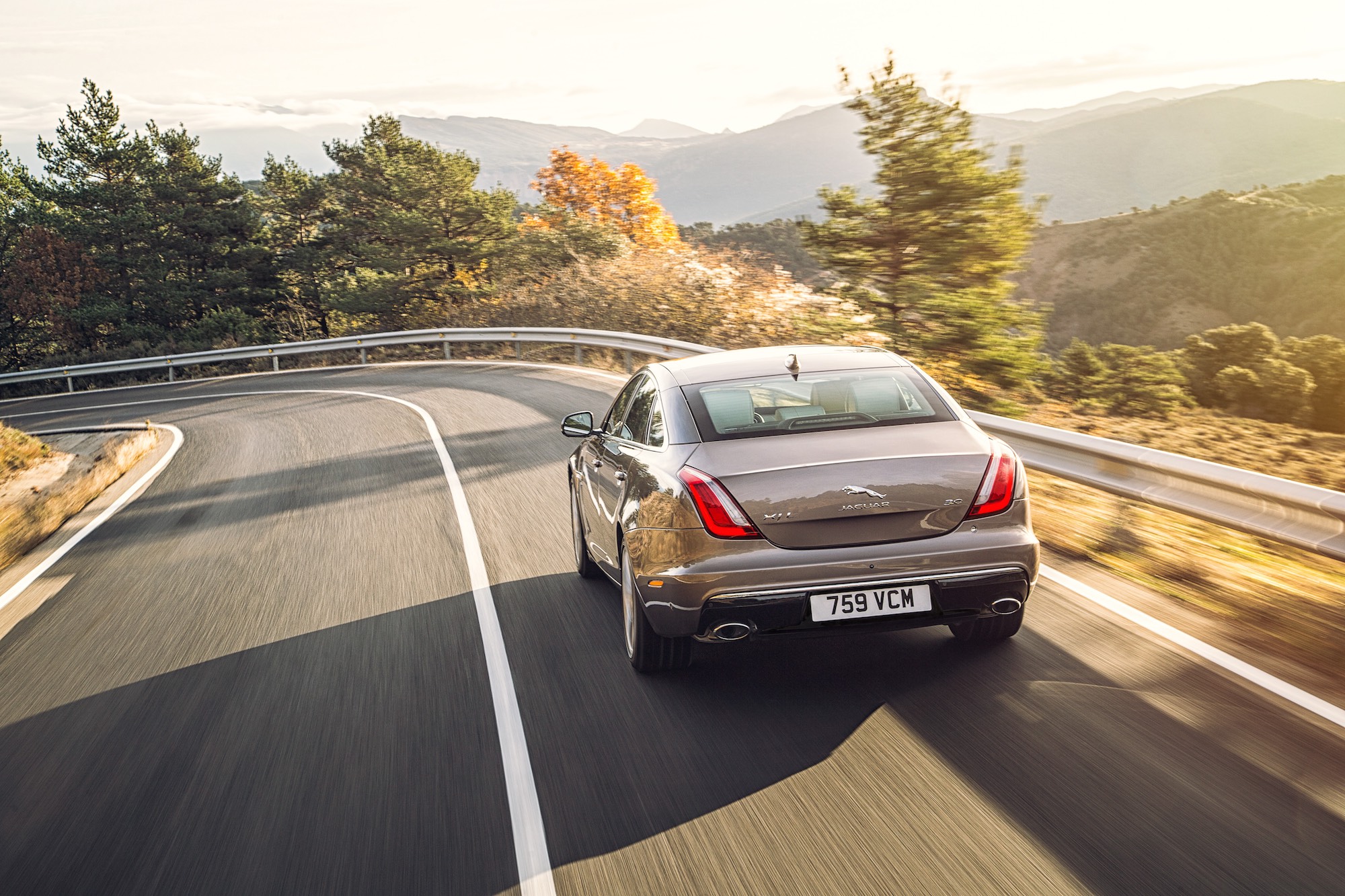 So how does Ian Callum pull off this new Jaguar look? He explained for autoguide that “design up front needs to be consistently recognized, while the whole car needs to have an underlying current, a thread that ties it all together as ‘this is a Jaguar’.” Over the following decade he created the sublime XJ, exciting F-Type and slightly unexpected F-Pace SUV. 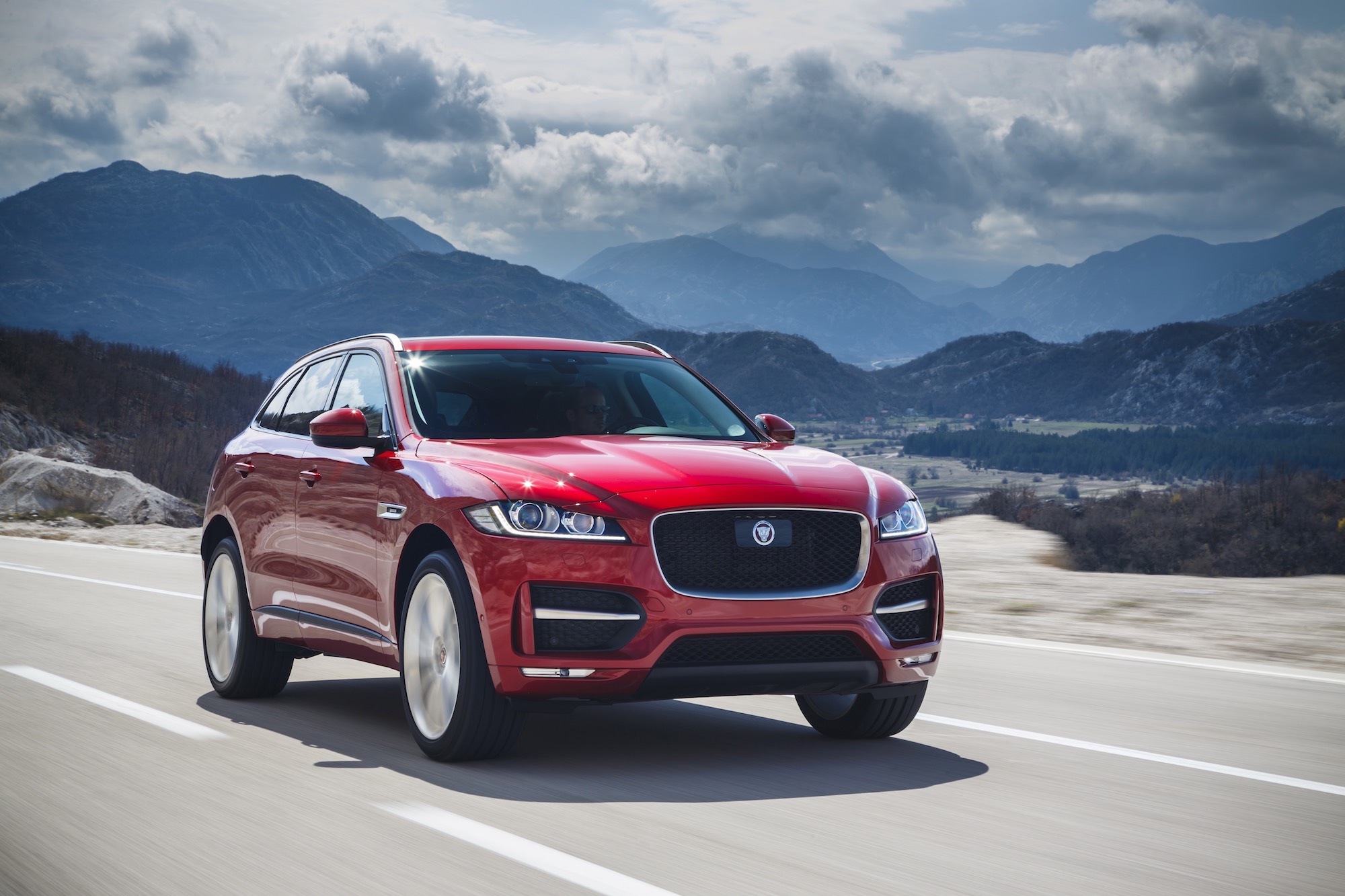 F-Pace is the first SUV from Jaguar
© Jaguar

According to Callum, F-Type is no direct successor for the E-Type. As much as he loves old cars, contemporary vehicles have to comply with completely different set of requirements thus, the end result cannot be similar to a car from the 60s. Instead, F-Type is just as engaging rear wheel drive sports car as Jaguar could create. What is up with all of the alleged ties to the E-Type? Well, it’s just marketing strategy. Whereas E-Type was an elegant grand tourer, F-Type impresses drivers with its over exaggerated dramatism.

It is easy to see why Jaguar would build a car like the F-Type, but what did Ian Callum think when designing the F-Pace? The designer has admitted he was quite skeptical towards the SUV trend a few years ago and designing one for Jaguar was unthinkable. Over time his attitude has changed as he noticed the people using crossovers for more than off-roading. Instead, they are treated just like regular cars. In a Top Gear interview, he commented There’s a natural Britishness about crossovers. When we set about doing the F-Pace it was challenging. It wasn’t a natural place for me. Even if the F-Pace makes Jaguar purists mad, there is no denying Callum managed to inject Jaguar-ness into it. 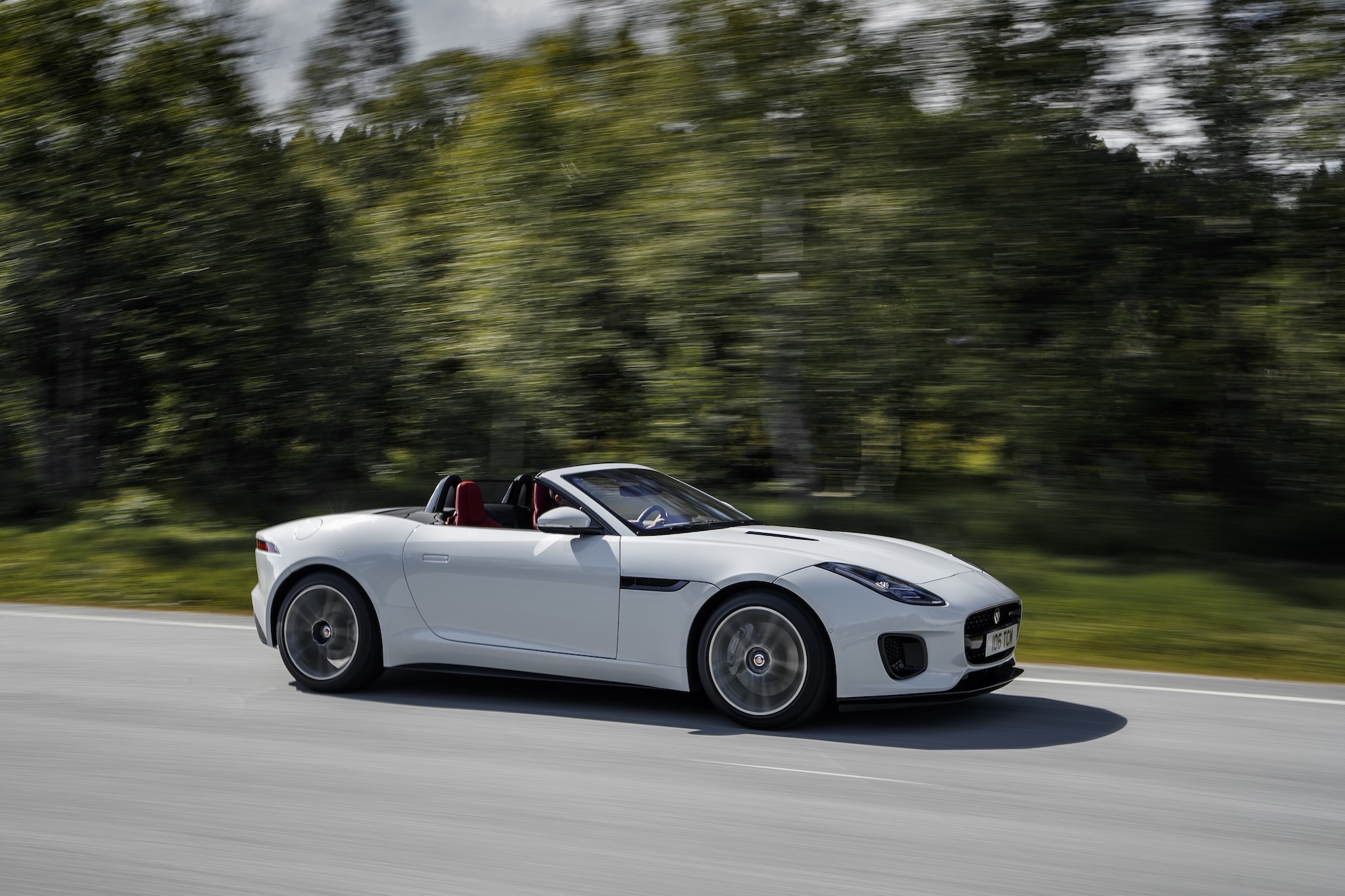 According to Callum, the F-Type is not an E-Type successor
© Jaguar

Popularity of the SUVs is a relatively small change in the automotive world compared to the rise of autonomous vehicles. Yet, Callum does not see it as something he should be concerned about. He shared with Top Gear: It’s hip to talk about autonomous driving and it’s a big thing. But we have other big things first – electric vehicles, gadgetry, unobtanium for light weight. I find those things more exciting. Rather than making Jaguars driverless, Callum is trying to do the opposite – ensuring the driver is at the center of the design process. According to the designer, autonomous cars is something the future generation of designers should tackle.

Even though Callum is not looking in too distant of a future, he has a plan for Jaguar and is determined to make it happen. After struggling for years to steer the company in his preferred direction, Ian Callum feels committed to the brand. He told Top Gear I will be around to see the next generation of Jaguars. I’m not going anywhere. Even if I was offered a job at Ferrari or Porsche I wouldn’t go.