The Rotary Game in Which Only Mazda Succeeded

In the 1960s, the Americans were competing with the Soviets in the space race, and car manufacturers were racing to see who would start mass production of a car with a rotary engine first. The engine invented by Felix Wankel in 1929, where a triangular rotor did the work of the pistons, was too promising to not try to put into mass production. The prospect of more power and less weight, almost no vibration and potentially simpler production tempted quite a few. You will be surprised to learn how long the list is of car manufacturers who tried to bridle the rotor.

The first ones to walk into the rotor trap were the Germans at NSU Motorenwerke. In 1964 they introduced the NSU Spider roadster, and surprised the entire motor world three years later with the NSU Ro 80. With its aerodynamic body, comfortable, fully independent suspension, four wheel disc brakes, power steering, and semi-automatic gearbox without a clutch pedal, this was the best the auto industry could produce in the late 1960s. Well, and of course the nicely spinning rotor in place of conventional pistons. The model was proudly crowned the 1968 European Car of the Year, and there was no shortage of customers for a start. Unfortunately, it was their lot to play the not always pleasant role of lab rat.

First of all, the Ro 80 was not economical – 15 litres per 100 kilometres was a lot even back then. But that was not the main problem – those rotors that had been so praised were bloody unreliable. Their surface wore down quickly and the engine had to be rebuilt after 30,000–40,000 kilometres. In addition, the engine was very quiet and revved quickly, so many drivers simply didn't notice that they were driving at dangerously high RPMs for a long time, resulting in their rotary engine wearing out on the spot. NSU did the honourable thing and repaired all engine defects under warranty – no questions asked – which obviously did not reflect positively in the company’s bottom line. Over the next couple of years, they managed to partially solve the problem by introducing titanium carbide seals for the rotor, but it was already too late. NSU did not have a strong financial foundation, so the warranty repairs eventually drove the company into Volkswagen’s arms. 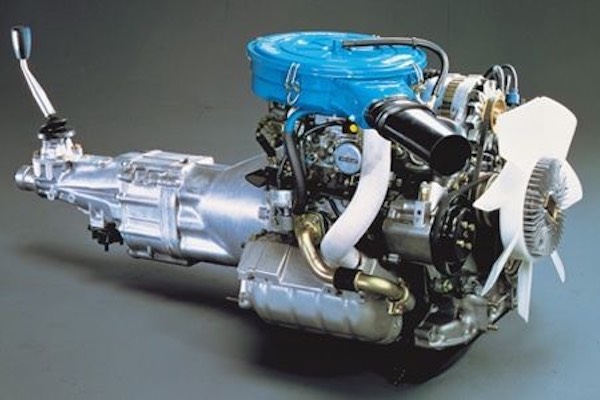 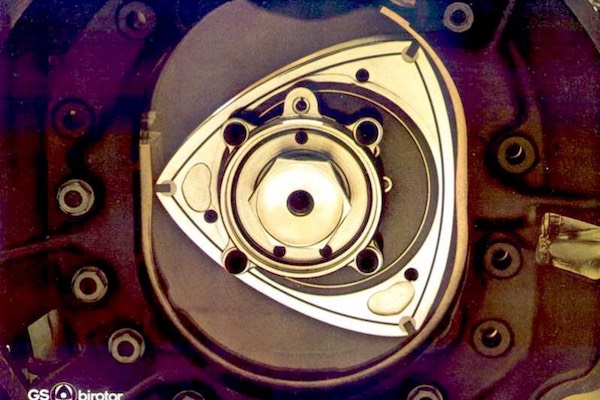 Citroën paid a similar price. The French also believed in the magic of rotors, and had even founded a separate company with NSU named Comotor to produce engines. The Citroën M35 – an experimental rotary coupé – was introduced in 1969. Officially, this model wasn’t even for sale – 267 of them were distributed to professional testers and select Citroën customers for a 2–year trial period. All of the cars were individually numbered and even had a sticker on the rear window that read ‘This Citroën M35 prototype fitted with a rotary piston engine is undergoing long term testing at the hands of a Citroën customer’. Unfortunately, the M35’s performance during the trial period was similar to that of the NSU Ro80 – the engines were perhaps a bit more reliable, but the fuel consumption was still disheartening.

But the French were stubborn and in 1973 they launched a mass-produced, two-rotor automobile for technical connoisseurs that was officially for sale – the Citroën GS Birotor. Apparently, France’s harsh taxation system for automobiles – the so-called ‘CV’ – also contributed to this venture. Cars were taxed according to a strange ‘tax horsepower’ formula, where the engine capacity was also a significant factor. Therefore, Citroën thought that this kind of new engine would simply win over France, because even with its small displacement, it would be powerful enough and attract customers with lower taxes. In reality, it was completely different. Yes, the rotary GS was more powerful and was tax-efficient in France with respect to its power, but that extra power did not compensate the crazy fuel consumption and poor engine reliability at all. In addition, (I have no idea what the marketing department was thinking) the GS Birotor cost 70% more than the standard GS, so if you take the price into account, it was probably the worst car in its class. In two years (1973-1975) Citroën sold just 847 cars; production of the GS Birotor was stopped, and Citroën found itself, once again, on the verge of bankruptcy. 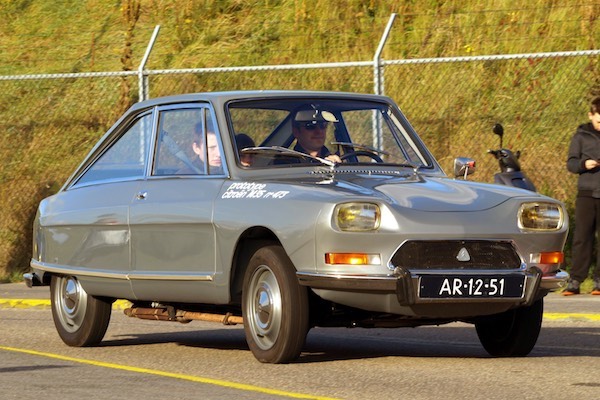 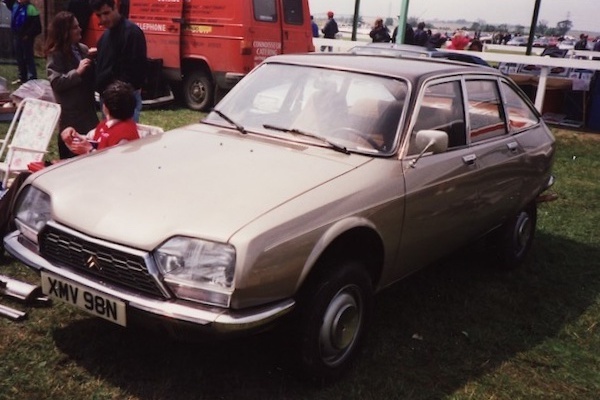 In 1969, Mercedes-Benz experimented with the futuristic C111, which had a four-rotor engine with 800 cubic centimetres of chamber volume per rotary piston that developed 350 hp and gave the car a top speed of 300 km/h.

Porsche, Alfa Romeo, Rolls-Royce and even Lada also conducted their own tests, and not everything resulted in automobiles – there were also the Hercules and Norton rotary-powered motorcycles as well as boats and planes with rotary engines. 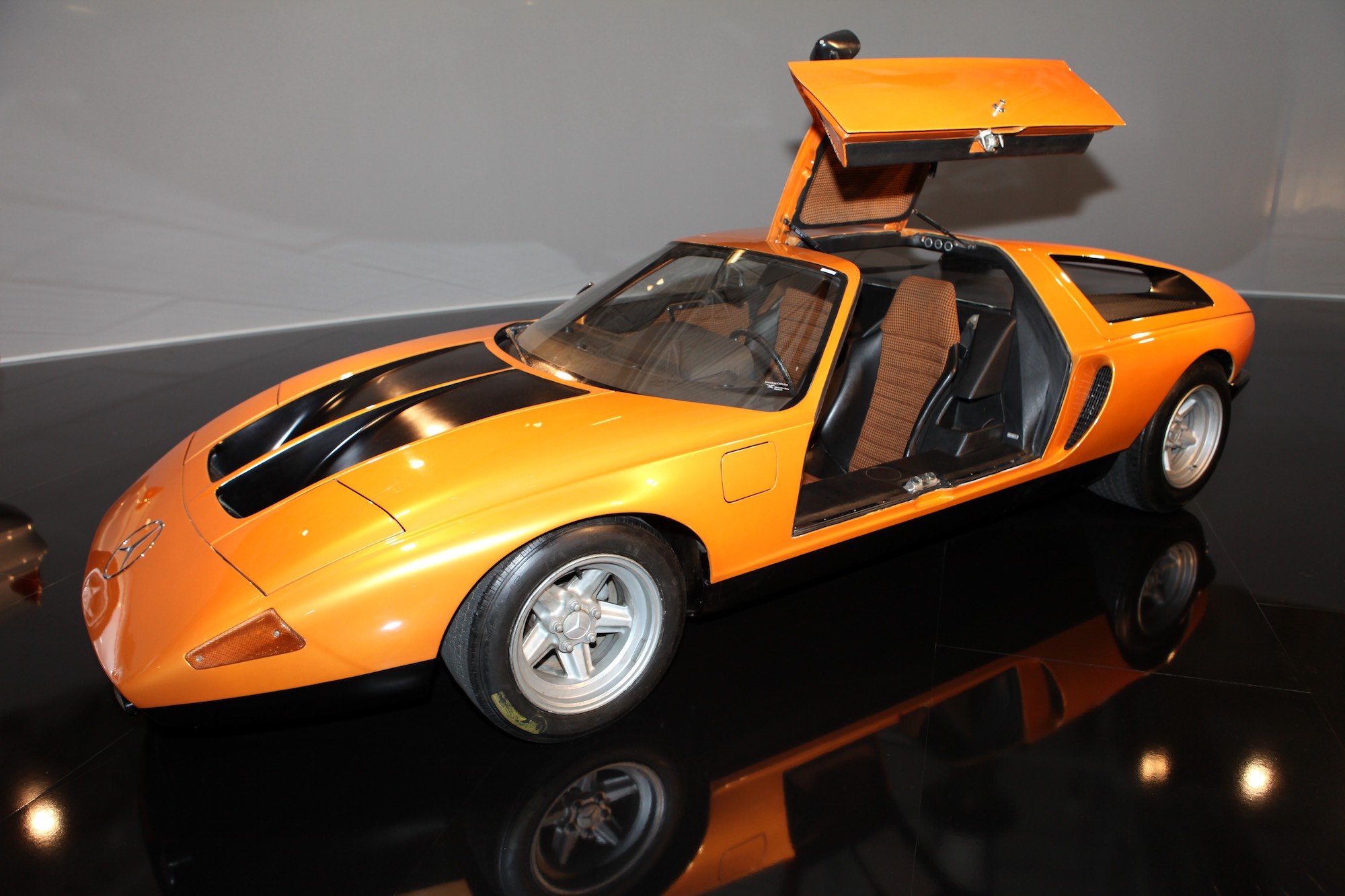 Rotor Fever also reached the other side of the Atlantic. General Motors placed its USD 50 million stake in 1970 when they purchased a license to produce rotary engines for their cars. They made an official announcement that a two-rotor Chevrolet Vega will be available no later than 1975, and a new four-rotor Corvette will be made for the most discriminating customers. Then a promising American Motors also planned to use the GM rotary engines for its new, revolutionary Pacer. But history repeated itself – poor reliability and high fuel consumption and emissions led to GM ending its ambitious project without building a single rotary production car.

Mazda was the only one that didn’t give up until the very end. Armed with the dedication of a samurai, the Japanese moved towards their goal conservatively and started selling the good-looking Mazda Cosmo Sport 110S in the Japanese market in 1967. And that was just preparation before the rise of the rotor – they later used this kind of engine for the entire RX family, including sedans, estate cars and even pick-up trucks. Unlike everyone else, Mazda wasn’t scared off by the strict US emission standards either, and surprised the world in 1978 with the wonderful RX-7. The 105 hp from the two-rotor 1146 cc engine seemed substantial, so sales just skyrocketed. Even importing 4,000 cars a month, Mazda didn’t manage to meet US demand. The shadow of other manufacturers’ failures didn’t hinder them – Mazda became a true master of the rotor.

The first-generation RX, which has definitely already become a young-timer classic, was the best-selling rotary car of all time (474,000, with 377,000 sold in the US), and was probably the first to convince everyone that Felix Wankel’s rotary design can actually work. The RX-7's power increased consistently, and in 1982 Mazda even managed to adapt a turbine for the engine: with 1.2l capacity, it had a total of 165 hp, and later RXs could exceed 200 hp. Mazda clearly mastered the rotor like no one else: three successful generations of the RX, of which over 800,000 were produced in all, followed by the RX-8 made in 2003-2012, not to mention the 1991 Le Mans victory with the 787B, a four-rotor beast. And that might not be all, as the Japanese have promised to come back with the RX-9.