The Duesenberg – Luxury from the Prohibition Era

Back in the day when Henry Ford had just put America and the entire world behind the wheel, and the car was turning from a luxury toy into an everyday means of transportion, the global map of car brands was a bit different than it is now. In Europe, BMW was known as a manufacturer of airplanes, and no one considered Cadillac a stereotype of American luxury. During the era of jazz and the prohibition, there was only one car that America's movie stars and wealthy people yearned for: the Duesenberg.

Duesenberg Motors Company would now be in its second century of operation. It was founded in 1913 by brothers Fred and Augie Duesenberg. Fred had already been involved in car production, and this inspired him to start his own brand. Admittedly, they had no intention of getting into the pockets of the rich at first – the company planned on manufacturing race cars as well as engines for planes, trains and cars. 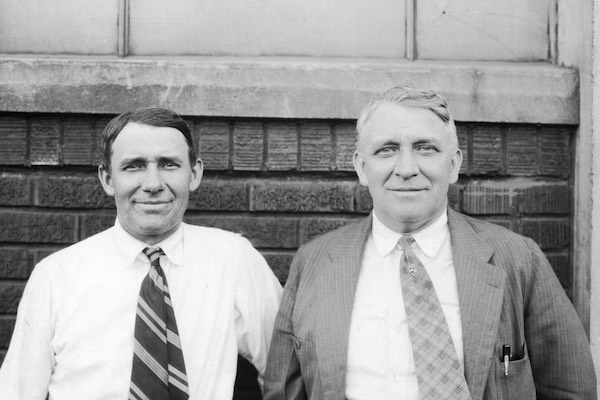 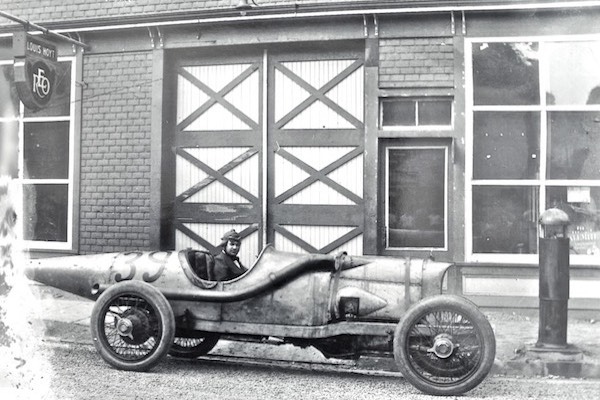 And they did so rather well, regardless of the fact that both were self-taught. Duesenbergs that were assembled by hand down to the last screw won the Indianapolis 500 in 1924, 1925, and 1927, and at Daytona Beach, a car equipped with a Duesenberg engine broke the land speed record – 156 mph (251 km/h). This kind of success could only mean one thing – it was time to start producing their own car. 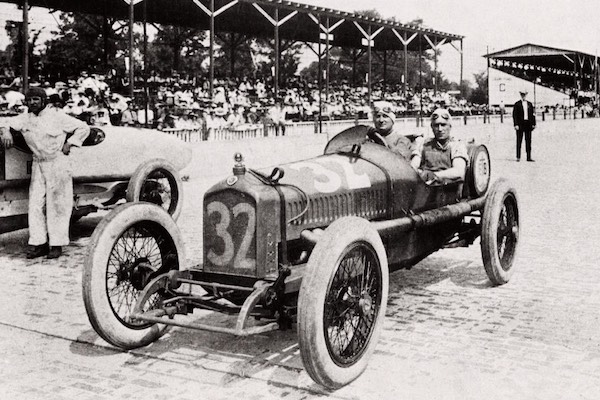 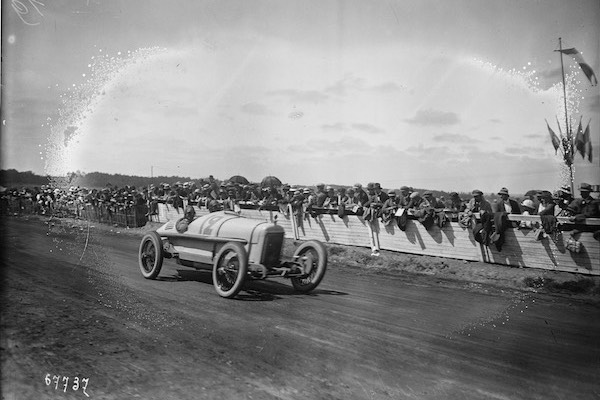 The first fruit of their labour was called the Model A and was released in 1921. The car was chock-full of innovations. For example, it was the first American car to use hydraulic brakes on all four wheels instead of cable brakes like a regular old Ford Model T; it was also the first "American" to be powered by a straight-eight engine. The car was a favourite among the celebrities of the time – for example, silent film star Rudy Valentino was the owner of a Model A. However, the car was expensive to manufacture due to all of the technological innovations, and this greatly impacted the price; as a result, sales were not good enough for production to pay off. Over its few years of production, only 650 Model As were sold, and Duesenberg went bankrupt in 1925. Not even the Model X – a sportier version of the Model A of which only 13 were built – could save the company. However, the engineering talent of the Duesenberg brothers did not go unnoticed. Later in that same year of 1925, Errett Lobban Cord, who owned the company that made the ultra-luxurious Cord automobiles, decided to give Duesenberg a second chance. 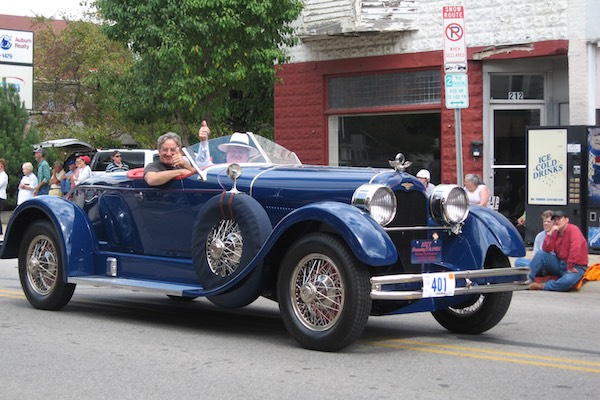 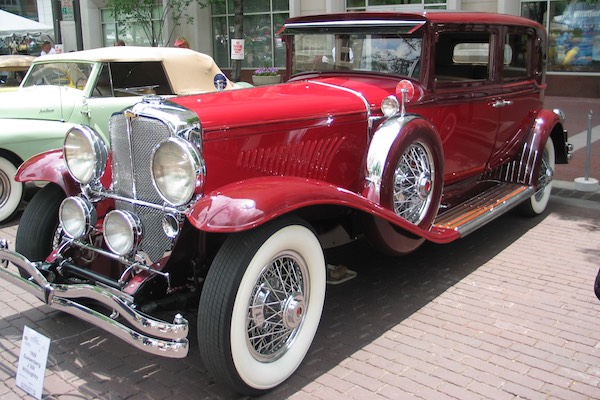 Errett didn't just want a luxury toy rolling out of his factory gates – he wanted the very best, fastest, most luxurious car in the world, and challenged Fred to design it. The vehicle had to be better than the most opulent Europeans of the time, such as Mercedes Benz, Bugatti and Hispano-Suiza. Fred and his engineers needed two years, but Cord's wish was fulfilled. On December 1, 1928 the world was given the Duesenberg Model J, which was better than the competition in terms of... well, just about everything. The straight-eight produced 265 horsepower – double than the maximum that Detroit could offer. 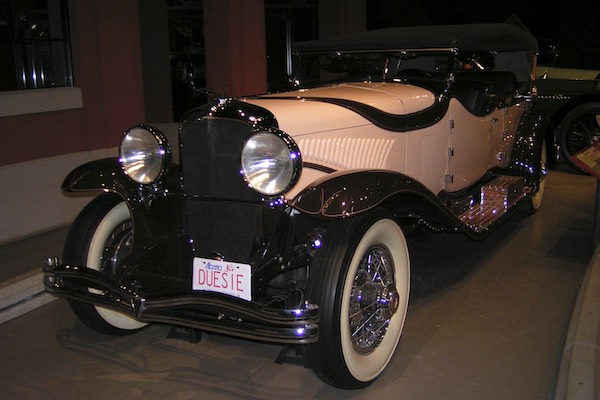 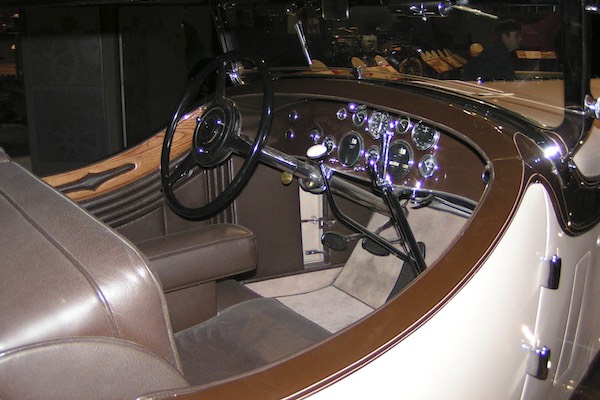 However, even that wasn't enough for the Duesenberg brothers and E. L. Cord, so August again demonstrated his engineering genius and created one of the world's first superchargers, which increased the car's engine capacity to what was then a mind-boggling 320 horsepower. This made the most expensive car sold in the United States to also be the fastest. The three-speed gearbox transmitted the 320 horsepower to the rear wheels and converted it into a top speed of 225 km/h. Even the company's motto proclaimed: "The only car that could pass a Duesenberg was another Duesenberg — and that was with the first owner's consent".

As was customary at the time, Duesenberg did not manufacture the bodywork itself. For about 9,000 dollars (which is about 130,000 in today's dollars), someone from the rich and famous (since no one else bought Duesenbergs) would get a Model J engine, frame and gearbox, as well as the radiator grille that became a symbol of the brand and a few other gadgets. And they could go to one of the many coachbuilders in Europe or America and put any body they liked on the chassis. They usually ended up as smart coupés or huge sedans trimmed with mahogany and luxurious fabrics. 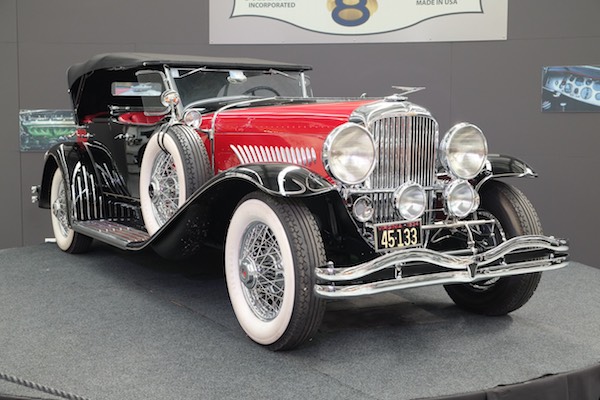 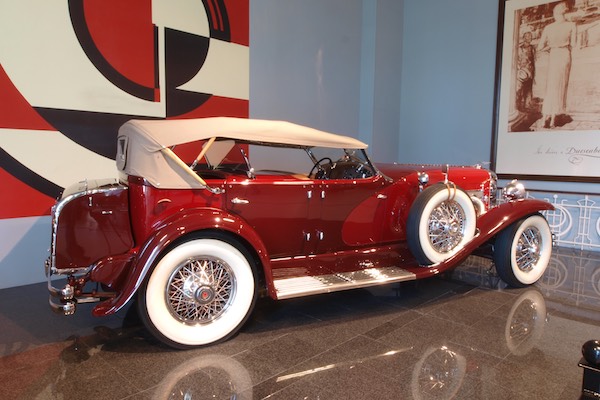 Notable Model J owners included Clark Gable, Greta Garbo, Al Capone himself, the Prince of Yugoslavia and many other members of European royalty. For a while, it already looked like the Duesenberg would leave all of the Bugattis and Mercedes-Benzes in its eight-cylinder dust, but the Great Depression hit soon after the Model J's launch. Sales of the Model J began to drop – nobody wanted to buy a luxury chassis at a time when they weren't sure if they would have something to eat the next day. Duesenberg saw that the plan to produce 500 cars per year might not pan out: in 1929, they managed to sell 300 chassis, but only 100 were purchased the following year. Nevertheless, the Model J was the epitome of luxury right up until 1937 when the Cord dragged the Duesenberg brand into bankruptcy.

After World War II, there were several attempts to revive the brand's former glory, but they all were unsuccessful, leaving the Duesenberg name as a benchmark of pre-war luxury that has never seen a modern car. A few hundred of the approximately 1,000 cars that were produced have survived to this day. It's unlikely that you would be able to purchase one at the moment, that is – unless you're some rich person from Monaco: in 2011, one of the surviving Model Js was sold at an auction for 4.5 million dollars. Meanwhile, one of the most prominent car enthusiasts in the world – Jay Leno – has three.