Indianapolis 500 – an Odd American Race with a Global Appeal

Milk drinking, brick kissing and an oriental-style pagoda – Indy 500 has it all. Despite these extravagant aspects, this 200 lap race is considered one of the most prestigious events on American soil. Not only it manages to attract hundreds of thousands of spectators annually, many foreign race teams take part in it as well. That’s hardly surprising considering that not only the winners of Indy 500 receive global recognition, but it is accompanied by a substantial monetary reward. Today, Indianapolis 500 is the most popular race in IndyCar series and considered a part of the Triple Crown motorsport achievement.

First Indianapolis 500 race was held in 1911, after the track owners decided it would be more profitable to host one major event once a year than several smaller ones attracting tinier crowds. Prior to that the track was improved by covering all of its length, 2,5 miles (around 4 kilometers) with bricks, giving it distinctive features. 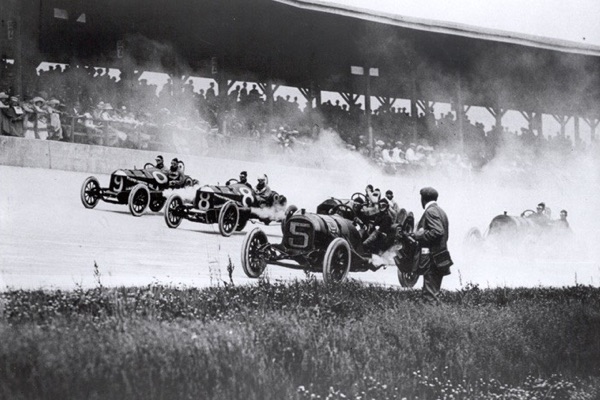 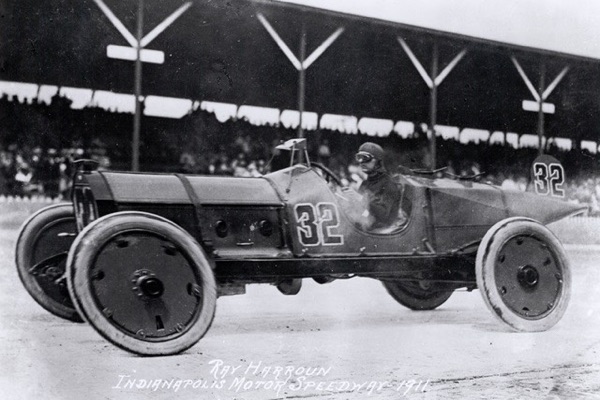 Prior to 1912, an onboard mechanics were not mandatory
© IMS

To spectate the race, a Japanese style pagoda was built. The reason for erecting one in Midwestern USA was purely because the owner of the track, Carl Fischer was into oriental design and architecture. Since then, the original building was replaced several times and today there’s still a pagoda on the track. Mind you, it is much bigger and more modern. 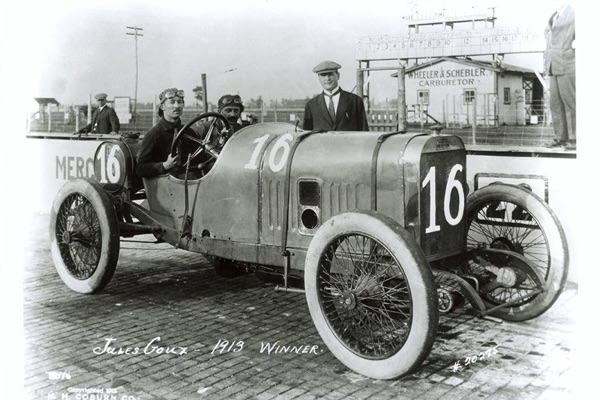 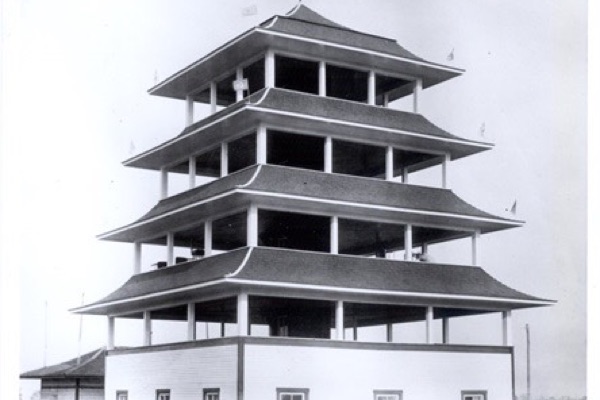 Inspired by the success of Le Mans in Europe, Indianapolis speedway owner was initially thinking of holding a 1000 mile race, but resorted to a shorter 500 mile distance. He wanted the race to be a single day event, while the race cars were only averaging around 70 mph (113 km/h). Consequently, even a 500 mile race would take around 7 hours, making for a good day of entertainment. Since then, the race has always been held around the Memorial Day in US. To ensure there are participants, initially a purse of $25,000 was offered. Mind you, that was equivalent of roughly 40 kilos of pure gold. Impressively, the prize was doubled for the following year. 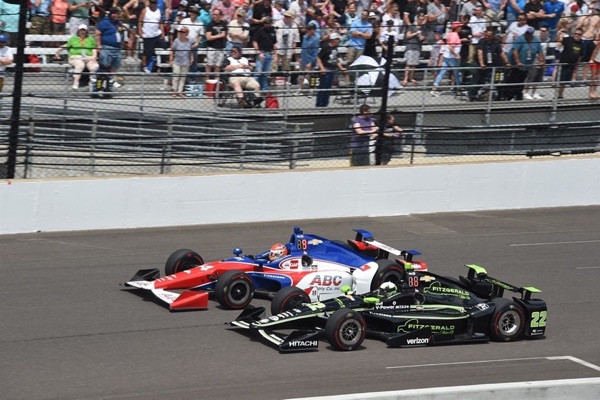 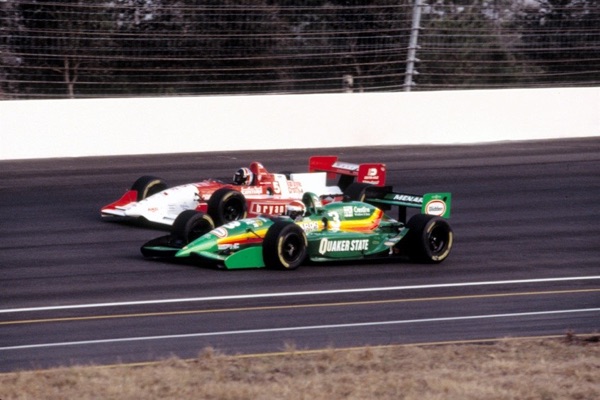 Surely enough, the handsome reward attracted racers both from US and Europe. Fiat, Peugeot and Mercedes were among the first European teams to try themselves in Indy 500. The first champion from across the pond, Jules Goux, was extravagant to say the least. After racing successfully for Peugeot in Europe, he came to Indianapolis in 1913 and won his debut event by a large margin. The second car only finished 13 minutes later, that’s a millennia in racing terms. His rookie success was overshadowed by another detail - he and his onboard mechanic (mandatory at the time) were refreshing themselves with champagne during pit stops. Goux famously said Without the good wine, I would have not been able to win. Historical sources disagree on the exact amount of champagne consumed, but it could have even been 6 bottles of it. Alcohol consumption when racing was then promptly prohibited in Indy 500.

Champagne was not the only beverage drunk by the victors of Indy 500. For decades, Indianapolis 500 winners have to drink milk after their finish, all due to what Lou Meyer did in the 1930s. He was three times winner of Indy 500, and after his second win he requested a glass of his favorite drink, buttermilk. Following his third victory, he took a swig from a whole bottle and this moment gave some communication managers of a dairy company an idea. For publicity reasons, they suggested make milk drinking a tradition, although Meyer was drinking buttermilk. Somehow, this bizarre ritual stuck and continues to this day. 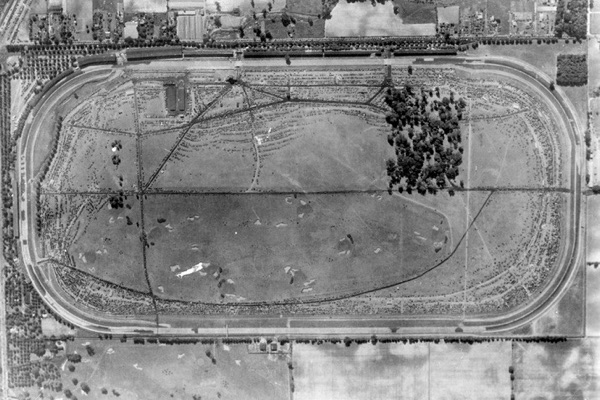 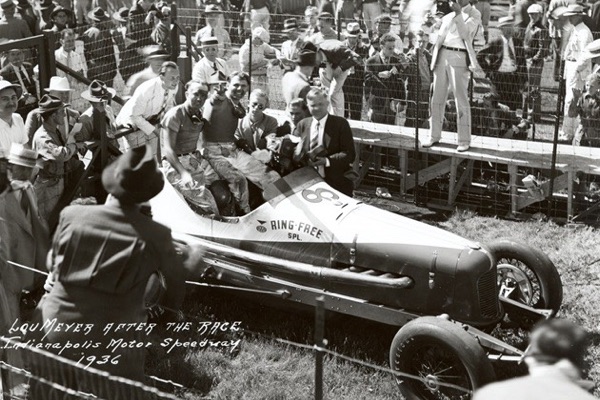 Lou Meyer after his third win and victory buttermilk, which started the milk drinking tradition
© IMS

There are a couple of more oddities about this race worth covering. The aforementioned brick road was gone by 1937, when the track was covered in tarmac, a small strip of the original track was left by the finish line. Ever since a NASCAR champion, Dale Jarret has kissed the bricks to celebrate the track and his victory in 1996, it is expected from other Indianapolis track champions to do the same, both in NASCAR and IndyCar. Lastly, along with the milk bottle and pavement kiss, an Indy 500 champion receives a cup with human faces. An Indy 500 cup, which is passed on to a new champion, has a relief of faces on it. This tradition started in 1936, when BorgWarner company decided to put all of the previous winners’ faces on a cup and give it to a champion. The sculptor did not anticipate that the race will survive that long, thus the cup had to be enlarged a couple of times in order to fit more faces on it.

Albeit it is still recognizable today, Indy 500 has continued to change and evolve through decades. Since the 90s, it is a centerpiece of the IndyCar racing series, which takes place in street and track circuits across US. With just 4 banked corners between the straights, Indianapolis speedway is one of the fastest tracks on the IndyCar calendar. Eddie Cheever Jr. managed the fastest race lap ever recorded, averaging almost 380 km/h. 2013 winner, Tony Kanaan, a Brazilian racer, beat the average race speed record, averaging 301 km/h through the whole race, even when having to overtake, deal with yellow flags and pit stops. Bearing that in mind, it is little wonder the race retains its popularity.

The race continues to offer one of the most tempting rewards in racing – Takuma Sato won almost 2.5 million dollars after winning this year’s Indy 500. That is way more than one gets after winning other races of the Triple Crown – Le Mans or Monaco GP.

Talking about the Triple Crown, Indy 500 still features to probable contenders of this title, namely Juan Pablo Montoya and Fernando Alonso. The Colombian has proven to be a worthy Indy 500 driver from the very start, he won in his rookie race in 2000, then repeated the exploit in 2015. And while has also claimed a Monaco GP title in 2003, Montoya currently shows very little interest for Le Mans. Alonso, on the other hand is actively seeking the Triple Crown, and he still stands a chance, with a solid performance in Indy 500 and double back-to-back Monaco GP winner title in 2006 and 2007. 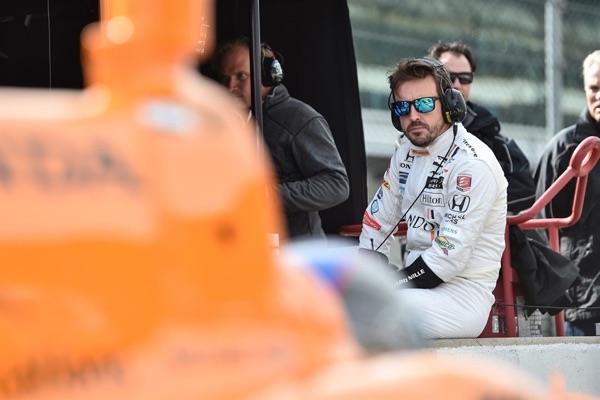 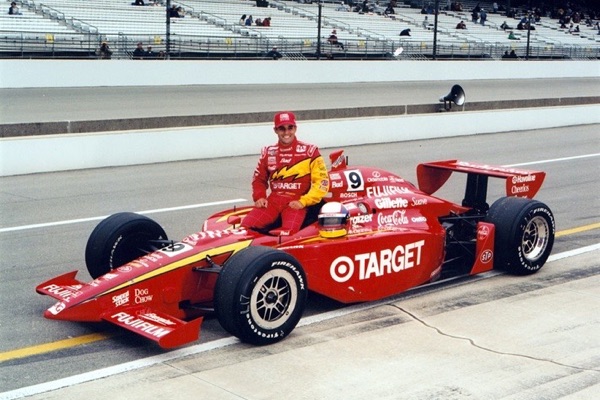 Clearly then, Indianapolis 500 has plenty of charm and has well deserved its position as one of the most prestigious racing events. Even if you find champion milk drinking and brick kissing disturbing, there is no denying that 200 laps of intense high speed racing are hard to ignore.