Each year, every month there are thousands of events organized across the world, during which the main role is devoted to nothing else but the car. Still, only several events for automobile enthusiasts are held worldwide that are known for exclusive attention from motorists, automotive manufacturers and media.

Pebble Beach Concours d‘Elegance is one among those automotive events, the recipe of which many are trying to realize, still, only this festival, which has been taking place from the sixties, is considered the most prestigious one to date. It attracts the greatest attention due to the cars, produced at different times and demonstrated during this event.

World War II caused misery not only in the lives of ordinary people. The war, one of the most horrific disasters in human history, completely changed the face of automotive industry. Prominent car manufacturers were forced to end their businesses and close the doors of their factories for good. What about racers who once used to drive the fastest cars? They had to abandon these cars and depart searching for new opportunities, having new qualifications.

In the wake of World War II, the people on the Old Continent were exposed to the problems concerning rebuilding of cities, job creation, in short, that was the time of starting the new life. Meanwhile, the citizens of the United States did not suffer so painfully from consequences of World War II.

Soon, economics of the United States started to improve gradually and life quality was becoming higher. Thus, new conditions appeared, allowing imperceptible return to the times, when a luxury or a sumptuous car could belong just to the highest rank state officers.

The increasing number of enthusiasts encouraged occurrence of the Sports Car Club Of America community, which laid a solid foundation to all future car races held on the territory of the United States. Pebble Beach Road Race was among them being held for the first time in 1950. 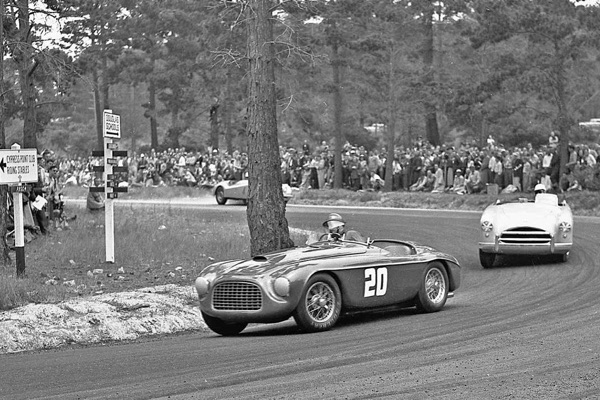 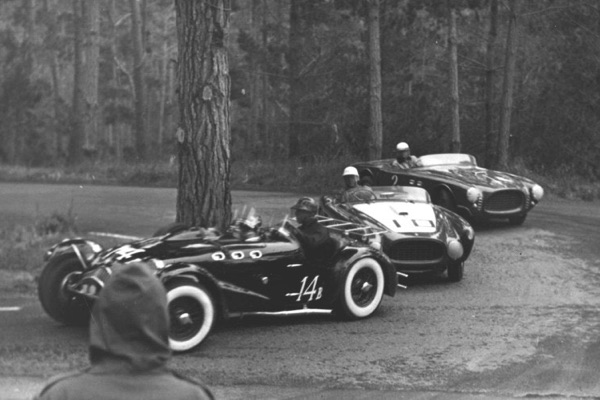 The format of this race showed some similarity to the Targa Florio: racers used to compete on the closed common use roads, driving the newest, most valuable or recently restored cars.

During the first Pebble Beach Road Race, a car contest-show was held as well, although it was just a minor addition, you would think of it as of a side dish next to a juicy steak. As only minimal attention was paid to the automobile show, only 13 cars took part in the exposition held in 1950, while the year 1951 saw a slight increase in the number of participants, which was 23 then. To compare, in 2016, the number of participants reached even 200. 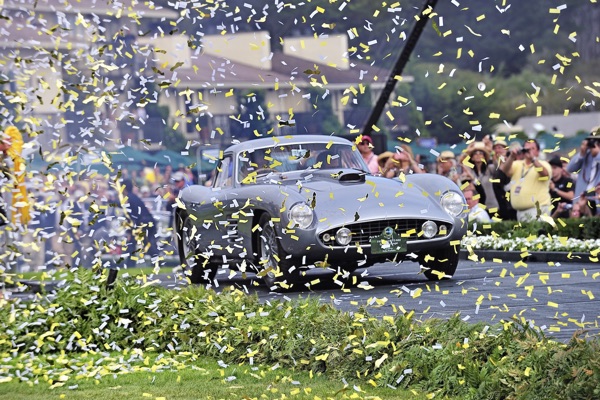 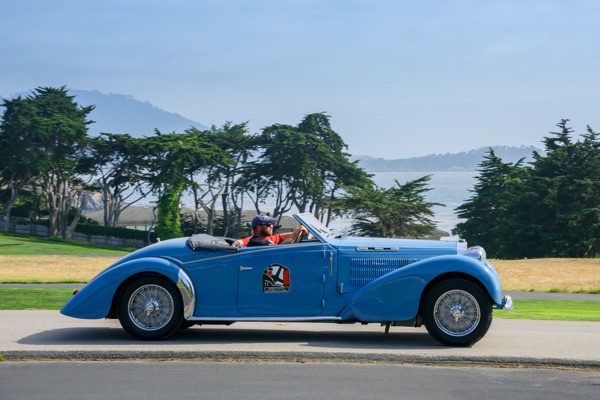 It does not matter to what degree your optimism manifests itself, you would never call the Pebble Beach Concours d‘Elegance a traditional automobile show. Irrespective of links to the formula of a classic car show, this annual automotive event has goals absolutely different from those of traditional car shows. 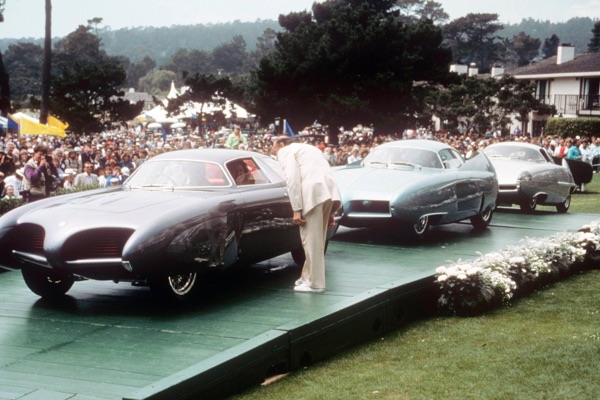 The first goal – to force automobile collectors, having the rarest, most spectacular and most expensive cars in the world, to push them out from their car sheds.

The second goal – to take young generation into the past of 50, 60 or even 70 years and show the fastest and most comfortable cars of those times.

The third goal – using the funds raised during the automotive event, to support those charity organizations that take care of people whose life is not a bed of roses. 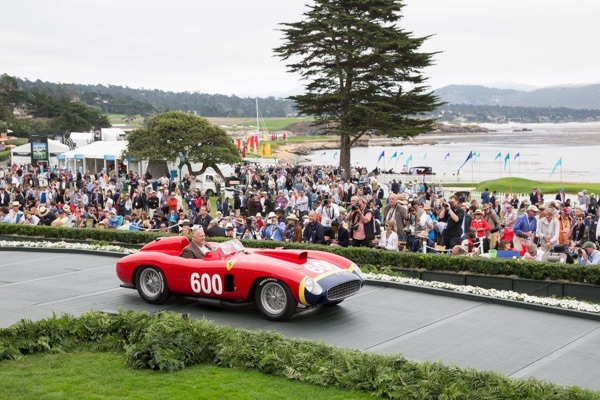 The significance of the Pebble Beach Concours d‘Elegance event to classic automobile enthusiasts is proved by the fact that dusty antique cars are taken from the sheds and restored for this event namely, otherwise these automobiles would remain in the cold of sheds. Let‘s take a look at the BMW 507 that once had been owned by Elvis Presley, one of the most significant musical icons of his time. In the hands of professionals from the BMW Group Classic, this car was restored extremely carefully and then presented not to anyone else but, namely, to the keen attendees of the Pebble Beach Councours d‘Elegence automotive event . 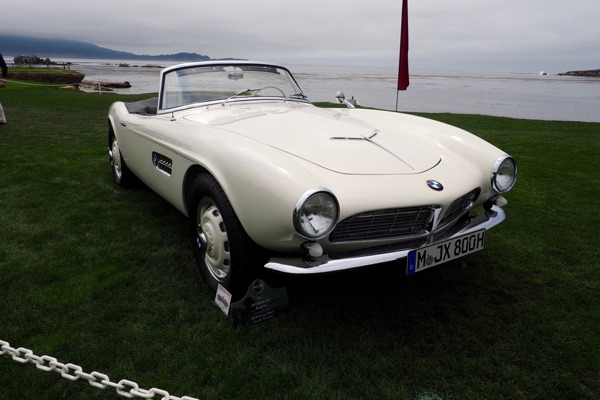 On August 20th, this year‘s edition of the festival will be taking place. On this occasion, we are reviewing the notable cars from previous automotive events.

5 most spectacular cars, winners of the Best Of Show award

Bugatti – a car manufacturer that had never wasted its energy for modest cars. Each creative work of Bugatti has been a particular engineering miracle. The Bugatti Type 57SC Atlantic was not an exception.

A Type 57SC Atlantic is a quite rare guest even at automotive events such as the Pebble Beach Concours d‘Elegance. This car was a winner of the Best of Show award in 2013, while for the first time – in 1990. The fashion guru Ralph Lauren was the owner of this car. 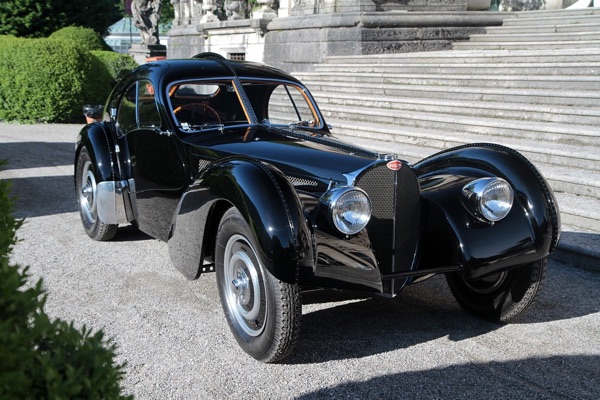 In 1993, Ralph Lauren brought to the Pebble Beach Concours d‘Elegance a 1930 Mercedes Benz, engineered by Ferdinand Porsche. Today, this car is one of 40 such cars existing all over the world.

Carlo Trossi and Enzo Ferrari together acquired this Mercedes Benz, while Carlo Trossi designed the car body, considered one of the most beautiful SSK interpretations. 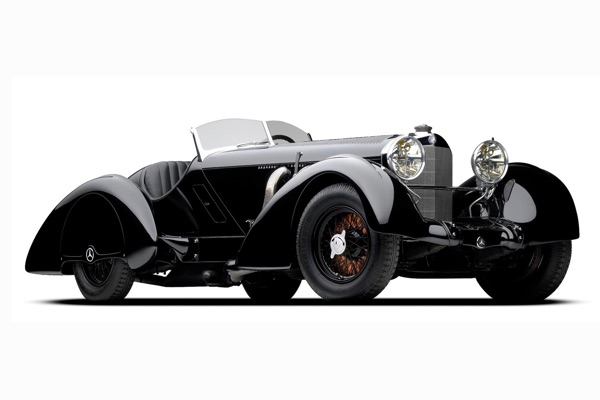 Cars made in Germany are especially liked and appreciated in different car contests. In this respect, Pebble Beach Concours d‘Elegance is not an exception.

Usually, all Best of Show awards go to Mercedes-Benz cars, still, the 2004 award went to a 1938 Horch Sport Cabriolet.

One of the reasons why the Best of Show award went, namely, to this car is its rarity. In total, Horch produced only five such cars, which means that the degree of its uniqueness is higher even than that of Mercedes Benz 540K Roadster group. 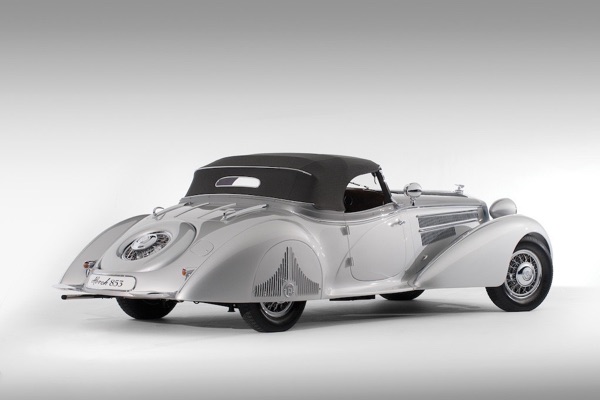 This car is not the most beautiful car in the world and not engineered at the highest technical level either. Even in 1937, the year of its appearance, it did not feature such qualities. Still, it was a special one.

In 1937, it was known as the car that broke the land speed record on the famous Bonneville Salt Flats. At that time, within 24 hours, this car was able to capture average speed of 135 mph. 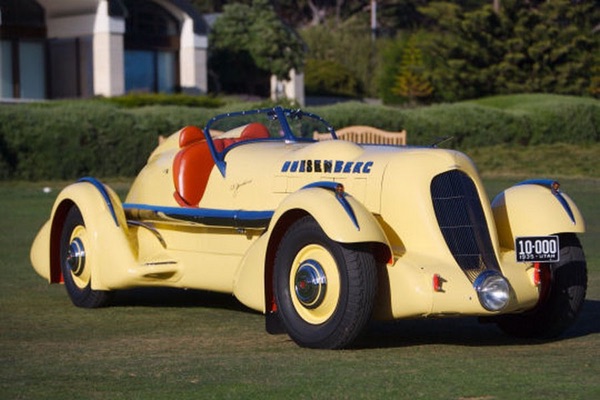 If you like to base your opinions on stereotypes, then, the most beautiful cars are made in Italy, while technically advanced ones – in Germany. Now, what is your opinion of French cars? French automakers deserve credit for their non-traditional experiments.

The 1934 Voisin C25 Aerodyne would score points just for the second to last place in the contest of most beautiful automobiles. Still, this does not matter at all. This car was a special one, because the entire car body had been made of aluminium. At that time, aluminium used to be applied in aircraft industry only. Furthermore, Gabriel Voisin produced just 8 such cars, and only four C25 Aerodyne cars have survived to our day. 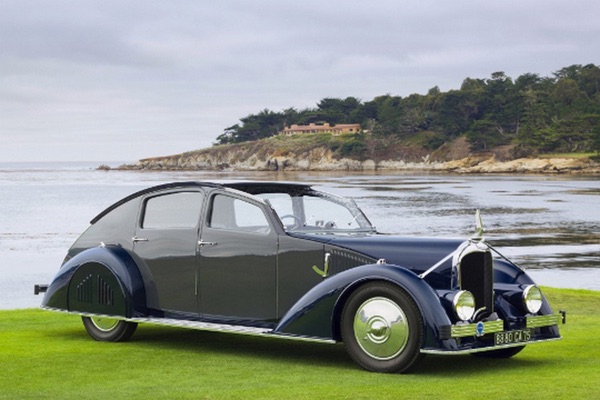