Movies about the legendary agent James Bond are fascinating for a variety of reasons, but almost all Bond fans look forward to a new release for at least two things: everyone is interested who the new Bond girl will be and what car he will drive.

007 appeared in movie theatres for the first time in 1962, and since then, these films have featured several dozen of the most diverse cars around. The majority of them were incredible and after appearing in the movie became something of an icon of their time, but there were also some that Mr Bond would have been better off crashing. For example, the Citroën 2CV, the Bajaj RE tuk-tuk taxi and the Ford Mondeo hardly went with the image of a hero saving the world, but they were a nice addition to the movie budget (in 2002, the Ford Motor Company alone paid USD 35 million for the chance to feature one of their cars in Die Another Day).

In the first James Bond films, the famous agent drove a Blower Bentley, but if you had to name one car brand that is the most associated with Bond, it would undoubtedly be Aston Martin. Over half a century, 007 and models from this British brand have become inseparable, creating perhaps the most successful car- and filmmaker partnership ever.

Dyler.com has put together a symbolic Top 7 of the most well-known Bond cars, including three Aston Martins as well as representatives of four other brands.

Without a doubt, this is the best-known James Bond car in history and the one that established the long-time friendship between 007 and Aston Martin. Time has shown that the DB5 is now a legend in both the automotive world and in film. After appearing in Goldfinger in 1964, the popularity of this model was sensational – some have called it no less a star than Sean Connery himself. Everyone was fascinated by the exceptional improvements – revolving license plates, machine guns and an ejector seat. The Aston Martin DB5 also appeared in subsequent films: Thunderball, GoldenEye, Tomorrow Never Dies, Casino Royale and Skyfall. In 2019, one of the four DB5s used in Goldfinger was sold at an auction for $6,385,000. 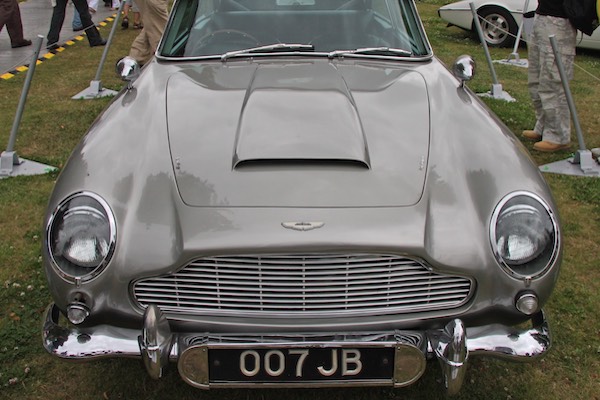 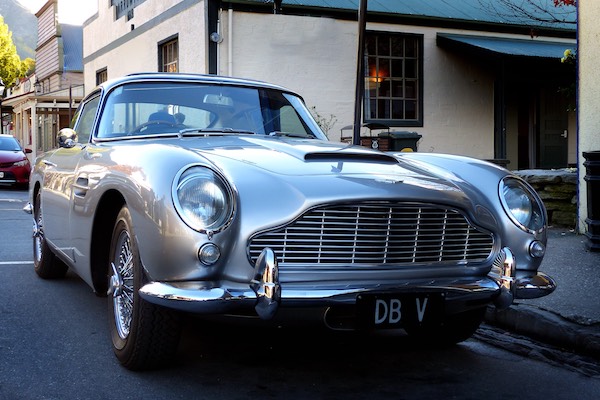 Called the first Japanese supercar, the incredible Toyota 2000GT that was seen in the 1967 film You Only Live Twice didn't belong to James Bond, but rather to Japanese government agent Aki. However, it is worth making an exception and including it in this list because not only did the car play an important role – the story of how it got there is also interesting. The original Toyota 2000GT was produced as a coupe, but a custom convertible version was made for this film because the strapping Sean Connery couldn't fit into the tiny sports car. 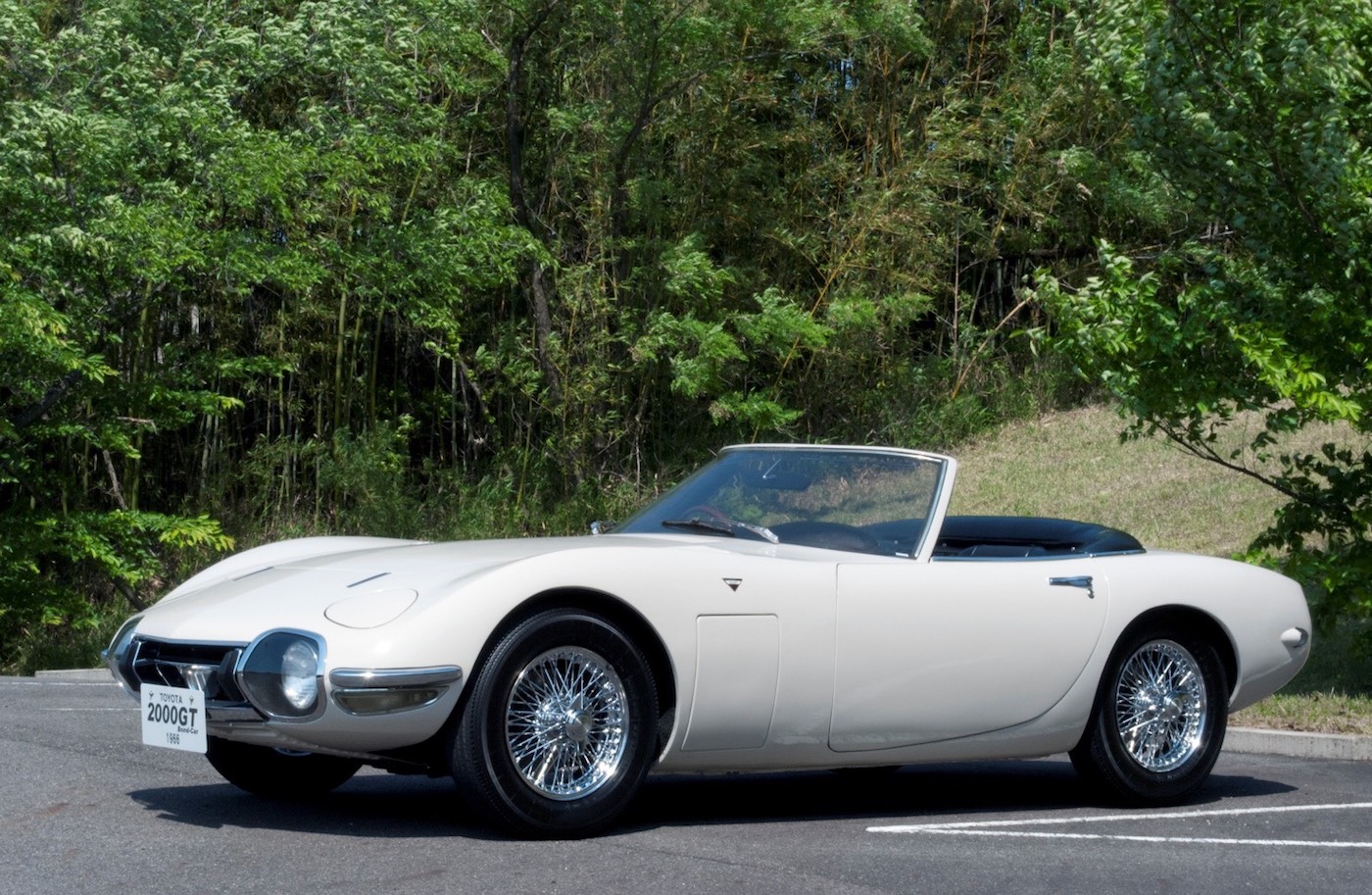 If someone had asked what the agent himself would like, he probably would have never driven an AMC car, but such was the advertising deal that the American company paid a record USD 5 million for. In the 1974 film The Man with the Golden Gun, James Bond – played this time by Roger Moore – drove a two-door hatchback that looked rather simple at first glance. What made it special? All it took was one scene: after stealing the red American car from a dealership, Bond used it to chase his foes and to demonstrate an impressive manoeuvre – a 360-degree twisting corkscrew jump across a river. This scene is considered one of the 10 best Bond movie stunts of all time. 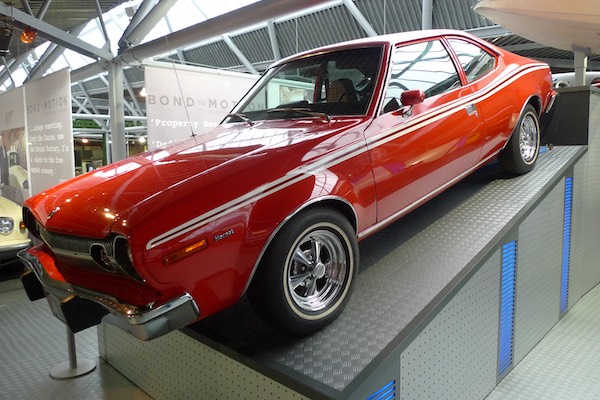 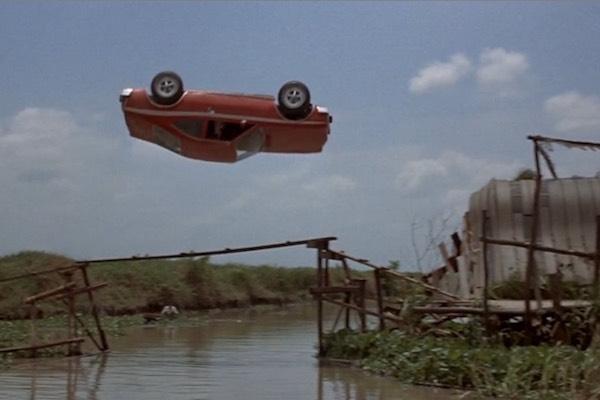 If there was at least one other car that could challenge Bond's iconic Aston Martins, it would be the Lotus Esprit S1. The 1977 film The Spy Who Loved Me is memorable for what is perhaps the best James Bond chase scene of all time, and the producers made sure that this Lotus was impressively armed. Let's not forget that this car was also capable of transforming into a submarine. The Lotus' appearance was so memorable that after the film premiere, the Esprit received orders for the next three years in advance. Incidentally, one of the Lotus Esprit S1s used in the movie was purchased at an auction in London in 2013 for USD 997,000 – by Tesla CEO Elon Musk. 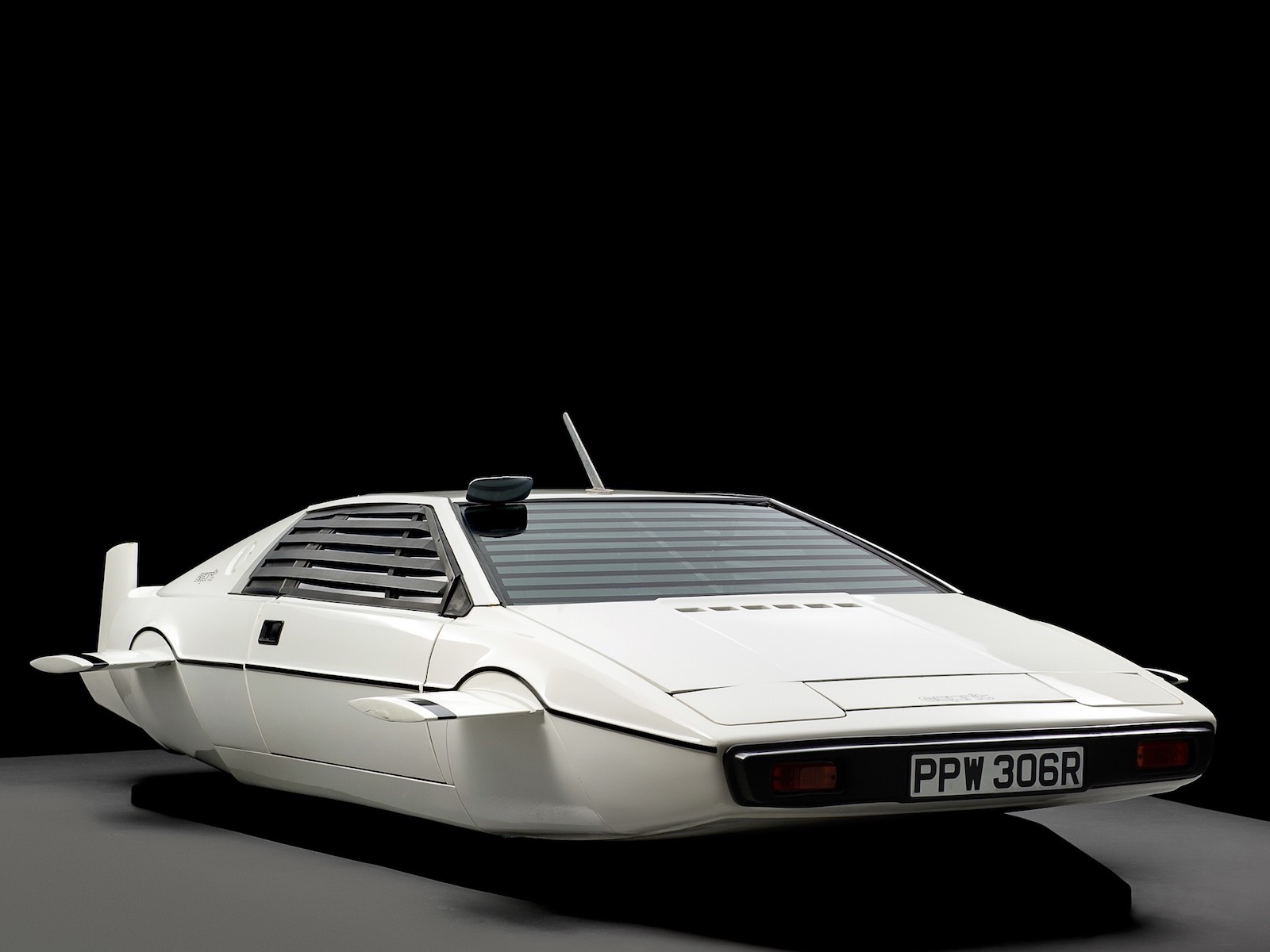 The Aston Martin V8 Vantage Volante seen in the 1987 film The Living Daylights was the first Aston Martin to appear in a James Bond film in 18 years. The return was marked with a bang – Timothy Dalton drove a convertible which was equipped with a variety of weapons and had missiles, lasers and a rocket booster. 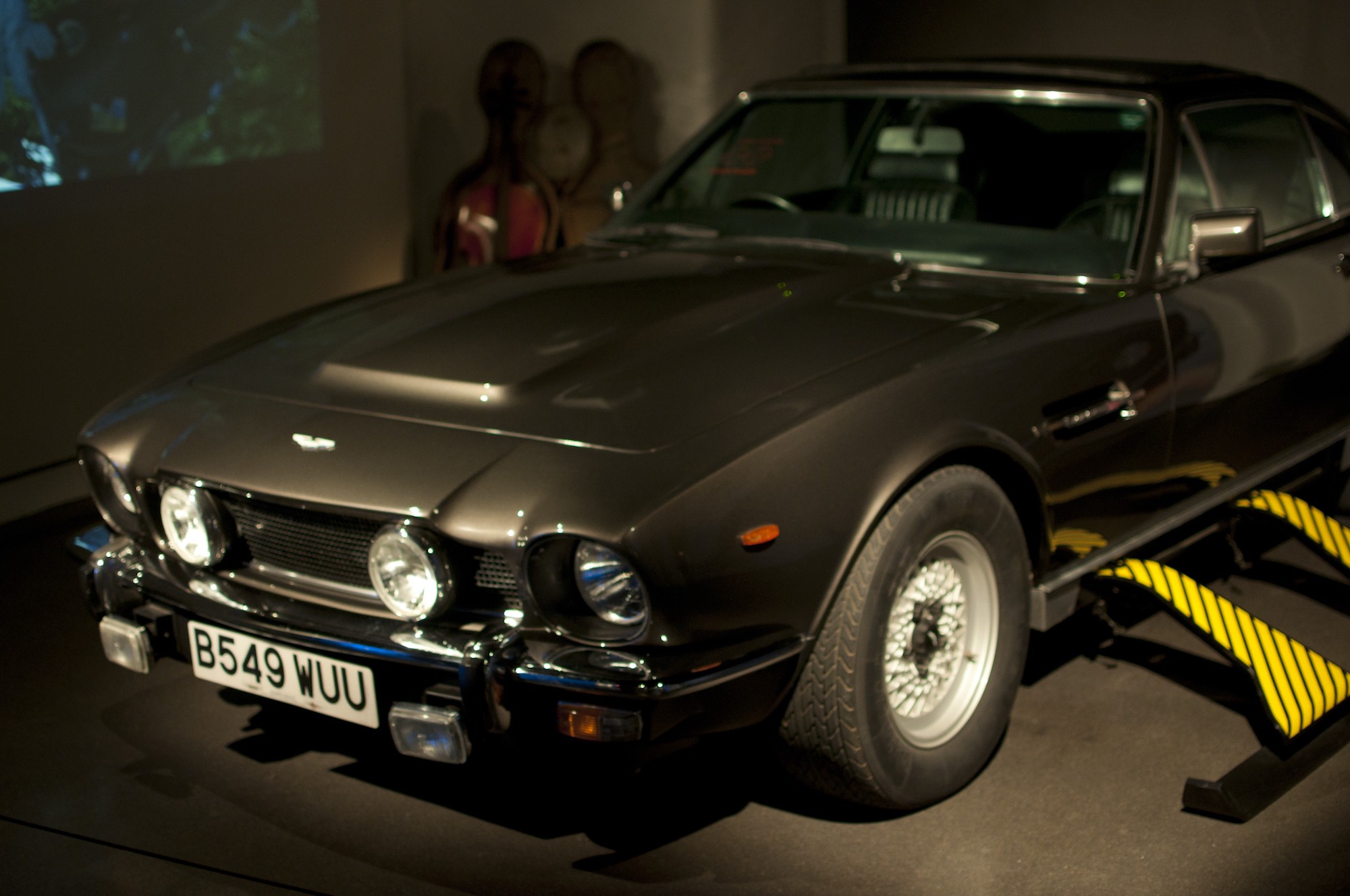 The makers of the James Bond films began working with BMW in 1985, when the Bavarians paid USD 3 million for the legendary agent to sit behind the wheel of a Z3 roadster (it has been published that BMW subsequently made USD 240 million from sales alone). Bond later drove a 750iL limousine, but it was probably the stylish Z8 that he had in the 1999 film The World Is Not Enough that suited his image best. The main weapons installed in the car were a pair of side rockets which were used in one scene to help take down a helicopter. However, the enemies soon sent over another helicopter that put an end to the Z8. That was the last time that James Bond drove a BMW. 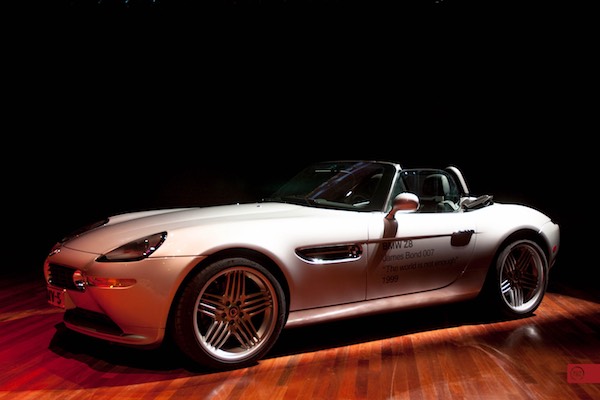 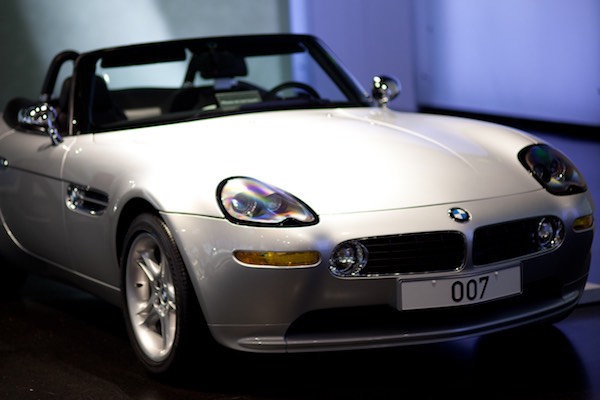 After the BMW era in the 1990s, James Bond got back behind the wheel of an Aston Martin in the 2002 film Die Another Day. "Aston Martin calls it ‘The Vanquish’, we call it 'The Vanish' – this is how Q. introduces Bond's new toy in the movie. This Aston had what was probably the strangest device ever in a Bond car – the ability to become invisible. Meanwhile, everything else was the standard car equipment Bond needed to save the world: torpedoes, an ejector seat and target seeking shotguns mounted on the bonnet. 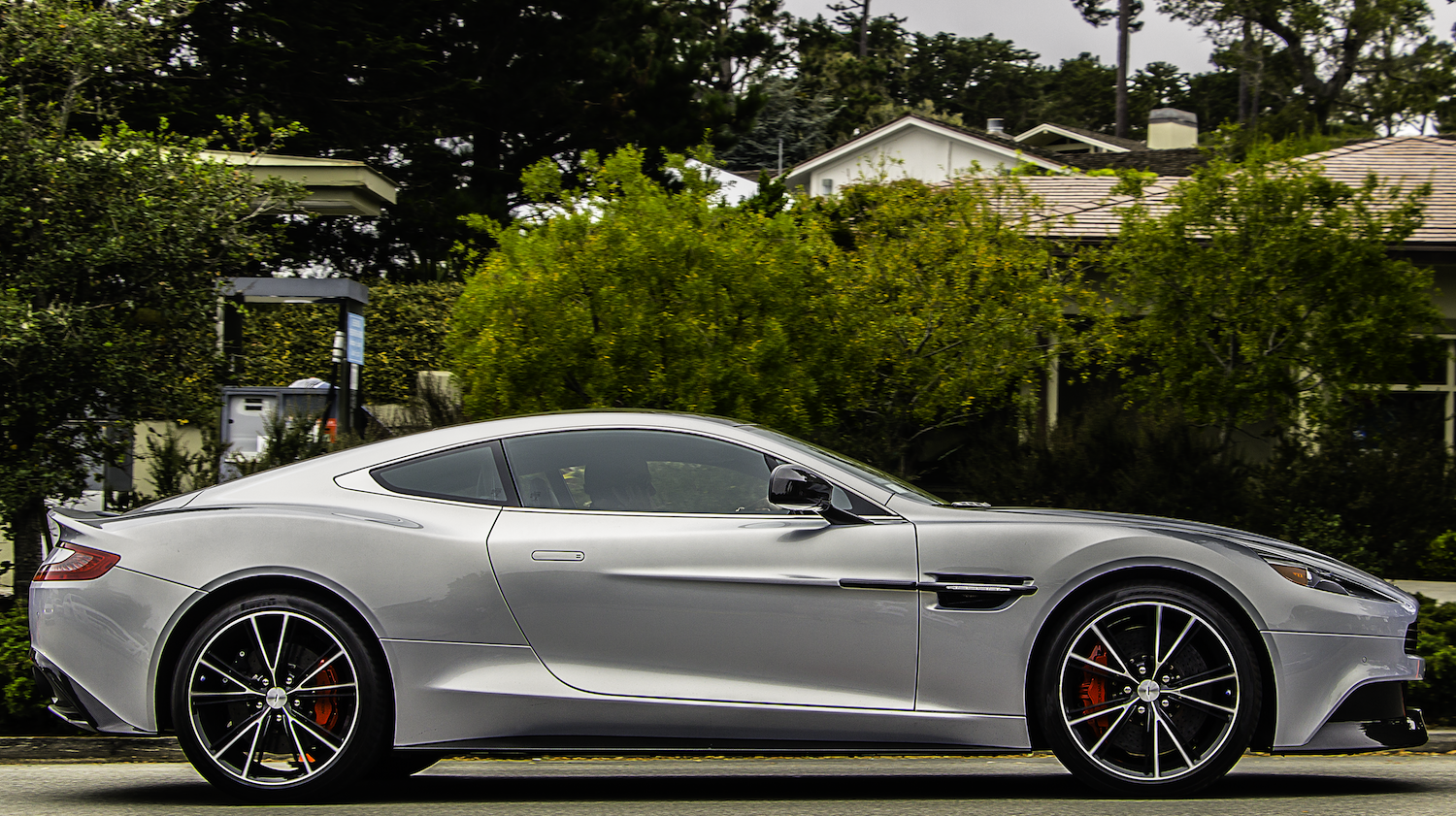