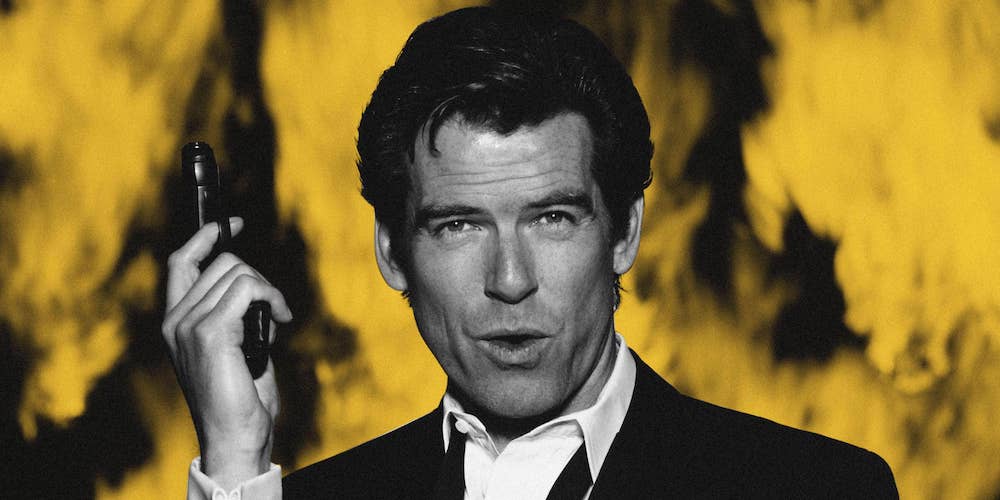 After six years, the wait is over and - in the UK at least - the latest James Bond adventure, No Time To Die, will be released in cinemas on September 30th.

Ahead of the film hitting the big screen, it’s been confirmed that the 25th 007 adventure will be Daniel Craig’s last outing as the British superspy. We also know that it will be the longest-running Bond film to date at a whopping 163 minutes.

For car people - that’s you and I - though, No Time To Die is set to be a proper highpoint in Bond’s 59-years on the silver screen. According to reports, 007 takes the wheel of no fewer than four Aston Martins during the film; two of which are some of the most recognisable Bond Cars in the franchise’s history.

And that got us thinking… whilst everyone - Bond fan or not - knows the classic Bond Cars such as the Aston Martin DB5 from Goldfinger (and others!), and the submersible Lotus Esprit from The Spy Who Loved Me, what about the Bond machinery that we have overlooked or simply forgotten about over the years? 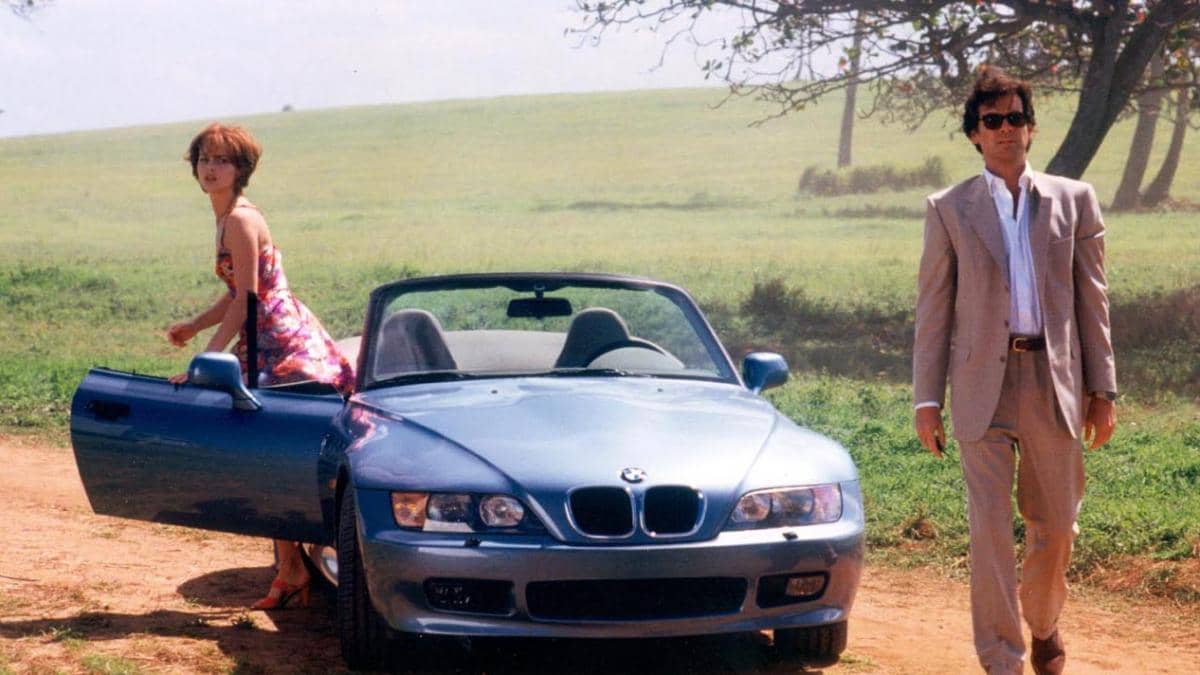 Remember when Bond drove a 1.9-litre BMW Z3? No, we don’t either
© James Bond.info

So that’s what this edition of This Week in Cars is all about; B-Side Bond Cars.

Whilst it has been impossible to find an exact match of some of 007’s lesser-known machinery over the years, the links below are the closest to what we have available on Dyler.

Wherever you’re reading from in the world, we hope you enjoy our list of B-Side Bond Cars as much as you enjoy No Time To Die when it releases 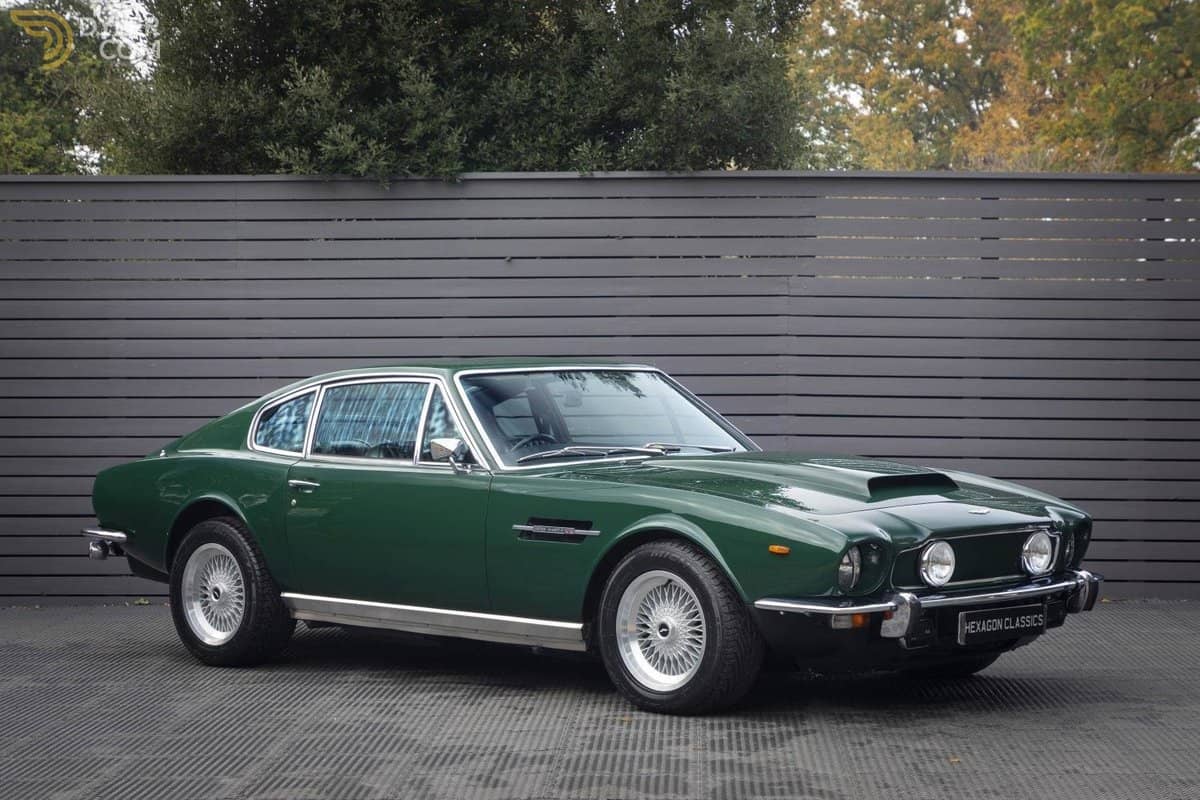 Brutal, fast, and armed to the teeth, the Aston Martin V8 Vantage in The Living Daylights befitted Timothy Dalton’s portrayal of Bond in the late 1980s
© Pinterest

Whilst the DB5 is THE original James Bond Aston Martin, the V8 Vantage from 007’s 1987 adventure, The Living Daylights is way cooler than the OG Bond Car in our books. Whilst it may not possess the delicate lines of the DB5, the Vantage’s brutal looks match the brooding, dark “I’ll snap your neck if you look at me funny” portrayal of Timothy Dalton’s James Bond. The Vantage was the UK’s answer to the US muscle car. It was luxurious as an Aston Martin should be, and with a 5.3-litre V8 under the hood, it was also fast. Very fast. Alongside a top speed of 170mph, Bond’s Vantage packed some serious firepower. The car’s Q-Branch supplied arsenal included heat-seeking missiles behind the front fog lights, lasers in the front wheel hubcaps, and bulletproof body and glass. In one of the finest car-chases in 007 history, Bond also makes fine use of big Aston’s retractable outriggers and rocket-propulsion system. In the same sequence, the Vantage meets an undignified end when the world’s favourite secret agent goes on to make use of the car’s self-destruct system. Was that the most painful Bond Car moment ever? We’d say so. 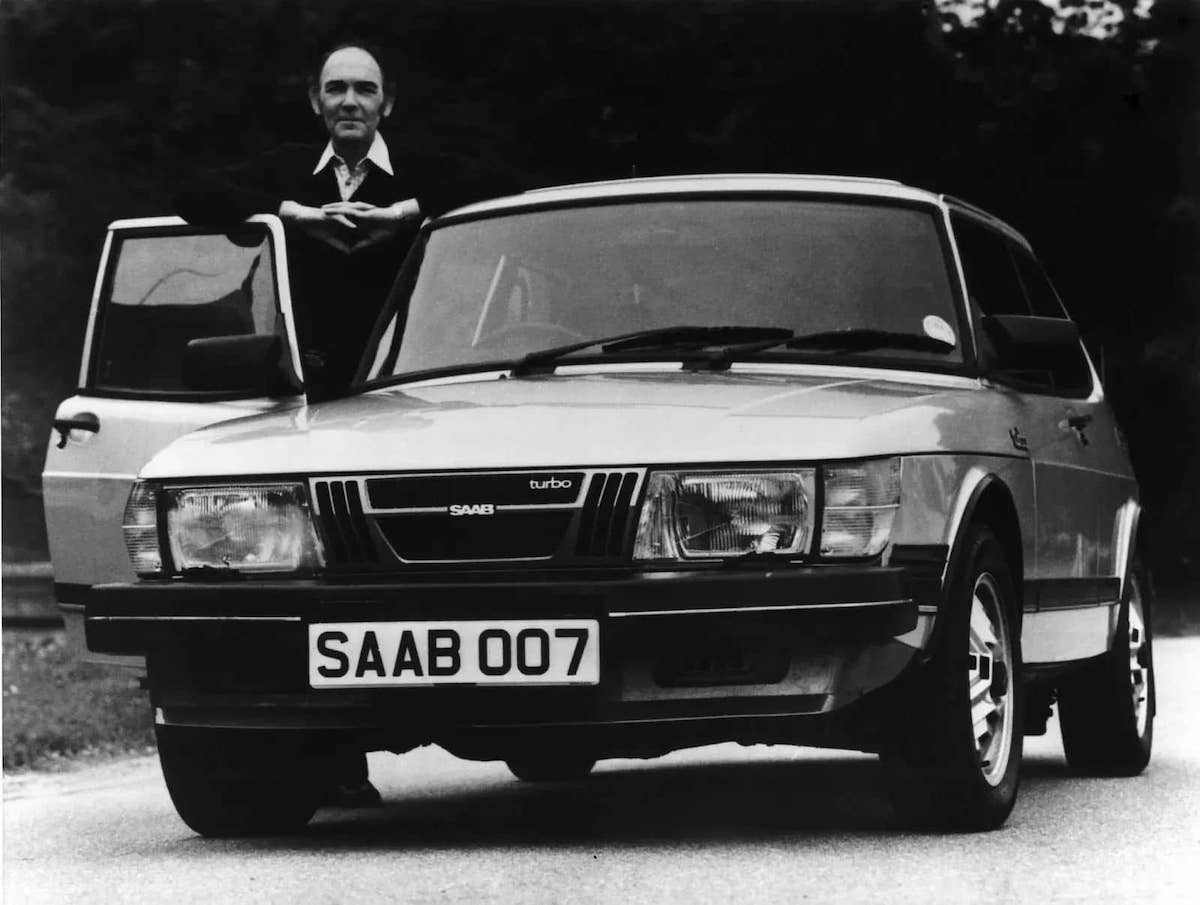 Yes, believe it - James Bond too was a SAAB man.
© Top Speed

Okay, so the SAAB 900 Turbo isn’t strictly a Bond Car from the big screen. However, it was 007’s choice of wheels in the 1981 James Bond novel Licence Renewed by John Gardner. Nicknamed The Silver Beast, Bond’s SAAB was capable of over 170mph; a massive increase over the original’s vmax. Whilst it wasn’t as heavily armed as film-going Bond cars, it - in a true reflection of the SAAB 900 proper - packed enough safety features to make a T34 tank seem a bit soft. Bond’s only Swedish car to-date boasted an armour plated, fire-proof body and self-sealing heavy duty tyres, along with a toxic air filter, and an assortment of handguns. In what would have seemed unthinkable some 40 years ago, and has only become a reality in the automotive world over the last decade, the SAAB also featured keyless entry, a digital heads-up display, and a very rudimentary interpretation of Apple CarPlay - or Android Auto - which allowed Bond to communicate with MI6 via text message. As we’ll find out next week, SAABs were always forward-thinking cars. Could Bond’s 900 Turbo (without the weaponry and armour, of course) have been a prediction of what the much-loved Swedish carmaker could have done had it not met its untimely demise in 2011? 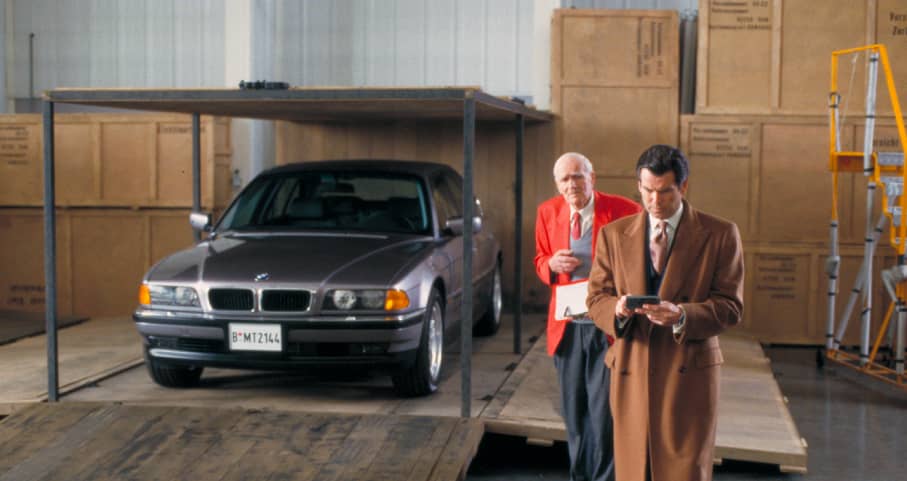 If you’re a kid of the late 1980s to-early 1990s, then there will only ever be one ‘true’ James Bond - Pierce Brosnan. When Brosnan took over the role of 007 from Timothy Dalton in 1995, Bond had well and truly arrived for the upcoming new millennium. The Irishman played the role with good looks, a sharp, schoolboy-esque wit and gadgets. Plenty of gadgets. ‘Peak Brosnan’ came with 1997’s The World Is Not Enough, in which a megalomaniacal media mogul tries to start World War III. In his efforts - which were successful of course - to thwart said bad bastard, Bond is given a BMW 750iL armed with rockets, spike-dispensers, and tear gas emitters. It could also be driven by mobile phone using a trackpad, which Bond uses for hugely entertaining purposes during a car chase set in a Hamburg carpark. Interestingly, whilst Bond’s BMW luxury barge is marked as a Munich’s V12 flagship in the film, the cars actually used were severa V8-powered 740i models. In fact, they’re just like the ones you see here. 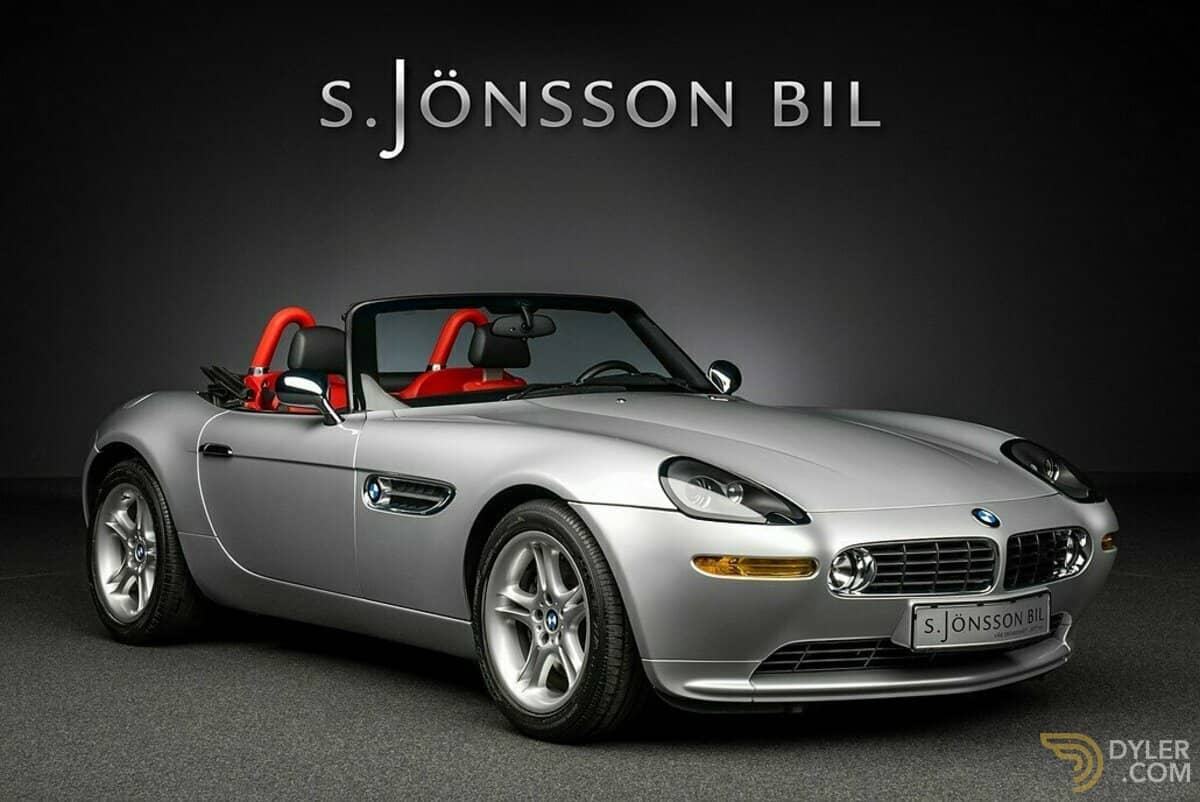 Believe it or not, Bond’s BMW Z8 in The World Is Not Enough is not actually a BMW Z8
© Twitter

The World Is Not Enough was the last Bond film of the 1990s, and it certainly went into the 2000s in style. Alongside the sharp suits, the glamorous female villain, and the Bond witticism of all Bond witticisms in its closing sequence, Brosnan’s penultimate outing as the world’s least-subtle spy was the last in which 007 would be behind the wheel of a BMW. The producers chose the best ‘til last, as Bond was given a BMW Z8; a gorgeous Henrik Fisker-designed reimagination of the BMW 507 roadster for the new millennium. Unfortunately, the Z8 meets an untimely end thanks to an encounter with a helicopter-mounted buzzsaw, but what we do see shows that Bond’s Last Beemer was loaded surface-to-air missiles, and in the 2001 video game, Agent Under Fire, it had a pretty deadly electromagnetic pulse generator. However, the Z8 in The World Is Not Enough isn’t actually a Z8. Not only would it have cost BMW obscene amounts of money to cut up one of its now-200k+ roadsters, the fact is that the car wasn’t actually ready! The Z8 was scheduled for release in 2000, so the car for the film was created by sticking some leftover panels over a Jaguar chassis, which was then looked over by a BMW engineer to check if it looked up-to scratch. 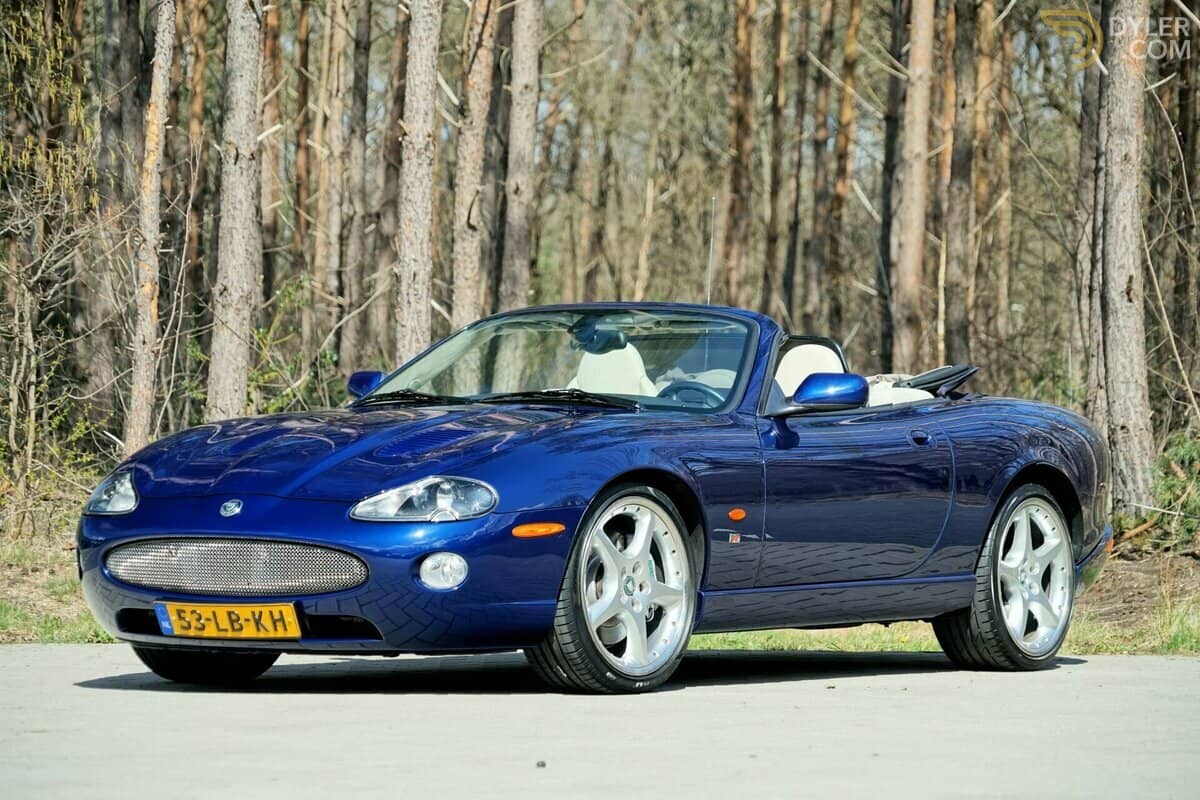 With enough firepower to take down a small army, the villainous Zao’s Jaguar XJR was way cooler than Bond’s Aston Martin Vantage in Die Another Day
© The National Motor Museum

Brosnan’s last outing as Bond in Die Another Day was - to be polite - a bit silly in every conceivable way. Even the car chase got daft. Yet before the scene hit peak ridiculous, Bond in the then-new Aston Martin Vanquish, duking it out with bejewelled villain Zao in the heavily-armed Jaguar XKR you see above is properly good fun. Out of the two British GTs, however, it’s the North Korean who has the cooler car in our eyes. Alongside the gatling gun, the rockets, the mortar rounds, the missiles, and the battering ram, the XJ was painted the same green as Jag’s then-F1 team, and decked out with a chunky grey body kit. The result was an already-cool car turned into something properly villainous. Unfortunately, Die Another Day was so bad, we’ve only seen it once so we can’t remember what fate befalls the Jag. You’ll just have to watch it then, won’t you?