Was Can-Am the Greatest Racing Series Ever?

The motorsport is encumbered by numerous rules and regulations. F1s technical rulebook alone is longer than 100 pages and regulates such aspects as gear ratios or placement of driver’s feet. Racecar engineers must work within tight margins allowed by the governing bodies. Wouldn’t it be great if we could do away with all of this bureaucracy? One racing series did exactly that, Can-Am. It ran between 1966 and 1974 in Canada and USA (hence the name) and spawned some of the most outlandish vehicles of all time.

To be fair, Can-Am cars still had to comply with FIA’s Group 7 requirements. But I can assure you the rule book didn’t have 100 pages and mainly required cars to have 4 enclosed wheels, 2 seats and some safety equipment. Aside from that, the engineers were given a carte blanche. The teams could have easily entered cars with aerodynamic bodies made of unobtainium, powered by 10 liter supercharged or turbocharged motors.

As any Hollywood producer will tell you, it is impossible to attract attention if you don’t have some famous names attached. Well, Can-Am participation was handsomely paid and attracted some of the best drivers of the period, including but not limited to Jackie Stewart, Mario Andretti, Graham Hill, Bruce McLaren and Denny Hulme. Combine that with virtually non-existent regulations and you’ll have perhaps the most intriguing automotive spectacle of all time.

For the inaugural ‘66 season, majority of the teams entered racecars that were mildly modified from the ones used in other championships worldwide. Winning Lola T70 MkII Spider was rather tame compared to the racecars that succeeded it, but it was still sporting a massive 7 liter GM V8. 1966 Chapparal 2E, on the other hand, was wildly different from anything that came before it. The car was characterized by its aerodynamically sculpted fiberglass body and that massive chassis-mounted rear wing. It was the first race car in the world to take the air moving around it so seriously. Despite being ahead of its time and the crowd’s favorite, this car only managed to score one win that year, in Laguna Seca. 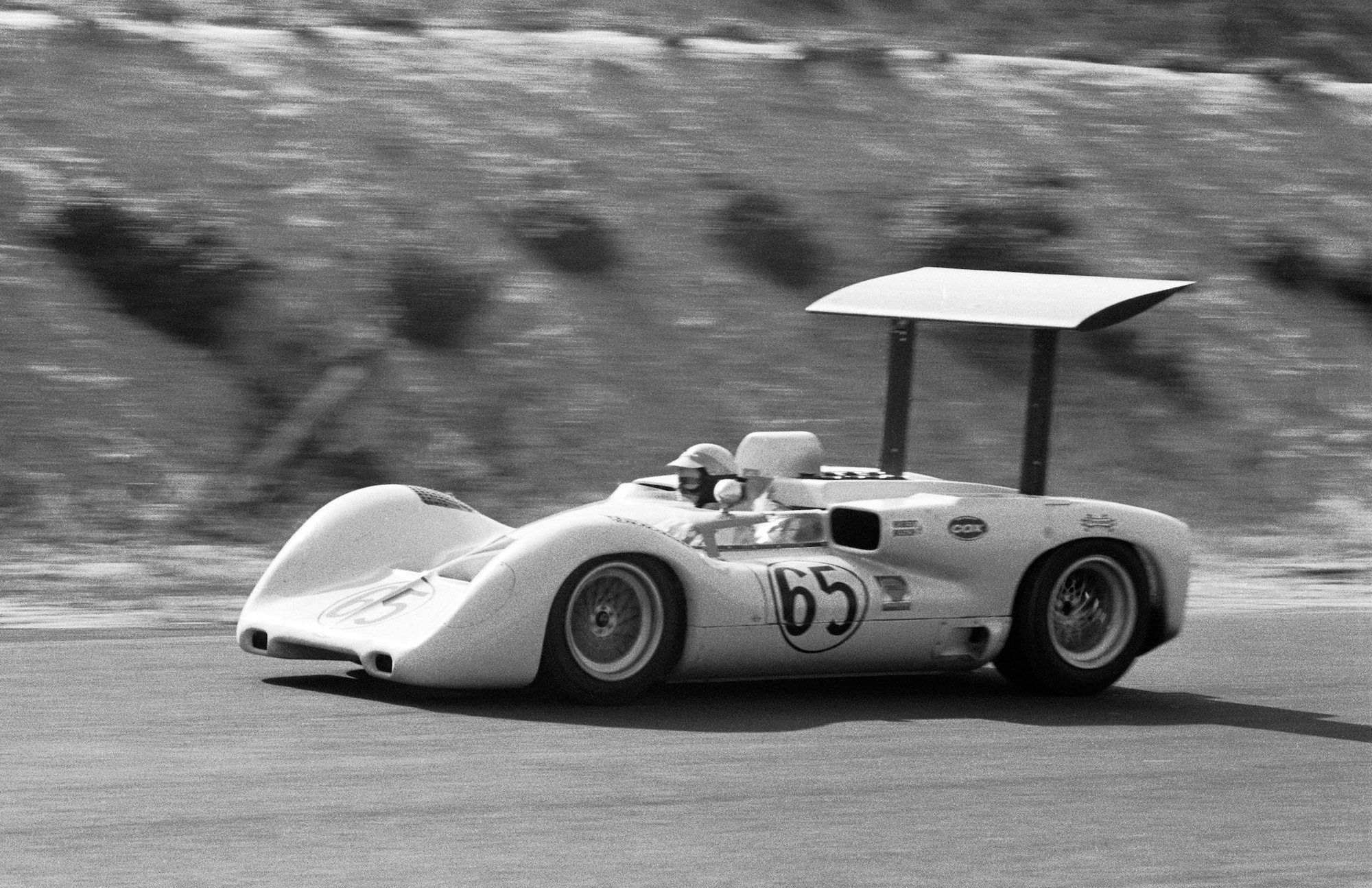 But that glorious rear wing wasn’t even the most outrageous aerodynamic contraption by Chapparal. In 1970 SCCA (Can-Am’s governing body) banned those massive rear wings, so the team worked their way around it. They brought out 2J, equipped with twin fans, powered by a snowmobile motor and sucking out the air from underneath. Believe it or not, the snowmobile motor was capable of creating up to a ton of downforce at any speed. That meant it could go flat out without skidding through tight corners while its peers could only reap the benefits of aerodynamic witchcraft at high-speed corners. Jackie Stewart recalled driving the 2J "The car's traction, its ability to brake and go deeply into the corners, is something I've never experienced before in a car this size or bulk." Competitors immediately complained about this unfair advantage and got 2J banned. 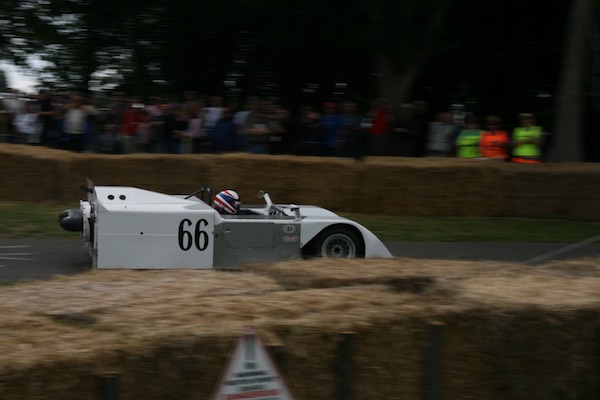 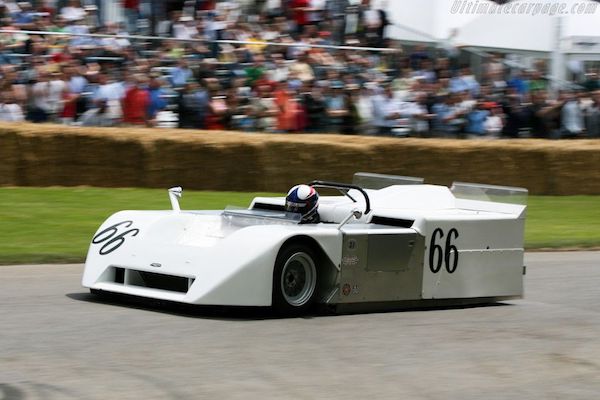 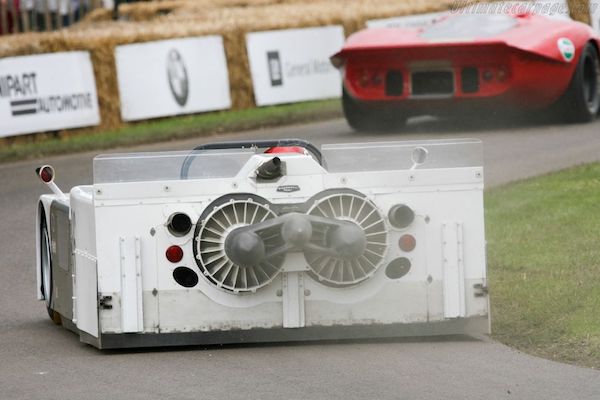 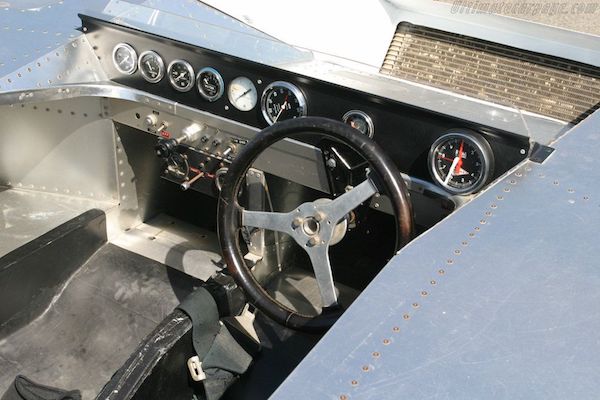 Despite teams presenting extremely different solutions to the Can-Am equation, the race series lacked close battles and were mostly dominated by a single team at a time. McLaren was ahead of everyone else for most of the time, dominating in 1967-1971 seasons. Quick side note, 1967 Can-Am McLaren M6A was the first car to ever wear the trademark papaya color scheme. While Bruce McLaren’s creations were never as innovative as Chapperals, the kiwi racer got many things right. His cars were lightweight, well sorted and powered by reliable and powerful high-displacement GM V8s. Despite overall success on the track, it was not plain sailing for McLaren. Bruce, the company’s founder lost his life in a crash while testing their new M8D in Goodwood in 1970. 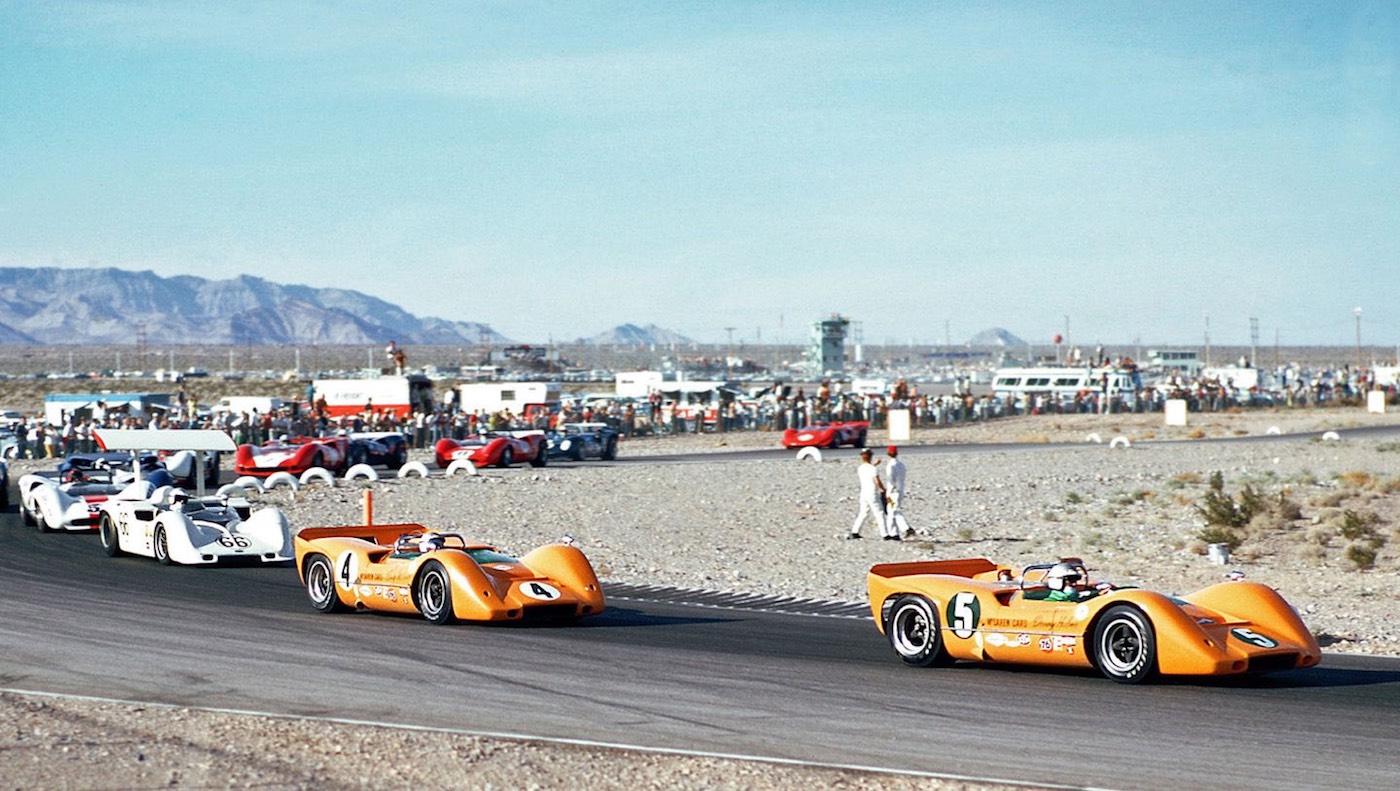 McLaren’s stronghold crumbled in 1972 when Porsche decided to partake in Can-Am by teaming up with Penske. The Germans are not known for faffing about and their 917/10 won in its inaugural season. By the time, there were certain aerodynamic limitations in place, but the anything goes approach remained when the engines were concerned and Porsche made use of that. When dyno-tested, 917/10s turbocharged flat-12 pushed out 918 bhp. 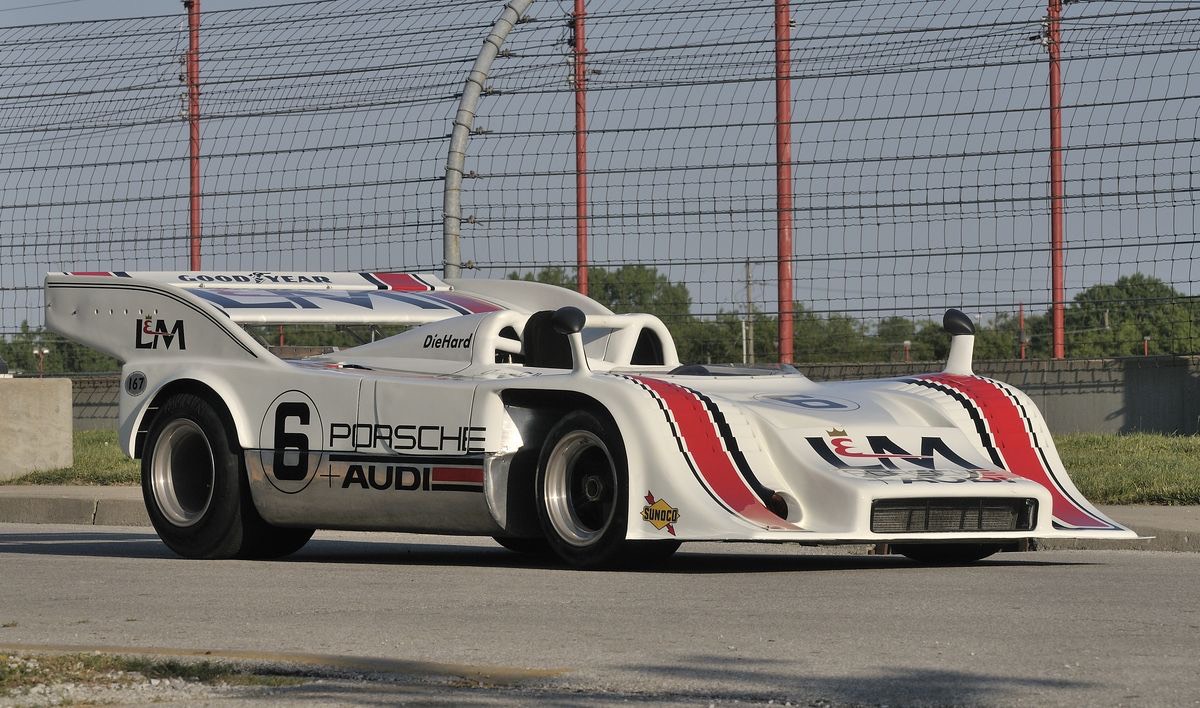 Surely, that would have been plenty of power for most intents and purposes, but this was the unhinged world of Can-Am. In 1973, Porsche debuted 917/30, depending on boost levels, its 5.4 l boxer 12 could produce in excess of 1500 bhp, making it the most powerful racecar to ever roam the Earth’s circuits. The result? 917/30 absolutely smashed the competition by winning every race but one on Can-Am’s calendar. The oil crisis struck and there was a lot of concern regarding the availability of fossil fuels. Motorsport was not immune to these mood swings and in 1974 Can-Am saw the implementation of 73 gallons (276 liters) fuel limit for the 200 mile (322 km) race. Naturally, it starved the almighty Porsche 917/30 and granted the victory to its only competitor, Shadow DN4 with Jackie Oliver behind the wheel. The fuel limitation did not hamper the performance of Chevy V8 powered DN4 too much, so many suspect the regulation change was meant to muzzle the unstoppable Porsche. 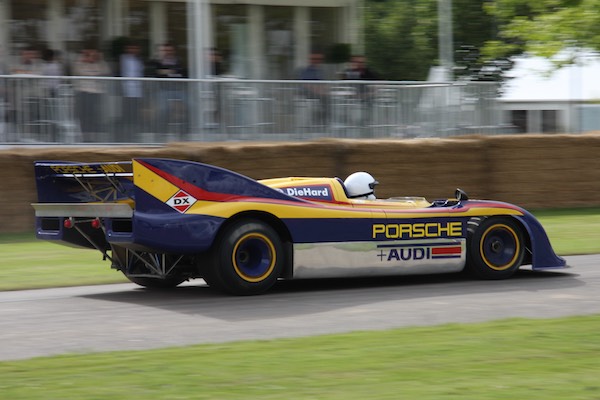 Porsche 917/30 still is the most powerful racecar ever used
©Brian Snelson, Flickr 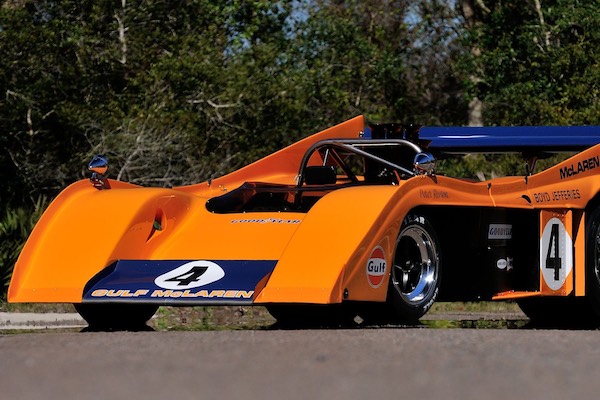 Regardless of the SCCA reasoning, the main appeal of Can-Am as a lawless testing ground for outlandish prototypes was gone. Fans lost interest in the series and only 5 out of 8 races took place in 1974 season. A few years later, SCCA introduced a new version of Can-Am, but it failed to attract the same crowds as the original. The Can-Am was dead. If you were born too late to witness the glory days of Can-Am, you can still get a hint what is all about, Historic Can-Am Association hosts several racing reenactments annually on American soil. So you can plan a visit there or just watch this historical footage below.