Jim Glickenhaus: “If Sebastian Vettel Wants to Drive for Us at Le Mans, We Have a Seat for Him”


Jim Glickenhaus has revealed that Scuderia Cameron Glickenhaus (SCG) - the boutique sports car manufacturer and racing team he owns with his son Jesse - has a seat available for Sebastian Vettel should the four-time Formula 1 champion wish to try his hand at sports car racing when he leaves Ferrari at the end of the 2020 F1 season.

Along with Toyota Gazoo Racing and the ByKolles team, SCG is the only other outfit to confirm it will compete in the all-new ‘Hypercar Prototype’ class introduced for the 2021 FIA World Endurance Championship season.

The Hypercar Prototype class will replace the outgoing LMP1 Hybrid class as it seeks to reduce costs and promote closer racing in order to attract more entries to the top-class of international sportscar racing.

SCG’s hypercar competitor, the SCG 007, will be powered by a 3.5L twin-turbo V8, which produces 670bhp. Unlike the Toyota, the car’s engine will be naturally aspirated and not a hybrid.

The car is scheduled to run at a shakedown in September 2020, and Glickenhaus is confident that the car will be ready and competitive for the opening round of the 2021 FIA WEC season at Sebring. 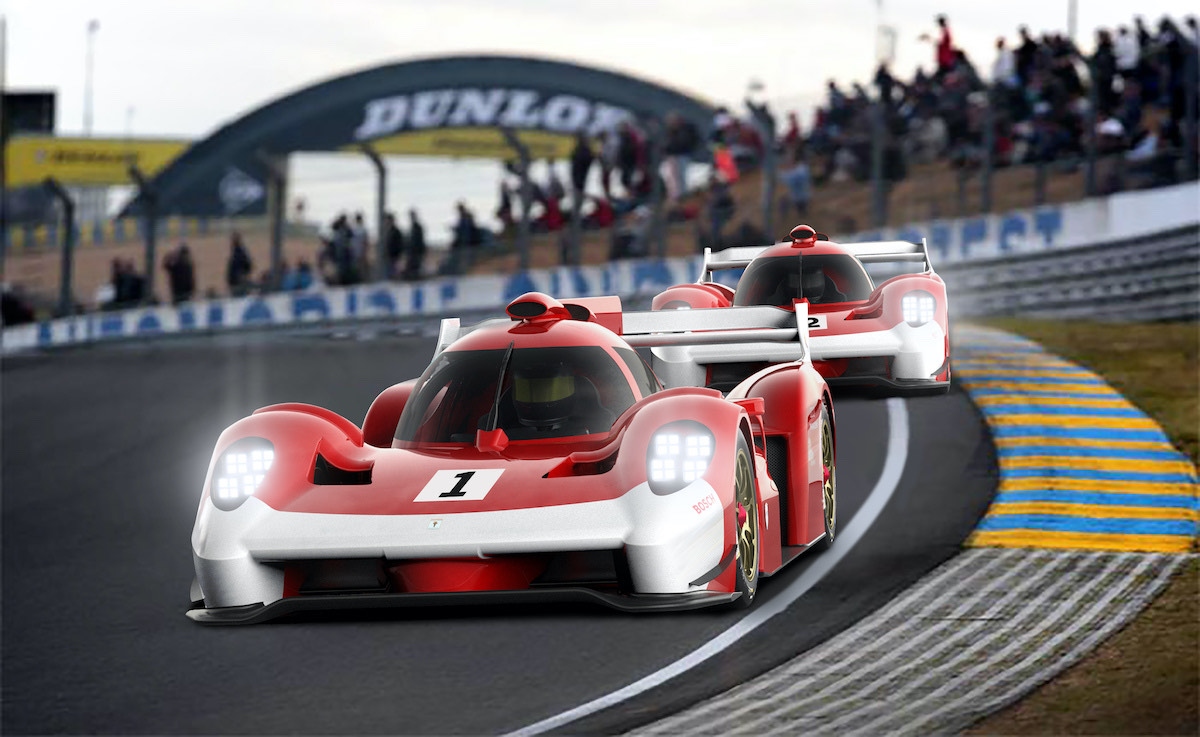 “You’ll definitely see two SCG 007s on the grid at Sebring in 2021,” he told Dyler.com. “I think we’ll do well because we have a team of super engineers who’ve worked on successful Formula 1 and sports car projects in the past, a really lovely engine, and we’ll have some great drivers.”

Earning the Respect of Ferrari


Glickenhaus’ wish to attract Sebastian Vettel comes from being life-long Ferrari enthusiast. His connection with the Italian manufacturer goes back to the 1960s when he formed a friendship with the North American Racing Team (N.A.R.T.) founder, Luigi Chinetti.

As a result of his collection, Glickenhaus has earned Maranello’s respect over the decades.

The New Yorker believes his straight-talking attitude and refusal to gloss over Ferrari’s decisions is what allows him to count former Ferrari president Luca di Montezemolo and former Scuderia Ferrari driver and Targa Florio winner, Nino Vaccarella as friends. 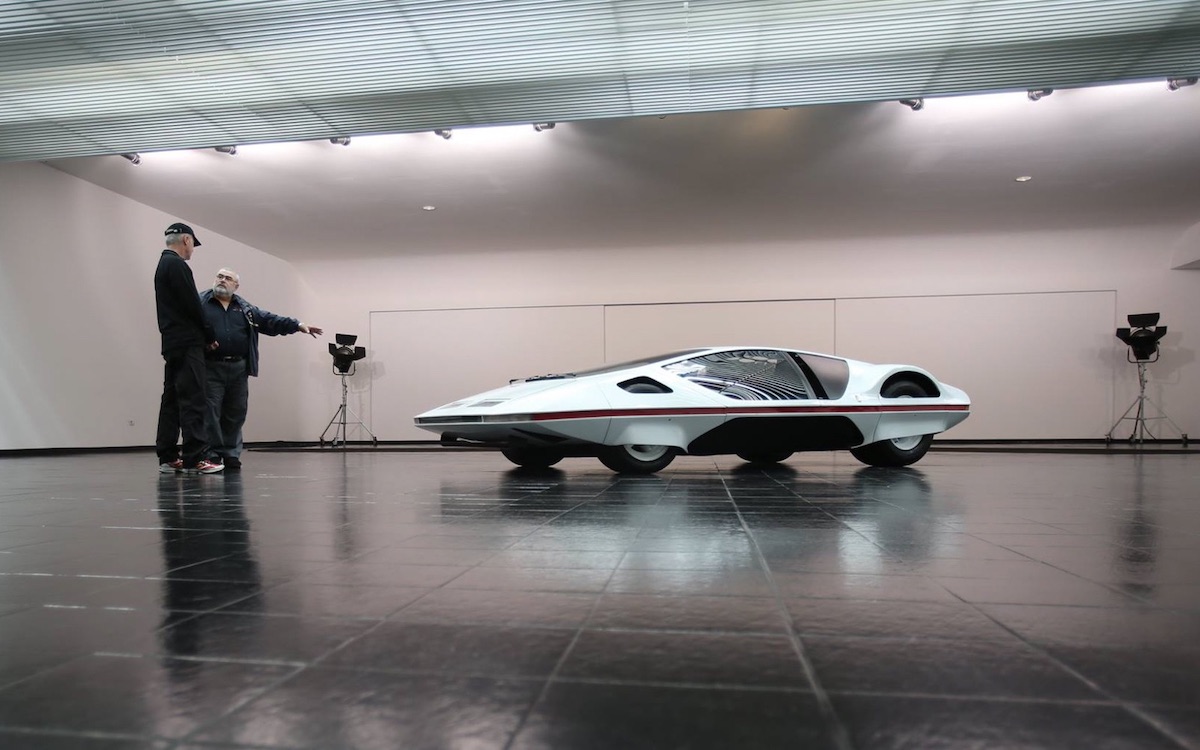 “Don’t get me wrong, I had and still have a very good relationship with Ferrari but I think there are a lot of people who just say “yes sir, may I carry your golf clubs?” and then there are other people who say what they really think,” said Glickenhaus. “Now, I don’t know anything about the inner-workings of Ferrari, but as an outsider, it’s clear that they have a long history of treating their drivers poorly, which is something that goes back to when Enzo - the Old Man - was alive.

“I think when he was dying, the Old Man realised he’d treated some very people poorly and as gifts, he gave some people a Ferrari as a gift. He gave Nino Vaccarella a 208 GTB Turbo as a gift, and I ended up buying it from him to keep in our collection when I was invited to the celebrations for the 100 years of the Targa Florio.

The Appeal of “Old-Time Guys” and Hiring Sebastian Vettel


“But back to Sebastian, Ferrari seems to be carrying on that tradition of treating drivers poorly and I don’t think that’s a very pleasant thing at all - by the way, if ever Sebastian wants to come and drive for us at LeMans, we have a seat for him!”

Vettel - a driver who famously shuns social media and who recently revealed his love for physical books and his dislike for mobile phones to F1.com - has evidently won Glickenhaus’ affection with his low-key attitude in the F1 paddock. 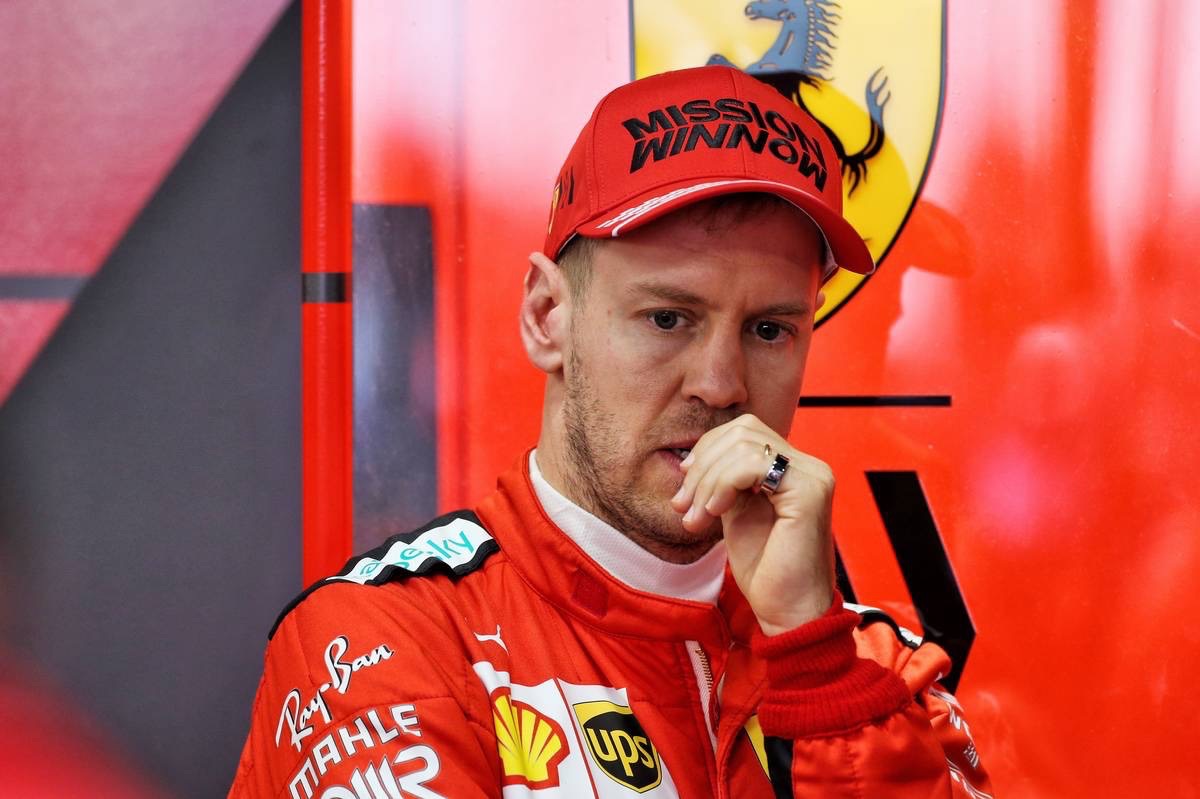 Will Sebastian Vettel take up Glickenhaus’ offer when he leaves the Ferrari F1 team at the end of the year?
© Essentially Sports

“Formula 1 doesn’t interest me that much, really. The start’s okay, the finish is alright, but the part in the middle is just a procession. It also doesn’t sit very well with me when you see people living it up in their champagne bubbles at an F1 race which is held in some bizarre dictatorship of a country.

“From what I know about Sebastian though, he’s a bit of an old-time guy and I like that. Back in the day, you’d have people like Mario Andretti, Mark Donahue, Graham Hill, and more recently, Fernando Alonso who’d race in F1, the Indy 500, and sports cars all in the same year - so yeah, if Sebastian wants to try his hand at this and race for me, I’d be more than happy to have him. I just can’t afford to pay him as much as Ferrari!”


Despite questioning Ferrari’s treatment of its drivers over the decades, the influence that the Prancing Horse has had on Glickenhaus the racer is undeniable.

“It’s quite an interesting fact to know that the last Ferrari to have finished first overall at LeMans was in 1965, and it was heavily modified by Mr. Chinetti’s N.A.R.T team in Greenwich, Connecticut,” he explains. “As a teenager, I actually helped build some of those cars by picking up parts for them and putting them together.

“When I was 18, I was lucky enough to go to Europe to watch the French Grand Prix at Rouen after I told Mr. Chinetti that I wanted to go to an F1 race. He helped me on the condition that I help him, so he told me to be at the circuit for a certain time. 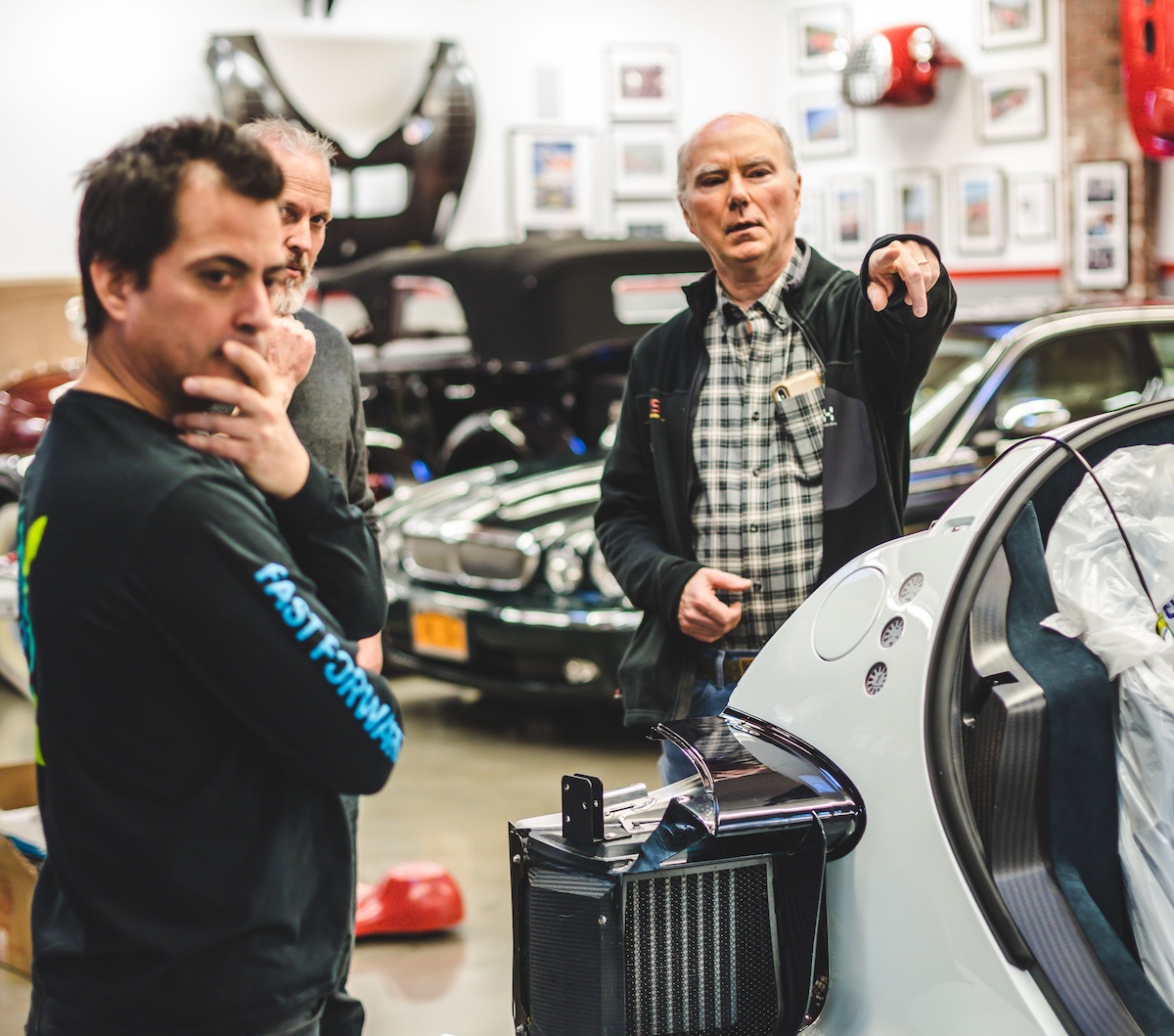 “When the Ferrari truck arrived, I had to tell the driver I knew Luigi and he said “right, get unloading” so we did. Even Jacky Ickx, who’d driven to the circuit from Paris in his FIAT 124 got involved with helping out too. When the other teams turned up, we lent them a hand and in the evening we’d all sit around a campfire and cook pasta and chat - I think that’s a wonderful thing. It’s what the spirit of racing should be about.”

Whilst open about his car collection’s influence on design of the SCG roadcars - the SCG007 has echoes of the long-tail LeMans cars of the 1970s and the SCG006 draws on the beautiful Ferrari 250 GTO - Glickenhaus maintains he will not sell out and aims to keep the spirit of the great US privateer alive.

If Glickenhaus can be mentioned in the same breath as Briggs Cunningham, Jim Hall, and Carroll Shelby, you get the feeling he’d be a very happy man.

“We really have no interest in mass production in the numbers more traditional manufacturers such as Ferrari, Lamborghini, and McLaren are following. Ferrari sells around 12,000 cars per-year, and if you look down the line, you’ll see we sell just a couple of hundred cars annually - we think there’s a market for people who want a basic, pure sports car with a naturally aspirated engine, so that’s what we do.

“A lot of people have expressed a lot of interest in various things, so we’re very lucky to be able to fund our own various endeavours privately without any external investment. Selling out is something we’re not interested in, because we’re not looking to be a huge company. We’re very happy being family owned and 100% controlled by our family business. 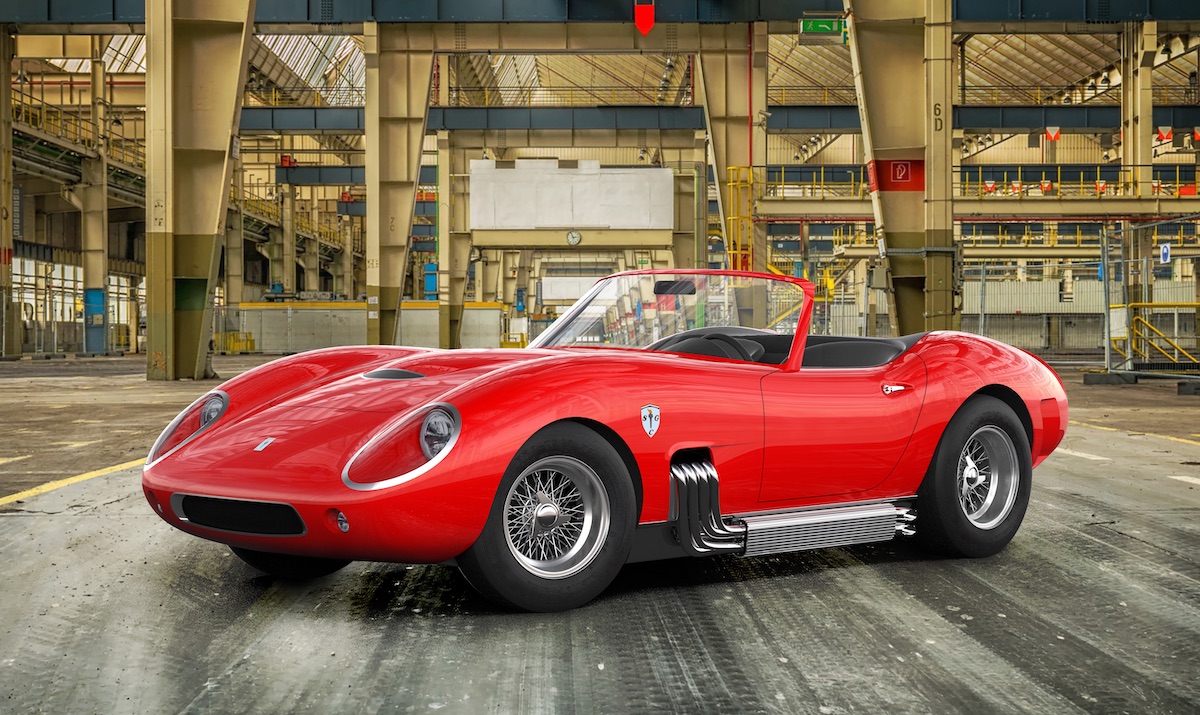 “I don’t know if I can be compared to anyone in particular, I mean, I’ve been compared to a lot of things in my time!” he concludes with a laugh. “Ideally though, I’d like to see myself standing shoulder-to-shoulder with guys like Briggs Cunningham, Jim Hall, and Carroll Shelby. I think we’ll be very competitive next year…”

And when those two SCG007s line up on the grid next year at Sebring - with or without Vettel at the wheel - for the 2021 WEC season opener, you can’t help but wish Glickenhaus all the best.

To keep up with SCG’s adventures in the FIA World Endurance Championship, head to their website here.

Should you wish to find any of the cars mentioned for sale on Dyler.com, follow this link.