Don‘t get confused, you haven‘t wandered off into some train-enthusiast website on your journey through the internet, you‘re still on Dyler. But if you’re anything like us, you probably appreciate all sorts of machinery, like the one that can cover thousands of kilometers without breaking a sweat, think Japanese Shinkansen trains or Concorde planes. Both of these apparatuses are widely known due to their successful implementation, but today we look at some equally ambitious failed experiments from the 20th century of blending railways and aeronautics.

Perhaps the first remarkable train-plane hybrid was revealed in 1930. It was a brainchild of a German engineer Franz Friedrich Kruckenberg who was looking for an alternative to Zeppelins. According to him, those were just ticking hydrogen time bombs (pretty controversial ideas in a pre-Hindenburg world). He set off to create something to address the problem. His solution? Getting rid of any lifting gas and putting the Zeppelin on rails. This new contraption was called Schienenzeppelin (rail zeppelin) and utilized a massive BMW 46 liter V12. This engine was an airplane engine, so to make sure the Schienenzeppelin doesn’t take off, its propeller was angled to create downforce. The 600 bhp motor allowed this Bauhaus-styled locomotive to reach a top speed of 225 km/h, a record which held up well into the 1950s. Sadly, this rail-going Zeppelin wasn’t much safer than its flying cousin. The propeller posed incredible danger to wildlife and by-passers that could be shredded to bits. Schienenzeppelin was never used for public transport and its sole example was dismantled by the Nazis in 1939 so the Luftwaffe can reuse its bits. 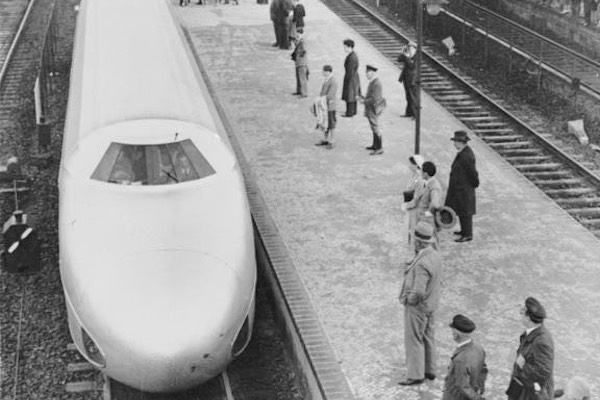 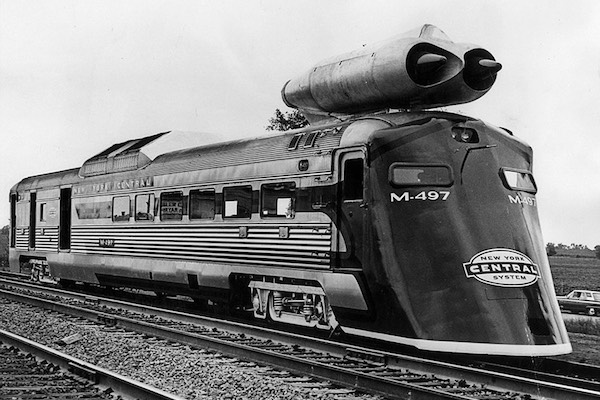 Although the Schienenzeppelin died, the idea of mating a train with a plane lived on. In 1960s a railroad engineer and an ex-military pilot Don Wetzel was working on a high-speed train project for New York Central Railroad. Weirdly, the most rational solution for him was to graft a couple of jet engines onto a second hand locomotive. The result was named M-497 “Black Beetle”. Unlike the Schienenzeppelin, this was not a ground-up design, but rather a hack trying to optimize costs. Even the jet engines themselves were General Electric J-47-19 units from a used bomber plane and the design was done by Wetzel’s wife.

The rationale behind the engine choice was simple as Wetzel explained to GE reports years later: “They were the cheapest 5,000 horsepower engines we could find. They were also the most reliable.” Arguably, it doesn’t sound too promising, but the locomotive managed to set an official record of 295 km/h, making it the fastest train on American soil to this day. Despite its somewhat rational design and phenomenal speed, the project was never considered commercially viable. After using the locomotive for the speed record and publicity, the Black Beetle was reverted to a usual diesel locomotive and continued its service. There is still some old-timey footage from its development and tests with jet engines:

In 1970s, the jet train concept was revived once more, this time in Tver, Soviet Union. Just like in US, great distances between major urban centers in USSR meant a need for a quick and economic way to transport people. The answer to this problem was the ER22 SVL locomotive, and it looked like it borrowed more than a few ideas from its American counterpart. Just like the M-497, the Soviet jet train had a couple of aeronautical engines upfront and was reported to reach up to 250 km/h. Due to design similarities it was plagued by much the same issues. The SVL was loud, thirsty and unsafe, thus idea was quickly ditched and the prototype was left to rot away near its birthplace at Kalinin Car Factory. 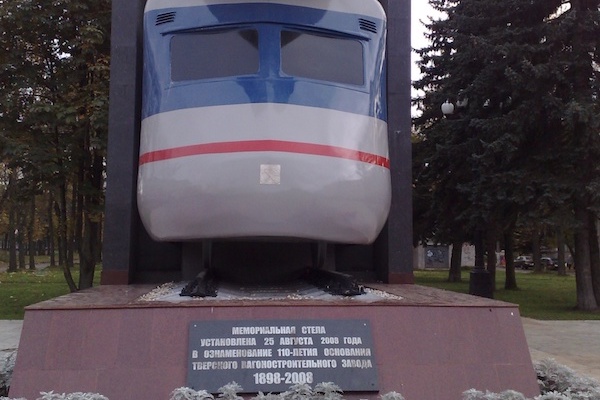 A monument for the ER22 SVL locomotive in Tver
©Wikimedia commons 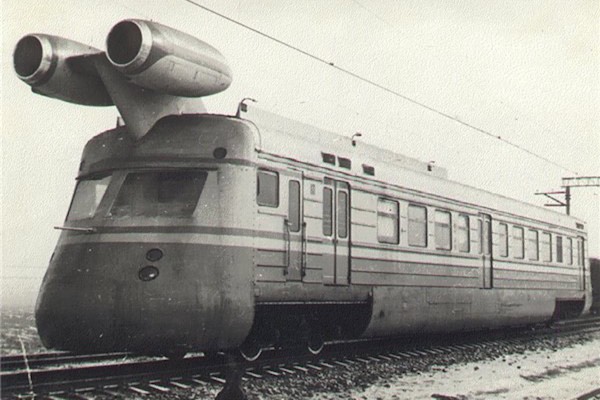 The Soviet jet train back in the 70s
©englishrussia.com

You can probably tell by now that mating planes and trains is not the best idea. In retrospect, these efforts look adorably flawed, but back then they were on the bleeding edge of technology. Eventually, humanity figured out the way of high-speed rail transport without fuel guzzling jet engines or dangerous exposed propellers and we’re all better off because of that. 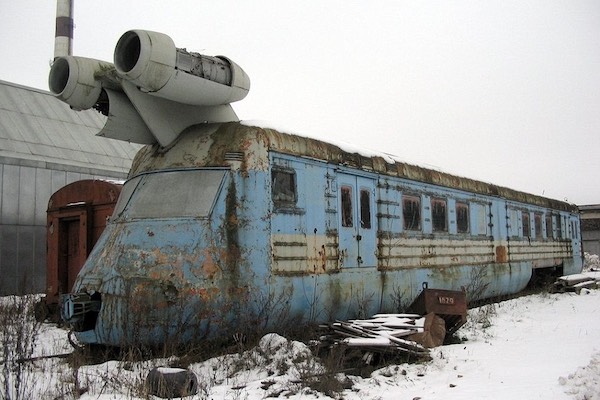 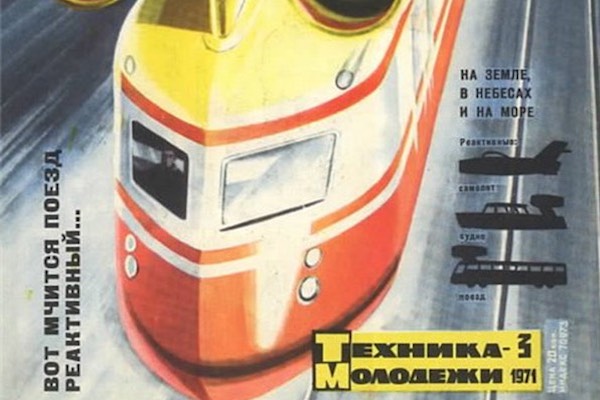 A publication promoting the ambitious yet flawed SVL
©englishrussia.com