Parisian classic car show is currently the largest indoors event of the sort and has long been the one to kick-start the season. Due to the fact it is hosted early in the year, dealers, collectors and enthusiasts alike can gauge the trends of the industry and forecast how the future may look like. This 2018 Retromobile salon raised a few eyebrows with cars made in the last year stealing the show and more than a few of the blue-chip examples not meeting their price estimates.

Unusually, it was not a Le Mans winning Ferrari or a one-off Porsche that fetched the highest price in this year’s Retromobile auctions. It was a contemporary hypercar and engineering marvel, Bugatti Chiron built just last year. Auctioned off by RM Sotheby’s, the blue-blooded French/German rocket reached whopping EUR 3,323,750. Despite the car being still in production, its whole run of 500 units is already sold, making it susceptible to the classic car economics of scarcity. While the Parisian auction featured a number of older Bugattis, but this was the one to take the cake. Perhaps, it points to the bidders prioritizing performance over history. 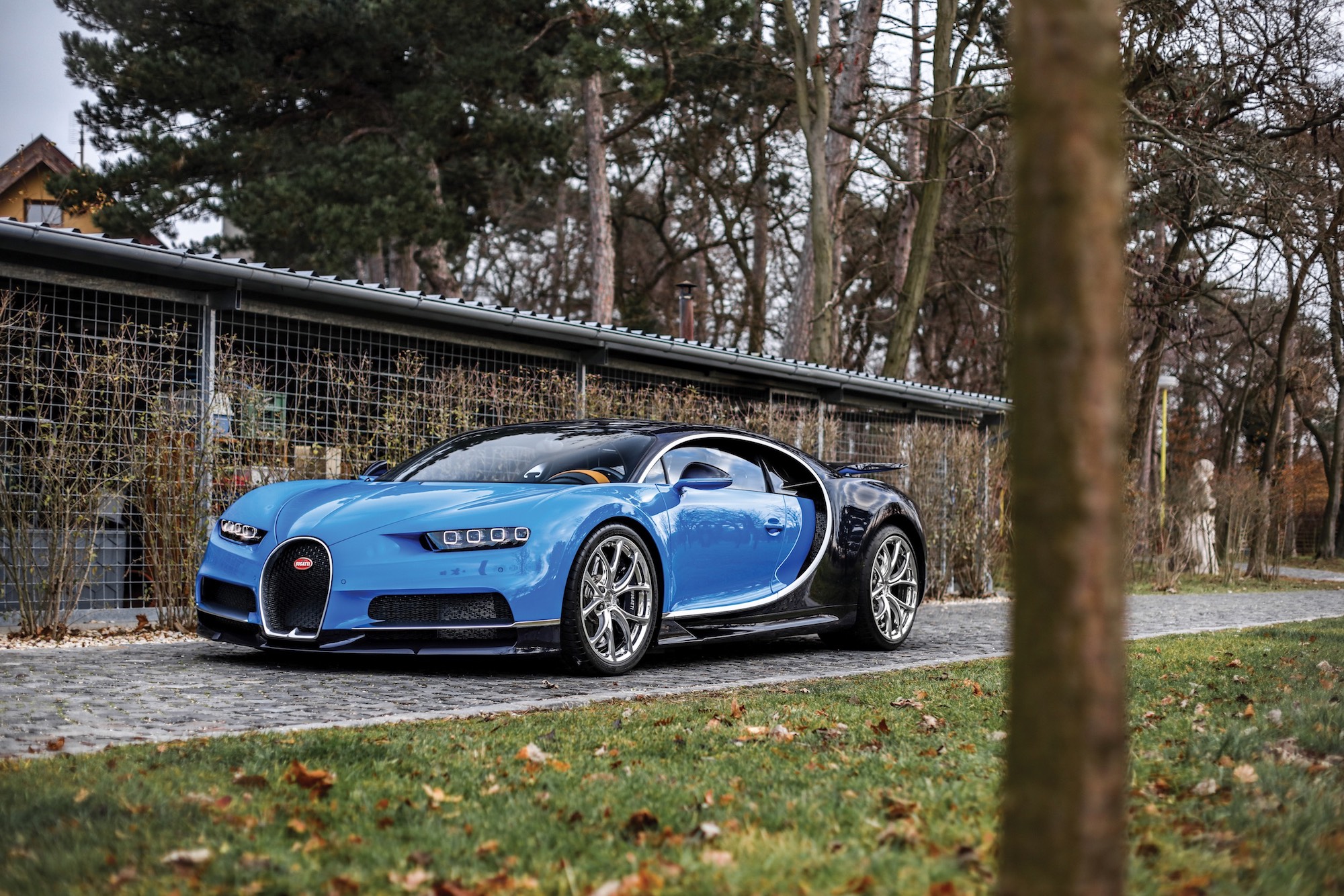 Despite still being in production, Chiron is in limited supply and classic car market rules apply to it
©RM Sotheby’s

Chiron taking the crown of the auction was not the only development few could have foreseen. For years, Porsches have been collectors’ darlings and their values have been skyrocketing, but the results of Retromobile auctions may suggest this status is crumbling. Just a year ago, RM Sotheby’s sold a Porsche 993 Turbo Convertible for incredible EUR 1,344,000 in Paris. The same model failed to reach half of that amount in this year’s auction. A water-cooled über-911, 996 GT2 failed to sell altogether due to not meeting its reserve. Older Zuffenhausen sports cars seem to retain their popularity, with a 1970 Le Mans class winner 914/6 GT fetching impressive EUR 241,250 and a pristine 912 barn find exceeding its price estimate and exchanging hands for EUR 92,000. 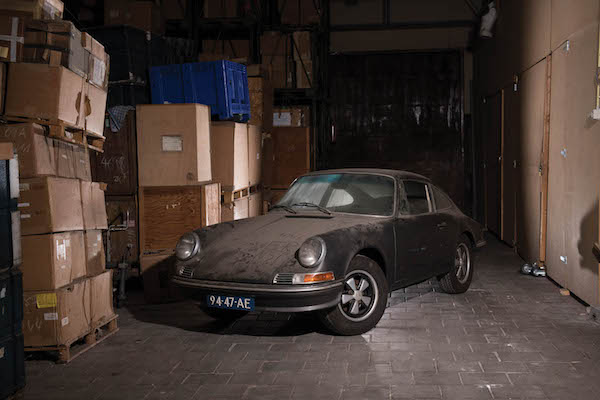 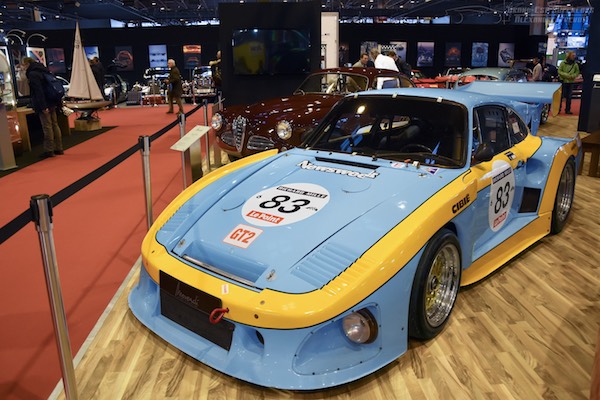 Porsches were still prominent at the event, but some failed to fulfill high expectations set to them
©Alexandre Prevot, Flickr

Another trend in this Retromobile show was manufacturers recognizing their heritage and investing heavily into their historical models. A star of the salon was a Jaguar D-Type, faithfully recreated by the British automaker. After bringing us freshly built E-Type Lightweights and XKSSs, Jaguar decided to bless the petrolheads (or at least the wealthiest of them all) with 25 brand new D-Types. It is one of the most remarkable models in the automaker’s catalogue, with 3 Le Mans victories between 1955 and 1957. The 25 continuation D-Types are going to be brand new cars hand-built to period specifications. 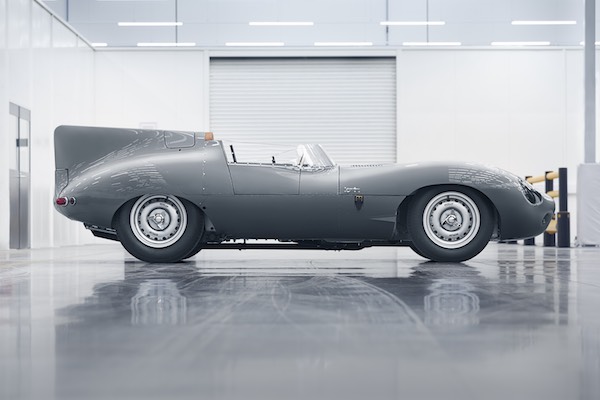 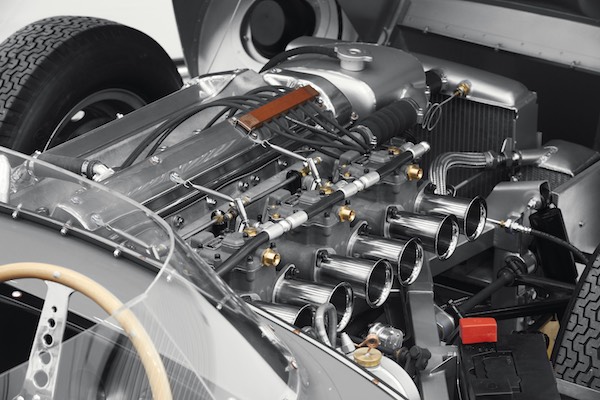 Lamborghini, meanwhile, jumped on this heritage bandwagon in a slightly different way. The Italian maker announced to be rolling out a support program for any model that has not been in production for at least a decade. To prove they’re serious about it, Lamborghini Polo Storico brought their painstakingly restored Miura and a Countach that’s undergoing restoration to the Retromobile.

Affordable classics market was another emerging theme in the Retromobile 2018. For the first time in salon’s history, there was a host of sub-25,000 EUR cars on offer, creating a nice balance to the multi-million exclusive automobiles on the opposite side of the spectrum. Not only these cars are more affordable, they also wouldn’t keep one up at night if parked on the street. Repairs and running costs would be lower as well, granting an opportunity to use them on regular basis instead of tucking them away in dread of hurting the car’s value.

The theme of sensible motoring extended onto Renault and Citroën stands. The former was celebrating its 120th anniversary and making people’s lives easier with their innovations aimed at the regular drivers. Proudly displayed were such examples like the 1899 Type B, allegedly the first car to feature enclosed driving position, 1909 BD Postal Van or the best-sellers like 4CV. At the same time, Citroën was marking anniversaries of its own – 70 years since their 2CV was first introduced and 50 since they built a cheerful open off-roader Mehari on the same platform. 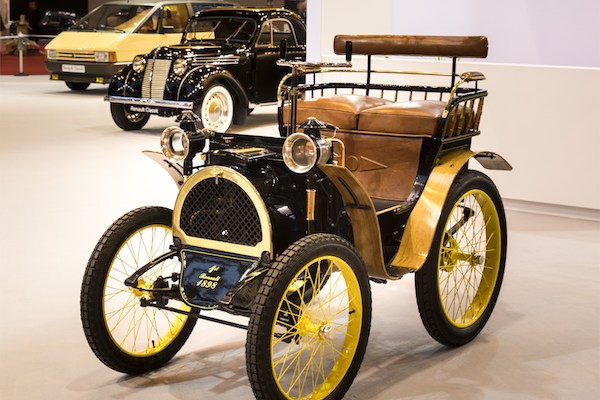 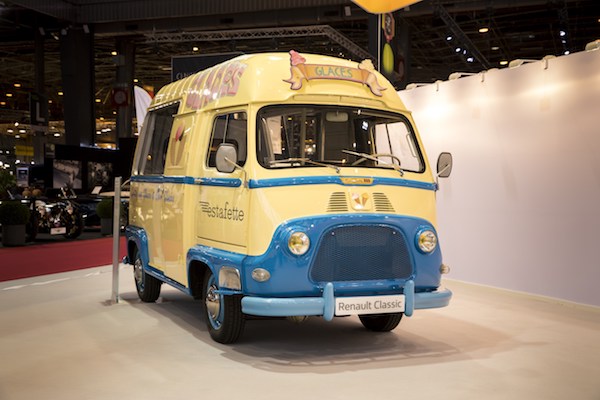 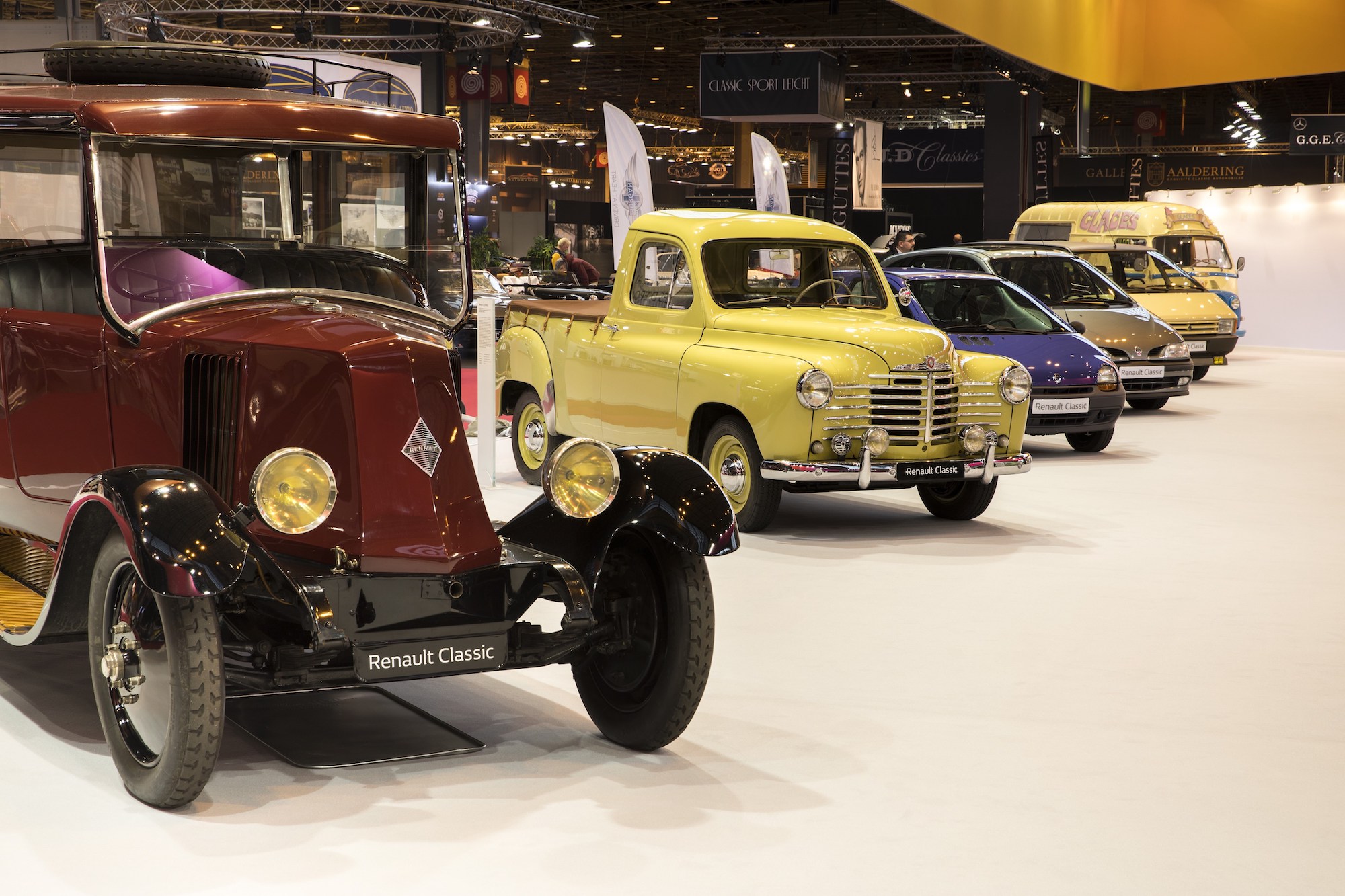 The lineup featured both vintage and newer models.
©Renault

Overall, there seems to be an increasing demand for cars one doesn’t have to baby. The ones that don’t make one wince every time a fly lands on the pristine paintwork. The market is finally coming to terms that people enjoy driving their cars and automakers themselves reach out to ensure, any wear and tear that may occur in the process can be reversed.