The Globe-Union Endura: A Source of Inspiration from 1978 for the Tesla Model S

The Tesla Model S is often described as the best all-electric car in the world. Many are fascinated by its technology, breath-taking acceleration, or the ability to cover more than 400 km with fully charged batteries.

If the Tesla Model S is one of those cars that have now encouraged many manufacturers to develop electric car technology, then the Globe-Union Endura tried to take on the same role in 1978.

The global electrification of cars is still just getting started. More and more people want to contribute to the well-being of our planet, so it’s no wonder that the popularity of electric cars is gaining more and more momentum every year. Looking at the history of the automotive industry, we can see that there were myriad attempts to implement the ambitious plan of abandoning conventional internal combustion engines, but most of them ended up in the trash bin.

Cars powered by electricity only made public appearances on very special occasions. Like when the global economy hit rough spots. One of the best pieces of evidence is the Globe-Union Endura that was introduced in 1978. An electric car that came out at the height of the oil crisis, when gasoline prices were doubling overnight. 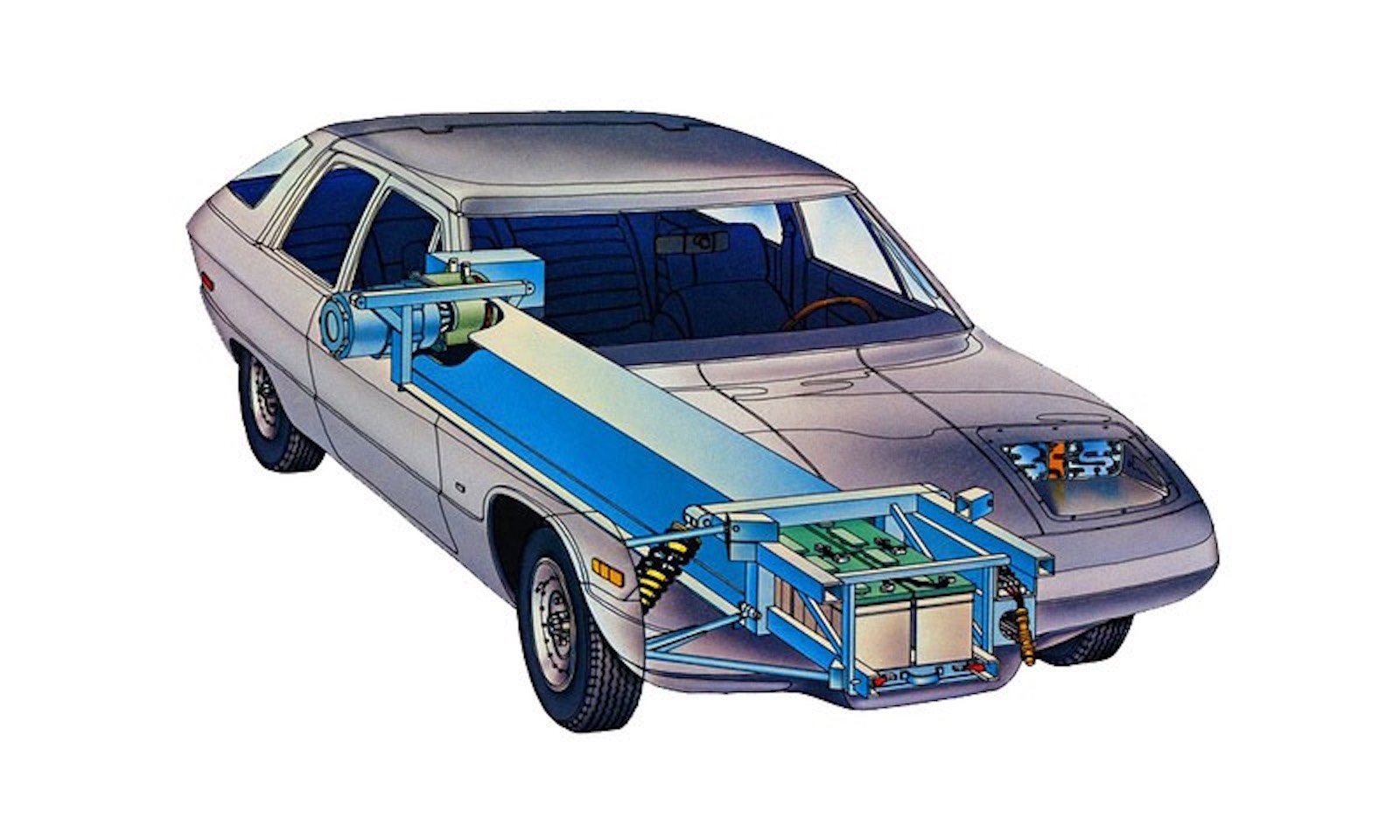 The people behind the Globe-Union Endura project didn’t even hide their goal when they introduced it – this was the car that was supposed to save American drivers from the unpredictable fuel prices.

“You are all well aware that the US currently has no alternative to cars powered by conventional fuels. We have created a car that doesn’t care about oil crises or cartel agreements,” wrote the Globe-Union Endura brochure. 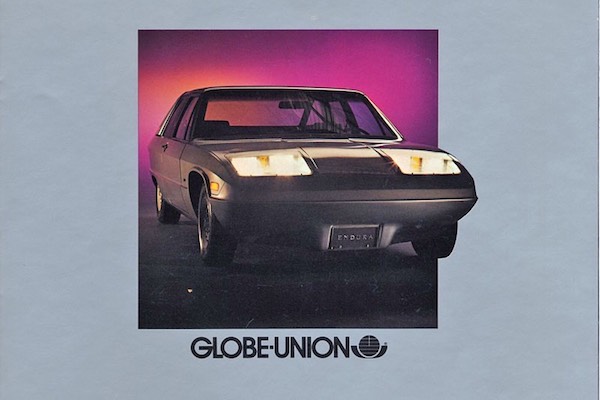 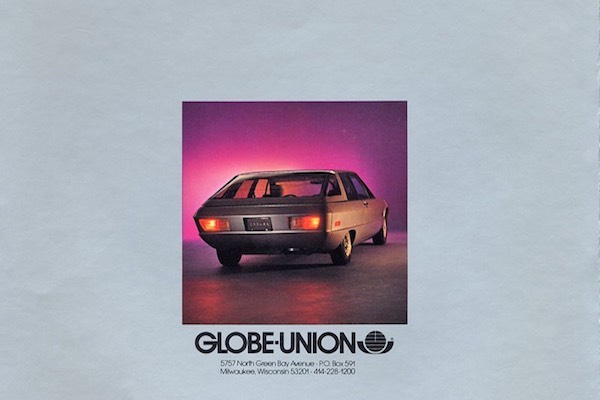 The Component Manufacturer that Built a Car

Many car lovers will have never heard of Globe-Union, but this shouldn’t come as a surprise, since the company, which was founded in 1911, spent many years specialising in the production of batteries, and was the market leader at one point. When US drivers were paralysed by the oil crisis, those who knew well how an electric car should operate came to their aid.

The engineers at Globe-Union created the new electric car from scratch. They didn’t go to other manufacturers for support or help with the supply of certain components. For example, the platform, which is one of the most expensive components in developing a new car.

Globe-Union engineers used the same formula that Tesla Cars use now – the bottom was lined with batteries that sent their energy to the rear wheels. Since this car was created in the 1970s, it should come as no surprise that the Endura was only powered by a 20-hp electric motor.

This big boy could hit a top speed of 104 km/h, but the manufacturer recommended that potential buyers maintain a speed of 48-56 km/h in order for the car to cover more than 160 km with fully charged batteries.

Chief designer Bob McKee built the body for the electrically powered sedan without regard to Concours d'Elegance rules. His goal was to create an aerodynamic body that would allow the Endura sedan to roll with the least amount of battery power necessary. 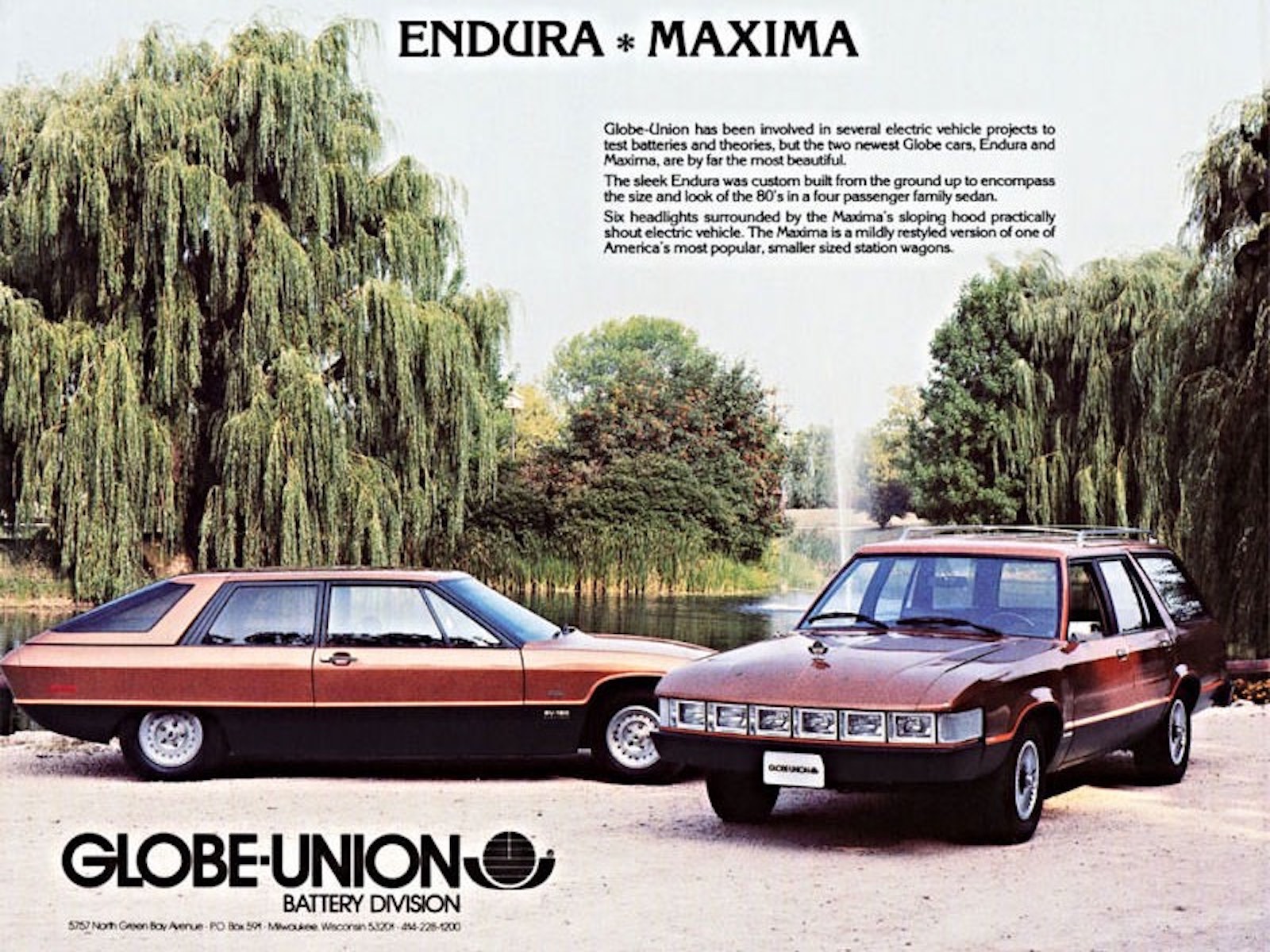 Like many modern electric cars, the Globe-Union Endura also had one very big disadvantage – a long charging time.

The manufacturer brochure says that the Endura’s batteries could be recharged in two ways: using a 110-volt or a 220-volt power source. Charging time was given as 14–16 hours at 110 volts. Meanwhile, a 220-volt source could recharge it in seven hours.

The Globe-Union Endura was made in 1978, but judging from the inside of the car, you might get the impression that it wanted to get out on the streets much earlier. 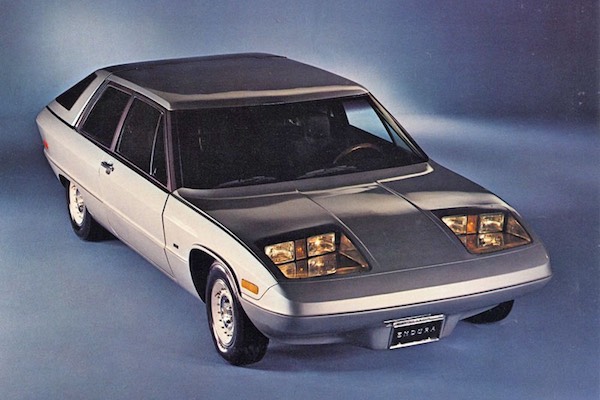 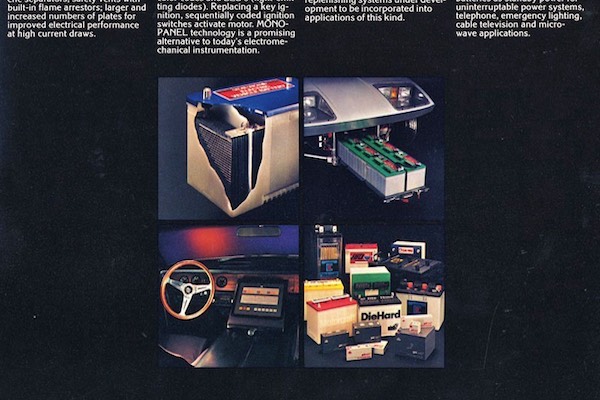 Looking at the Endura’s interior, you should definitely notice some similarities with the Tesla Model S. Sure, the car from the 1970s doesn’t have a touch screen, but the layout of the instruments is very similar. Plus, the centre console of the Endura model is fitted with a primitive display with CRT technology that made it possible to change a variety of car settings.

The Globe-Union Endura never made it to mass production because no investors emerged who wanted to develop the project further. Many potential partners were scared off by the enormous production costs and uncertain profitability, since back then, people were still pretty sceptical about electric cars.

Yet looking at this prototype, we can now understand where Elon Musk took inspiration from for the popular Tesla Model S.