What’s So Special about the Most Expensive Car on Dyler.com – the Ferrari 275 GTB/4

The Ferrari 275 series itself was introduced at the Paris Motor Show in 1964 and was only in production for four years; over that entire time, there were a few modifications of the 275, of which just 970 units were produced in all. The very rarity of the model itself is one of the reasons why it will never be cheap. However, not all rare cars go for two million euros, right? In fact, the Ferrari 275 is considered to be one of the most famous Ferraris ever, and Motor Trend Classic named it one of the three greatest Ferraris of all time. The rounded lines designed by Pininfarina and the 12-cylinder engine... That’s one combination that beats any Testarossa. 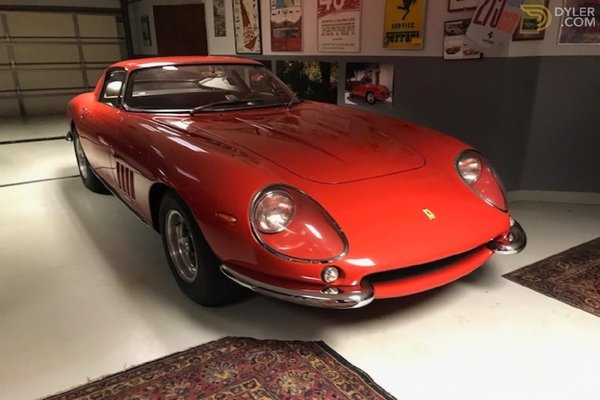 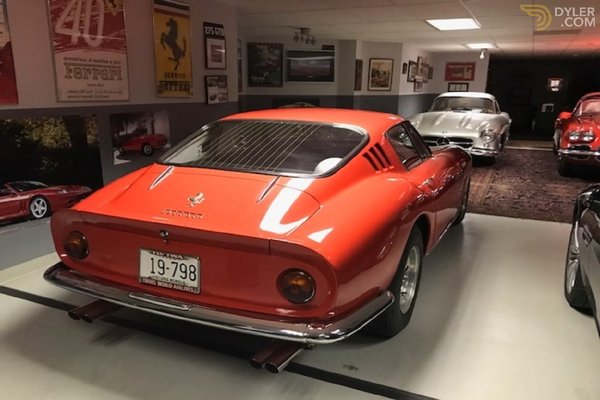 By its origin alone, the 275 deserves a high price in ads. The 275 series was developed as the successor to what was probably the most “Ferrariest” model of all – the Ferrari 250. But its design quickly became outdated, and old Enzo couldn’t allow himself to fall behind the times. So the 275 wasn’t just a new body on the base of the old model.

Perhaps the most significant innovations in the 275 were the independent rear wheel suspension and the rear-mounted gearbox. And let’s not forget that although Ferrari engines stood out for their power, they were technically quite conservative cars. Among other things, the gearbox and differential were mounted in one block – although Ferrari has already tested this combination in road models, this was the first time that Ferrari introduced the feature in a production model. 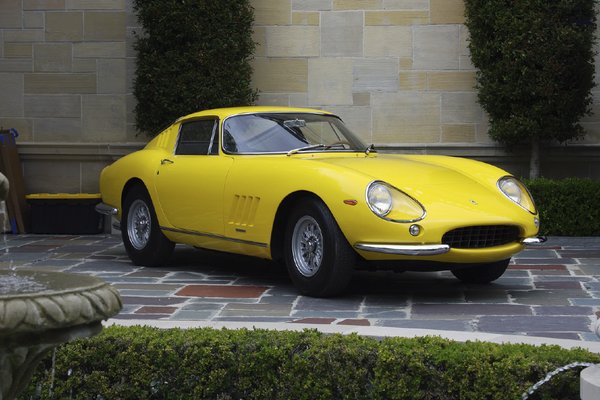 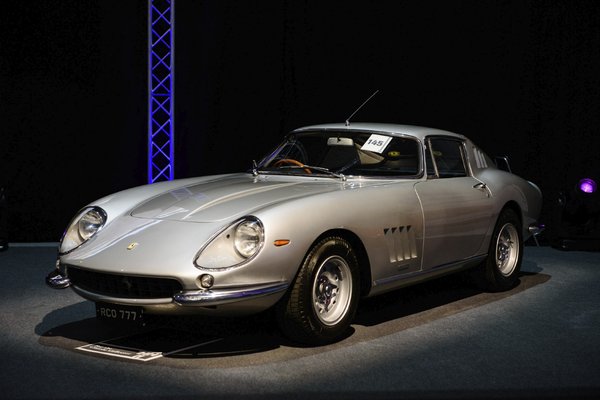 With 280 hp generated by a 3.2-litre V12, the engine wouldn’t be anything to be ashamed of even these days. As for what you could squeeze out of it, you could hit a top speed of 250 km/h. That was a crazy figure for the mid-1960s. And the 275 GTB/4 that is on sale at Dyler.com is ever faster – the engine was “armed” with six carburettors and could produce over 300 hp. Compared to the regular 275, the handling for the GTB/4 was more precise and somewhat more predictable. Over the course of 1968, only 280 GTB/4s were produced, which is another reason why it goes for over two million. Obviously, the pleasure of driving a GTB/4 is the same as with anything made by Enzo – it behaves perfectly on the road. There’s a reason why after testing the 275 GTB/4, Road & Track described it as “the most satisfying sports car in the world”. 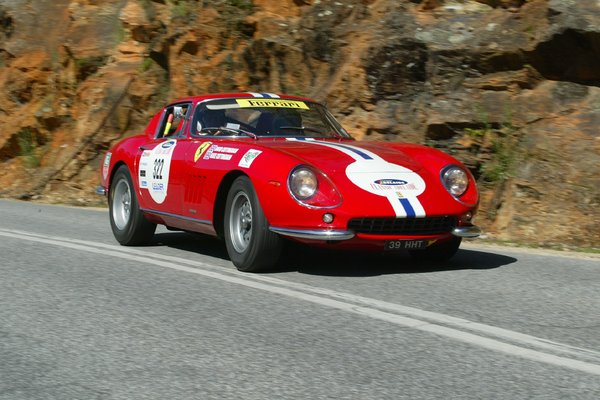 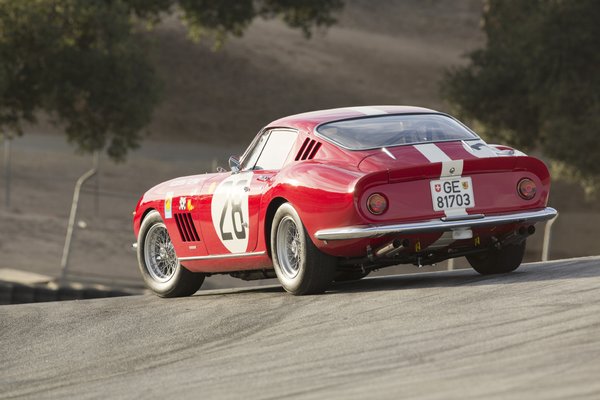 However, the car is special not only because of what’s inside, but also for its design. The 275 looked more modern than the Baroque 250, which was more suitable for driving over to go riding on an expensive trotter than for taking a spin on the race track. The 275 is lower, sharper and most importantly – much more aggressive. The silhouette pressed to the asphalt, the engine cooling grille reminiscent of a mouth hungry for victories, and the glass-encased headlights (a tribute to the 250 GTO). And the body shape itself is somewhat reminiscent of the 250 GTO. It’s not in vain that to this day, the 275 is recognised as one of the best looking sports cars ever – its design was created by Pininfarina, and the bodies were built by Scagllieti.

And you were really in luck if you nabbed a 275 with an aluminium body – you could sometime come across these models, but they were extremely rare, with the majority being made of steel with just a few body parts (like the doors) made from aluminium. The huge panoramic windscreen was a nod to the fashion of the time, when the influence of Detroit design was much stronger than it is today. And the 275 GTB/4 was also the first Ferrari to be sold without wire wheels – it’s strange that Enzo, with his conservative views, allowed an idea like this that was sure to scare off older buyers. But it didn’t scare off buyers and the value of 275s is constantly only going up. 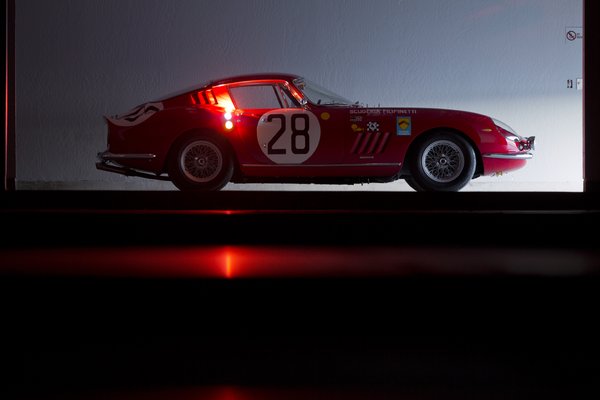 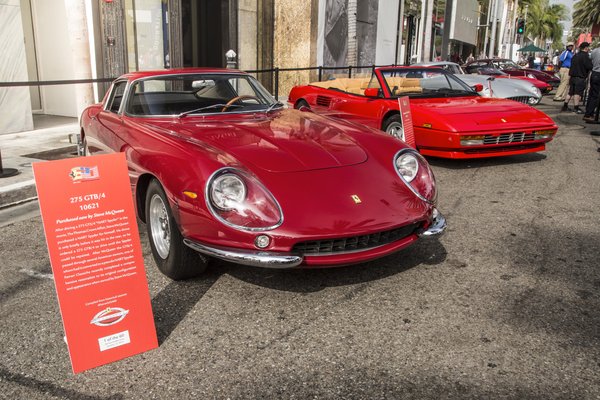 With all that in mind, two million for a 275 GBT/4 is a completely logical price. Especially since compared to other 275s, it’s actually rather...low. The 275 GTB/4 N.A.R.T. Spyder is continually ranked among the top ten most expensive cars sold in the world. The 275 on Dyler.com has a long way to go before it makes it to that record. In August 2013, a 275 GTB/4 N.A.R.T. Spyder sold for 27.5 million dollars at auction in California. But that shouldn’t come as a surprise. Cars like that aren’t bought as a means of transport or even as a unique piece from one of the most famous brands in the world. They are bought as a masterpiece that will stand in your garage like Michelangelo’s David. And that in 20 years or more, you’ll sell for a lot more than you paid. Just like the 275 GTB/4 on Dyler.com that someone will pay over two million euros for!