This Week in Cars: These Five Affordable Classic Cars are All About ‘La Vita Bella’ as We Pay Homage to the Great Italian Design Houses 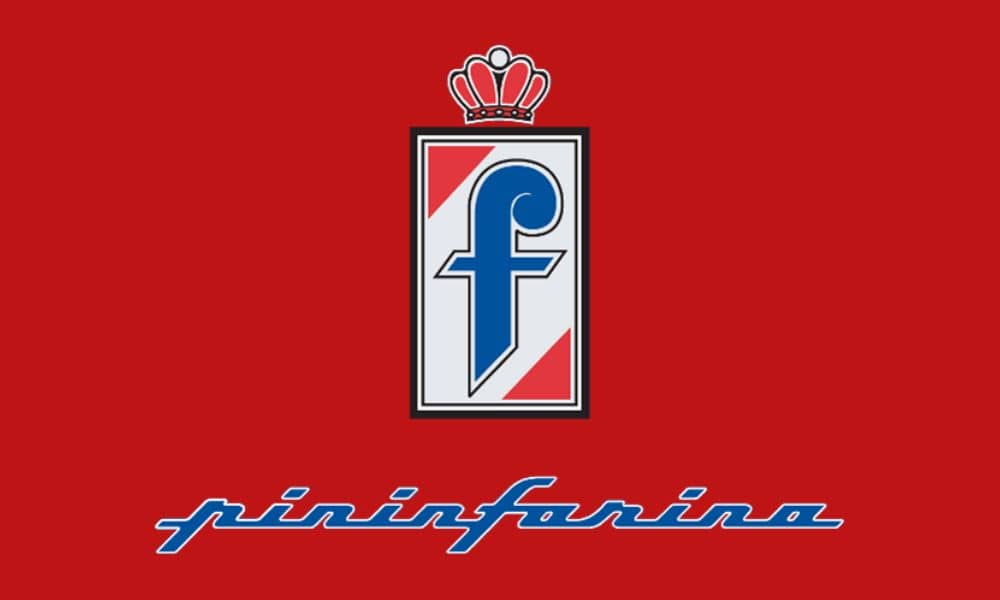 In our latest long read, we kicked things off with the all-new, limited edition Ferrari P3 Daytona - a gorgeous thing, but something way beyond our budget...

Bear with us here, because we all know that Italy reigns supreme when it comes to car design. However, not exactly many Italian classics from its great design houses - Pininfarina, Zagato, and Bertone - are erm… “wallet friendly”.

At Dyler, we have over 20,000 cars listed for sale, and that got us thinking - a classic car doesn’t have to be expensive to be desirable, so why not list five Italian classic cars that won’t have you calling your bank manager for an overdraft extension or a remortgage... 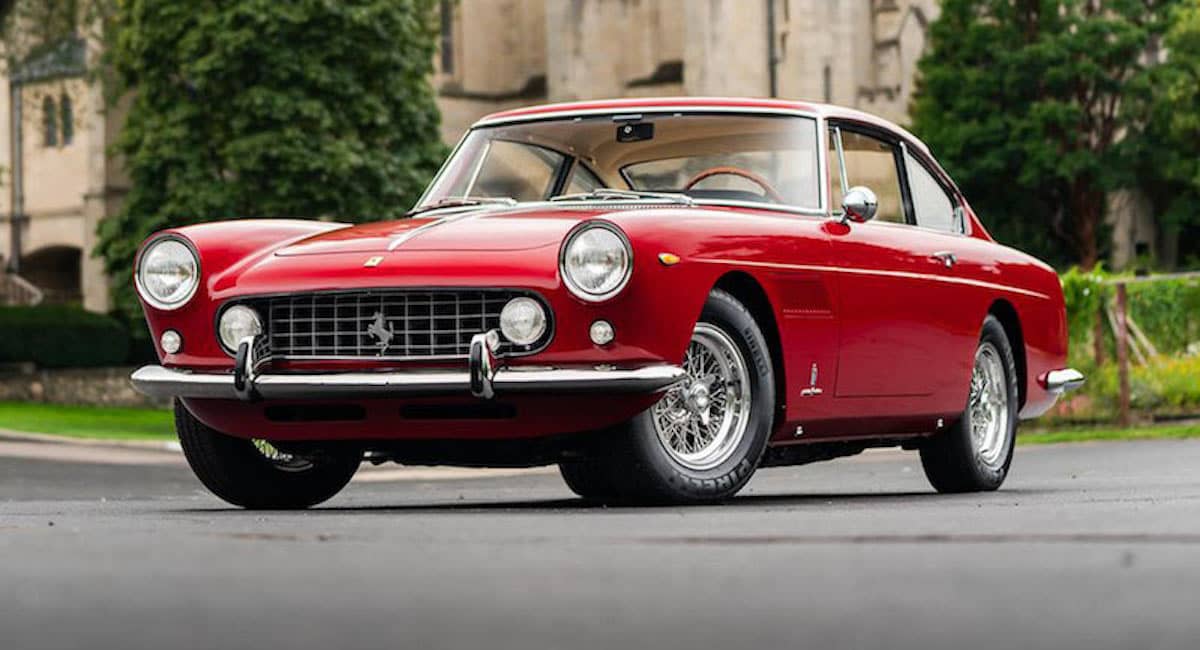 ... so that’s exactly what we’ve done with this latest edition of This Week In Cars!

Now whilst none of these Italian thoroughbreds are exactly entry-level car money, they aren’t Ferrari 275 GTS or Lamborghini Veneno levels of cash.

Putting this story together for you was a pleasure, simply because modern car design isn’t - for the most part - enjoying its finest era right now. We hope this story is a reminder that more often than not, “less is more”.

Have a great weekend, and drive safely! 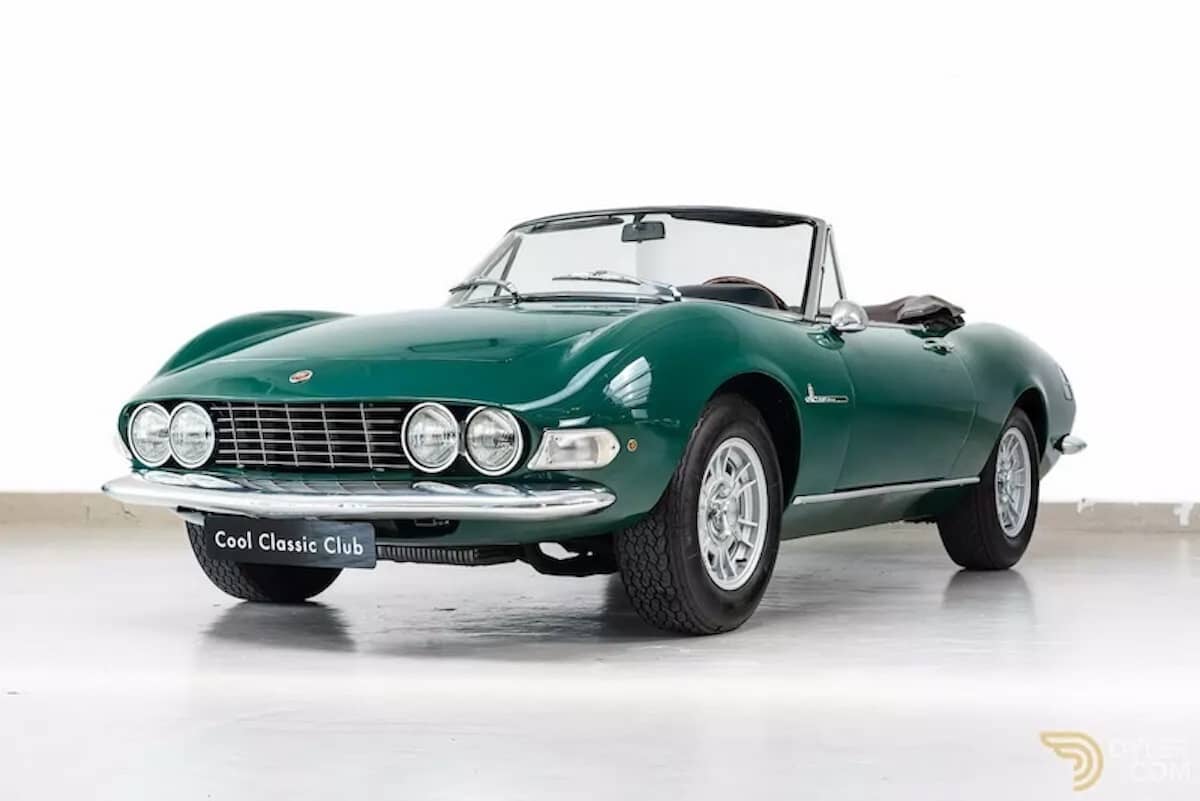 The FIAT Dino is a thing of beauty, isn’t it?
© Cool Classic Club

Not to be mistaken with the baby Ferrari with the same name, there are not many cars that possess as much natural elegance as the FIAT Dino. The Dino was a front-engine, rear-wheel-drive sports car made by the Turin-based carmaker from 1966 to 1973, and was available as either a two-door coupé designed by Bertone, or a two-door convertible penned by Pininfarina. Both, I’m sure you’ll agree, are very nice. Both variations of FIAT’s sports car were powered by the Ferrari V6 Dino engine, which was named in memory of Enzo Ferrari’s son. The 2.0L Dino motor produced 158bhp, whilst the larger 2.4L unit introduced in 1968 was good for 178bhp. Alongside being insanely pretty, the FIAT Dino was clever - it had an all-steel unibody construction, an aluminium boot, and the later 2400 models shared their disc brakes with Italian supercar royalty including the Lamborghini Miura and the DeTomaso Pantera. From December 1969 onwards, all Dinos were also made at the Ferrari factory in Maranello, and out of all the 7,803 Dinos produced, just 26% of them were the stunning Spider you see here. 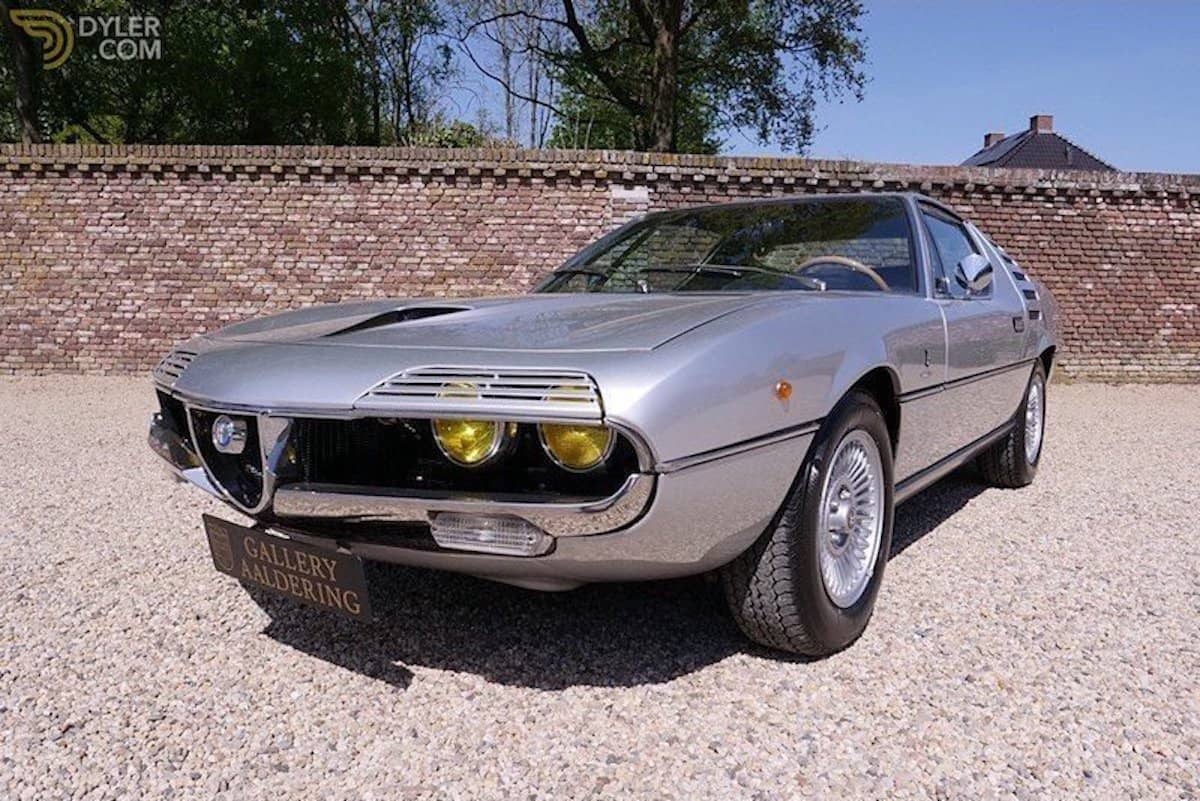 With its brawny Pininfarina design, and an owl-like front end thanks to an eye-catching pair of slats atop its headlights, it’s fair to say that we’re big fans of the Alfa Romeo Montreal. In fact, we’d go as far to say that it’s our favourite Italian classic to be born from Marcello Gandini’s studio. Produced from 1970 to 1977, the Montreal was Italy’s muscle car. Powered by a 2.6L cross-plane V8, which sent almost 200 Italian horses through the rear wheels, the Montreal showcased Alfa Romeo and Gandini at their brilliant best thanks to the car’s long, sloping hood, and its squat rear-end. What’s more, the Montreal’s side profile was earmarked by six slats on the C-pillar which apparently served no purpose at all apart from to look good and turn heads… which the big Alfa did, and still does. With a price tag of £5,077 upon launch date, the Montreal was also more expensive than the Porsche 911 and the Jaguar E-Type… and that begs the question - which one of these three ‘70s classic cars would you add to your collection? 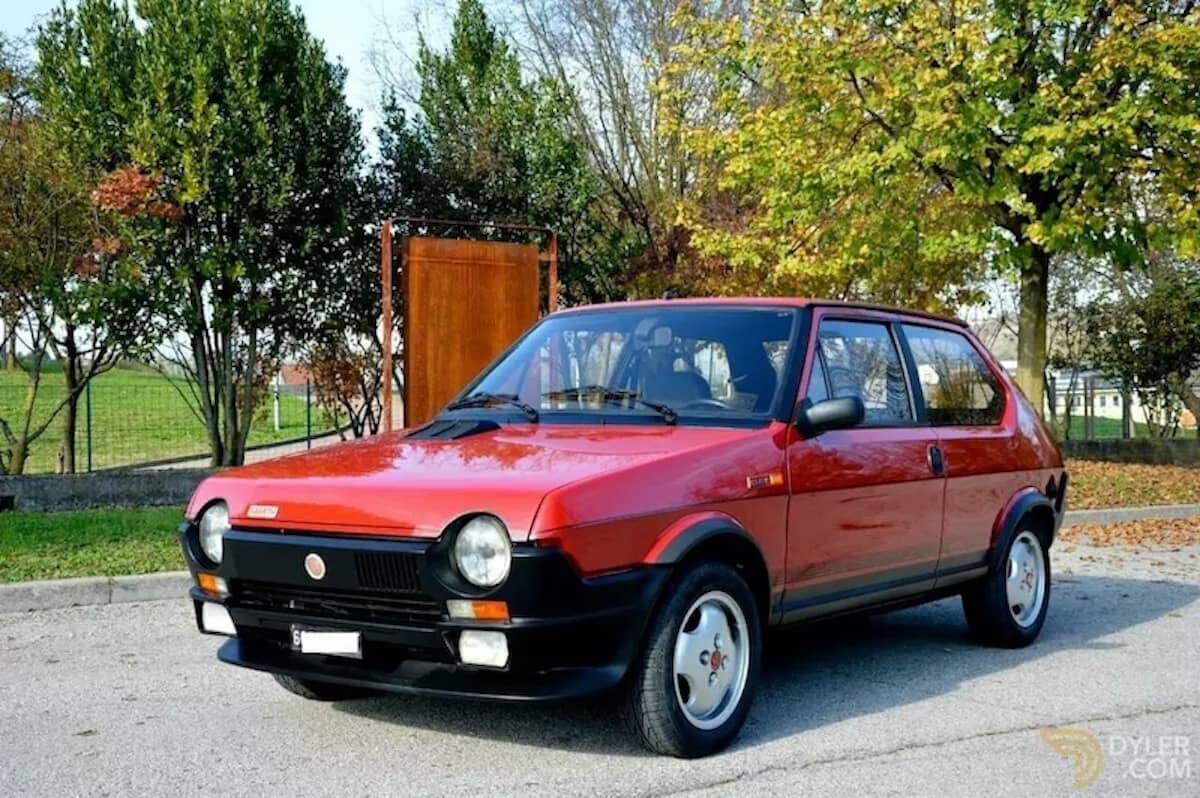 Italy’s riposte to the Volkswagen Golf - or ‘Rabbit’ if you’re American - the FIAT Ritmo was introduced in 1979 and over the course of its 10-year-life cycle, almost 2,000,000 were made. The car you see here is the spicy Ritmo Abarth 125 TC, which launched in 1982 and Turin aimed it firmly at the Golf/Rabbit/Delete as Applicable GTI. Packing 125bhp from it’s 2.0L engine, the Ritmo Abarth was good for a top speed of 120mph, and whilst the Golf/Rabbit/Delete as Applicable GTI is widely considered to be Hot Hatch Zero, the Ritmo has VW’s pocket rocket - and pretty much any other its contemporaries - well and truly licked in the performance department. 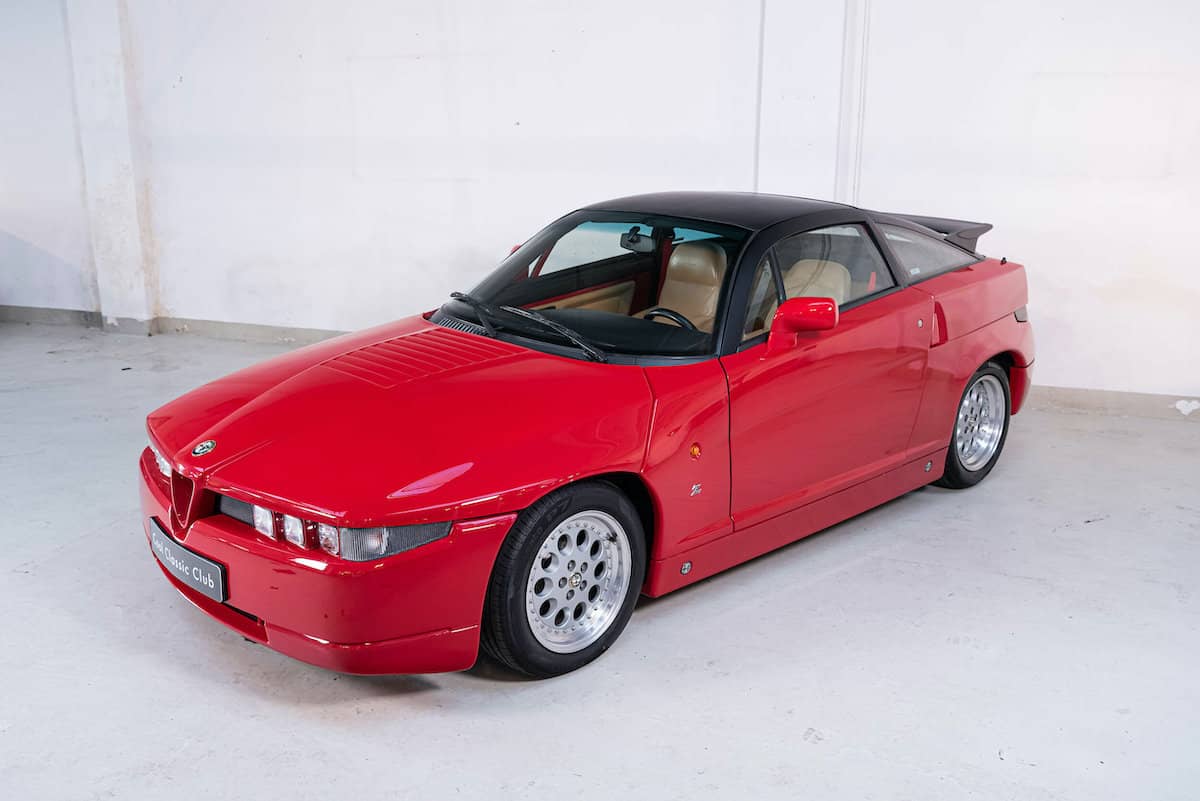 One of the first Alfa Romeo cars to be designed with CAD, the SZ is one of the most sought after modern classic cars from Turin
© Cool Classic Club

The Alfa Romeo SZ is yet another example of what happens when Alfa Romeo and Zagato come together and create something truly lovely. Launched as a collaboration between Centro Stile Zagato, Centro Stile Alfa Romeo, and Centro Stile FIAT, the SZ was a high-performance sports car produced in limited numbers - around 1,314 of them were made - from 1989 to 1994. Based on the Alfa Romeo 75 compact executive car, the SZ was built at Zagato’s factory in Rho. Its wedgy design was driven by Zagato and Alfa Romeo’s early adoption of computer-aided design and manufacturing. Alongside its distinctive style, the SZ won the hearts of Alfisti thanks to its roarty, 3.0L 12-valve V6. Lovely. Simply lovely. 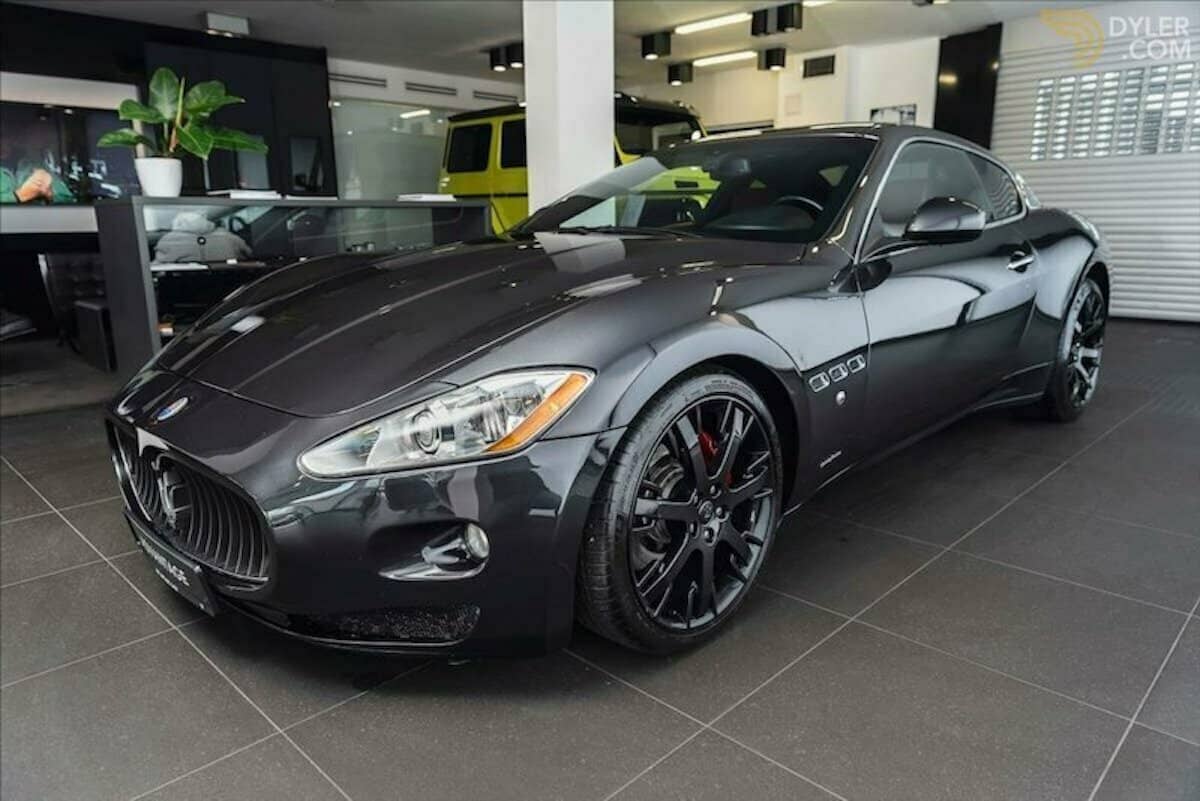 Designed by Pininfarina’s Jason Castriota, the Maserati GranTurismo was Modena’s flagship GT from 2007 to 2019. The GranTurismo S model - the one you see here - was the “comfortable performance” version, which sat above the entry-level GranTurismo. One of Maserati’s most beautiful creations ever, the GranTurismo S shared its howling V8 with the Alfa Romeo 8C, and at the time of its launch, it was the most powerful road-legal Maserati ever with a top speed of 183mph and a 0-62mph time of 4.9 seconds. Interestingly, the Maserati GranTurismo is the most quickly-developed car in automotive history after going from design to production stage in just 9 months.