Good news! Ferrari recently announced that it re-opened the doors of its Maranello factory, and full production will recommence on May 8th after months of COVID19-induced lockdown.

Amidst the global pandemic, Ferrari also managed to record a 7% jump in shares after posting better-than-expected over the course of the first quarter of 2020.

Despite shutting down its factory as a safety precaution against COVID19 in March 2020, Ferrari’s total shipment of cars increased by 5% to 2,738 vehicles and its revenue fell by 1% to $1.02bn - a significantly higher value than the $852mn predicted by financial analysts.

Ferrari now has a market capitalization of $29.8bn, which puts it ahead of the $29.3bn recorded by General Motors and the $19.2bn market cap recorded by Ford.

With a good week for one of the world’s best-loved manufacturers in mind, we’ve put together a list of 10 of the most expensive road and race cars to ever be produced by Ferrari…

…And yes, it does include the most expensive Ferrari ever to be sold at auction. 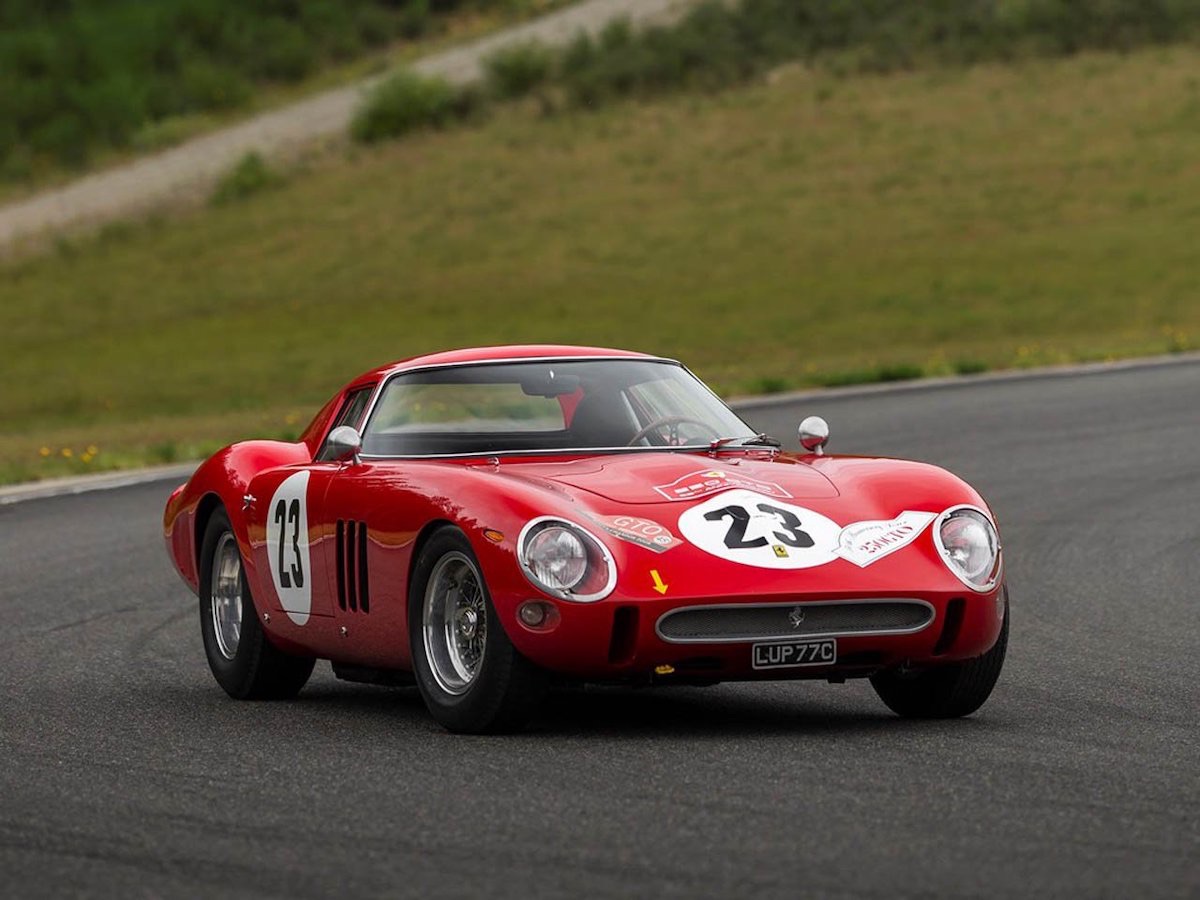 Described by its previous owner as “[a] legendary, historic, holy grail”, this 1962 250 GTO became the not just the most expensive Ferrari ever, but also the most expensive car to ever sell at auction after it reached an eye-watering $48.4m at RM Sotheby’s in 2018. Fast-forward to 2020 and this figure is yet to be beaten. However, experts are predicting that this figure will exceed $100m in coming years for a 250 GTO after it was reported that a similar model sold for $80m in a private sale. 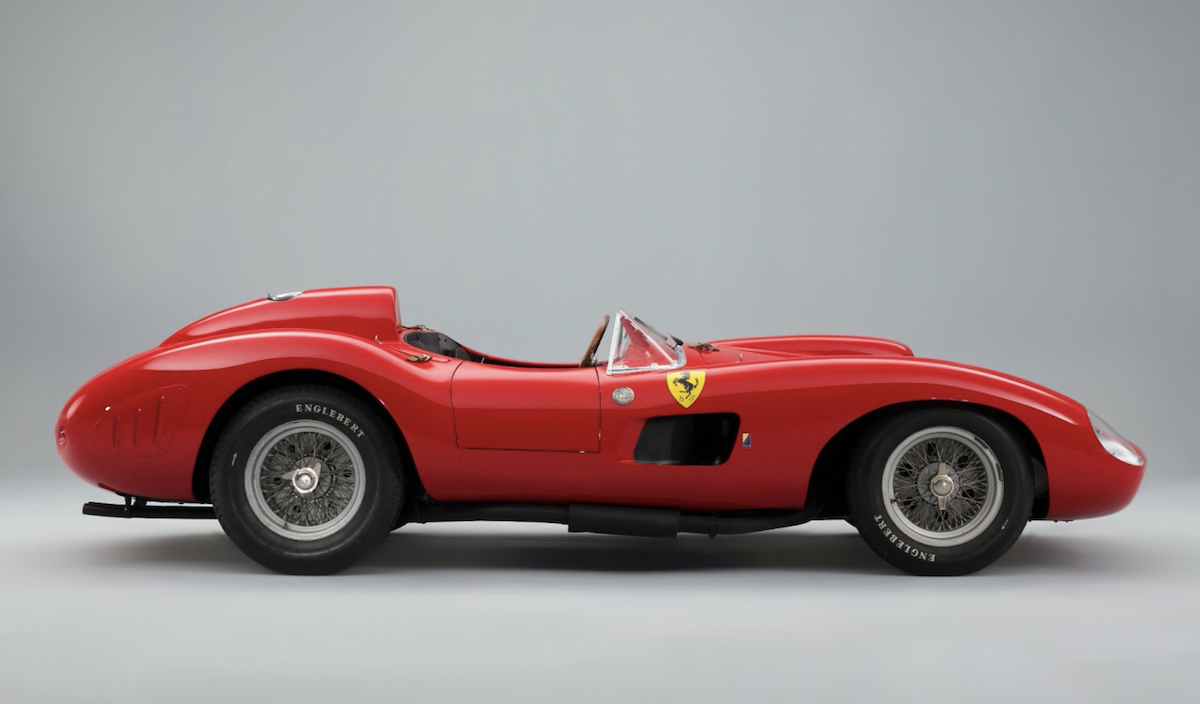 The Ferrari 335 Scaglietti is one of the rarest Ferraris in existence with only four left in existence. In 2016, a 335 Scaglietti driven by Sir Stirling Moss and Mike Hawthorne reached almost $36m at Artcurial Motorcars’ annual retromobile auction in Paris, which at the time, made it the most expensive Ferrari ever. Alongside its racing pedigree, the 335 Scaglietti was powered by a 4.1-litre V12 which produced 190mph. This is fast by 2020 standards, so for 1957, it was mind-bendingly quick. 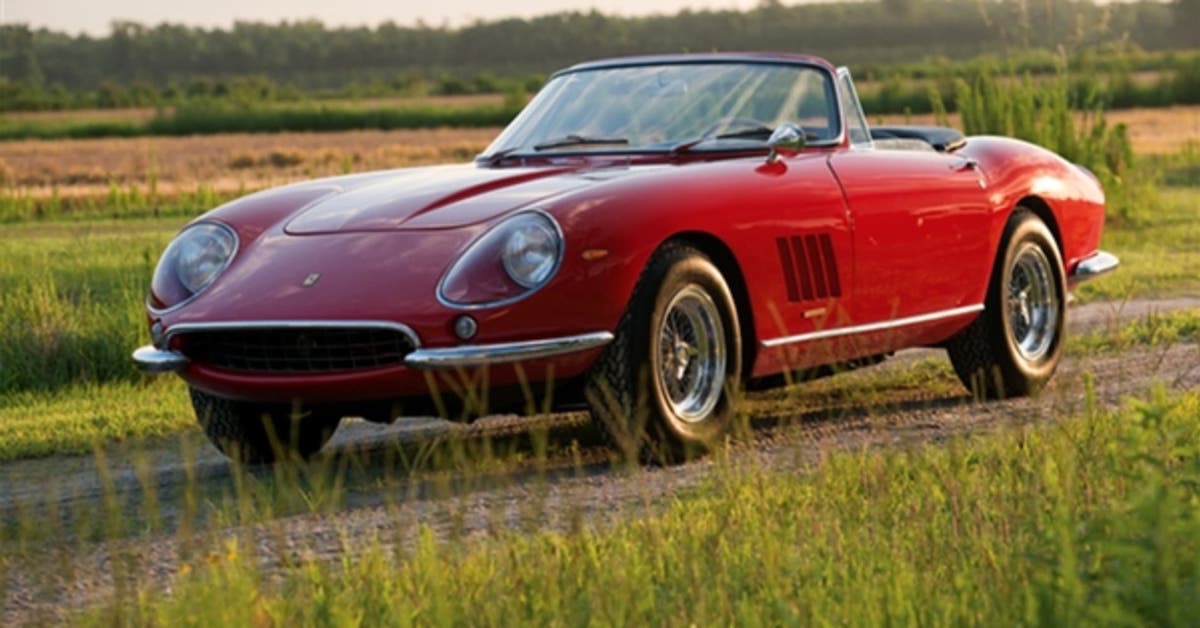 Like all of the road-going Ferraris on this list, the Ferrari 275/GTB 4*S Spyder is an automotive rarity. Only 10 of these were ever produced. The 275 was the result of racing driver Luigi Chinetti - a character we will meet later in this story - making a direct request to Enzo Ferrari to build a drop-top Ferrari more aggressive than its existing 330GTS. After days of negotiation, Ferrari obliged and the V12-powered 275/GTB was born. If you were wondering, the N.A.R.T. moniker comes from Chinetti’s racing outfit, the North American Racing Team 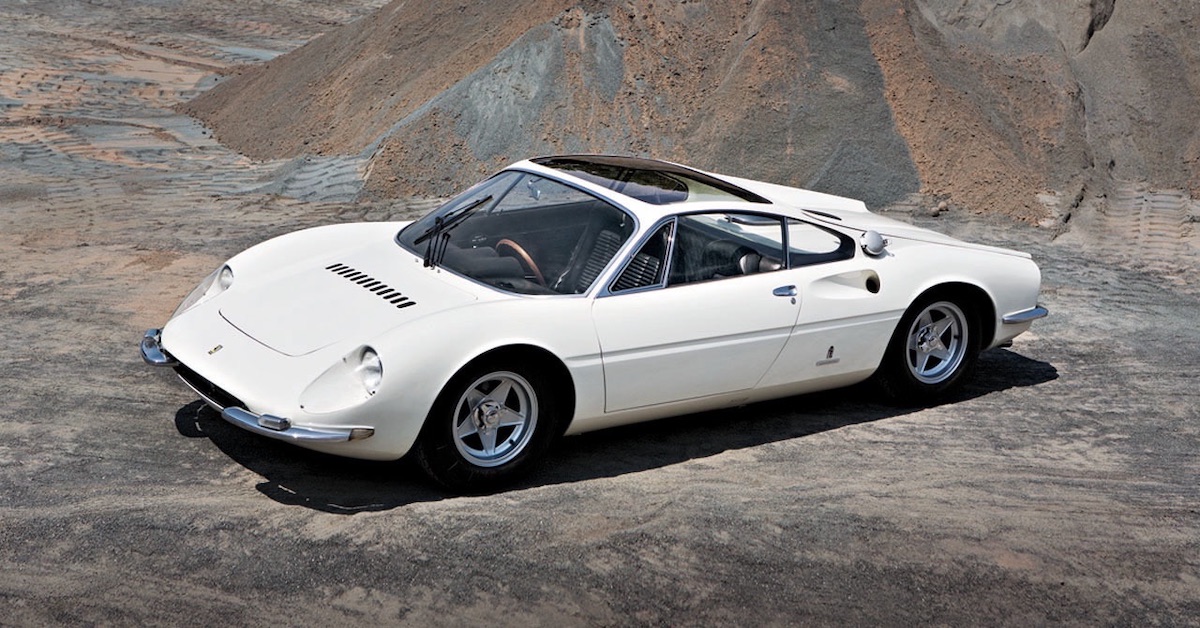 Despite being offered over $23m, the family of Luigi Chinetti refused to sell their Ferrari 365 P Berlinetta Tre Posti Speciale
© Gooding & Co.

The Ferrari 365 P Berlinetta Tre Posti Speciale is one of the rarest and unique Ferraris in Maranello’s history. Only two - yes, two - were produced and the car was best-known for its three-seater layout with the driver’s seat in the middle - this gave way to a popular running joke of having your wife on one side and your mistress on the other. Tre Posti (or “three seater”) was based on one of Ferrari’s then-race car chassis and powered by one of its race division V12s, which gave it a Dino on Steroids appearance. It also made it ridiculously fast. This car was owned by Luigi Chinetti - the race driver who convinced Enzo Ferrari to make him the first Ferrari dealer in the USA. His family refused the $23.5m offered at a 2014 for his automotive rarity. It’s not really hard to see why, is it? 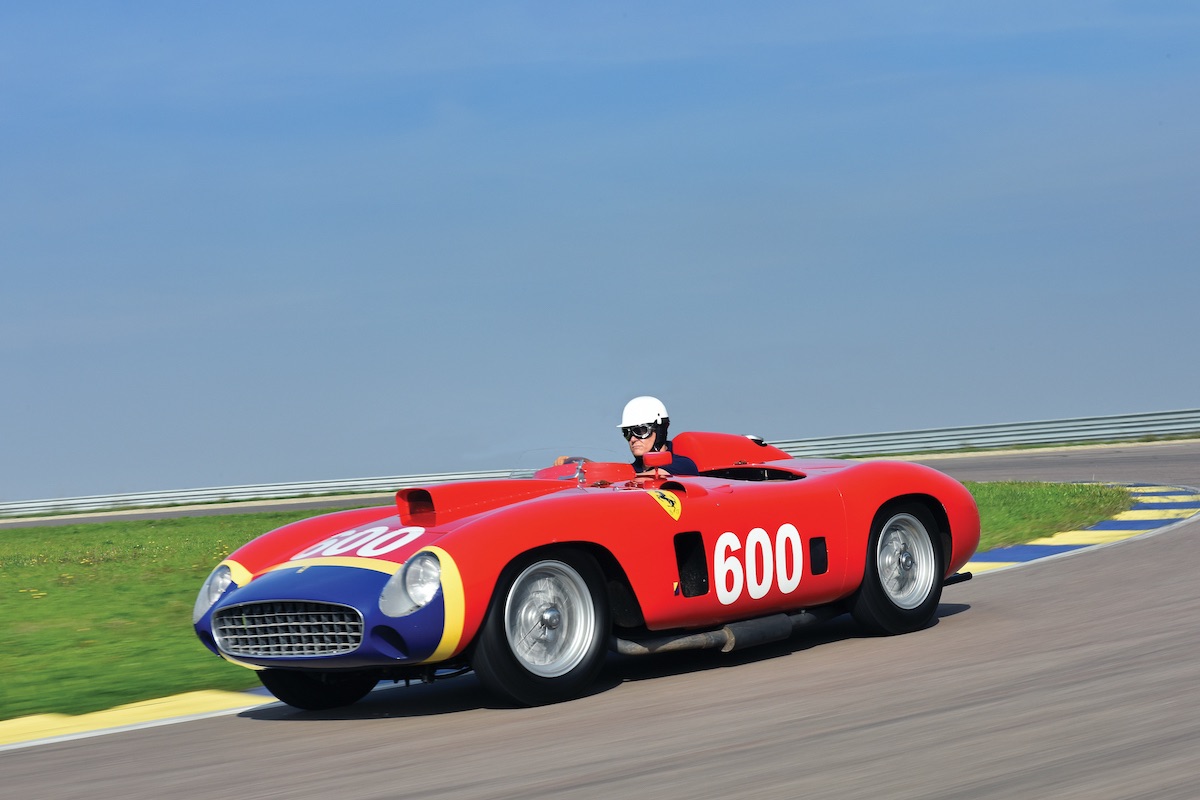 One of the many legendary cars to be produced by Scuderia Ferrari, the 1956 290’s first race was the Mille Miglia where it took victory with Italian Formula 1 driver, Eugenio Castelloti at the wheel. Other legendary race drivers including Juan Manuel Fangio, Sir Stirling Moss, Phil Hill and Wolfgang Von Trips also performed heroics with the 290MM and the car competed in the Targa Florio, Swedish Grand Prix, the 1000KM of Buenos Aires and the Swedish Grand Prix. Factor in that only four 290 Ferrari MMs were built, and that justifies that $22m price tag, right? 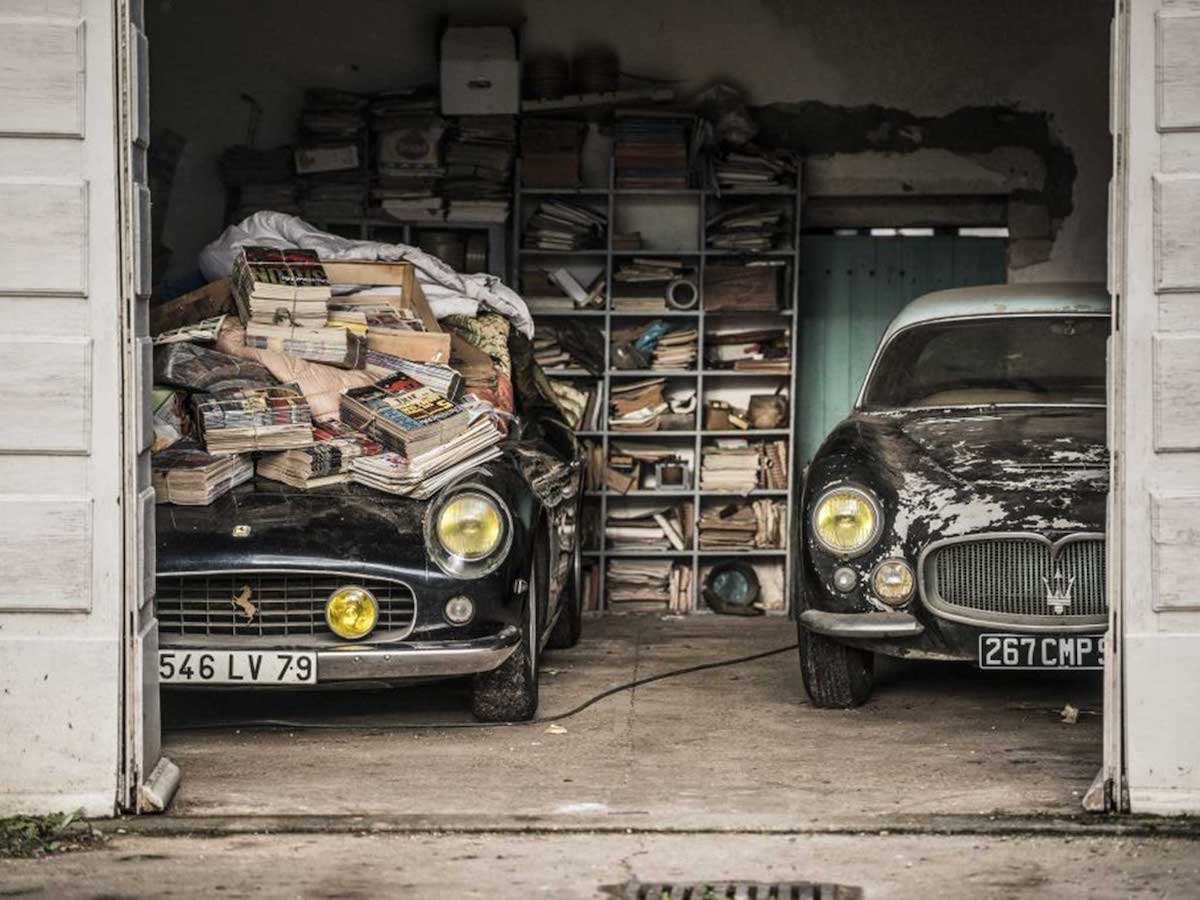 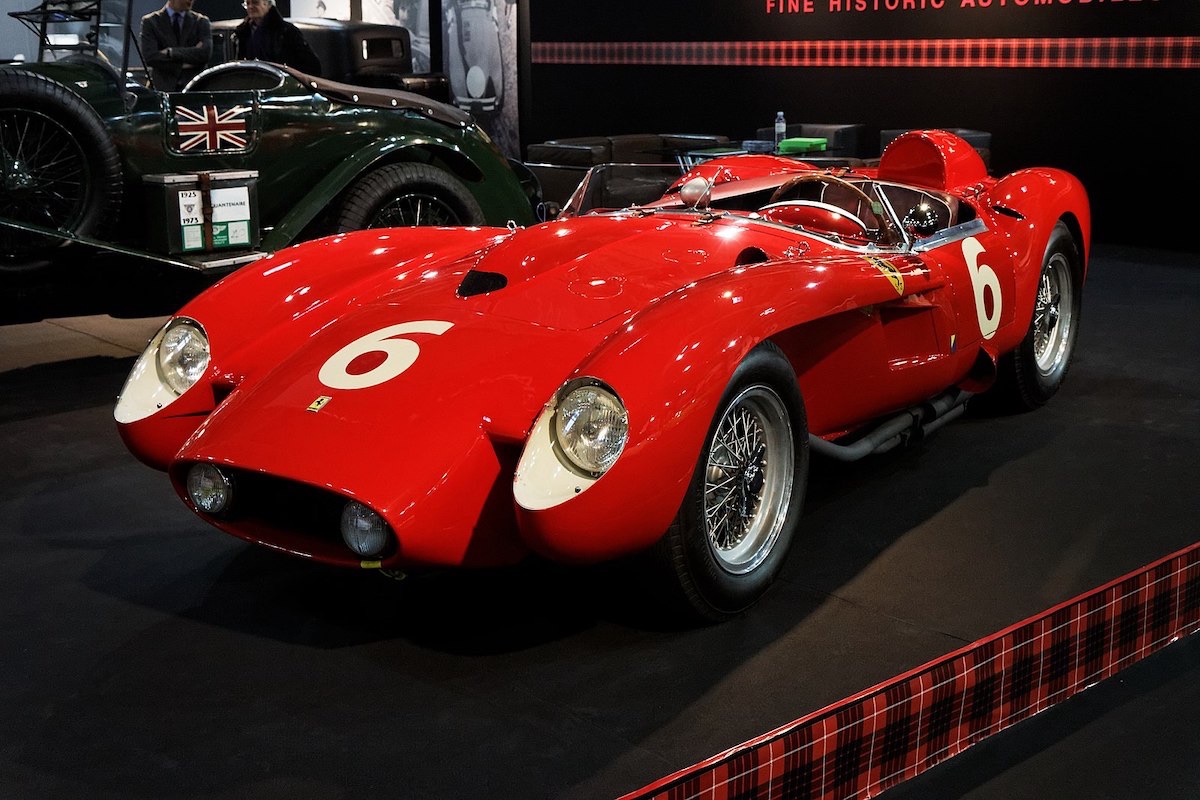 The Ferrari 250 Testarossa was another V12-powered racing car produced by Scuderia Ferrari to initially compete in the World Sports Car Championship. Designed in-part by Carlo Chiti - the engineer who was also responsible for the powerplant in the Alfa Romeo Montreal - the original Testa Rossa won 10 World Sports Car Championship races including three Le Mans 24 Hours victories, a Targa Florio win, top-spot in the 12 Hours of Sebring, and the 1000km of Buenos Aires. Dan Gurney, Phil Hill, Mike Hawthorne and Wolfgang von Trips were all notable race drivers who enjoyed success with the TR before it was replaced by the Ferrari 250P in 1961. 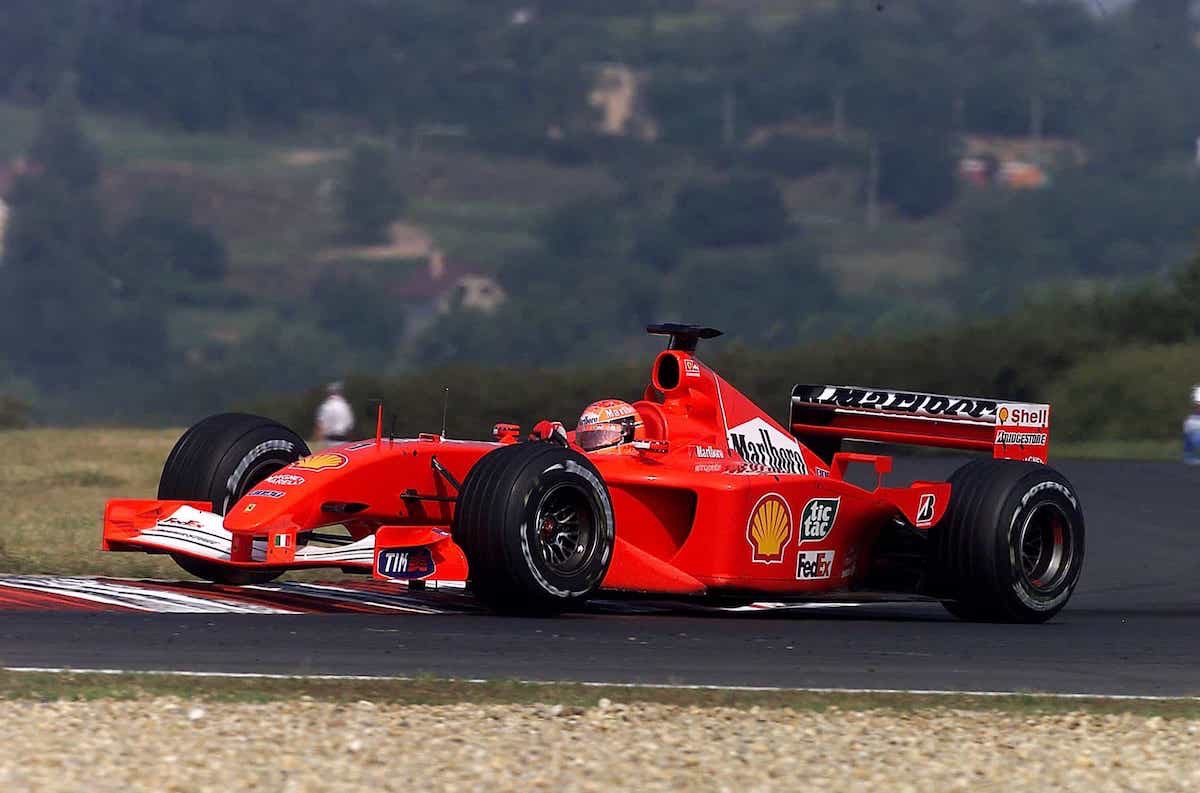 The Ferrari F2001 was the second Ferrari to take Michael Schumacher to his second consecutive Formula 1 World Championship. In 2001, the most successful F1 driver of all time took nine victories behind the wheel of the F2001 on the way to his fourth world title ahead of rivals from McLaren Mercedes and BMW Williams. In 2017, an ex-Schumacher F2001 sold at a Sotheby’s auction for $7.5m despite an original asking price of $2m less. 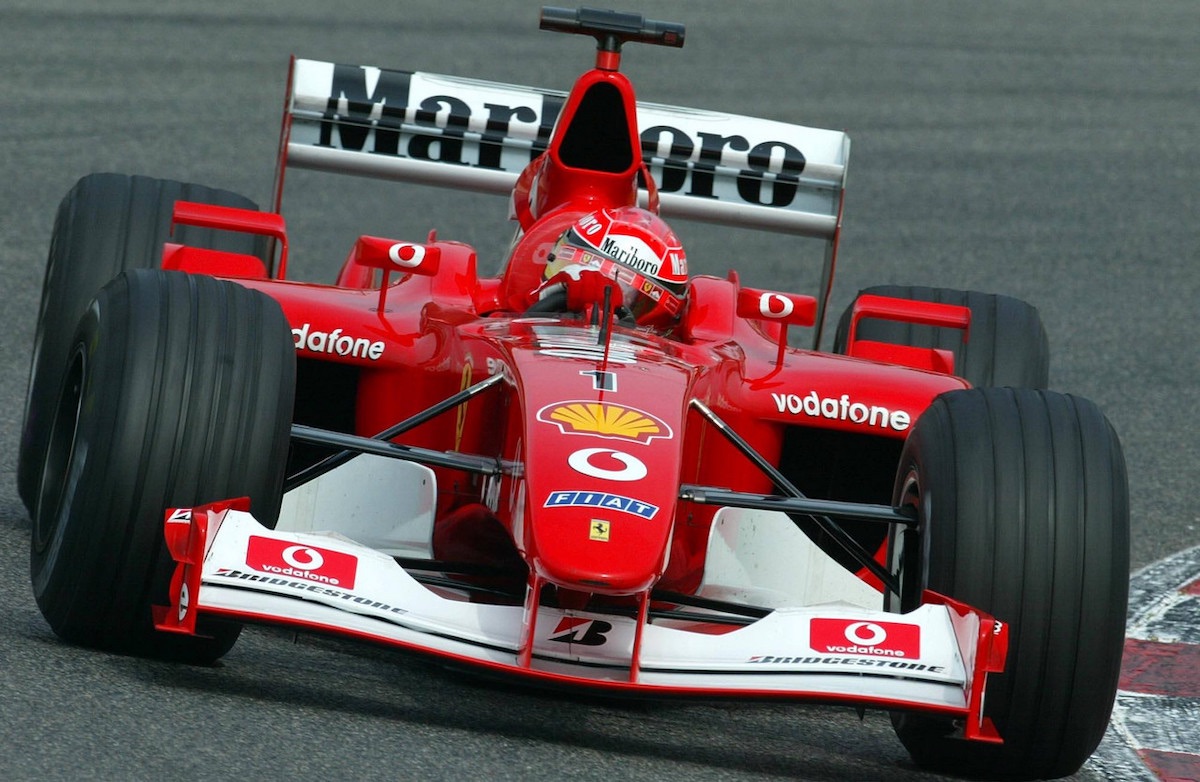 Statistically the most successful Ferrari F1 car of all time and the third most successful car in F1 history, an ex-Schumacher F2002 went for $6.6m at a 2019 Sotheby’s auction. Ferrari’s 2002 F1 car - surprisingly called the F2002 - saw Schumacher and team-mate Rubens Barrichello take 14 wins (10 to Schumacher) from 17 races, with the German wrapping up his fifth world championship just after the season’s half-way point. The F2002 was so good that Ferrari used the car for the first four races of the 2003 F1 season and Schumacher took victory in its final race, the 2003 San Marino Grand Prix. 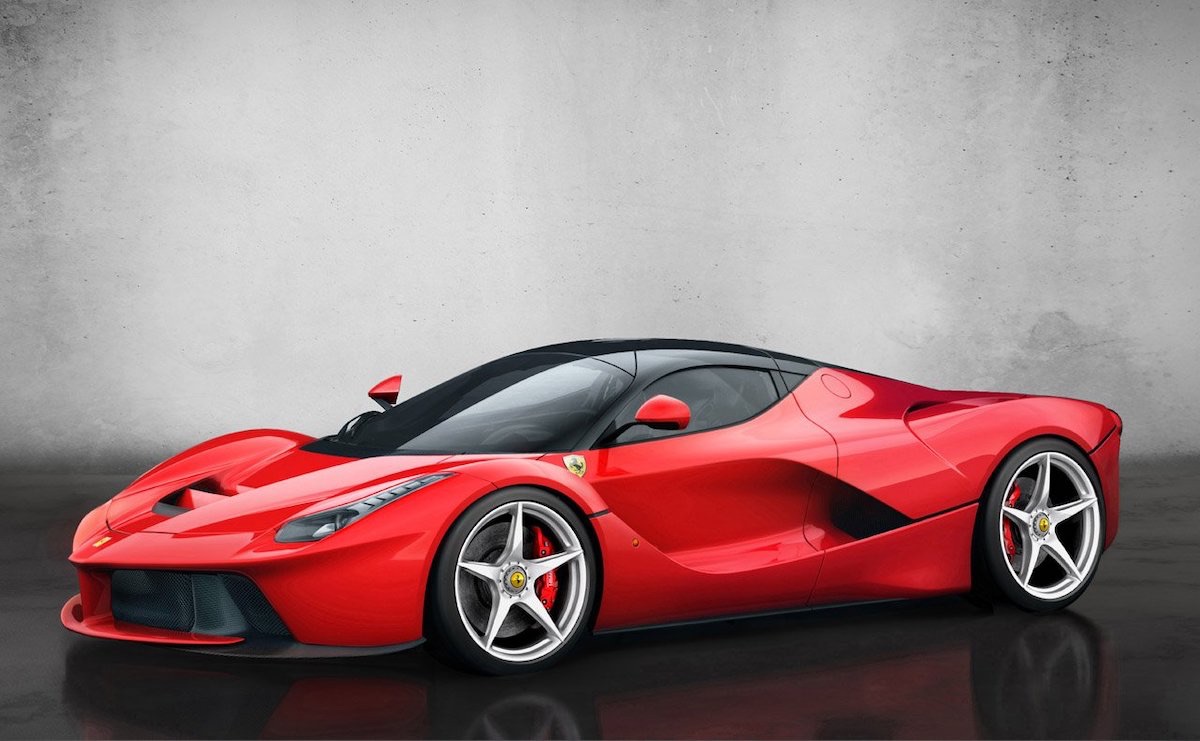 The Ferrari LaFerrari was Maranello’s answer to the hybrid hypercars that emerged during the middle of the 2010s, the McLaren P1 and the Porsche 918. Powered by a naturally aspirated 6.3-litre V12 and a 161bhp electric motor, the LaFerrari brought together the latest hybrid technologies and trademark Ferrari performance. The end result was a carbon fibre masterpiece which produced 950bhp and had a top speed of over 217mph. Ferrari’s flagship won plenty of fans and managed to sell all 500 models despite having a starting price of $1,1m. The later roadster version of the Ferrari LaFerrari, the Aperta, was even more exclusive, with an asking price in excess of over $1.9m. Again, all 210 units sold out.