Ken Okuyama is a true posterchild of meritocracy – through grit and perseverance, he climbed to the mount Olympus of the car industry. At one point, he was the leading force behind Pininfarina, when he spearheaded the design of the mighty Ferrari Enzo. The position did not come easily, Mr. Okuyama had to master the Italian language after perfecting his design skill for years to get it. Other noteworthy mentions from his portfolio include the original Honda NSX, C5 Corvette, and the fifth generation of Maserati Quattroporte (the good looking one). Not a shabby catalogue indeed. But after getting involved with the best names in the business, he came back to Japan to lead a design studio of his own name. Being born in Japan, studied in California and worked in Italy, Ken Okuyama is now combining global influences to design cars like no other.

Besides automobiles, Ken Okuyama’s studio is creating a whole host of objects that improve everyday life, from eyewear to bullet trains. He’s well aware that cars do not exist in a vacuum and the world is full of complex issues that can be solved through design. He even predicts that cars may not be the primary mode of transportation in the near future and is attempting to solve those upcoming challenges. 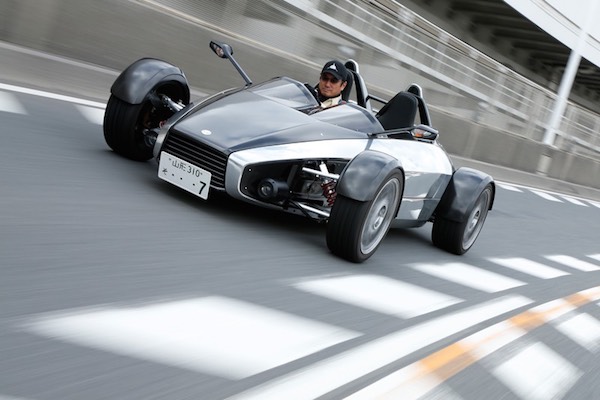 Kode7 was firm’s debut car. It was also arguably the most basic one.
©Ken Okuyama Design

Kode7 and Kode9 had a spot reserved for a Tag Heuer watch.
©Ken Okuyama Design

While Okuyama is driven by all sorts of design, it’s still petrol flowing through his veins. He is now a founder of a carrozzeria that’s building exotic one-offs based on some of the most prestigious supercars out there. The designer firmly believes in the future of such automobile – not used for transportation, but reserved for special occasions and truly enjoyed to its fullest.

In 2008 he presented the kode7, a true barebones racer for the street. But unlike other cars in this category, like Caterham or Ariel, kode7 was conceived with regard to style, not just pure performance. In a true vintage racer fashion, the car needed a chronograph. That is why it received a spot to fit an analogue Tag Heuer Grand Carrera watch. Not many track toys come with this amount of grace and refinement, but there was price for that, $240,000, to be exact. 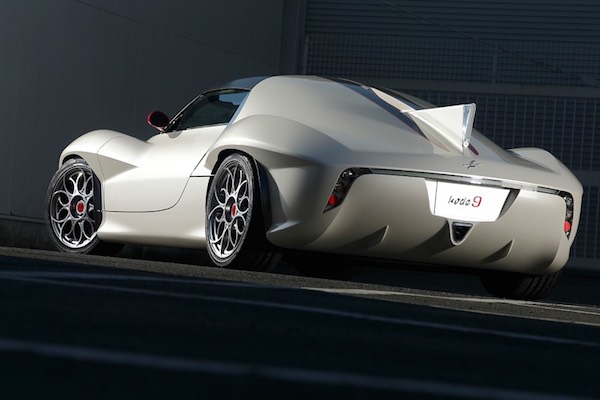 Kode9 was inspired by the D-Type.
©Ken Okuyama Design 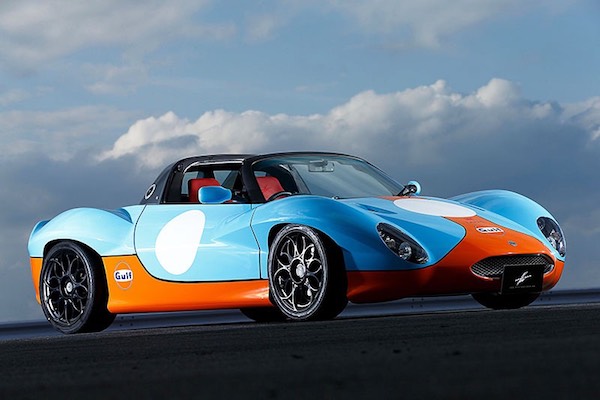 To complement the vintage racing theme, there was a kode9 roadster in Gulf livery.
©Ken Okuyama Design

The second car to materialize from Okuyama’s drawing in his own firm was kode9. This model was not as barebones and received a detachable roof. Just like the predecessor, it was oozing with retro vibes, a combo of European racecars from the 60s like the D-type and Japanese Speed Racer manga. The fusion cuisine approach continued underneath the shell, where one would find a Japanese Honda 2.0-liter motor mated to Lotus-derived mechanicals. 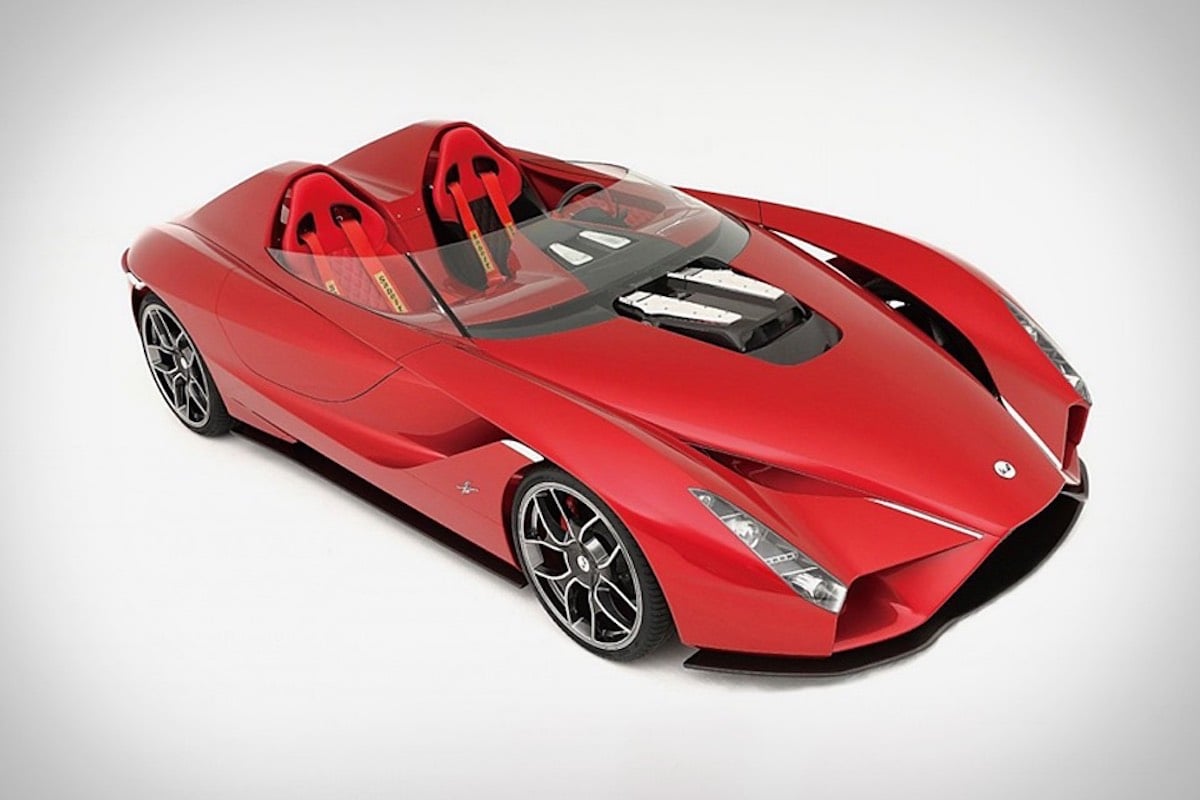 Rather minimal bodywork of kode57 houses the mechanicals of a Ferrari 599.
©Ken Okuyama Design

For his third act, the Japanese mastermind pulled out all the stops. He took the ludicrously fast V12 Ferrari 599 for a base and morphed it into a retro inspired speedster kode57 (you must see a common theme by now). Albeit the car is a nod to the classic cars from Europe, I could swear I see hints of contemporary Japanese car design. 57 in the name refers to 1957, a golden era for racecars according to Okuyama himself. It may have been inspired by those racers of the years gone by, but kode57 is unmistakably modern in most respects. Utilizing a carbon fiber body sculpted into an aerodynamic shape, it uses all of its planes to take advantage of the air passing through. The 6.0 V12 itself was left exposed for the jealous bystanders to ogle at. That is provided they get a chance to do so – only five of these cars have been built for a substantial price of $2.5 million apiece. 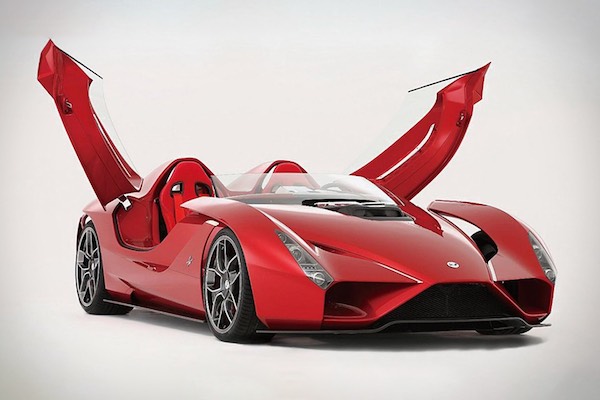 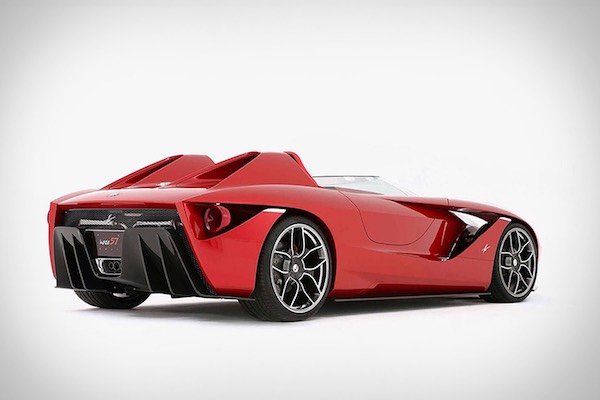 Following no particular numerical order, Mr. Okuyama named his latest creation a kode0. This one has a roof, proper doors and a V12 mounted behind the occupants. Underneath it is largely a Lamborghini Aventador, but on the exterior harks back to the wedge designed cars of the 70s. Compared to the flamboyant design of the Aventador, kode0 is really quite restrained. That being said, it most definitely has the supercar proportions and the car’s potential can be seen from a mile away. If you want one yourself, you must bring an Aventador of yours to Ken Okuyama and then pay $1.5 million to have it transformed. 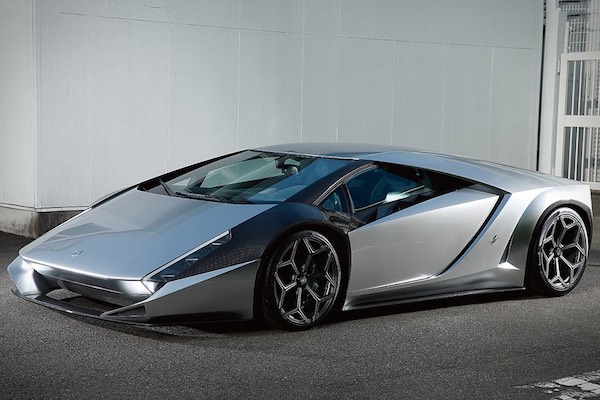 Kode0 is a nod to all of the wedge design cars of the 70s.
©Ken Okuyama Design 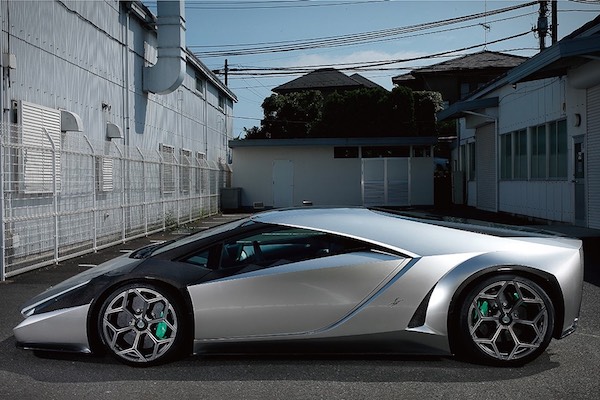 Ken Okuyama is a truly prolific creator that shows no signs of slowing down. A large portion of his works are not automotive-related these days, but I truly believe that he and his team is cooking up yet another retro-inspired driving machine. They do not come about too often, meticulous designing process sometimes takes years. But judging by the man’s portfolio so far, his upcoming creation will definitely be worth the wait.