One of the Most Memorable Photo Finishes in Racing History

This is the story not just about a car that achieved impressive results at Le Mans, but also about the people whose ambitions and focused pursuit of a goal allowed it to enjoy such stunning victories. This is the story of the Ford GT40, which rewrote the chronicle of motorsport.

It all began in 1962 when Henry Ford II announced that his company was withdrawing from the Automobile Manufacturers Association ban on racing and returning to NASCAR. However, this was only a prelude to the really big changes – in March 1963, they announced a new project: preparing a car for the prestigious 24 Hours of Le Mans. Prior to that, no US car manufacturer had ever managed to win at Le Mans, and in those days, even reaching the finish line was an excellent result.

At that time, it was Ferrari that was shining the brightest in motorsport – the Italian company had won Le Mans in 1949 and 1954, and then another six consecutive times from 1960 to 1965. What did Ford come up with? Let's get in touch with Enzo Ferrari and buy his company. It was a bold move, but the plan didn't pan out, even though several million dollars alone were spent in an audit of Ferrari assets. When he got a negative answer at the last minute, Henry Ford II was so furious that he gave his employees a single instruction: "Let's beat Ferrari." This was the embryo of what would later become a legend – the Ford GT40, a name which can be decoded as GT (for Grand Touring) and 40 (the car's overall height of 40 inches).

The first problem was where to produce the new GT. A Brit named Eric Broadley, who was the founder of Lola Cars, came to their rescue and produced three cars with Ford V8 engines based on his own Lola MK6. Ford bought the cars and got to work redoing them according to their own vision. Like most new projects, this too had its problems. Two of the cars crashed during practice in April 1964, and the sole survivor started at the Nürburgring 1000 km race, but ended up being retired. 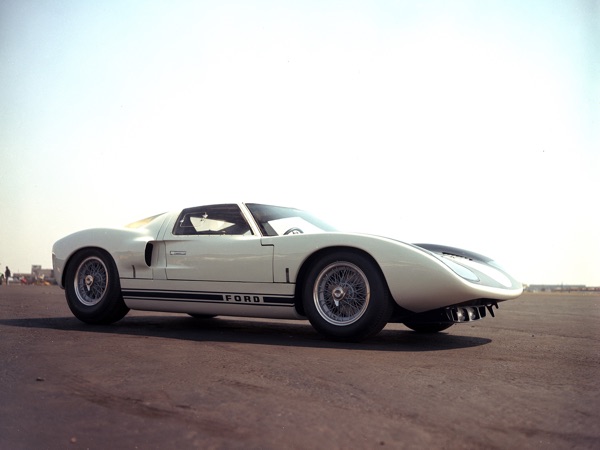 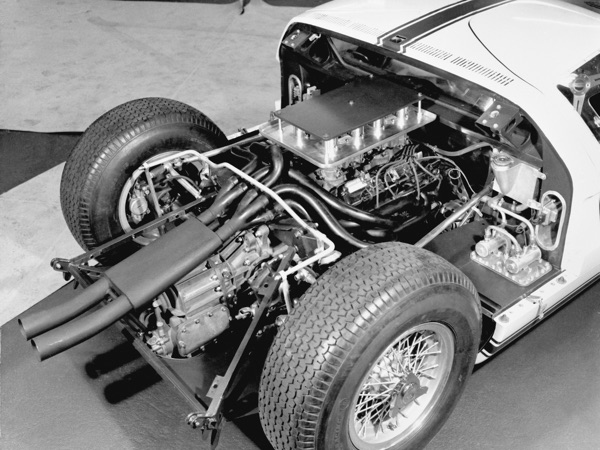 Ford's first attempt at Le Mans was short and sweet – none of the three cars made it to the finish, although one of them did manage to lead for 35 laps and prove that it had some potential. Despite that and several successive attempts to improve the cars, a real breakthrough only came in early 1965 when the project was handed over to the legendary Carroll Shelby and his company, Shelby American, which had previously worked with Ford in manufacturing the Shelby GT350.

The car was improved; it became a bit larger, heavier and more powerful when the 4.7-litre engine was replaced by a 7.0-litre. Thus – the Mark II version, which immediately began to demonstrate promising results. Although the GT40 made its mark at the 1965 Le Mans by breaking the lap record during qualifying in 3:33, the second year at this race still ended the same way as the first.

Preparations for next year's Le Mans began immediately after the 1965 finish, and one of the main conclusions was that the 7.0-litre Ford GT Mark II version was capable of winning, but even more effort had to be put in first. It was decided that in preparation for the 1966 racing season, they needed to have more than one team, so both Holman & Moody and Alan Mann Racing were brought in to join Shelby. After a few chassis, brake system and suspension improvements, one important thing was left unchanged – the engine: although it was modified for racing, it was still essentially the same as in the serial production Ford Galaxies . 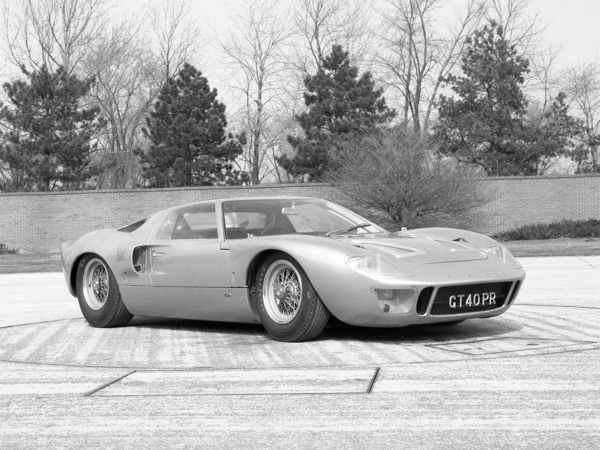 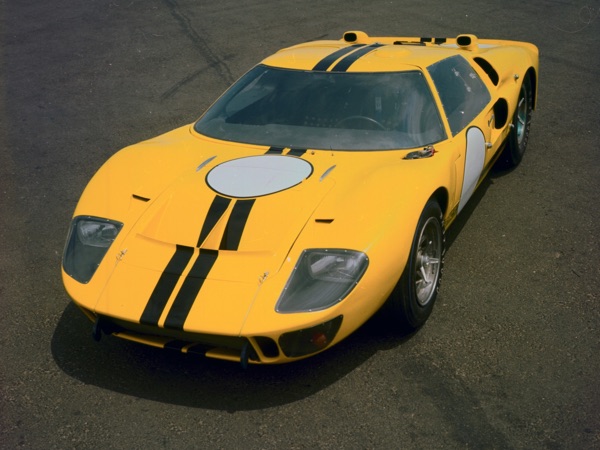 Its first appearance of the year at the Daytona 24-Hour Continental was already a hint that the future was bright – four GT40s finished in the top five! As the decisive test at Le Mans neared, it was decided to take eight cars to the race, as well as seven spare engines and a tractor trailer of spare parts. As time has shown, this turned out to be a good tactic. Five Ford GT40s were retired due to mechanical failures or accidents, but the remaining three spent practically the entire race in front. 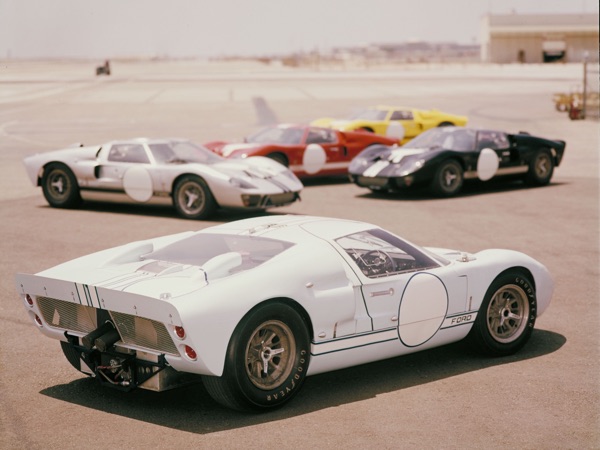 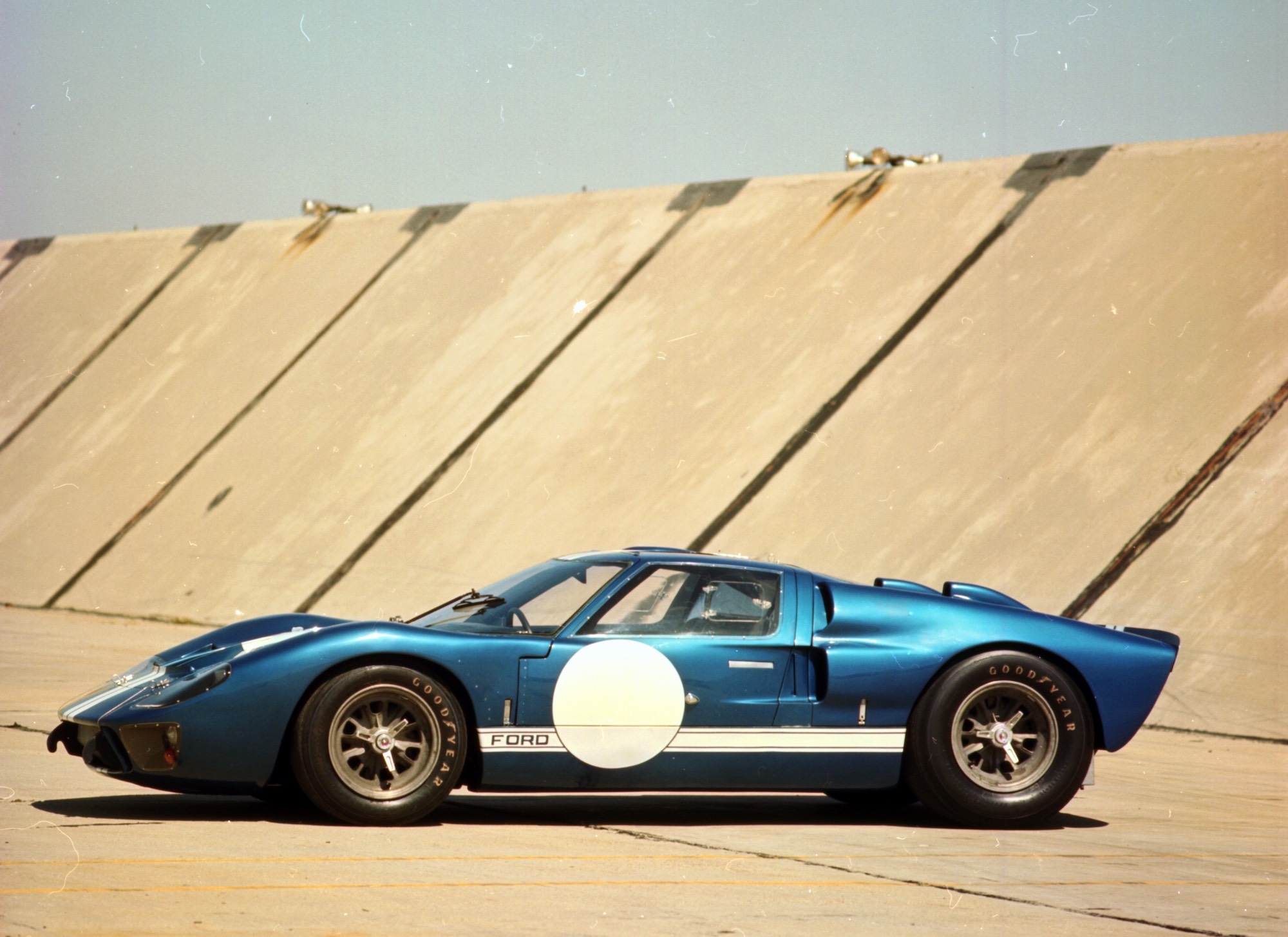 As the end of the race drew near, the Ford team suddenly decided to do what had never been done before – have the lead cars finish together. This was the brainchild of Ford PR flack Leo Beebe who, as it turned out later, had two reasons for this: first, it would have been the first time that several drivers shared the victory, so all of the glory would have gone to the Ford GT40 instead of the drivers; and second – it was a great photo op.

Obviously, the drivers weren't thrilled about this – especially Ken Miles, who was in the lead – but for the sake of the project, he slowed down and allowed the other two to catch up. It was a historic photo finish and an inimitable 1-2-3 Ford victory. For Henry Ford II, it was also sweet revenge – Ferrari's best car that year only finished in eighth. 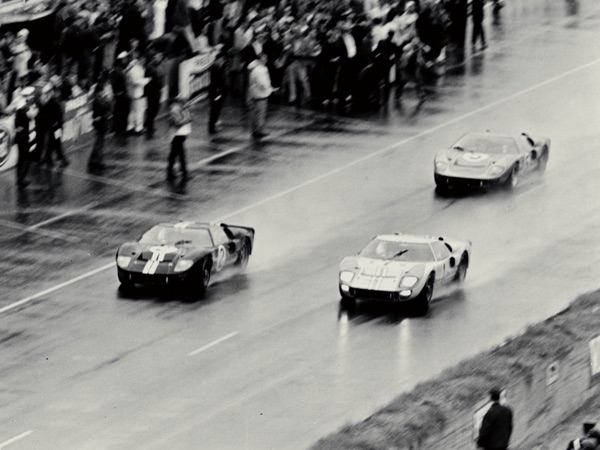 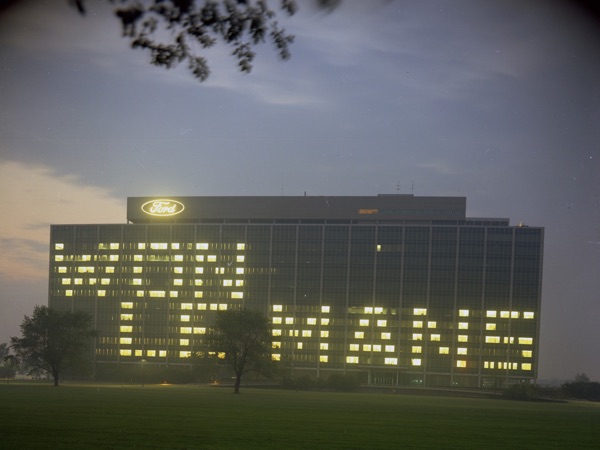 However, while Ford was strategizing the finish, they forgot one of the key rules at Le Mans: the winning car is the one that travelled the farthest on the track. In view of the fact that the team of Bruce McLaren and Chris Amon had started eight metres behind Ken Miles and Deny Hulme, they were declared the winners. The team of Ronnie Buckum and Dick Hutcherson were left in third. 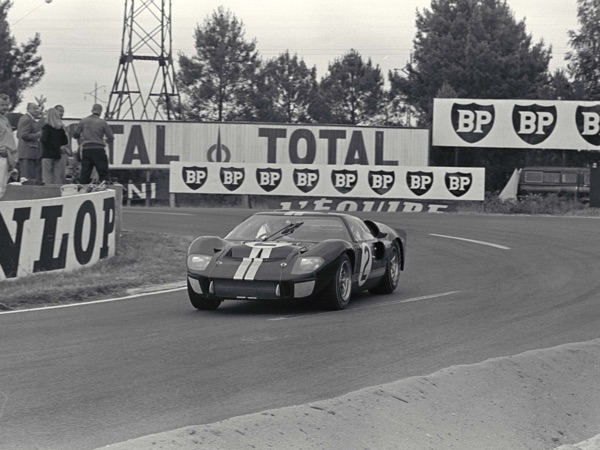 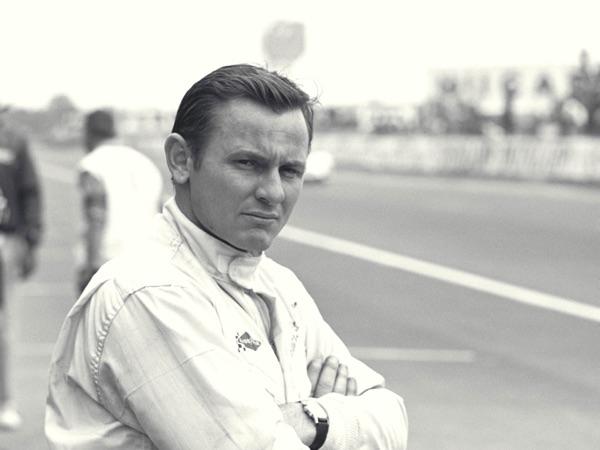 Victory champagne was sprayed at the Ford camp for another three years in a row – they were the fastest at Le Mans in 1967, 1968 and 1969. Interestingly, in 2016 – 50 years after the 1966 triumph – the Americans decided to repeat their historic achievement. And they succeeded, even if they did have to settle for a victory in the LMGTE Pro category. This time they brought a completely new Ford GT to Le Mans, with Sébastien Bourdais, Joey Hand and Dirk Müller taking turns behind the wheel. It is symbolic that just like 50 years ago, Ford again had to battle it out with Ferrari for the title in this category, and the Italians ended up second. Incidentally, they weren't far from repeating a 1-2-3: one other Ford GT made it to the podium, and the other two came in fourth and ninth.