Most stories about supercars are told as if they were about heroes who saved the world. The story of the BMW M1 is different – this project faced difficulties from the very start, and it was very close to not being implemented at all.

The M1 is referred to as one of the most unique models in the history of BMW. A total of 453 of these cars were produced in 1978-1981, of which 399 were street-legal and the rest were designed for racing. Given such small numbers, it’s not surprising that the BMW M1 is now regarded as a collectable. Purchasing this model is not easy due to the limited supply, and the average price is USD 500,000–600,000. 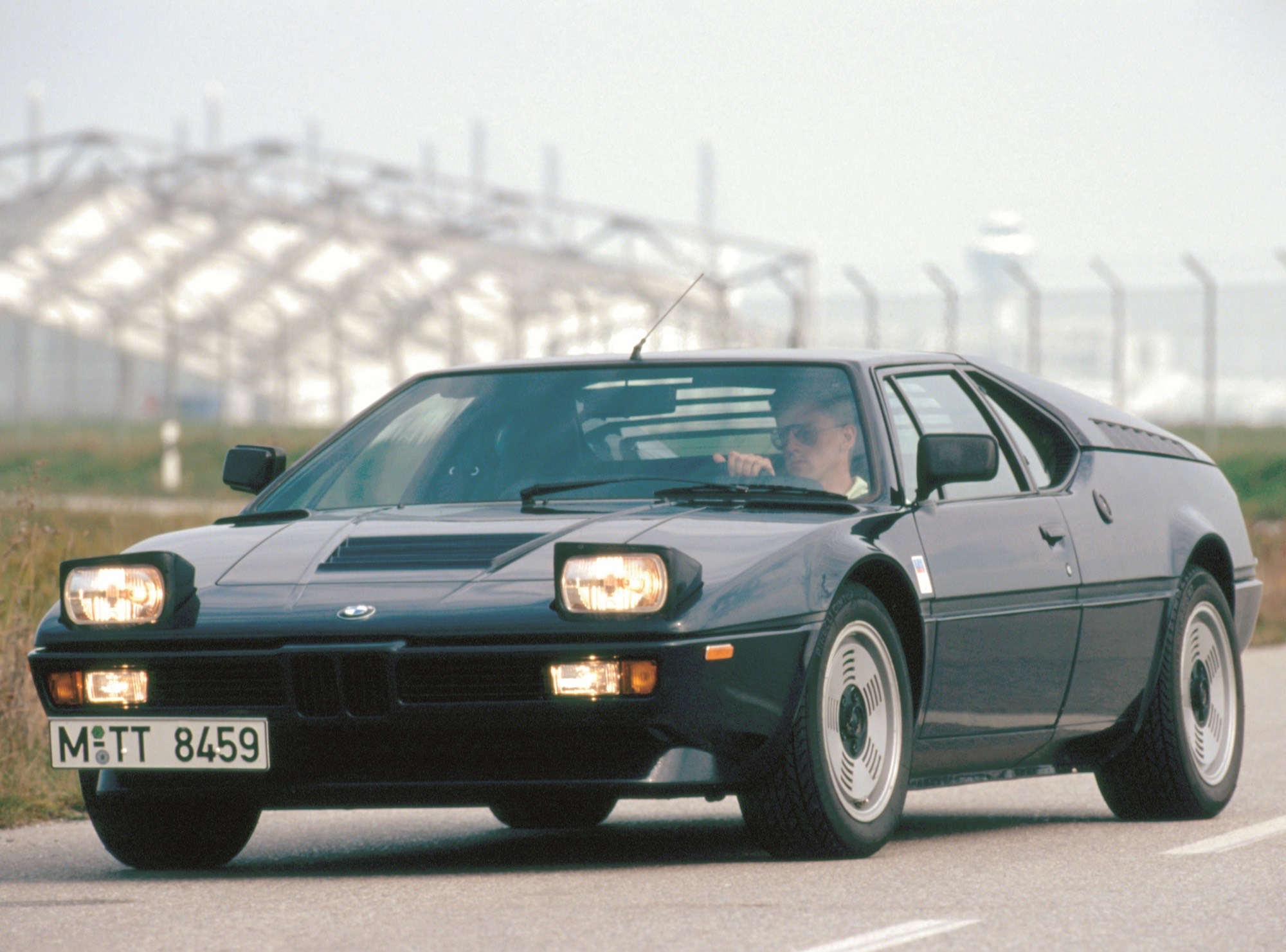 Famous names did not guarantee success

Paradoxically, what we now call an exclusive BMW masterpiece and the first German supercar was at that time a big headache for the entire Bavarian company. It all started back in 1972 when the BMW Turbo Concept was born; BMW established a motorsport division, and the M1, under the code name E26, became its first project.

BMW did not conceal that the main objective of the M1 project was to homologate the car for racing and to have a model that could compete with Porsche, especially at Le Mans. However, according to the FIA regulations that were in force in the mid-1970s, they first had to produce at least 400 street-legal M1s in order to participate in group 4 races with other manufacturers. BMW had hoped that this would be possible to accomplish in a couple of years, so they included famous names in the development process: the chassis was created by the masters of this field at Dallara, the wedge-shaped design was by Italian legend Giorgetto Giugiaro, and Lamborghini was to take care of the engineering details and produce the 400 cars that were necessary; only testing and preparation for the market was supposed to be left to the Germans. 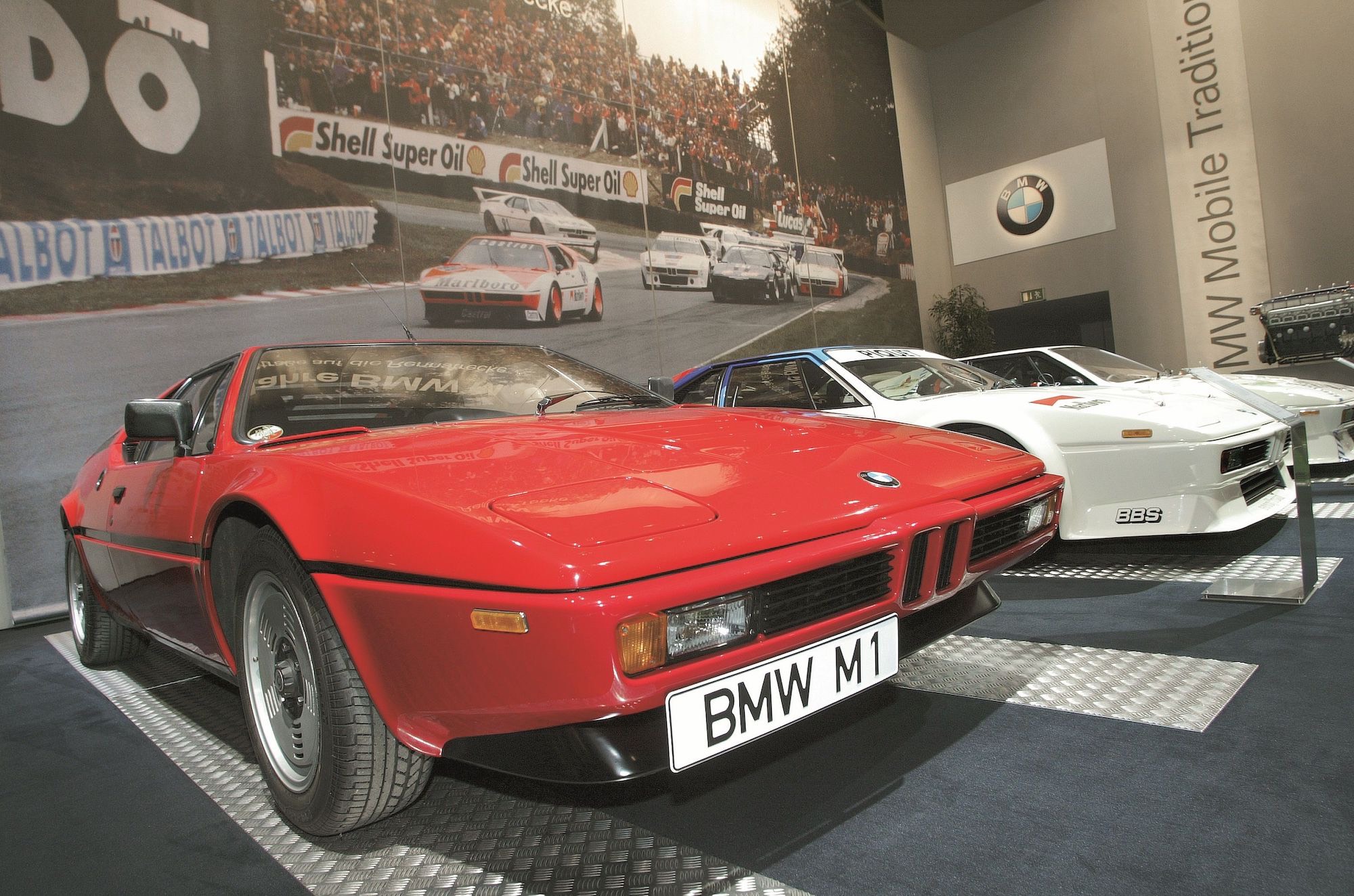 Although the start was very promising, not all of the links functioned successfully. It was Lamborghini, which was having significant financial problems at the time, that really failed to deliver and kept putting off the start of production. They only managed to produce seven prototypes by the spring of 1978, so BMW was finally forced to terminate the contract with the Italians at the most important moment and take production into their own hands, even though from the beginning they did not want to allocate their own production capacity for such a small quantity.

Despite the various disturbances and balancing between “to be or not to be”, the M1 – the long-awaited cocktail of German and Italian ingredients – saw the light of day and was delivered to the first buyer in February 1979. What made the BMW M1 unique? This is a rare case, but from the very beginning, this model was designed as a race car, and this is reflected in almost every detail. For example, the suspension was designed so that it could be used with engines from 277 to 950 PS without major changes. 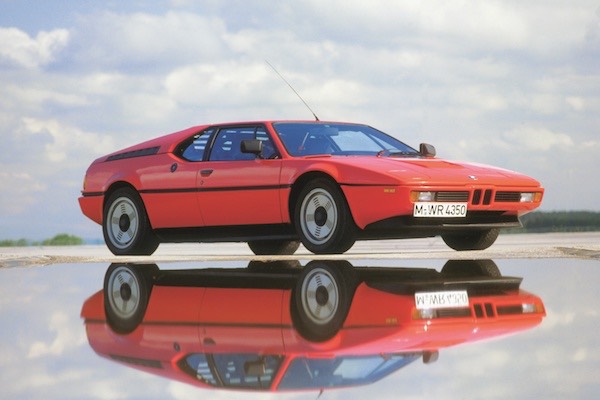 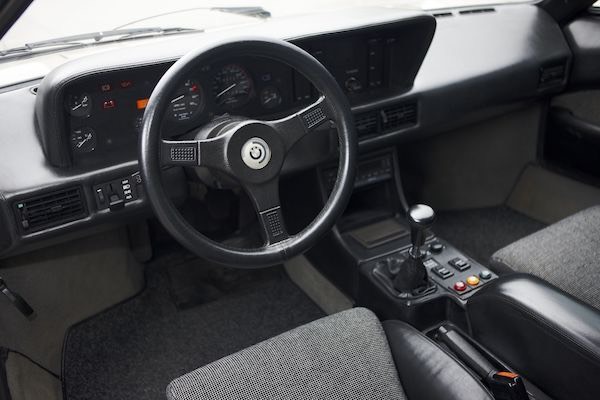 Among the options under consideration for the engine were both 8- and 12-cylinder motors, but it was ultimately decided for economic reasons to build a new 6-cylinder engine, thus giving birth to the M88. This had three versions, and the heart of the street-legal M1 model beat with impressive power. The 3.5-litre engine generated 277 PS and 330 Nm (the Procar race version had 470 PS and 390 Nm). It was equipped with a 5-speed manual ZF transmission that transmitted power to the rear wheels. The M1 had a top speed of 260 km/h, and could accelerate to 100 km/h in just 5.6 seconds. That was really a lot by 1980s standards, making it one of the most powerful choices among naturally aspirated six-cylinder engines. A modified version of the M88 was later installed in both the BMW M635 CSi and the first M5 (E28).

Since glass fibre was used for production of the body, the car was not heavy and stood out for its excellent handling. Despite its sporty nature, it was actually a comfortable car suitable for daily driving. BMW initially hoped that Lotus, Ferrari and Aston Martin fans would take a liking to the M1. However, the long wait annoyed potential buyers, and even though the BMW M1 was not considered a fancy car, it was still far from cheap – in Germany it cost almost 100,000 Deutschmarks, or about 55,000 USD – and this did not contribute to its popularity either. 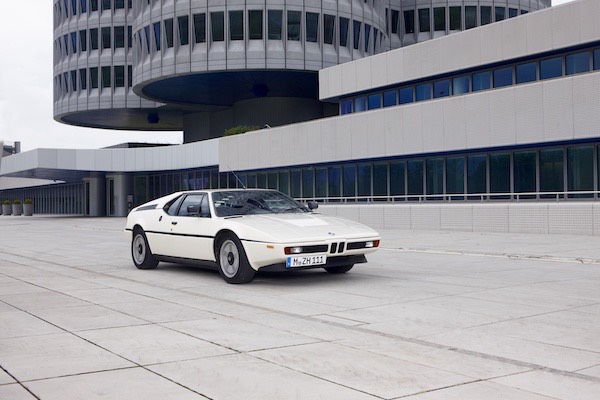 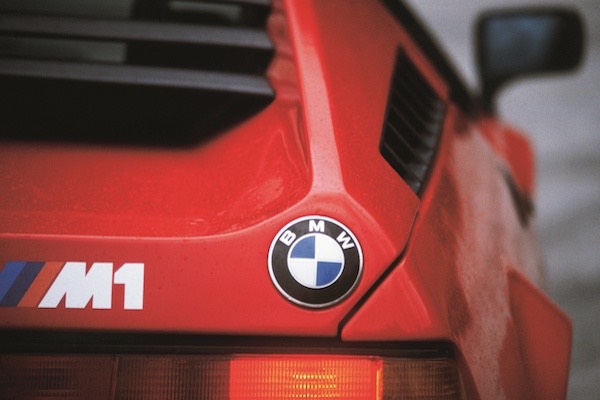 While the Germans were struggling with development of the M1, FIA rules changed and homologated cars like the M1 were no longer allowed to participate in group 4 classification races. However, BMW did not give up and started holding Procar races. 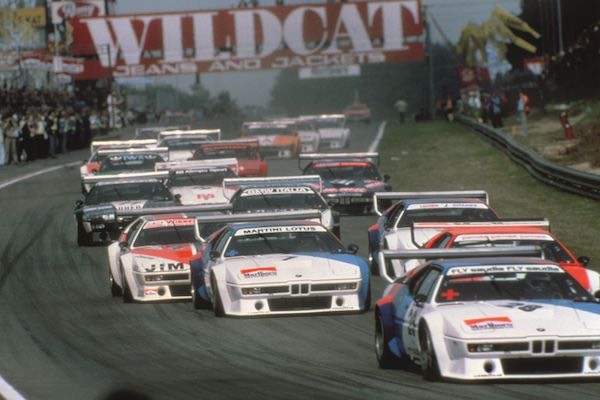 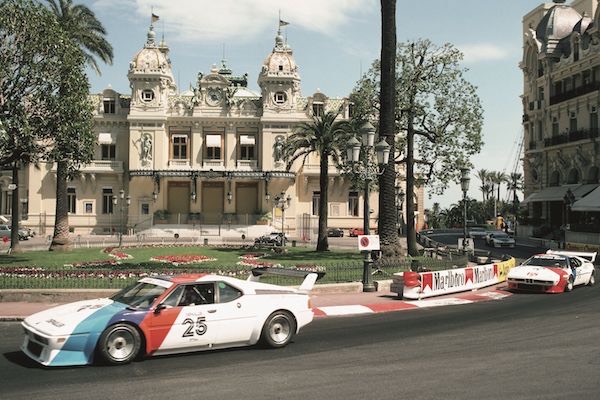 This was a unique championship that the Germans organized in conjunction with Formula One. Before each F1 round, the five best drivers from the qualification race got behind the wheel of an M1 and raced against each other and 15 private drivers who were also in M1s over a distance of 100 km. This lasted a couple of years – the 1979 championship was won by Niki Lauda, and Nelson Piquet won the next year. Nevertheless, a considerable portion of the M1 sports cars encountered engine problems and this fuelled negative reviews, so the project did not go as hoped in this case either.

In 1979, BMW also appeared at the 24 Hours of Le Mans with an M1 which stood out from all the rest with its colourful body painted by artist Andy Warhol. Its 6th place in the overall standings was its best achievement – up until 1986 a few dozen other M1s could be seen on the Le Mans track, but due to fierce competition and poor reliability, this model never did bring any resounding victories. 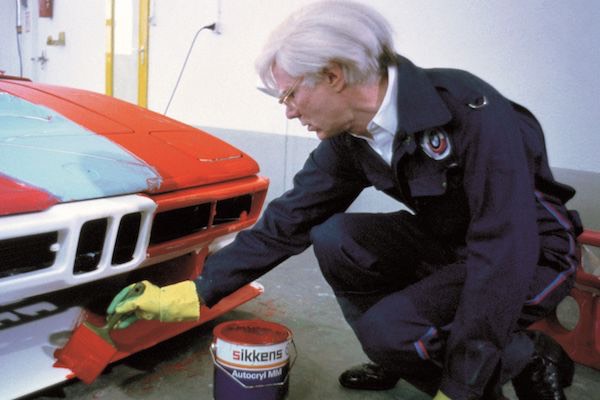 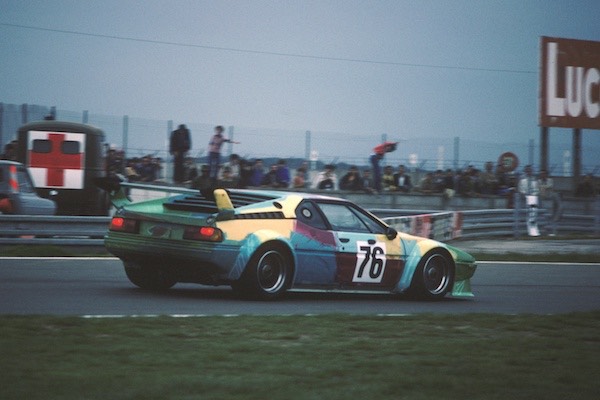 Given, since only a little over 50 Procar versions were produced, this model is even more unique than the street-legal M1 and is more valued at auctions. For instance, a 1979 BMW M1 Pro-car 9430-1053 was sold for USD 854,000 in 2011. A considerable portion of Procar automobiles were preserved by the actual manufacturers, and in 2016, the Legends Parade at the Austrian F1 Grand Prix even featured former racing stars in BMW M1 Procars. A total of 14 cars were on the track, driven by celebrities such as Niki Lauda, Gerhard Berger, Dieter Quester, Jochen Mass and Jos Verstappen.

A legend ahead of its time

The complicated and expensive production process and partners who didn’t hold up to their agreements resulted in the fate of this model being decided even before it came out, and the manufacturers, as per speculation, only suffering losses. With hopes for the M1 left unjustified, BMW decreased the motorsport division’s budget by 75 per cent and the last BMW M1 was assembled in February 1981. 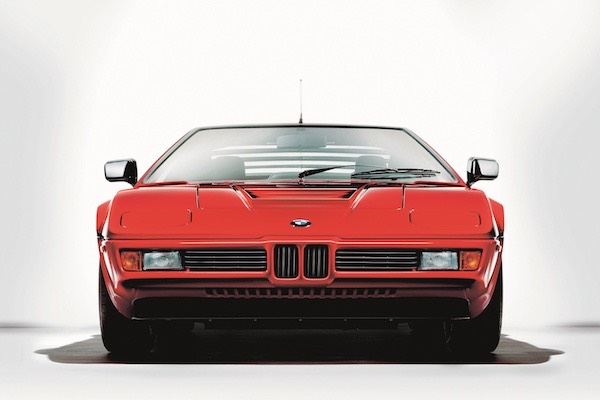 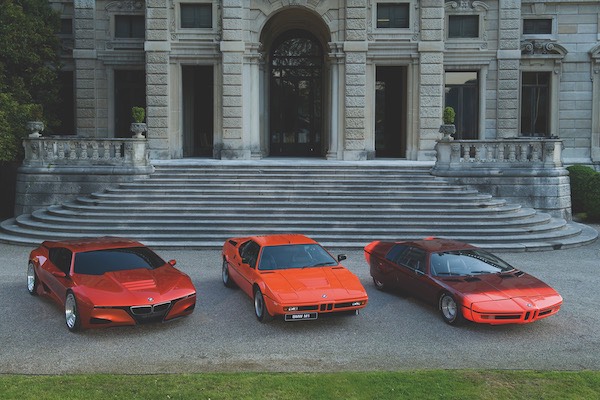 Now it is obvious that the pioneer of the M Series was a car ahead of its time, and one can only wonder what the BMW brand would have become had the M1 project been more successful. It remains the only mid-engine model in the history of BMW. In order to mark the 30th anniversary of this exceptional piece, the Bavarians demonstrated the BMW M1 Hommage Concept, which was also designed by Giugiaro, in 2008. Even though this model never became a production vehicle, some of the highlights of the vision were nevertheless adopted by the hybrid i8, which was launched in 2014 and is considered an indirect successor of the BMW M1.