For the first weekend of September Dutch circuit of Zandvoort and the coastal town around it were filled with sounds of motors of the decades gone by. A true feast for petrolheads’ senses was taking place, Historic GP Zandvoort. The event’s organizers truly delivered – there were historic cars for everyone’s taste, ranging from bizarre sidecar racing to absolute automotive royalty like McLaren F1 GTR. These attractions brought a massive amount of spectators of all types and ages, filling the paddock, the tribunes and even the dunes all around the track. 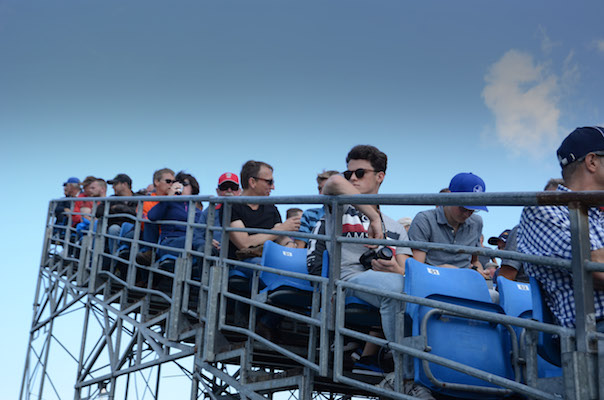 Eager spectators filled all of the tribunes
©Domantas Mizeikis 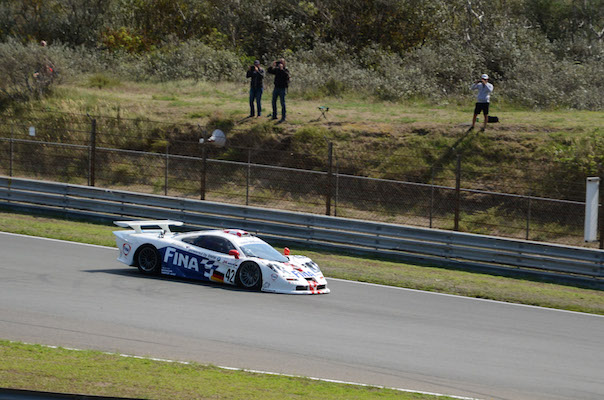 Zandvoort circuit is based right by the sea, so all the visitors could have gone to the beach to soak in the last bits of the Dutch sunshine. Instead, they were swayed by the sights and sounds from the pages of automotive history and flocked to the circuit. The track was bustling with visitors, to an extent that it was actually tough to claim a better spot to spectate or take pictures. 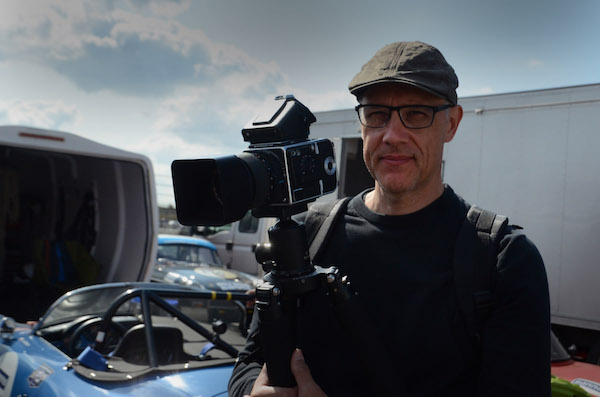 This photographer knows that vintage cars are best captured with a vintage camera.
©Domantas Mizeikis 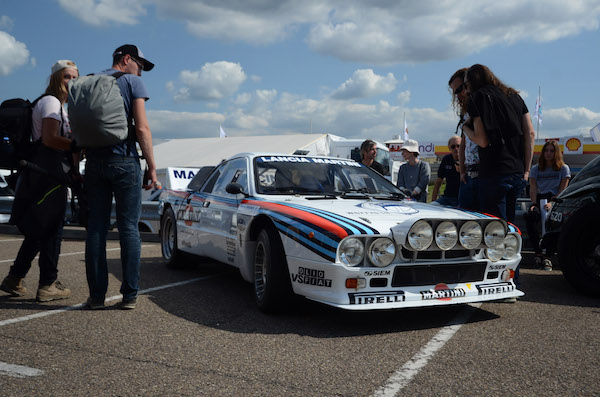 Lancia 037 was extremely popular with the crowd.
©Domantas Mizeikis

And believe me, there was a lot to spectate. The main attraction was a historic F1 act, harking back to the golden years of Zandvoort circuit when it was home to Dutch GP with Formula 1 cars built between 1966 and 1985 were screaming around the racetrack. Just like in the older days, it pitted well established cars like Williams FW07C or Lotus 81, against more left field competitors like Shadow DN1 and Theodore N183. But with just a handful of cars racing, and with stark differences in speed, there were not much of close battles on track. That being said, it was not supposed to be a true reenactment of the GP of the past and rather a rare opportunity to see old F1 cars whizzing in the dunes of Zandvoort once again. 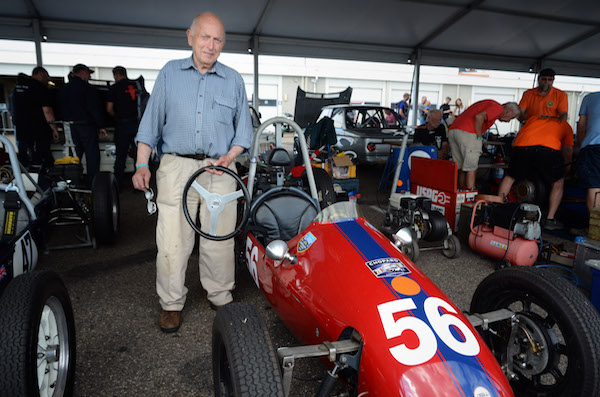 John Greenwood kindly shared his memories of his racing past as he was prepping for a Formula 500 start.
©Domantas Mizeikis 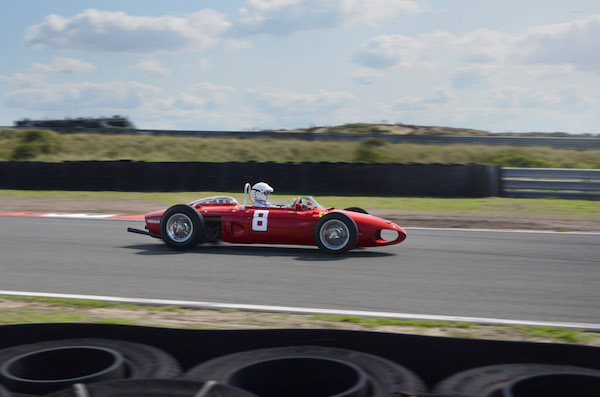 But lesser formulas were not forgotten either, both historic Formula 3 and Formula Junior cars battling it out on the track. But I was most impressed by Formula 500, a predecessor of both Formula Junior and F3. The class was started right after WWII by people eager to race, but having limited means to do so. What they did was use single cylinder motorcycle engines of 500cc (hence the name), put them in rudimentary chasses and let the best driver win. The cars have no starter motors, no diffs and only leaf springs for suspension. Admittedly, they were lacking pace in fast straights and high-speed corners of Zandvoort, especially compared to some of the other machinery featured during the weekend. That does not mean it required little skill to pilot. The drivers were struggling for grip and even leaning in the corners in order to preserve the precious momentum, once again proving racing drama can be achieved even with humble displacements. 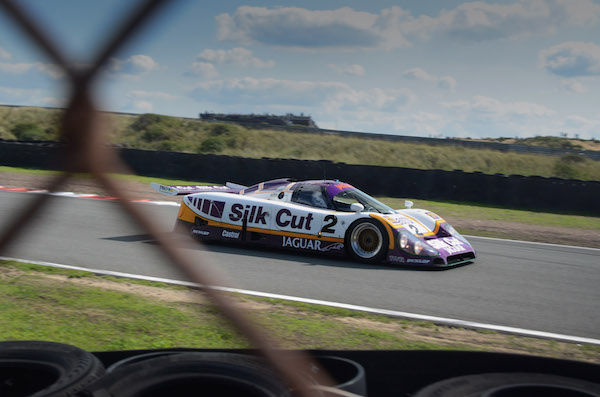 Jaguar XJR-9 was victorious at Le Mans in 1981.
©Domantas Mizeikis 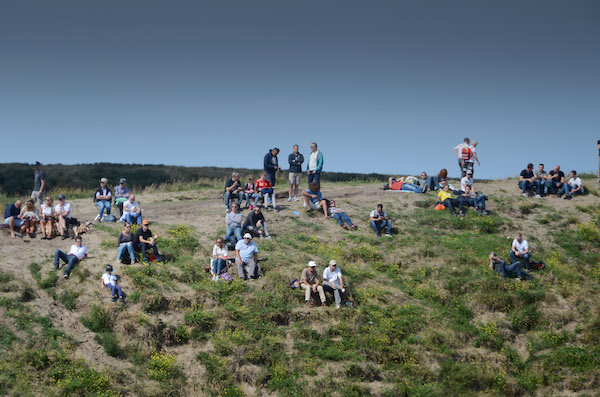 Racing fans taking their positions everywhere in the dunes of Zandvoort.
©Domantas Mizeikis

Of course, it wasn’t all just single seater action, touring cars put on an impressive show as well. In pre-66 class the spectators could watch the iconic battle between little Minis and V8 Ford Flacons unfold. Some Alfa Romeo Giulia Sprints and Lotus Cortinas were thrown into the mix as well. Younger class of touring cars featured some DTM cars which never originally raced together. It was an interesting demonstration of progress of these cars during the 80s and 90s. The difference in pace between E30 BMW M3 and first-gen C-Class Mercedes-Benz were astonishing, showing how much of a difference advances in tech and slight changes in rules can really make. 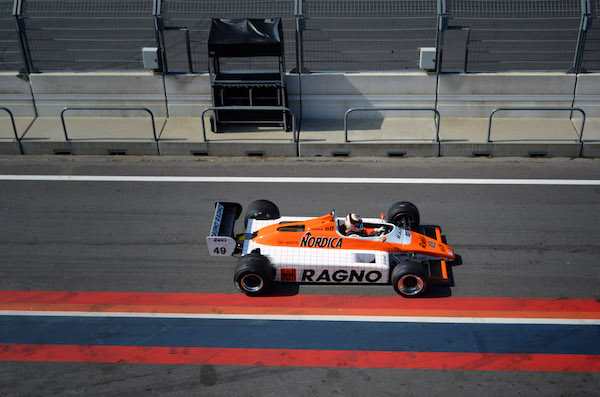 F1 cars in Zandvoort paddock just like in the days of Dutch GP.
©Domantas Mizeikis 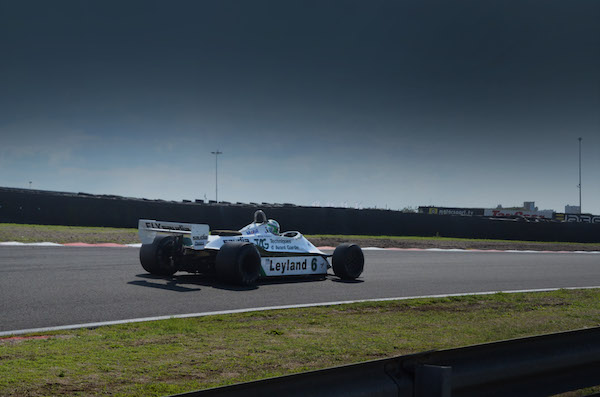 Williams FW07C was easily the fastest F1 car of the event.
©Domantas Mizeikis 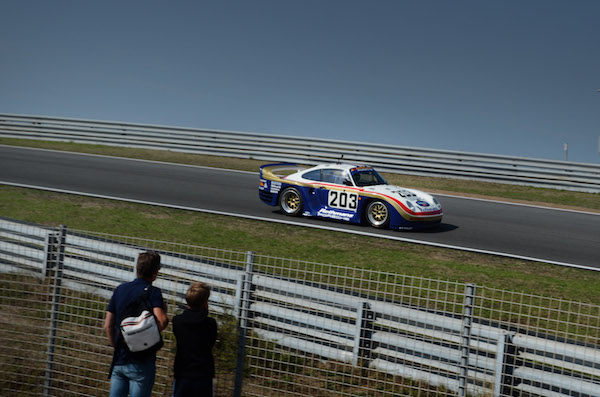 Porsche 961 was a sight to behold.
©Domantas Mizeikis 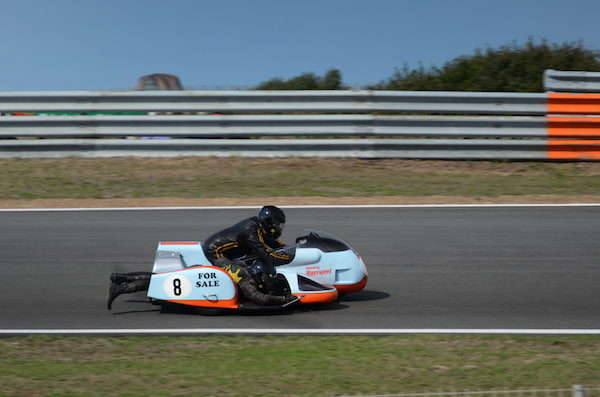 Bike sidecar racing is one of the more peculiar branches of motorsport.
©Domantas Mizeikis

On top of all that, the spectators could witness demos of some super rare automobiles driven at speed. BMW and Porsche brought some of the finest creations from their catalogue, including cars like an early Porsche 356, a rare 961, BMW M1 Procar and even a McLaren F1 GTR (hey, it’s powered by a BMW motor). Non-manufacturer demos included Tom Walkinshaw Racing Le Mans winning masterpiece Jaguar XJR-9 and distinctive Ferrari 156 ‘sharknose’ F1 car. While they weren’t going at the pace they were originally raced at, I’m glad these pieces don’t spend their days gathering dust in a museum. 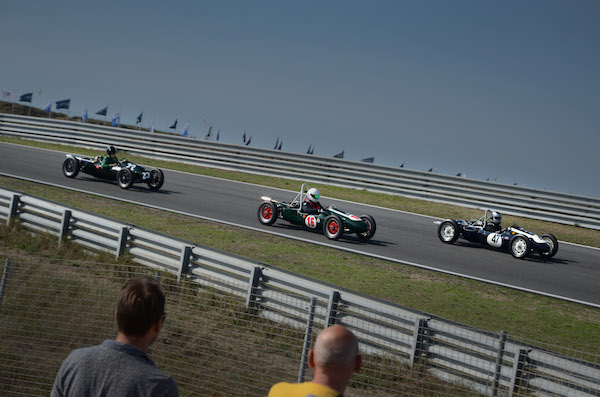 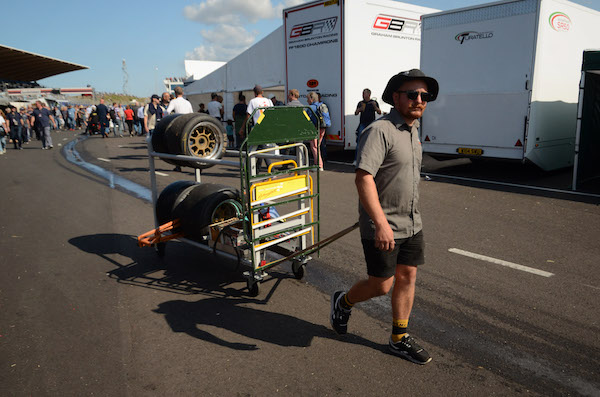 All of these racecars require a constant supply of fresh rubber.
©Domantas Mizeikis

There was a lot to take into off the track as well, ogling at some special automobiles that didn’t even run on the track or getting up close to those that just did. As it is often the case, some car owners and drivers were very approachable and willing to engage in a little conversation, provided they are not too busy preparing for a race. There were also a host of souvenir and accessory kiosks, selling little mementoes for those who want to remember this sunny, classic car filled weekend for a bit longer. 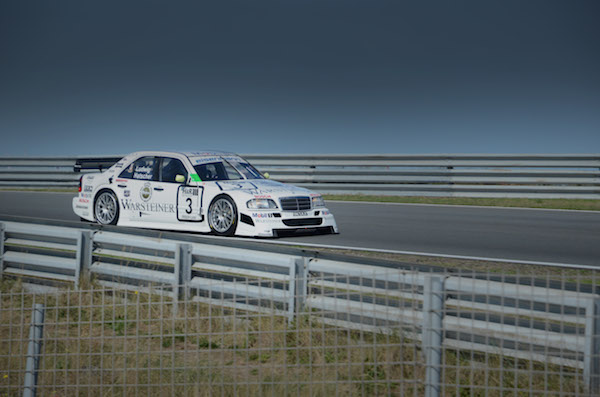 DTM C-Class was making loud turbo noises as it whizzed past.
©Domantas Mizeikis 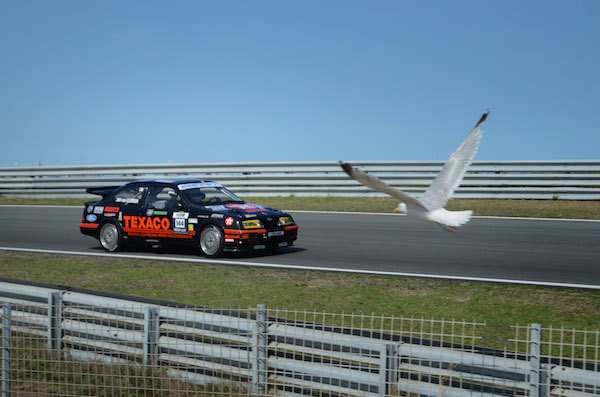