Wind Back the Clock in a Historic Racing Event

At times, most of us feel that we have missed out a lot due to being born at the wrong time. Whether it is attending a concert of an old band, watching a man put the first steps on the moon or seeing the crazy race cars of old battling it out on the track. Vintage car racing can at least help with the latter, in such events cars from different eras are pushed to the limit in a goose-bump inducing symphony of singing engines, squealing tires and petrol fumes. It is a historical reenactment for petrolheads, and it beats any sort of museum.

The event I have attended was the Historic Zandvoort Trophy and it had no shortage of automotive action for two whole days. And while it featured an incredible classic car show, with a vast variety of automobiles to satisfy everyone’s taste, the main attraction was what was happening on the track itself.

The range of different cars being raced almost matched the one displayed off the track. Drivers were piloting the machines ranging from Triumph TR3s of 1950s to Porsche 964 Turbos from 1990s. It was not only different eras represented, but also totally different cars in general – from Ford GT40 to Mazda Miata (yes, the very first Miatas already qualify as youngtimers). GT/Touring Car category even pitted wildly contrasting cars against each other, so the spectators could see the David and Goliath battle between Minis and Mustangs as well as Ford Escorts racing against Porsche 904. 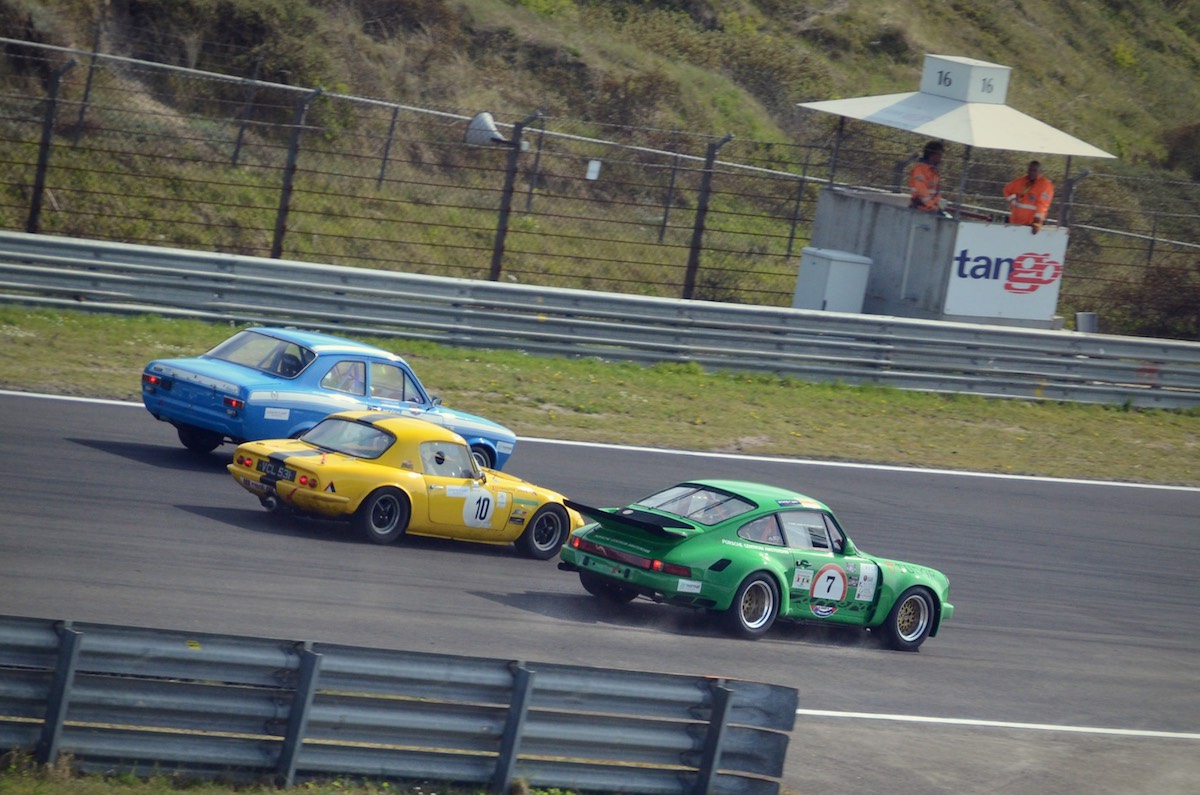 Despite their age, the cars were driven to the limit
© Photo by Domantas Mizeikis

Although the rules strictly prohibited any contact, the drivers were pushing their cars to the limit. Sometimes they even overdid it, locking up the wheels when braking late in order to overtake or having to counter oversteer after coming into a corner too hot. In most of the categories, the cars were required to be equipped with period correct tires. Not many things could be compared to seeing an old Marcos being wrestled around the corners while fighting for position or hearing an E-type thundering down the main straight at full chat. No static exhibition could ever offer anything like that.

In the breaks between the sessions, one has an opportunity to meet the race cars, as well as the people driving and maintaining them, up close. For those, who are used to the polished pristine vintage cars in the usual shows, the no-nonsense functional appearance of some racecars may be shocking. Paintjobs of many of those cars are covered with scratches and bruises from the debris on a racetrack, some have dings from bumping into other cars. Certain racecars present in the event are exact replicas of the originals, something that would keep enthusiasts happy knowing that a priceless historic vehicle is not thrashed around the track. The GT40 you can see in the pictures is a replica as well, but it has been reproduced so precisely, that the car is allowed to compete as an authentic vintage original. 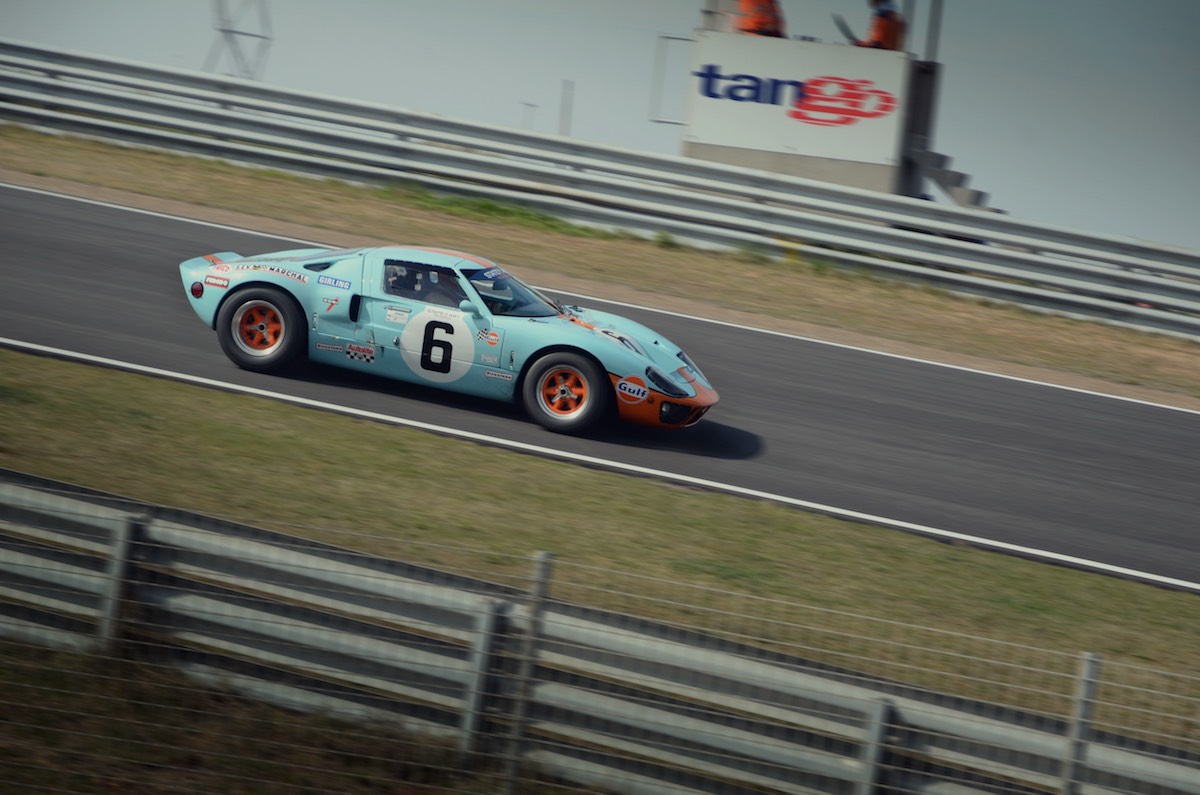 While some of the rarest machinery on the track was not original, majority of the cars there were indeed authentic. I was quite surprised to learn that a Porsche 356 Speedster, you can see in the pictures, is not a replica. Racing always takes a huge toll on cars and most of the Speedster owners would not put their cars through their paces like that. Especially considering the cult following the 356 Speedsters have gained in the recent years, with a corresponding hike in their prices. The owner of this speedster shared the history of the car, revealing that it has always been a racecar and has been raced since the 60s, thus he saw no point in locking the car in a garage and only taking slow Sunday drives in it.

But the oddest machinery arrived at the track during the timed lap sessions. In this case, cars that cannot fit into any category of racing were driven. Among other things, the spectators could see a featherweight Lotus Eleven from 1950s, as this extraterrestrial looking automobile was gliding through the corners. Another curiosity lapping the track was bright yellow Biota – a composite-bodied car with Mini’s running gear. As the car is not too powerful and ridiculously light, its driver barely had to brake before the corners. Examples like these just reminds one of how broad and rich the automotive animal kingdom really is. 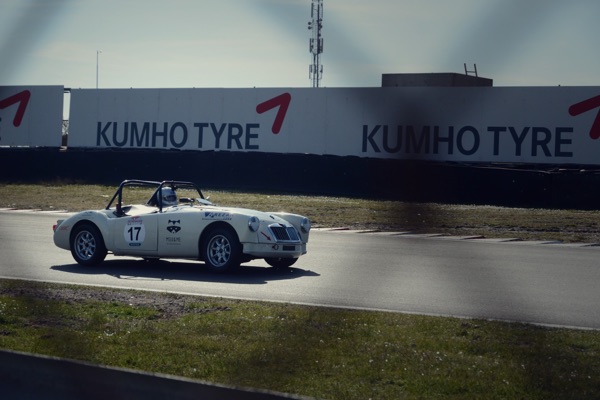 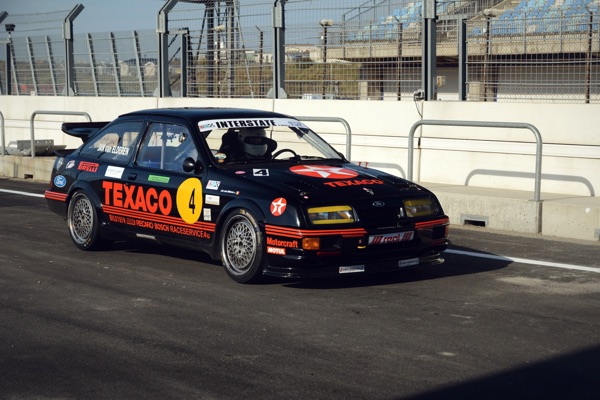 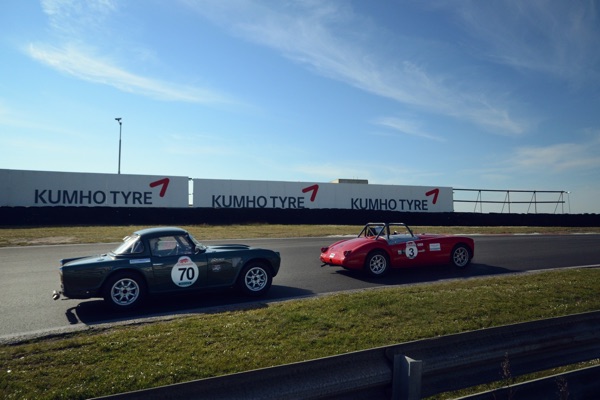 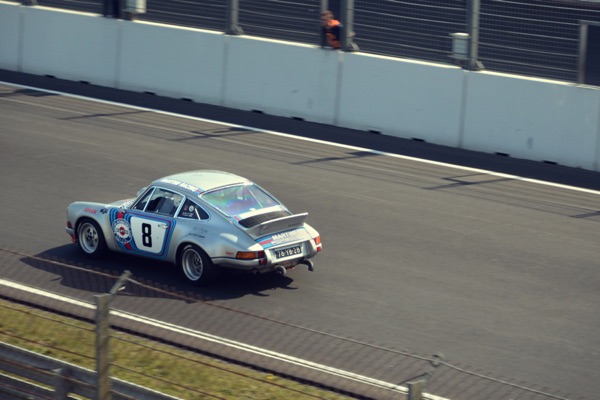 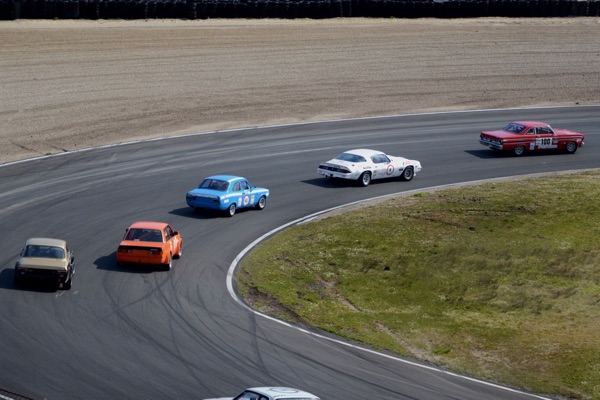 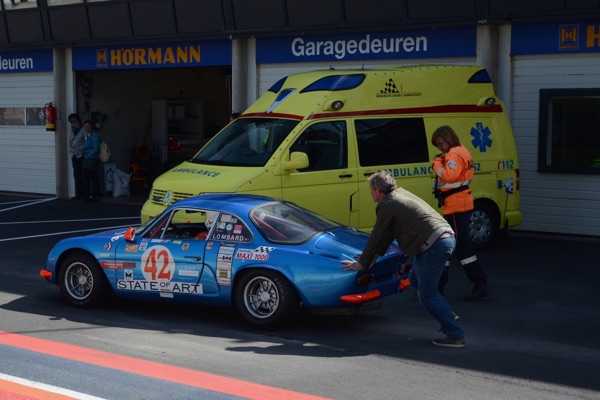 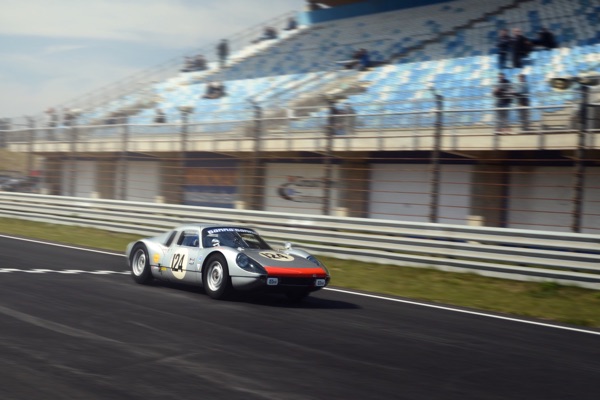 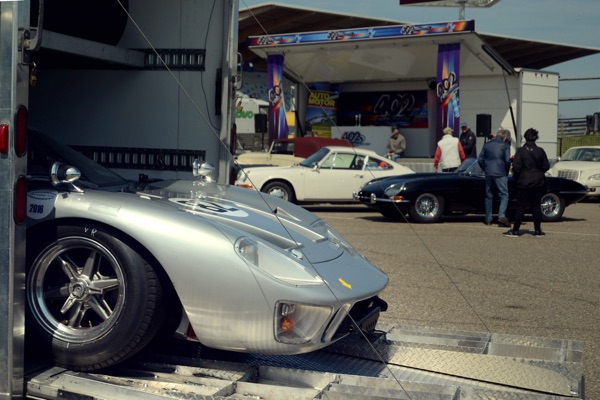 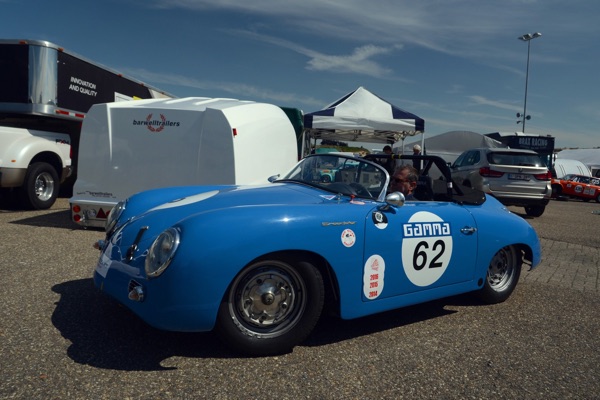 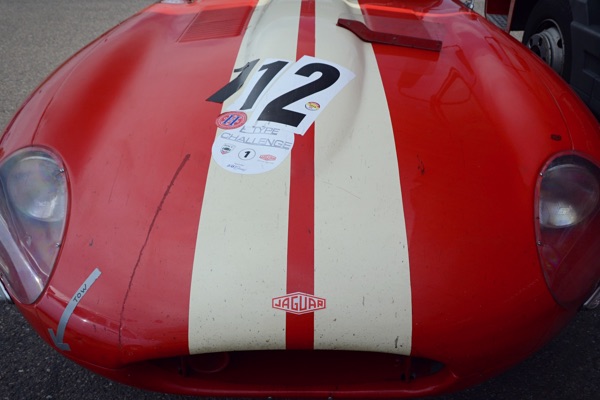 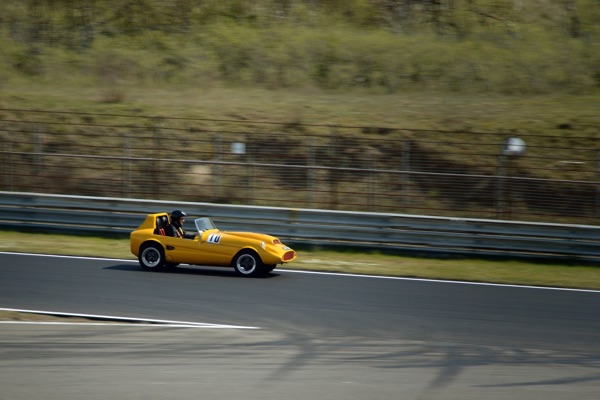 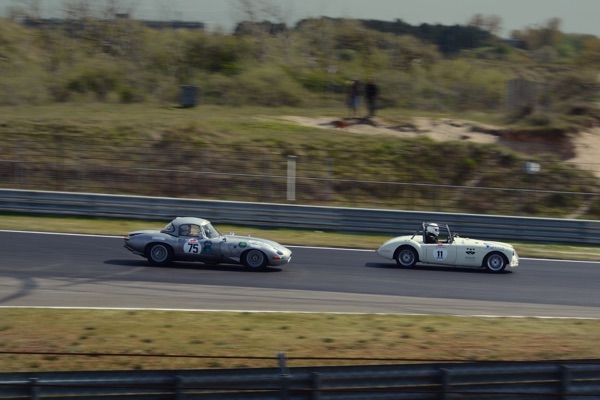 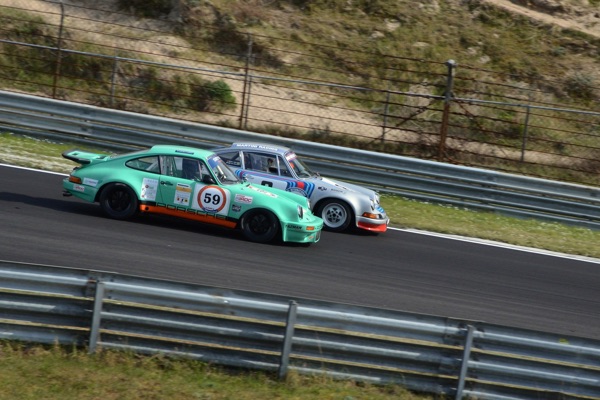 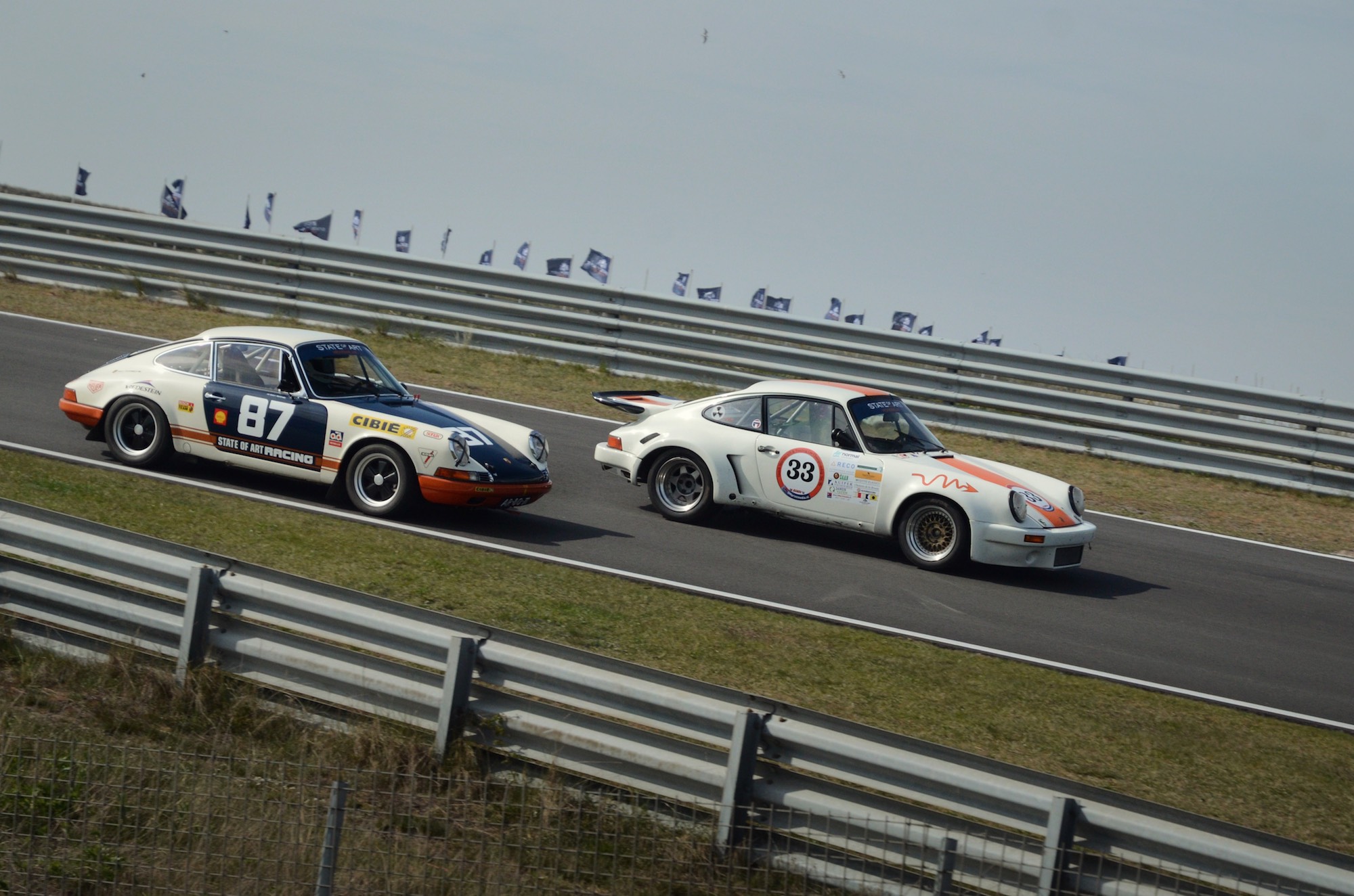 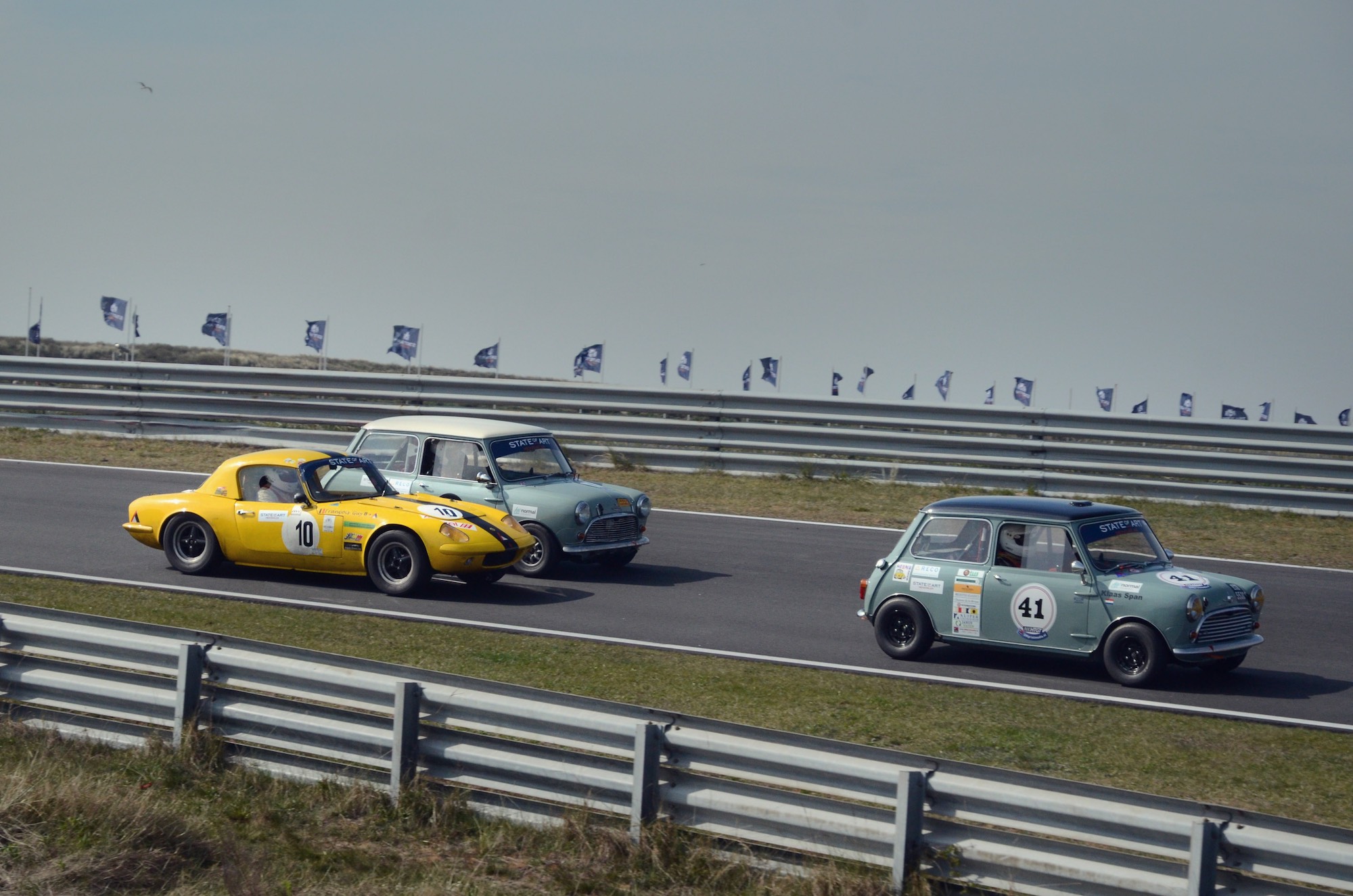 Racing is almost always a costly past-time, and it especially goes for historical racing. Not only the cars themselves are usually rather expensive, but running them and sourcing rare and pricy spares makes it only accessible to the wealthier of the enthusiasts. Most of the race drivers were older than usual, mostly gentlemen in their 40s, 50s and even 60s, that have achieved some financial success. It is not a professional motorsport, so there were no young hired drivers, and the ones piloting the machines on the track are usually the ones owning them.

Perhaps the most appealing aspect of the event was an overwhelming sense of comradery, which usually present in events like these. Despite the elite nature of this sport, the racers are more than willing to talk about their cars with enthusiasts attending the event. It makes sense, as everyone there shares the same passion. Aggressive track driving is generally demanding on cars, especially the ones of this age, thus the repairs are frequent and are carried out right there, in the parking lot. Getting up and close to mechanics wrenching on historical racecars is worth trying out. Of course, track-side repairs are very typical to racing, but seeing vintage cars taken apart gives one a glimpse into the fascinating vintage automotive engineering. 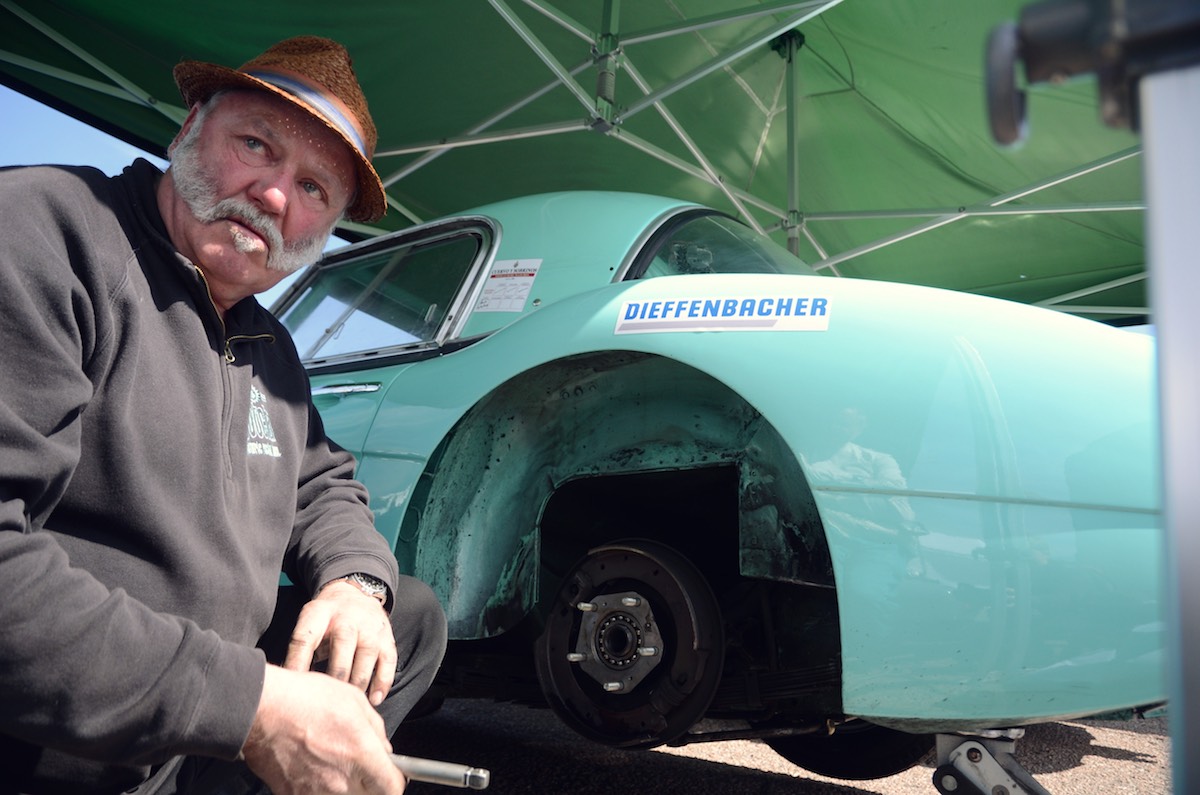 Compared to the usual racing, historical racing events are few and different to come by, but there are plenty of reasons to attend one. Of course, they range from Goodwood Festival of Speed to local events, attended by just a handful of dedicated enthusiasts, but the key components are always there: roaring engines of past eras and people that are all incredibly passionate about cars and racing.