Isdera Commendatore 112i: the German Masterpiece

Isdera might seem just like an another "build a supercar and go bankrupt" type of company and although it did go out of business, it built multiple supercars, including the marvelous 1993 Isdera Commendatore 112i which truly was a masterpiece.

Isdera GmbH or Ingenieur büro für Styling, Design und Racing (Engineering Company for Styling, Design and Racing) was started by a very talented engineer Eberhard Schulz who had not only worked with Mercedes in creating the C111 but was also working for Porsche. Hence the parts used from period upper level Mercedes and Porsche on the Commendatore. 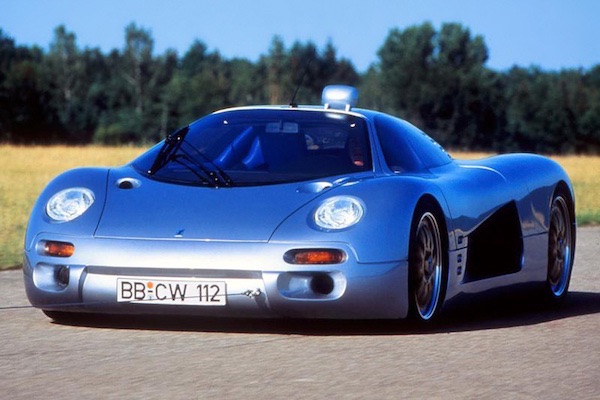 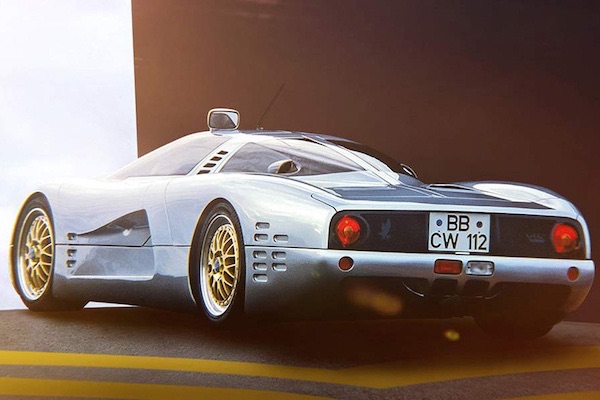 Underneath the Le Mans-Porsche resembling exterior lies a complex tubular frame with a mid-mounted Mercedes V12 coupled to a Porsche 911 turbo 6-speed manual transmission. With this setup the car's weight comes in just under 1.5 tones therefore the 6.0-liter 402hp (300kW) V12 has no trouble propelling the car from 0 to 100 km/h in 4.7 seconds, and keep it accelerating to a top speed of 342 km/h (213 mph). A lot of this high top speed credit goes to the sleek aerodynamics of the Commendatore which had a Cd of 0.306. Interesting quirk: the high top speed also meant that the 'borrowed' Mercedes SL-class instrument cluster (yes, the same one with the fuel consumption indication) had to be altered to read 400km/h. 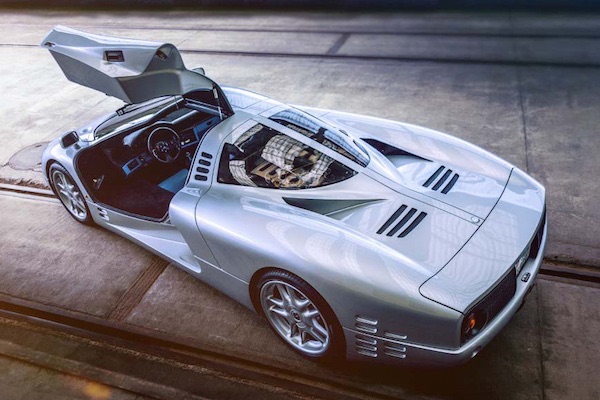 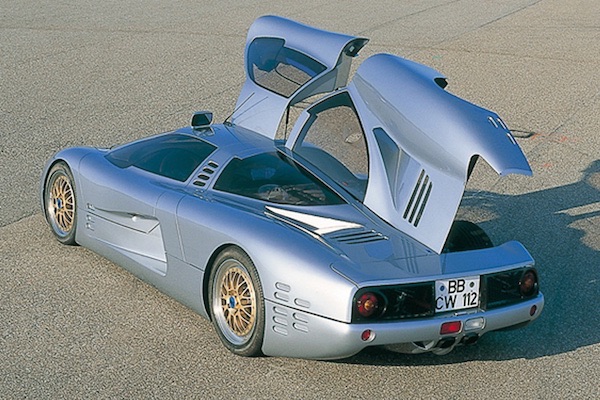 Some of the 112i's other interesting features include innovative speed sensitive suspension which lowers the car at high speed, an extending air brake, gull-wing doors, gull-wing engine covers and a roof-mounted rear view mirror which can be viewed through a glass panel in the roof. The latter might seem like it's over the top, but a man has to have his rear-view visibility. 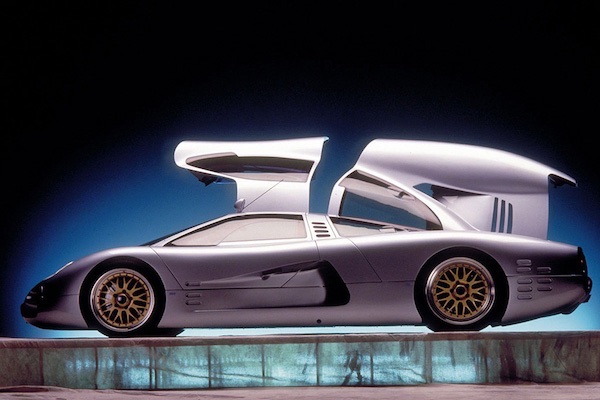 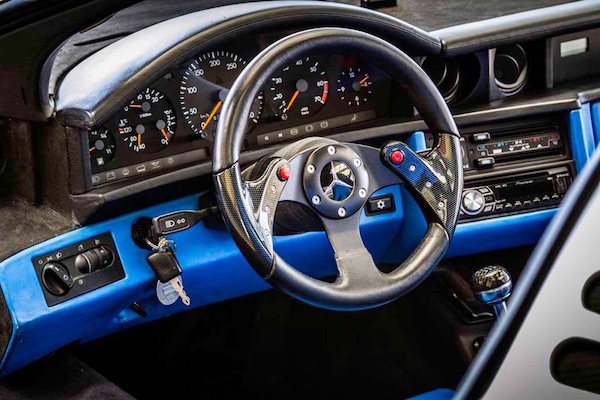 The Commendatore was almost completely roadworthy and should have went on sale for about USD 450,000, but the company went bankrupt and was sold off to some Swiss investors. Despite this, after the bankruptcy Schulz finally completed the car. This was the only Commendatore in existence until in 1998 the new owners of Isdera had a go at reviving the company with the Isdera 112i SIlver arrow.

It's very likely there is some homage in the name to the legendary Mercedes racing team, because after the Swiss reboot the new Isdera now had an AMG tweaked 6.9 Mercedes V12 developing 611hp. 0-100 was reduced to 3.8s and the top speed was increased to a very sufficient 370km/h. Despite the impressive figures the prototype supposedly was the only car sold leaving the world with only two Commendatores. The last one was seen being offered for sale on a few websites in 2005 for USD 3,000,000. 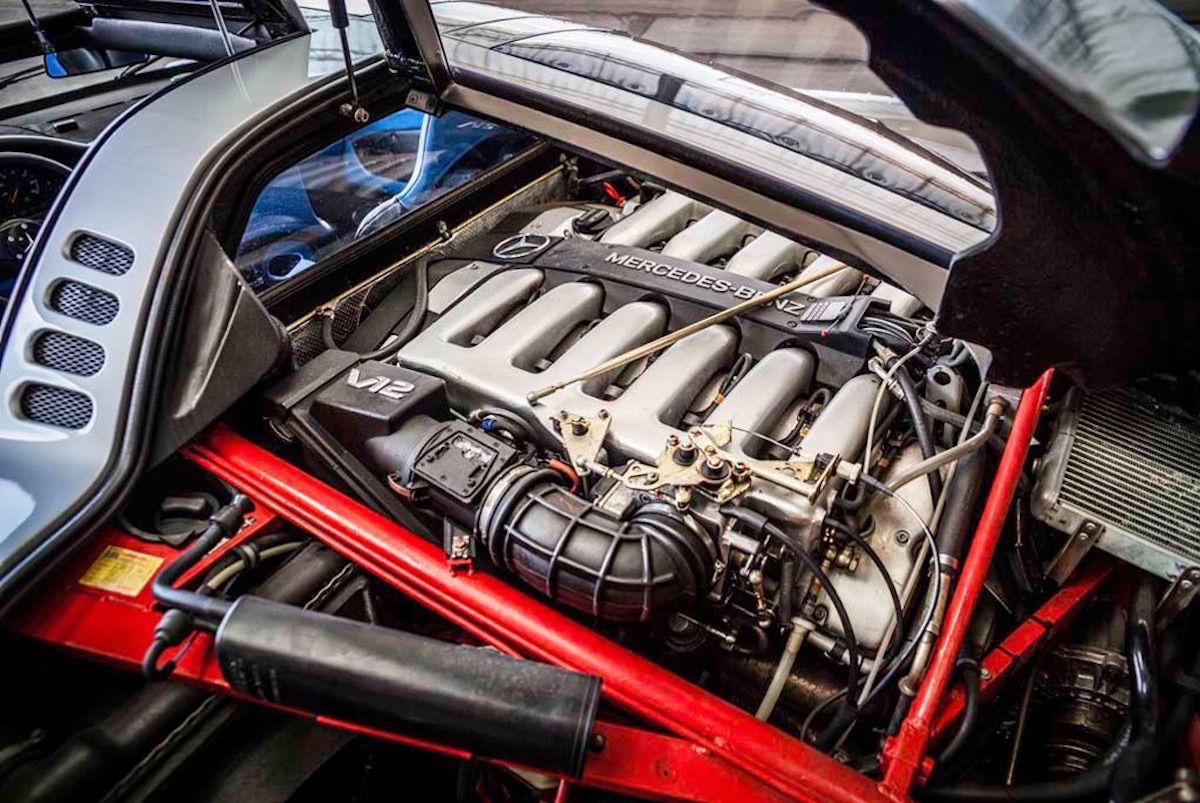 How to buy some Mercedes-Porsche excellence

But if one is desperate for a Commendatore, earlier this year a new electric Commendatore GT was unveiled at the Beijing motor show. Unfortunately, it's built in and aimed for China and does not have much to do with Porsche or Mercedes. The resemblance to its predecessor is only the Gull-wing doors and the exclusive production run of two vehicles. 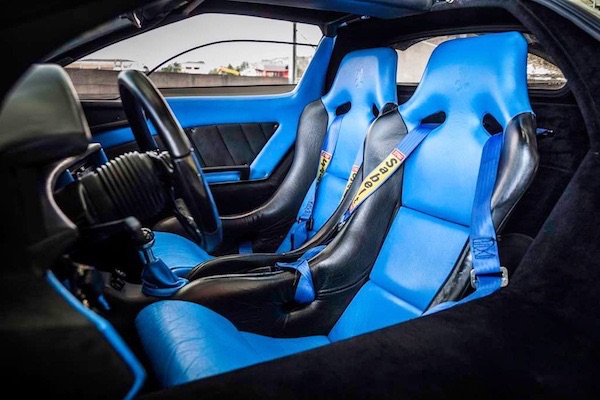 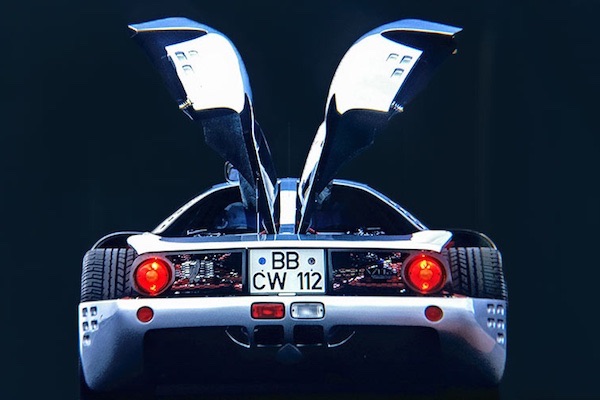 However, it's not the first time Mercedes-Benz and Porsche engineering came together. Just a few years prior the introduction of the 112i the Mercedes w124 500e was released which not only is an icon, but compared to the Commendatore had a vast production run of more than 13,000 units. So if you are on the market for some Mercedes-Porsche excellence - have a look at one of those.