Isdera Autobahnkurier 116i: A Behemoth With a 16-Cylinder Engine

Born in 1940, Eberhard Schulz is an automotive designer and engineer from Germany who once worked for Porsche. However, the most interesting years of his career began after he founded his company, Isdera.

Whenever he had a free moment or weekend. Eberhard would head off to his garage to restore classic models or went to amateur classic car races to compete with one of his finished projects. The German also had another hobby – constructing vehicles and experimenting with various components.

His receptiveness and ability to implement unusual solutions quickly caught the interest of Porsche. A company that was always looking for talented specialists. The career that he began with Porsche in 1971 did not last long – just until 1978. Then he met Rainer Buchmann, a hardcore car enthusiast. This businessman showed Eberhard his workshop, where he was modifying various cars, increasing their engine power or changing the bodywork.

Fascinated by this process, Eberhard gave Porsche his letter of resignation and left for his new place of employment – Rainer Buchmann’s workshop. However, Eberhard did not stay at this fortress of modified cars for long.

The job hunt forced the talented specialist to make radical and, at the same time, commendable changes – in 1982, he has founded his own company, Isdera. At first, the team that Eberhard put together fulfilled various orders for car industry giants. These profitable orders made it possible for the specialists at Isdera to build their own cars: the Spyder, the Imperator 108i, and the famous Commendatore 112i. Commendatore 112i is a supercar that was featured in the video game Need for Speed.

The Isdera Commendatore 112i has been first introduced at the 1993 Frankfurt Motor Show. The car that nobody had ever heard of or seen before garnered an incredible amount of attention from the press and potential buyers.

The model presented at the show was in the prototype stage and was almost ready for mass production. At the show, Eberhard Schulz said that the Commendatore 112i would only be made to order in a limited series. So, it is not surprising that it came with a unit cost of approximately USD 450,000.

Many people who were interested paid no attention to the car’s exorbitant price. Why? The Isdera Commendatore 112i stood out for its interesting solutions. For example, the height or angle of the rear spoiler depended on how fast the car was going. The Isdera’s ground clearance also depended on the speed. At higher speeds, the Commendatore would hug the ground a little more.

In 2006, Isdera introduced the long-awaited, breath-taking Autobahnkurier AK116i, which was like a super-sedan that had come from the 1930s. In fact, the authors of the project repeatedly stated to various media outlets that the Autobahnkurier 116i took inspiration from the Bugatti Royale and the Mercedes Benz 540K Autobahn Kurier. 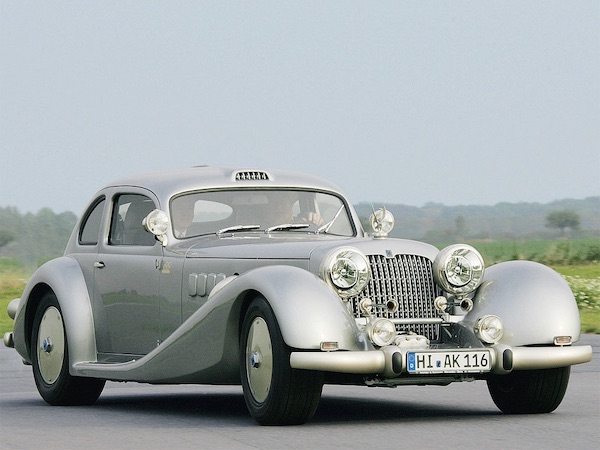 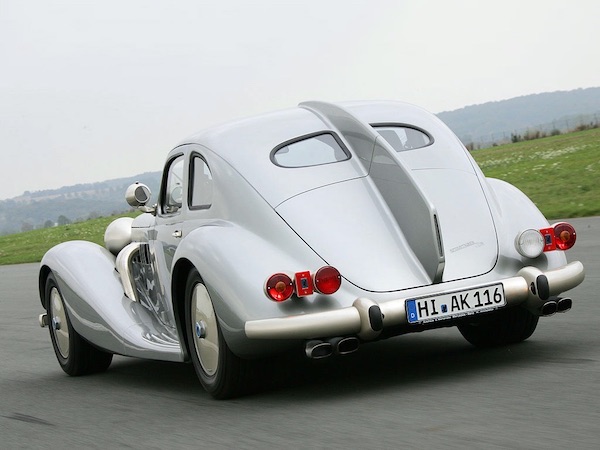 Development of the Autobahnkurier 116i started a long time ago. The first drawings have been presented in the late-1990s, and more serious construction work only began in 1998. The basis and skeleton of the car was the Mercedes-Benz S class – or more precisely. The W126 – which was not particularly new but was in line with what the engineers were looking for.

There was a huge internal combustion engine hidden under the bonnet. The designer brought two 5-litre Mercedes-Benz M117 engines into the workshop and connected them. Literally.

The engines were mounted in the car in such a way that they could operate in parallel or shut down when the driver wanted. For example, the engine marked NR1 drove the front wheels, while NR2 sent tremendous torque to the rear wheels. 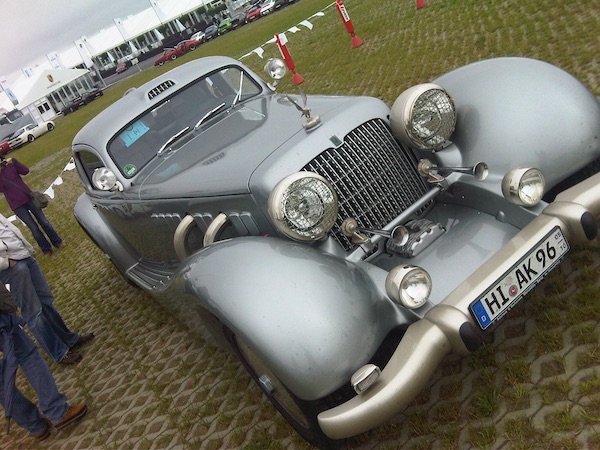 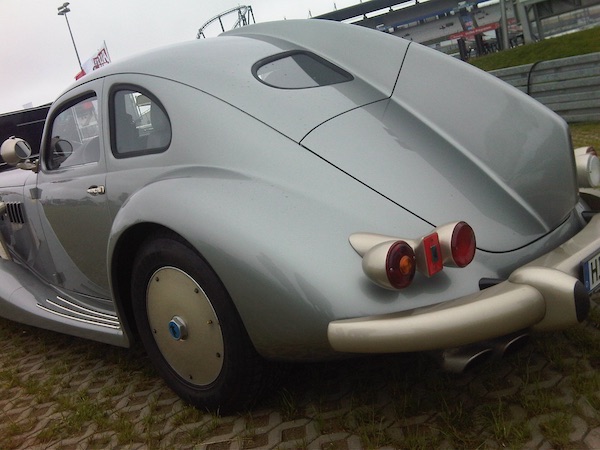 The two engines created a 10-litre, 600 bhp powerhouse tandem that could generate 900 Nm of torque. Ironically, the designer capped the speed at 242 km/h. Why? According to the author of the Isdera Autobahnkurier 116i, the top speed was limited due to the excessive appetite of the engines when driving over 250 km/h.

Even though the car had a 145-litre fuel tank. The 40 L/100 km fuel consumption only let potential Isdera Autobahnkurier 116i drivers cover a maximum of 350 kilometres with a full tank.