In the 1950s, the US economy boomed. It allowed for a vast country to flourish and take the title of the most powerful country in the world. A rapidly growing economy also created an opportunity for clever businesspeople to get enormous wealth for them and their children. One example would be the Gaylord brothers - they had substantial financial backing from the start, and in the 1950s, they decided to make the best car in the world.

James and Edward Gaylord were the offspring of an incredibly rich businessman. After their father created a hairpin, he didn’t even realize how fast this small, yet sometimes useful thing has brought millions of dollars to his bank account.

Having complete financial freedom, brothers could act as they wish. Travel the world, enjoy champagne and spend money without overthinking. However, like most people, they had one weakness - cars, especially those that came to the US from Europe.

Brothers were fascinated by Rolls-Royce, Bentley, Delage, Talbot-Lago, and Isotta Fraschini. Being jealous of the European cars, brothers decided it’s time to build such a car that would surpass any analog from Europe. 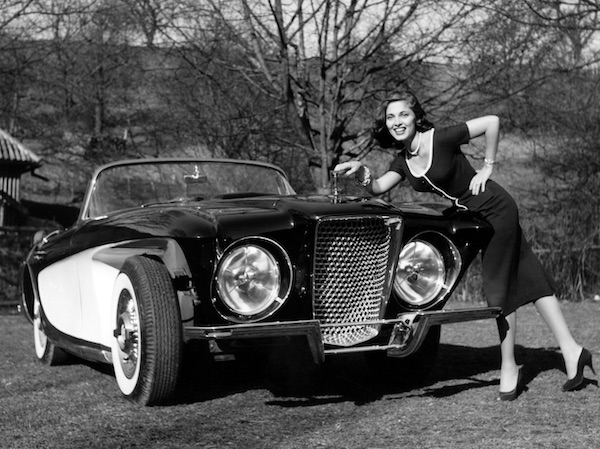 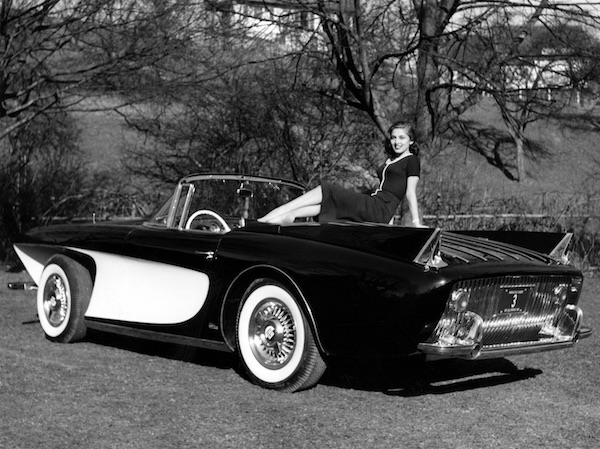 Driven by huge ambitions, brothers still had one disadvantage - they had limited knowledge about how cars are built, and what is needed to find an appropriate solution.

However, that didn’t stop them from trying. Brothers hired one of the most famous engineers and designers at the time - Brooks Stevens who managed to take care of necessary details. Different sources reported that the prototypes for public roads were launched in 1957 in Germany.

Project authors wished that their investments would pay off. For that, they had to find at least 25 buyers who would be willing to pay the deposit, and later the whole sum. Back then, this coupe was priced at 17,500 US Dollars, which was a staggering amount at the time. For the same price, you could buy four Chevrolet Corvettes. So, there’s no surprise why potential candidates that could buy such a car belonged to the world’s elite. Stars like Dick Powell, William Holden and even the famous Hollywood actress Grace Kelly that married a prince of Monaco - all showed a keen interest in Gaylord’s vehicle. 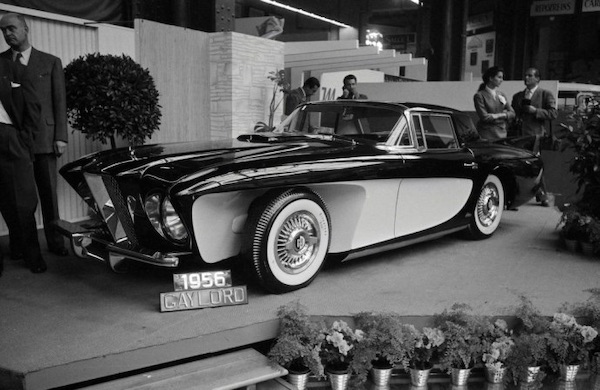 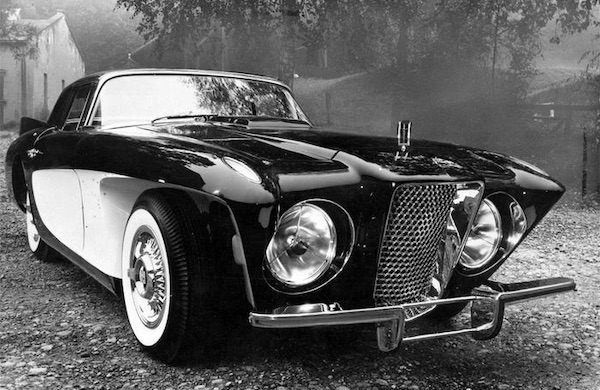 Tighter requirements for cars in the US created even more obstacles. For example, its sharp-shaped front with massive headlights was acceptable in Europe. However, it wasn’t in the US. Fearing of losing a broad US market, car builders made a few changes that completely reshaped the face of Gladiator. Together with new headlights and renewed front, wings that covered the front wheels were also implemented.

There were also a few changes under the hood. A custom bodywork makers Spohn that created the concept for Gladiator equipped it with 5,5-liter Chrysler engine. Meanwhile, prototypes for serial production used more modern and more silent Cadillac 8-cylinder aggregate that could reach 290 HP. It allowed a car of 1800 kg to reach 100 km/h in around 8 seconds. 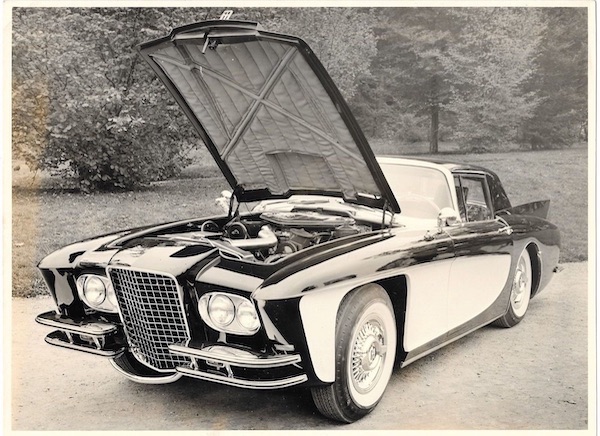 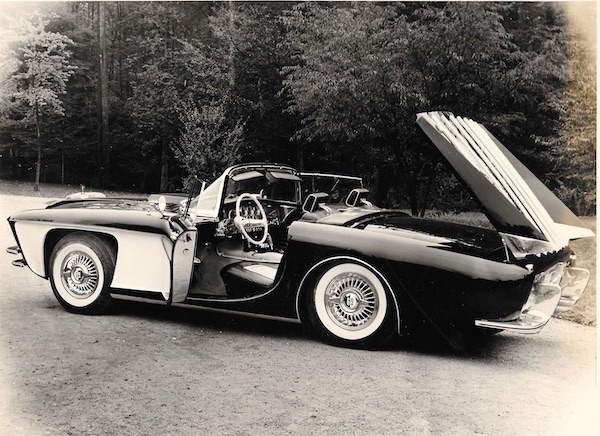 At that time, most American cars had one long seat in the front. Meanwhile, the authors of this unusual-looking car took the example from European analogs. Driver’s and passenger’s seats were separated by a transmission tunnel, leather-covered armrest, and gear shift lever. Convenient now, unusual then.

One of the most exciting attributes of a car was a foldable roof. Its core mechanics worked similarly to modern convertible systems. 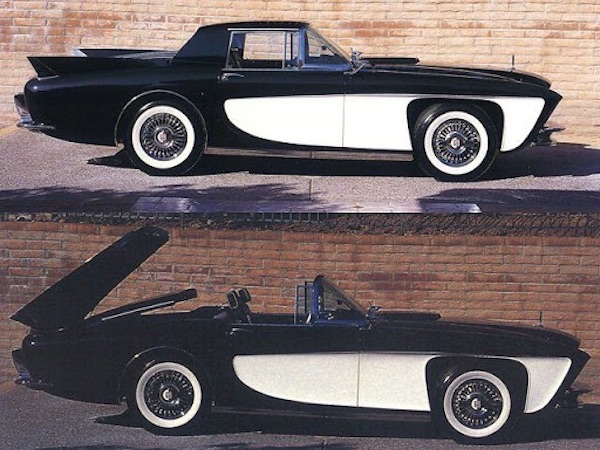 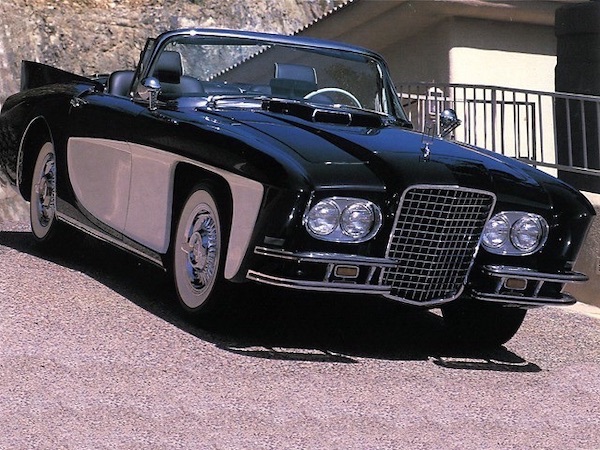 If you wanted to raise or pull down the roof, you would have to press a single button inside Gaylord Gladiator and voila - people around you start staring as if a miracle occurred. Rumours were floating around that Ford inspected Gaylord Gladiator prototype at the motor show in 1955 and later adopted the same folding roof solution in 1957 Ford Skyliner model.

Gaylord brothers spent millions of dollars on this project, hoping the car will reach at least partial serial production. However, they needed an extra financial injection. Was it a problem? Depends on how we look at it. Usually, authors of such projects go to the bank, take a massive loan and continue working. In this case, a progressive roadster was financed by brothers’ mom who eventually shouted out: enough! 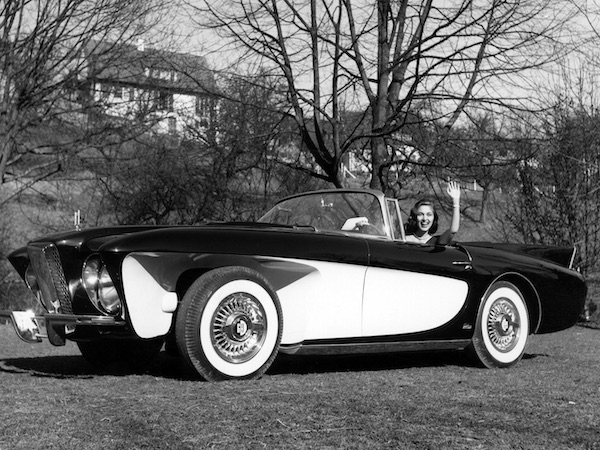 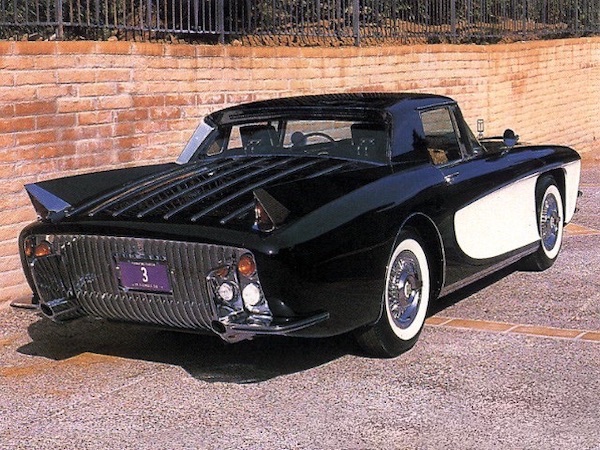 According to various sources, only a couple of prototypes saw the light of the day that, from the first glance, were suited for public roads. Two of them were exhibited at Silver Springs museum. One model also belongs to a German museum called Zeppelin Museum Friedrichshafen.