A sports hatchback is likely the most amazing type of cars that brings joy to enthusiasts with a limited budget. Well, at least that is how it was a few decades ago when sports hatchbacks had not reached their peak yet and did not have 250 HP or 300 HP power plants.

In the 80s, motors with turbines were scarce, and carbon fibre or smart electronic systems were installed only into very, very expensive vehicles. On the other hand, sports hatchbacks were cheap, fun and unpretentious alternative to such dull cars like Audi 80 or Toyota Starlet.

Back then, there were plenty of choices when it came to hatchbacks: Volkswagen Golf GTI, Peugeot 205 GTi, Ford Escort XR3i, MG Maestro, Renault 5 Turbo. You could say that the situation was as such: if a car manufacturer built a vehicle for your father, there is a decent chance that in the spectrum of brand’s models you could find at least one sports hatchback version of it.

Fiat is no exception

A compact class cars always were Fiat’s bread and butter. Until Fiat executives decided to build a successor to Fiat 128, the company considered many different ideas. You see, the upcoming heir had to surpass a car that in 1970 became Europe’s car of the year. Moreover, it was considered to be the best vehicle in its segment. 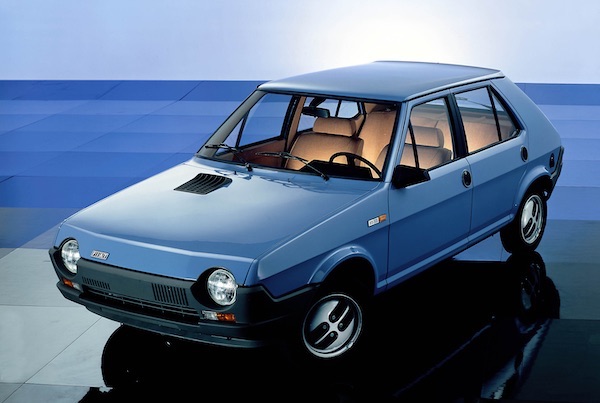 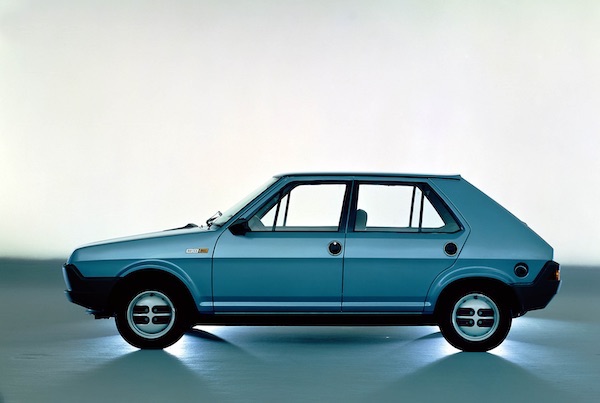 Knowing how important this task is, Fiat acted like any other carmaker of such calibre would - the company invested in technological progression. Debuting in 1978, this baby was one of the first cars in the world that was made by a robot. Fiat always dedicated a lot of investments to automating production. However, by making Ritmo, the manufacturer proved to the whole industry that Fiat is ready to use technologies that increase the production effectiveness and the quality of a product. However, that was not all of it.

While making a brand new hatchback, Fiat got help from Bertone design studio specialists that were famous worldwide for their innovative design solutions and the ability to think out of the box. Just by looking at Ritmo, it was more than evident.

Quite rigid, but also sleek body shape allowed engineers to create one of the most aerodynamic hatchbacks of that time. Fiat Ritmo which debuted in the 80s could boast of a drag coefficient of Cd=0.3. For comparison, the first-gen Mazda MX-5, as well as 2003 Volkswagen Beetle had the same aerodynamic coefficient.

Abarth workshop was always the place where the most exciting ideas for Fiat Group projects came to life. Abarth branch helped to create more than race cars for various motorsport disciplines. The company also contributed to doing projects for public road cars.

The most sport-ish version of Fiat Ritmo did not come out immediately. It took four years, so when in September 1981 the community of car specialists gathered in Frankfurt International Motor Show, they saw a new Ritmo hatchback version in the Fiat booth - Fiat Ritmo Abarth, also known as Fiat Ritmo Abarth 125 TC. 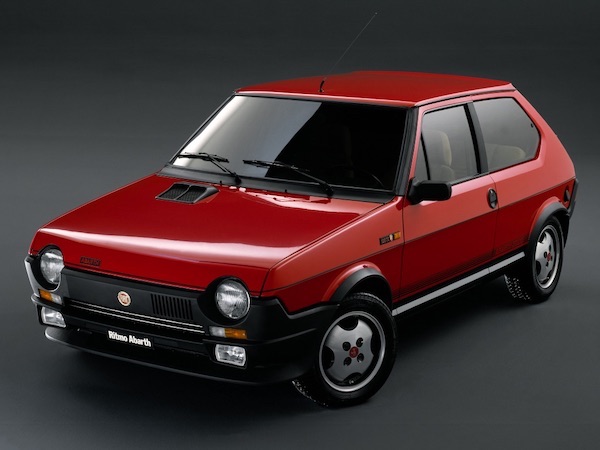 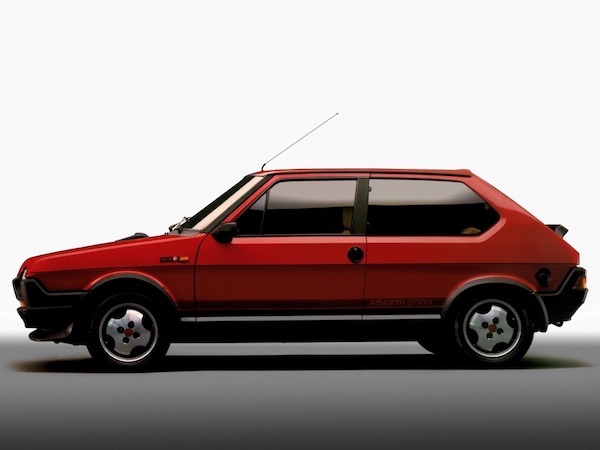 A new version of a model was different from previous ones because of the rims and new body style. However, the best parts, as always, were hidden beneath its exotic appearance.

After two years, in 1983, the company presented the upgraded 2nd series Fiat Ritmo Abarth version. It had a bit more powerful engine with 130 HP and 175 Nm torque. However, Abarth also refused the idea to use one Weber carburettor. Instead, the model had two carburettors (Solex or Weber) which posed most advantages at the time when the engine worked on average torque.

Worth noting that Fiat Ritmo Abarth was the only car in its class that had carburettor inside the engine cabin. The remaining Ritmo Abarth competitors used more advanced and more effective measure - direct injection. 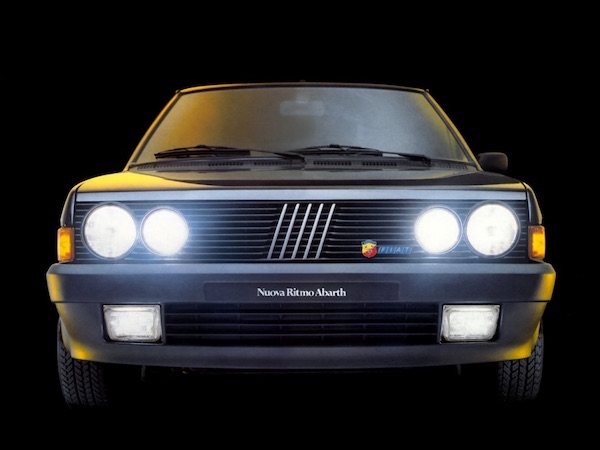 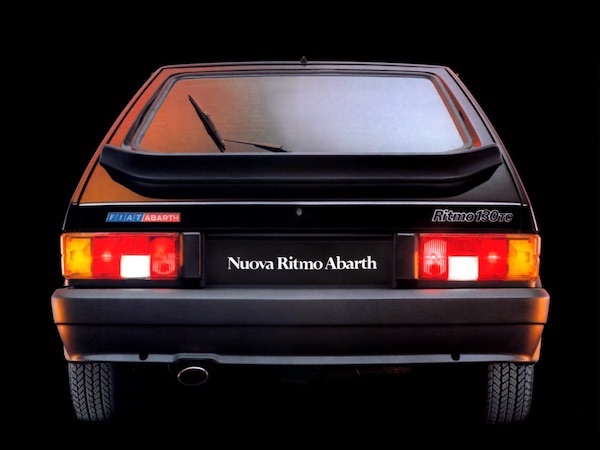 During a considerable Fiat Ritmo production time frame, almost 1,800,000 different Fiat Ritmo models rolled out into the public roads. Despite that, the hatchback quickly vanished in the shadow of the main competitors.

The fanbase of 1st gen Volkswagen Golf GTI or Peugeot 205 GTi is not getting smaller. Meanwhile, a chance to see Fiat Ritmo Abarth on the street remains rare. 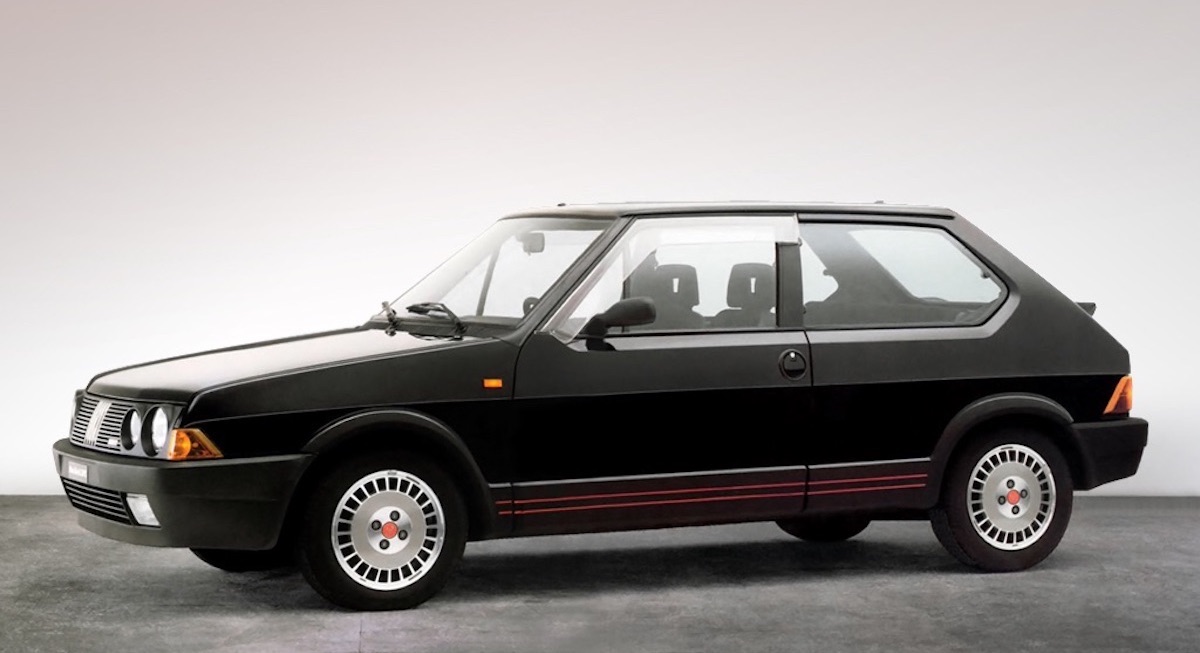 The reason for such a low interest can be justified by the car’s appearance, which did not please everyone. Add some stereotypes about Fiat durability, and we have what we have.

Despite all, the scarcity and uniqueness are very beneficial to current Fiat Ritmo Abarth owners. It is unlikely to find this car in good condition for sale less than €15,000.