Audi A4 Quattro Super Tourer: A Car Unlike Any Other

The 1990s were interesting for many reasons. Especially if you’re crazy about motorsports.

After some impressive yet fatal racing from Group B rally cars, they were replaced by the much more modest, but significantly more competitive and relentless Group A and WRC class cars, which gave us some fierce battles between the likes of Colin McRae, Richard Burns, Carlos Sainz, Marcus Grönholm and Tommi Mäkinen.

We could see a similar situation in the circuit racing championships. Especially the ones that had Super Touring cars in their lineups.

Super Touring – what is it?

In 1990, the organisers of the British Touring Car Championship (BTCC) decided to create a new class of cars – the 2-litre Touring Car Formula. According to the original idea, cars with an engine displacement of two litres, a maximum of six cylinders, and either front- or rear-wheel drive would be eligible to compete. This was to limit the number of turns to 8500 rpm. 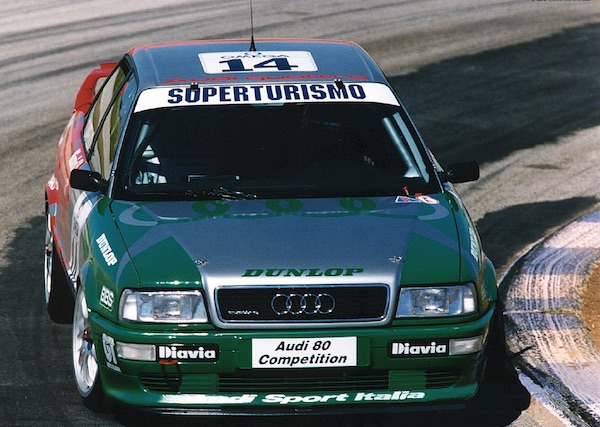 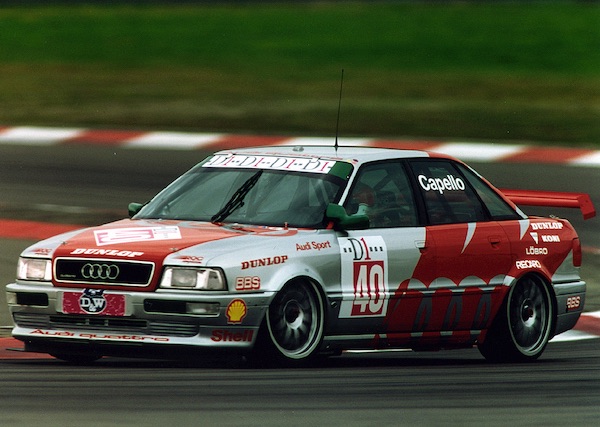 However, the thing that manufacturers liked the most was that they were not obliged to create a street-legal version. This reduced costs for manufacturers considerably, while also increasing their interest. And just three years later, the formula invented by the BTCC was officially validated by the Fédération Internationale de l’Automobile (FIA), which decided in 1993 that all Super Touring cars should be developed using this formula.

Soon after, Toyota, BMW, Opel, Nissan, Ford, Mazda, Peugeot and even Volvo were all developing cars for this particular class. And even though the cars in this new class only had motors that could generate around 300 hp, compared to models of a much more serious calibre, they had much more efficient braking systems, were much lighter, and featured better handling. The racing drivers soon noticed that these little front-wheel-drive cars were faster than their huge rear-wheel-drive counterparts.

Alfa Romeo added some more commotion to the championship when they decided to use adjustable aerodynamic elements that gave them a huge advantage. In light of the results demonstrated by the Italian cars, the race organisers officially authorised the use of different types of aerodynamic elements in 1995, which caused engineers to lose their heads. 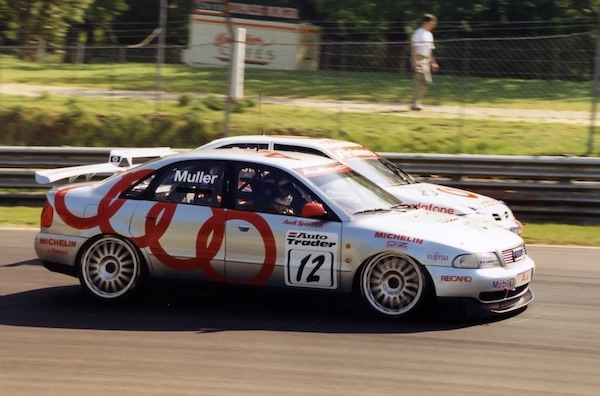 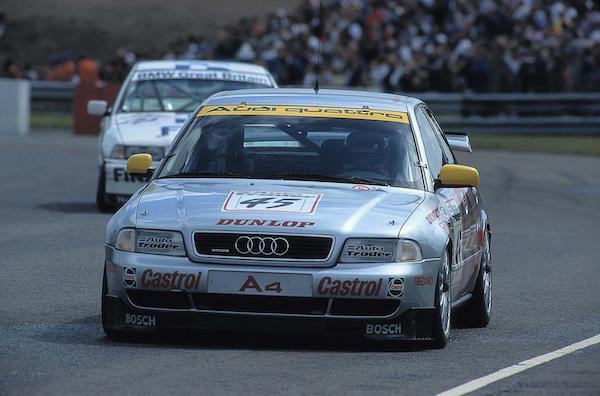 If you still think that Audi doesn’t have enough experience in the motorsports arena, just look at Audi’s achievements in different motorsports disciplines. Especially in circuit racing, where Audi has been active since the 1980s, when the Audi 80 Quattro dominated in different corners of Europe.

It’s only natural that the Audi 80 Quattro’s successful career prompted the Audi Sport division to come up with a suitable successor for it – the Audi A4 Quattro, which already began to dominate the German and French circuit racing championships in its first season. 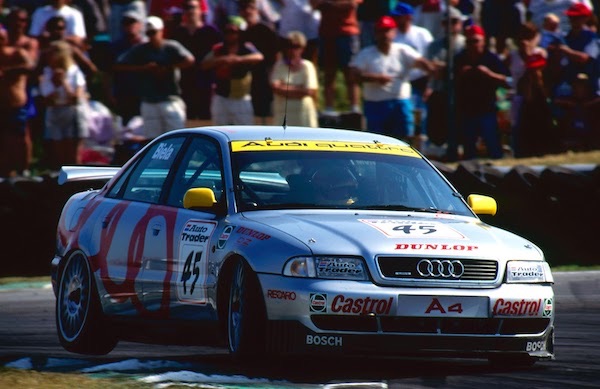 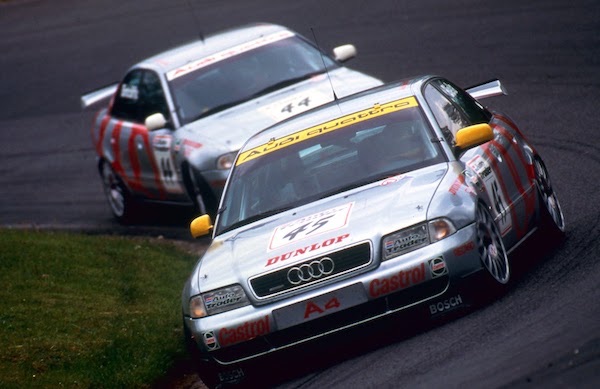 Compared to the Audi 80 Quattro, the rounder and sleeker Audi A4 Quattro delighted engineers with its longer wheelbase and increased track width. And even though the A4 Quattro’s suspension configuration was very similar to the Audi 80 Quattro, the forged wheels, Eibach springs, Koni shock absorbers, four-wheel drive and almost flawless dynamics made it possible to mask what was perhaps the Audi A4 Quattro’s biggest drawback – the four-cylinder engine that was neither as powerful nor as effective as those of its rivals, which occasionally resorted to six-cylinder units.

However, what were not the best dynamic properties were counterbalanced by the car’s impressive cornering and the smooth functioning of all its components. In fact, this Audi A4 Quattro was considered to be the most reliable sports car of its time.

The organisers of the BTCC decided that the Audi A4 Quattro had to carry ballast, which added 95 kg to the German car. And that was just the beginning, since the extra weight just kept growing and growing; but even that couldn’t destroy Audi’s advantage, and the Audi Sport team finished the 1997 season in a respectable second place. 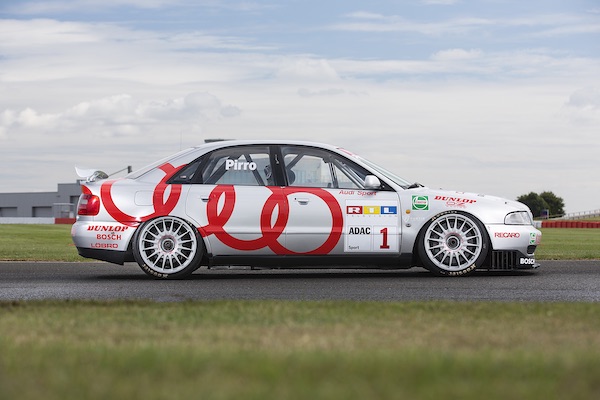 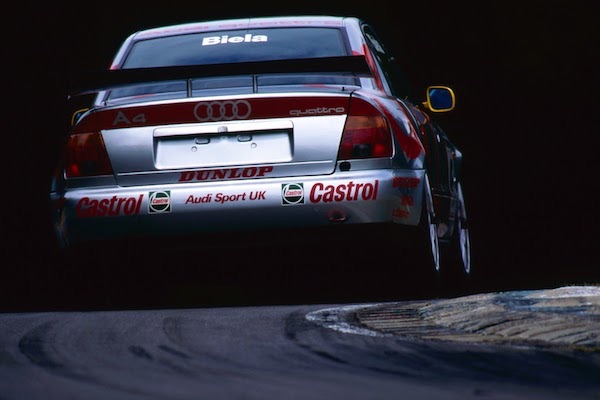 More gloomy clouds began to accumulate over the Audi Sport team even before the start of the 1998 season, when the BTCC organisers announced that they were banning four-wheel drive, which meant Audi losing its main advantage.

Naturally, after the mediocre showing at the BTCC, Audi Sport decided to officially retire the Audi A4 Quattro from circuit racing. While recent years have not been particularly successful, the number of titles won speaks for itself. Audi A4 Quattro has helped to win as many as 15 champion titles worldwide, in just a few years