Many car company CEOs have said that the future lies not in electric cars but in hybrid vehicles. Well, at least for now. But should it be surprising? Probably not, because hybrid-powered cars have the advantages of two types of machines.

If needed, the car can drive on the road using only electricity, which is very handy when rubbing asphalt in a city or a traffic jam.

An internal combustion engine can have its moments when driving out of town. This engine allows the hybrid vehicle to drive until the fuel tank is empty.

To some, the hybrid drive seems to be a newly discovered technology. Many consider Toyota to be the pioneer of hybrid cars since it introduced the popular Prius in 1997.

Indeed, the largest automaker in the world has made a significant contribution to the promotion and development of the hybrid drive. But the person behind this idea was born well before Toyota, or even many other carmakers. The first hybrid car was built much earlier, not even 40 or 60 years ago.

Meet Armstrong Phaeton, the first hybrid car to appear in 1896. Armstrong Phaeton was created at the initiative of an extremely talented and skilful engineer, Harry E Dey. This man devoted his entire life to creating an electric vehicle suitable for everyday use. 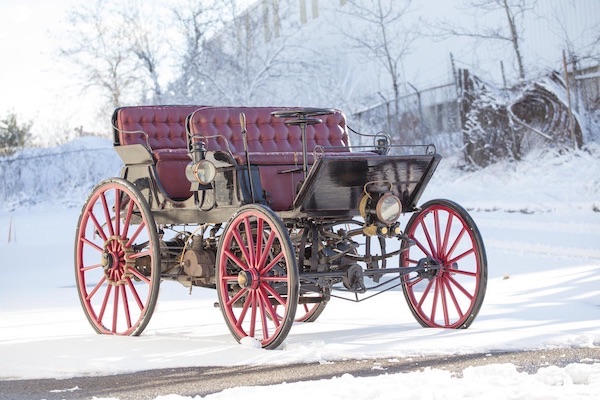 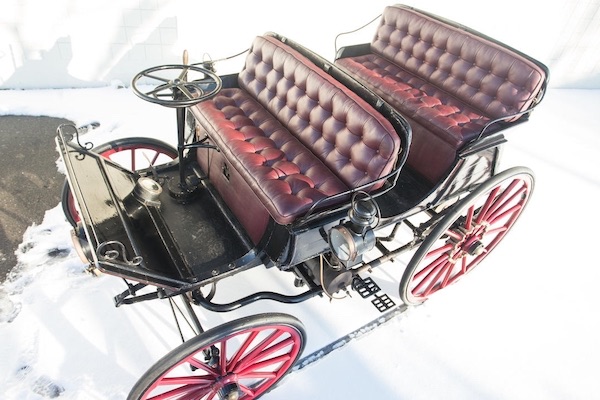 Harry E Dey believed that electric vehicles have a bright future. However, like many others, he has faced the biggest problem with electric cars, which is the fact that batteries are running out of power and the technology is not able to keep up.

Harry E Dey created his first electric car in 1895. The concept of a quiet and environmentally friendly vehicle soon found an abundance of fans, which was like a huge burst of motivation for the executive of a newly established company. 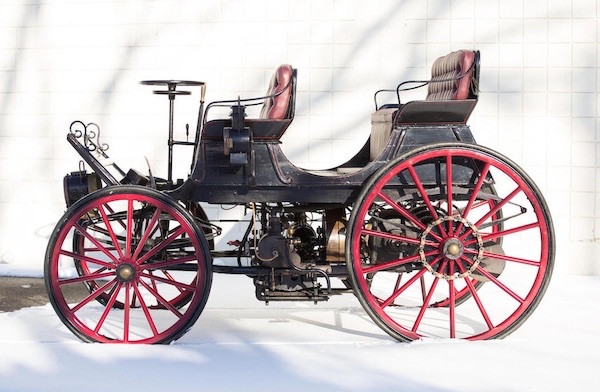 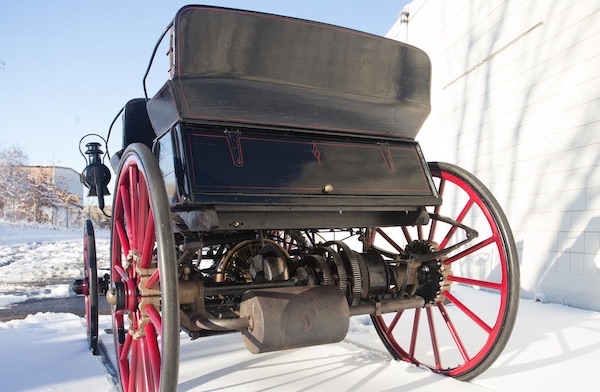 Soon, the talent and interesting ideas of Mr Harry E Dey were noticed by Roger Mechanical Carriage Company, which sold Roger-Benz cars under a license from Benz & Cie (now Daimler) in France.

When Emile Roger (founder of the company) finally realized that the United States had enormous potential, he went to many exotic-sounding countries. There, he began looking for partners who could improve the carriage to the American needs. And what do you think? Harry E Dey was one of those entrusted with the task of refining the success recipe of Roger Mechanical Carriage Company.

To the surprise of many, Harry E Dey was reluctant to make some, albeit minor, modifications and enjoy his soul-warming earnings. Instead, he decided to create a brand new vehicle to meet the needs of two types of customers. One for those who want to cover certain distances by electric travel only, and for those who drive long distances on a daily basis. Given these two criteria, Armstrong Phaeton, probably the first hybrid-powered car, was born.

Naturally, the most interesting feature of this car is its hybrid drive, which consisted of a petrol-powered, 6.5-litre, two-cylinder engine, not the most powerful battery and a DC generator. This combination allowed the Armstrong Phaeton powerplant to start without the use of then-popular starter handle. That is an impressive achievement, considering that it became a standard 16 years later with Cadillac. 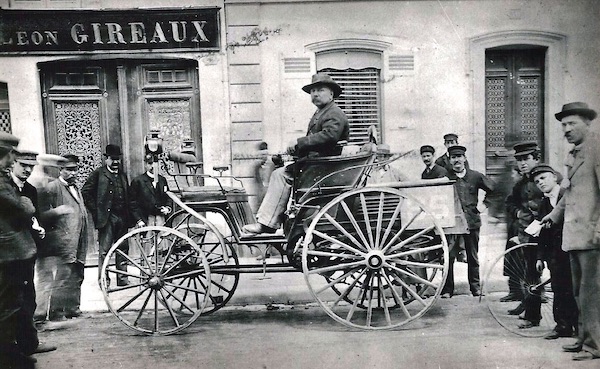 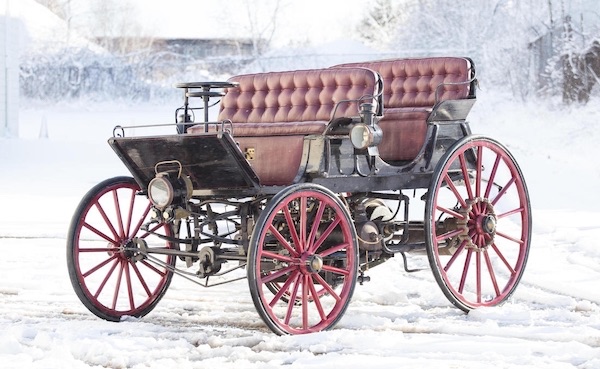 It is worth noting a few other impressive innovations that have been discovered in this Armstrong Phaeton. These include an electromagnetic clutch and a three-speed automatic transmission. It was one of the first cars to show that the clutch pedal was not necessary for the vehicle. In addition, various sources say that Armstrong Phaeton has developed such a high torque that he has even been able to break the wheels of a primitive-looking carriage.

The innovative car concept quickly caught the eye of Emile Roger, who soon founded the American Horseless Carriage Company. It was a subsidiary of the Roger Mechanical Carriage Company, under whose wing the Harry E Dey project was to be developed.

Soon, the newly founded American Horseless Carriage Company also found a partner contractor. It was Armstrong Manufacturing, a Connecticut-based company that has always been able to help with a variety of industrial projects. So, with all the necessary points on “i”, it was time to cross the finish line. 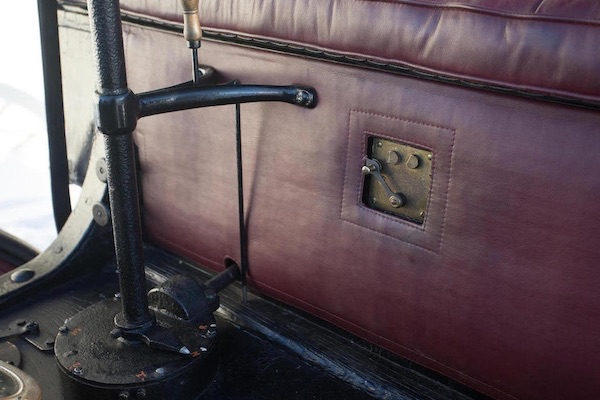 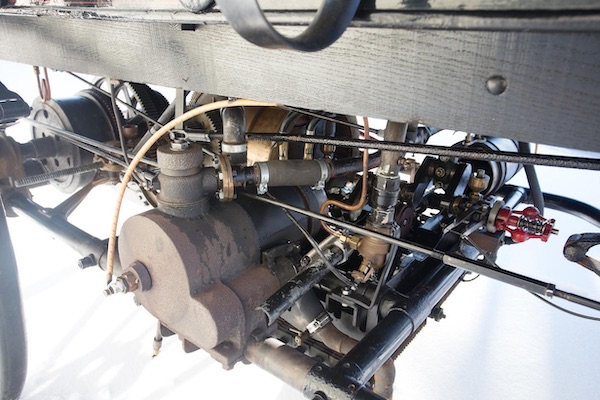 When the fateful moment came, the bank account of the American Horseless Carriage Company emptied. Apparently, preparing a sophisticated car for serial production cost much more than the CEO expected. The expired funds led to the bankruptcy of the American Horseless Carriage Company and the abandonment of the only prototype in the world at Armstrong Manufacturing.

Hybrid-powered Armstrong Phaeton stood in the corner of a small factory until 1963, until it was pulled into a warm, private garage by Armstrong factory worker.

It was there until about the mid-1990s until a British car enthusiast Robin Loder bought it. It was he who undertook a complex and very expensive car restoration.

So what is the value of this car now? We wouldn't be surprised if Armstrong Phaeton was priced today at $1,000,000, as a copy of the Armstrong Phaeton that was restored a few years ago went to a new home for $483,400.