Dodge Announced The Retirement Of Its HEMI V8 Muscle Car - What Does It Mean For American Car Culture? 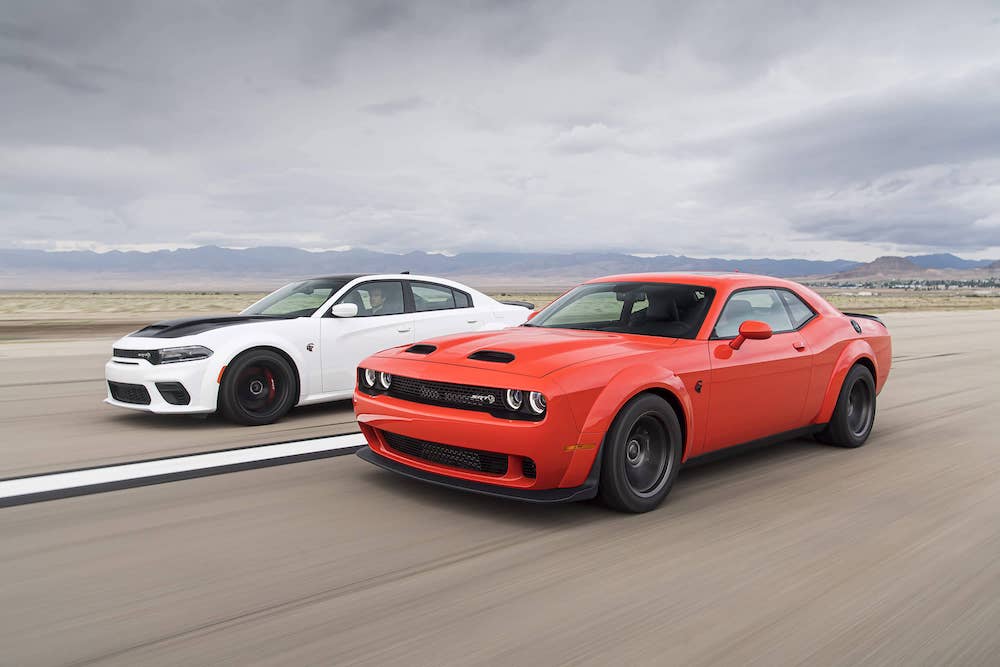 Despite being born in Britain, there are several reasons why I’m not particularly good at the whole “British” thing. Being a petrolhead though, that’s where I really let my compatriots down, because I genuinely love US muscle cars with a V8 engine.

However I analyse my American muscle car fetish - and believe me, I have done so several times - the answer always comes down to the fact that these vehicles were conceived in 1960s boomtown America to provide the blue collar worker with cheap automotive thrills. Now those thrills look to be threatened, and nearing their ends.

Muscle cars represent freedom and joy in their purest form; the two main emotions why most of us car people are drawn into the fascinating-yet-nerdy world of the automobile in the first place.

All of the above considered, then September 2022 proved to be yet another strange month in what has already been a cruel and unusual year to say the least. 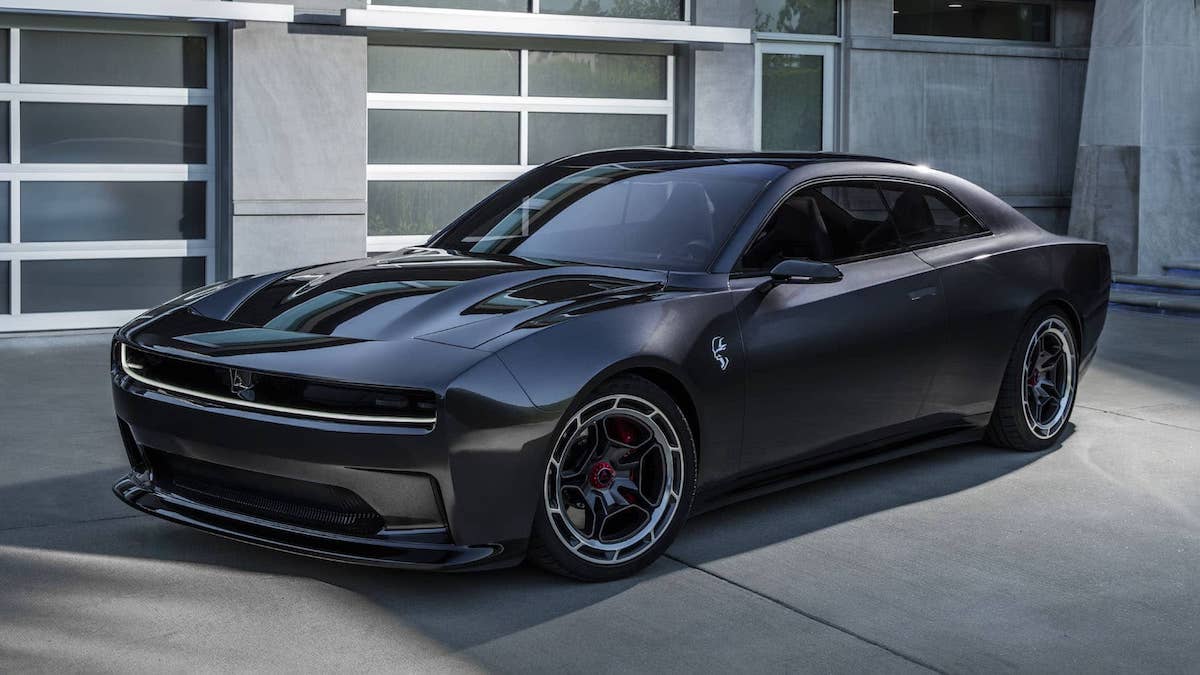 Whilst the future of the Chevrolet Camaro has been up in the air for some time and Ford introduced what is slated to be a final “Fuck You” V8 along with its latest-gen Mustang, Dodge was actually the first carmaker to announce that it would cease production of its legendary HEMI V8 muscle cars - the Challenger and the Charger. By December 2023, these iconic names will have been put to rest, and replaced by a full-EV for the forthcoming year.

Be not mistaken - the replacement for the Charger and the Challenger, the Dodge Charger Daytona SRT, is wicked cool. The 885bhp beast’s styling invokes stirrings of the slightly murderous looking 1968 Charger R/T, and for those who decry the lack of a soundtrack that comes with an EV, Dodge has managed to ensure it emits a visceral, banshee-like wail from its (artificial!) tail pipes.

What’s more, ahead of the EV switch, Dodge is ploughing through its illustrious back catalogue to ensure the V8 HEMI goes out to the obnoxious shouty soundtrack it deserves. After all, this is Dodge. Muscle cars have been its bread and butter since the Founding Fathers were trying to forge the United States between rounds of drinks.

At a dealership near you later this year, expect to find a plethora of special edition Challengers and Chargers wearing historic names that evoke Strong American Feeling within petrolheads; names such as Super Bee, King Daytona, Black Ghost and Swinger. No, I’m not inviting you and your wife to come back to the caravan. 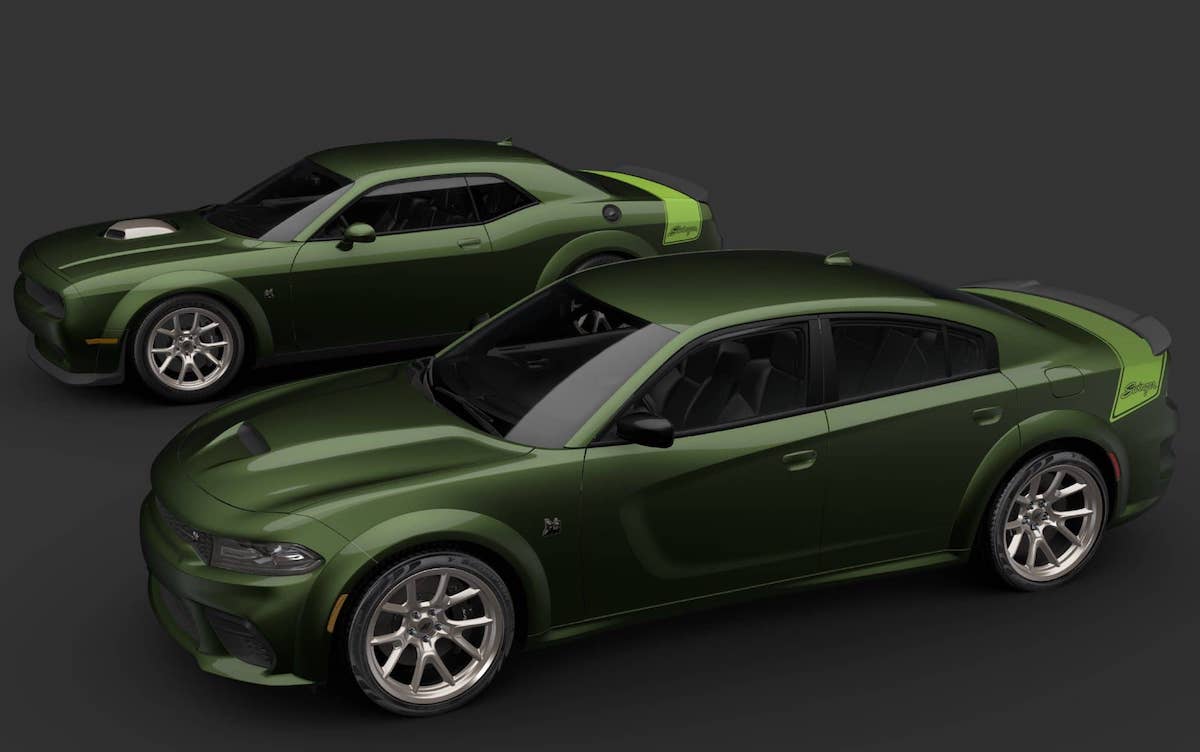 The previous two paragraphs above are exciting for a car person - imagine driving around in a car called a King Daytona, you’d feel like a low-flying God! - but I can’t help but shake the feeling that Dodge’s decision to phase out its V8 heralds the final curtain for something that transcends being “just an engine” - throughout the decades, the American V8 has morphed into a piece of automotive folklore that has captured the hearts and imaginations of petrolheads around the globe. It’s - and apologies for using this word - an icon.

Constantly pondering whether this is *IT* for the American Muscle Car Proper, I sent a message to my friend Lalita Chemello, the Managing Editor of Jalopnik. A native of Detroit, the once-beating heart of America’s thriving automotive industry, Lalita is also the only US-based petrolhead I know and one of around six people who share my love for NASCAR. We bonded over the latter.

Her response to my question about whether we are witnessing the demise of the V8 muscle car is surprising to say the least. The Polestar 2 - a great car, and the one single handedly responsible for my own EV conversion - plays a significant part in her answer.

“There will always be a small group incredibly resistant to the death of the V8,” she explains. “I understand it, because the V8 has been a solid cornerstone in America’s car culture. There’s a reason you can pull up to any weekend car show and people will park with the hood open, because they want you to see that precious, hearty block of American muscle.” 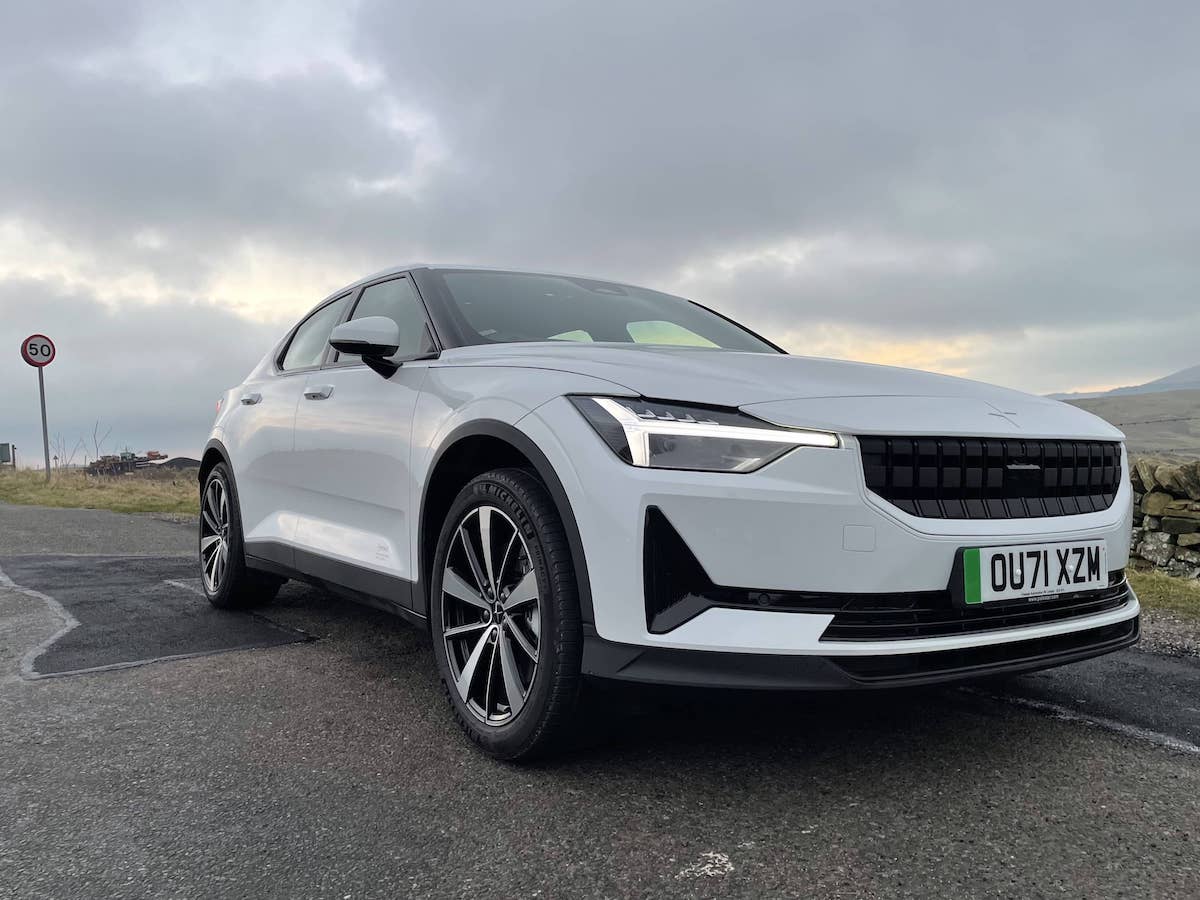 The Polestar 2 is a favourite of both Jalopnik and Dyler - here is the Single Motor we tested back in January this year and it was superb
© Dyler.com/George East

“However, the most diehard of enthusiasts are honestly quite open to electric vehicles. I brought a Polestar 2 to a local car show, and it’s an event that typically draws a crowd of muscle and pony cars, and people were intrigued, interested, and not seemingly resistant to the change.

“Once you explain the difference in the instant torque and “throttle” response you can get in an electric vehicle and compare it to those heavy big- or small-block engines, people seem to get a little more interested. 0-60 times can also go a long way.”

The EV As A New Addition To The American Automotive Scene? Not So Much - Ask John D. Rockefeller

The subject of electrification is an interesting one, and it adds another layer to America’s already-rich car culture. Lalita points out that the EV has always been part of the US car industry, and refers to the Detroit Electric - an electric car produced by the Anderson Electric Car Company.

From 1907 to 1939, some 13,000 of these ground up EVs were made and owners included Thomas Edison, John D. Rockefeller Jr, Mamie Eisenhower, and John Proteus Steinmetz. This is a piece of car trivia I didn’t know. I feel all the better for learning it.

With connoisseurs of the big and small block V8 are seemingly open to EVs, Lalita feels that how US car makers apply electrification to their next generation of muscle cars will be key to ensuring the survival of the segment. Without retaining the DNA of what made these cars so beloved, and so entrenched in US car culture from the outset, then it is unlikely that certain brands will survive the bright new era of electrification. 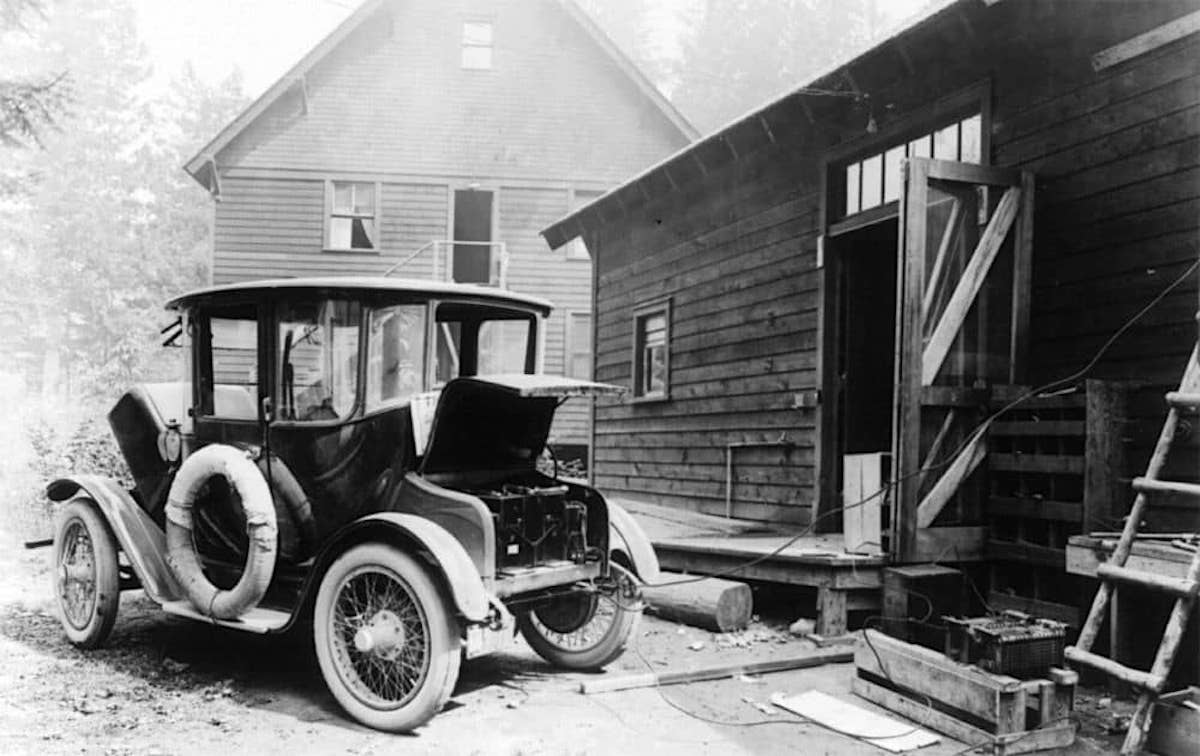 “This will all boil down to what is offered in place of those V8 cars,” she says. “For instance, the upcoming electric Corvette C8 is one of a few on the list of most important American enthusiast cars, and the execution of how it feels will make or break enthusiasts.

“It takes me back to my first time behind the wheel of a Porsche Taycan. Sure, it’s not an ICE. But when I got into the car, you felt it was a Porsche and Porsche kept that feeling throughout its electrification. Retaining that is vital here.

“I honestly think electrification is giving auto manufacturers a chance to try out things that certain transmissions, drive trains and engines kinda limit. There’s room to explore new shapes and stylings, which I think will add a nice band of colour to the automotive history being written today.”

With Electrification An Inevitability, What Does The Future Hold For The American Muscle Car?

Despite my initial scepticism, Lalita’s insights fill me with a sense of hope that’s been a rare bird to come across in 2022. There is no getting away from the fact that the V8 - at least as a mainstream engine in muscle cars - will move aside and be replaced by an alternative power source, EV or otherwise.

Happily though, the foundations for the muscle car’s electrified future have been laid. Audiences are receptive, and Dodge was the first to take the step into this brave new world. For that, the beleaguered carmaker - and Dodge is very much hanging on by a thread - should be applauded. 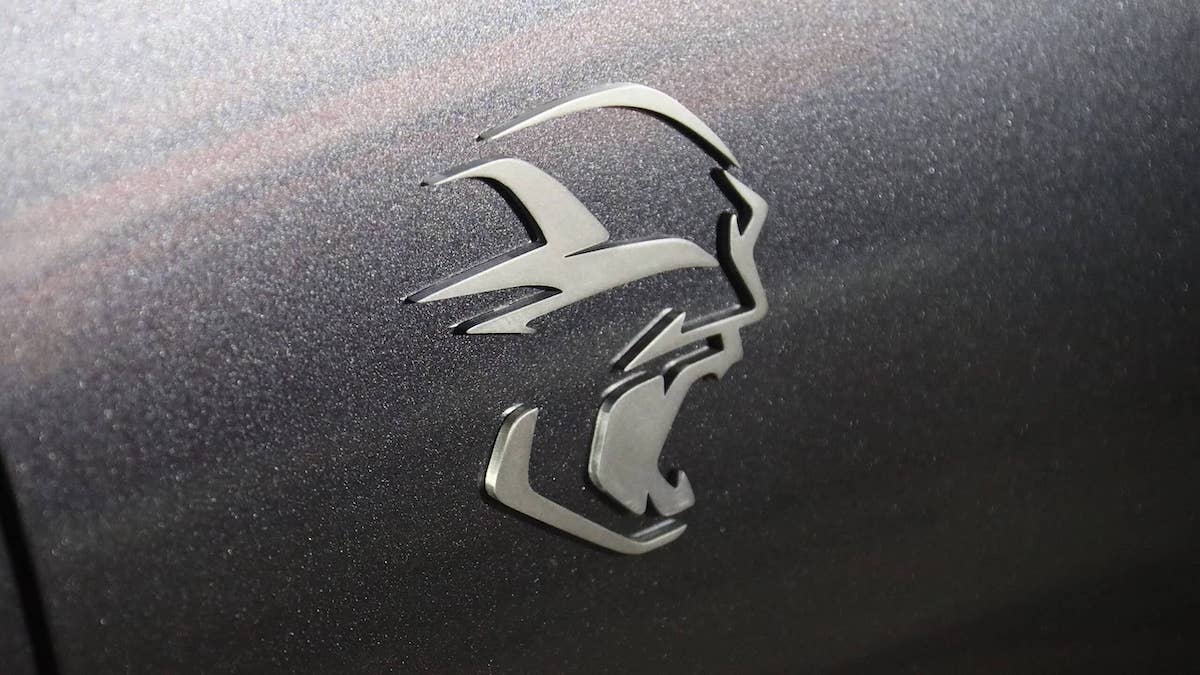 The next-generation of muscle cars depends largely on how US carmakers adapt, yet would be churlish to doubt them. After all, the ebb and flow of change is one upon which the automotive world thrives. Furthermore, as we’ve discovered, the US car industry was also an early adopter of electrification.

Knowing what I know now, I wholeheartedly hope that the future’s so bright for the muscle car, we all gotta wear shades…

In the meantime, if you have now decided that you would like to own an American car as part of your collection, please click these yellow words to browse the thousands we have listed on our website!