Holding the title of the fastest serial vehicle ever, the McLaren F1 is a scarce car with just over 100 units made. But two of them went to their makers' workshops again to become even more special.

After the McLaren F1's absolute victory at the Le Mans race in 1995, the British company immortalized this achievement by producing an extreme version of the F1 LM - only 5 of which were sold. It was a pure-blooded racing car with a heavily dismantled cockpit and hard suspension - the opposite of the regular F1 model, which was adapted for everyday use. 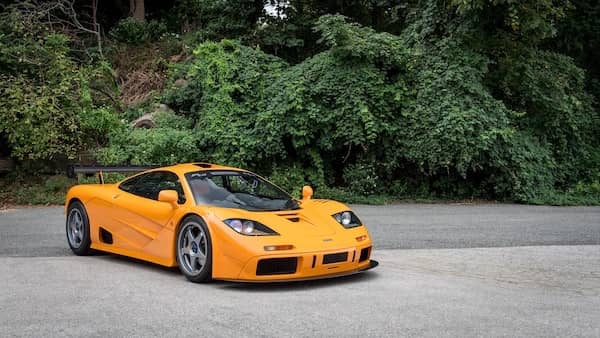 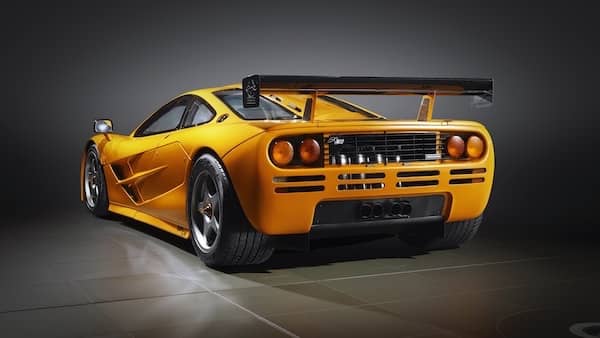 Including the XP1 prototype, which remained McLaren's property, the world saw four new Bruce McLaren racing team LM cars of orange papaya colour and two black ones. The last two and one orange belonged to the Sultan of Brunei, the owner of the mysterious collection.

However, two other McLaren F1 cars also carry the LM name - or more specifically, the LM Specification. These are two supercars that have been converted to LM versions by being reintroduced to the McLaren Special Operations (MSO) unit. McLaren customers have the privilege of taking their cars back to the factory for minor or significant improvements. For LM Specification, the upgrades were extraordinary. The MSO retained a comfortable standard interior and other benefits for the cars, but the natural-aspirated engine was redesigned to the racing 680 hp GTR specification. The look has been changed by the LM aerodynamic package, which provides greater clamping force. 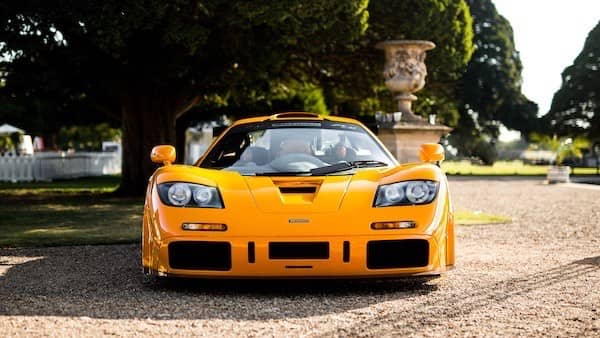 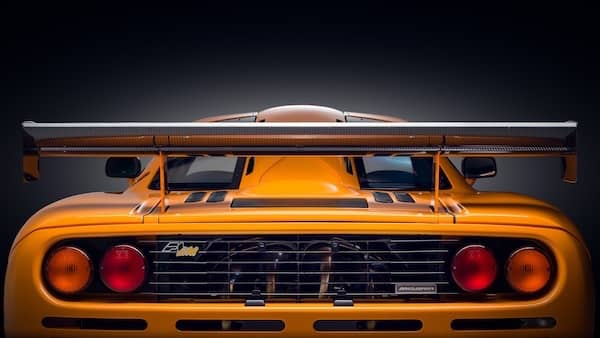 The serial numbers of these models are 018 and 073. The first was manufactured in 1994 and the second in 1998. LM Specification caught the attention of car enthusiasts after attending RM Sotheby's auction in 2019. They were sold for $19,805,000 and $13,750,000 respectively. What makes them so special? If to answer in one sentence, this is probably the only McLaren F1 you can drive on public roads and enjoy the racing specifications. These models have been used around the world by previous reputable owners to attend events at prestigious clubs. 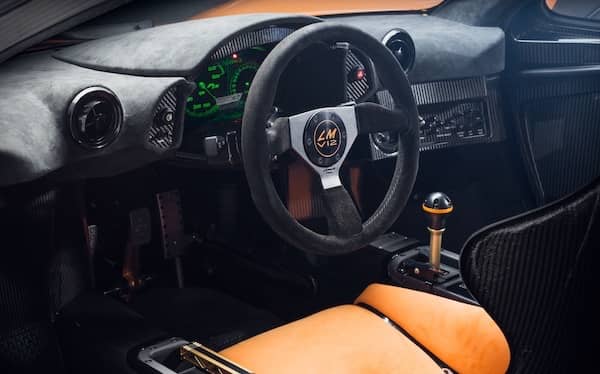 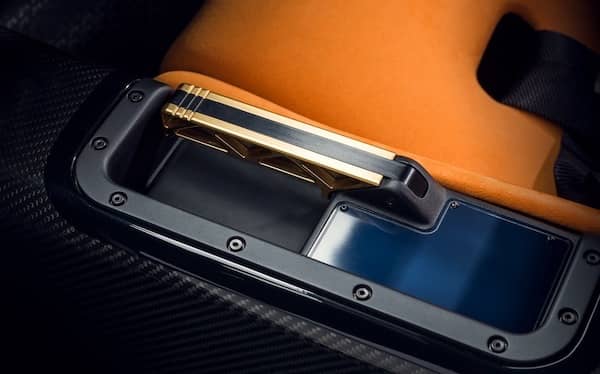 The grey 018 has an improved air conditioning system, gas discharge type headlights (as the standard is identified as the weak F1 spot), a sportier 14-inch steering wheel. Shock absorbers and springs have been changed to the racing type, but to the one that is softest. The larger 18-inch wheels have replaced the standard 17-inch wheels. The salon has also been completely redesigned - re-upholstered in beige and brown leather and Alcantara. By the way, until the refinements, this car’s colour was Midnight Blue Pearl.

Its first owner resided in Japan, and in 2000, the later German owner decided to transfer it to MSO in Surrey. In 2004, the car came into the hands of a collector in Singapore, and in 2007 moved into New Zealander’s custody. The owner once again returned the vehicle to MSO. This time, the car’s brakes, chassis, engine and its exhaust system has been thoroughly re-engineered. Despite decades of change and change of ownership, this car has a mileage of 21,500 km. The fact that this car outperforms the 1995 Le Mans winners by its clamping force is impressive. 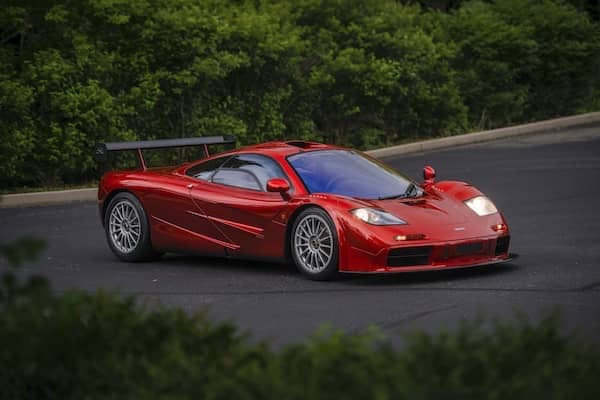 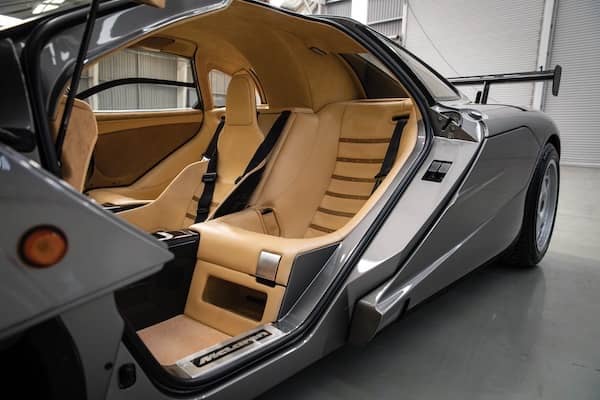 A total of 106 McLaren F1 cars were made, of which 64 were able to take part in traffic. The 071-tagged F1 was the penultimate of all manufactured road vehicles and also fell into the hands of the MSO for LM Spec improvements.

More interestingly, the 1998 car still did not reach the home of the first owner, and after a little while in Woking, it was handed over to engineers and designers. After their work, the car changed beyond recognition and not because the AMG Green Velvet was changed to metallic orange. 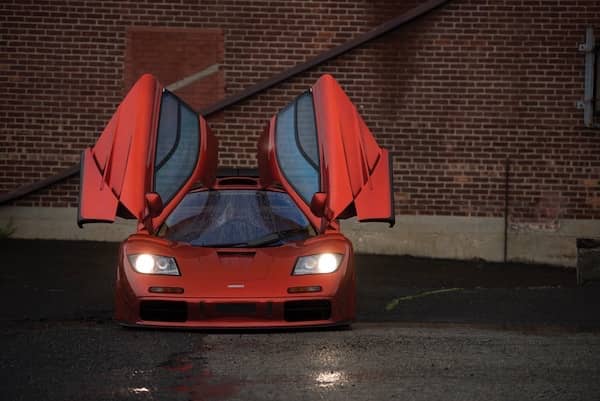 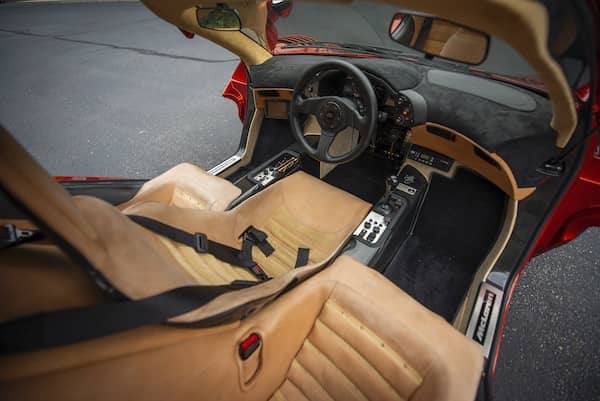 As with the 018, GTR engine got up to 7,800 rpm/min with replaced pistons, shafts, loosened air supply system, and more powerful air cooling system. The LM aerodynamic package has modified not only the appearance but also the control features with a 4mm Gurney flap for more excellent stability at high speeds. The cabin was replaced with magnolia leather and Alcantara upholstery. There was also enough space for the Phillips navigation system and the helicopter-level radio and intercom system. The latter allows passengers to communicate freely, even when the engine is working at 7,000 rpm. 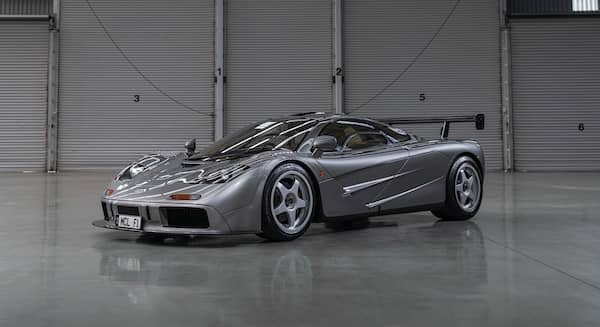 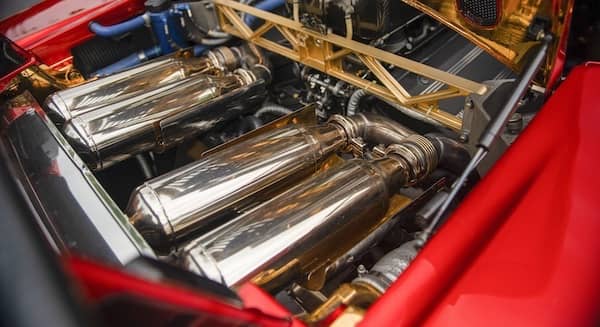 As the experts note, these McLaren F1 LM Spec are also special because of a three-seat interior. This layout was used to provide better visibility than a conventional seating layout. Almost 3 decades later, McLaren reintroduced a three-seater supercar with the Speedtail that was unveiled in 2018.