The Le Mans-winning C-type and D-type, the XK140 and XK150 sports cars, the legendary E-type (and lightweight E-type), the XK13 prototype, the XJ sedan, and the XJ-S and XJ40 models. No, this is not the collection of a die-hard British car lover – it is the automotive CV of former test driver and Jaguar chief development engineer Norman Dewis.

Born in 1920, Dewis flew Blenheim bombers during World War II and worked for a small motor manufacturing company called Lea-Francis before joining Jaguar. After getting an unexpected offer from Jaguar, he began an impressive 33-year career. His primary job was to test new cars or ones that were still being developed, and provide commentary on what needed to be improved and how. 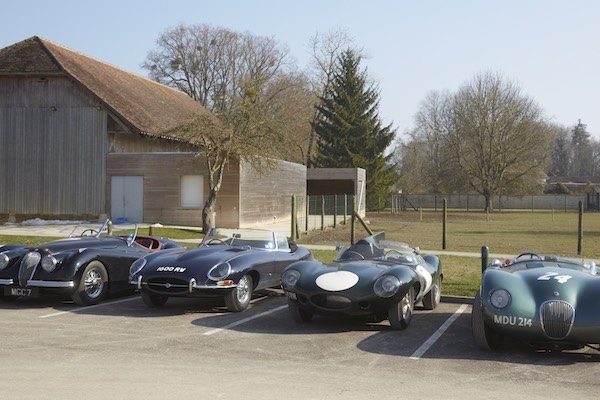 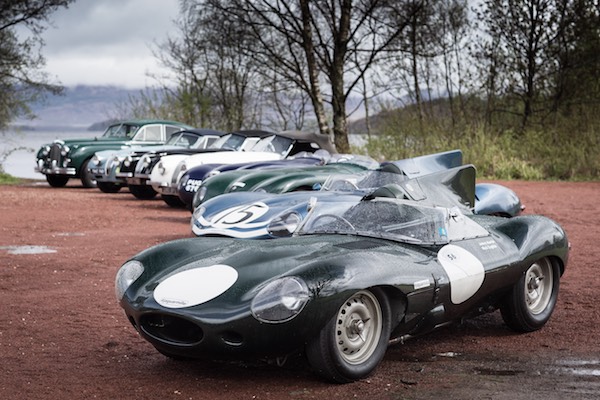 It is estimated that between 1952 and 1985, he significantly contributed to the creation of approximately 25 models. However, his first project is considered to have been perhaps the most important, i.e. developing the revolutionary disc brake – this invention has undoubtedly saved tens of thousands of lives. The new system was tested at the 1952 Mille Miglia, where Dewis was teamed up with British racing and Formula One hero Sir Stirling Moss. They drove a C-type equipped – for the first time in Jaguars history – with a disc-brake system. 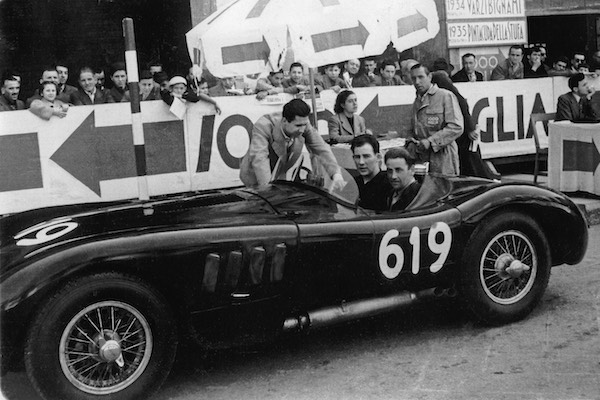 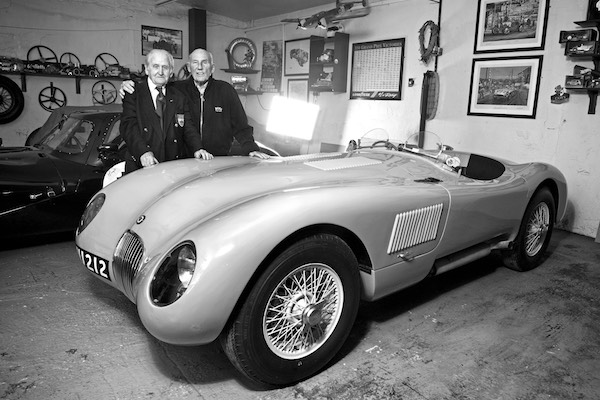 N. Dewis remembers the questions over the brakes well: "We got called into the scrutineers, and they're looking around the car until they call us over and of course with the wire wheel you can clearly see behind the wheel, and the man says 'Where is the brake? This car has no brakes!' And I had to say 'No, this is a new brake', and we had to show them that they worked by jacking the car up and taking the wheel off to demonstrate. They were so interested."

Dewis can also take pride in the fact that in 1953, the Jaguar XK120 officially became the fastest production car in the world: the record was set on a closed section of Belgium's Jabbeke highway with Dewis behind the wheel, reaching a speed of 172.412 mph. 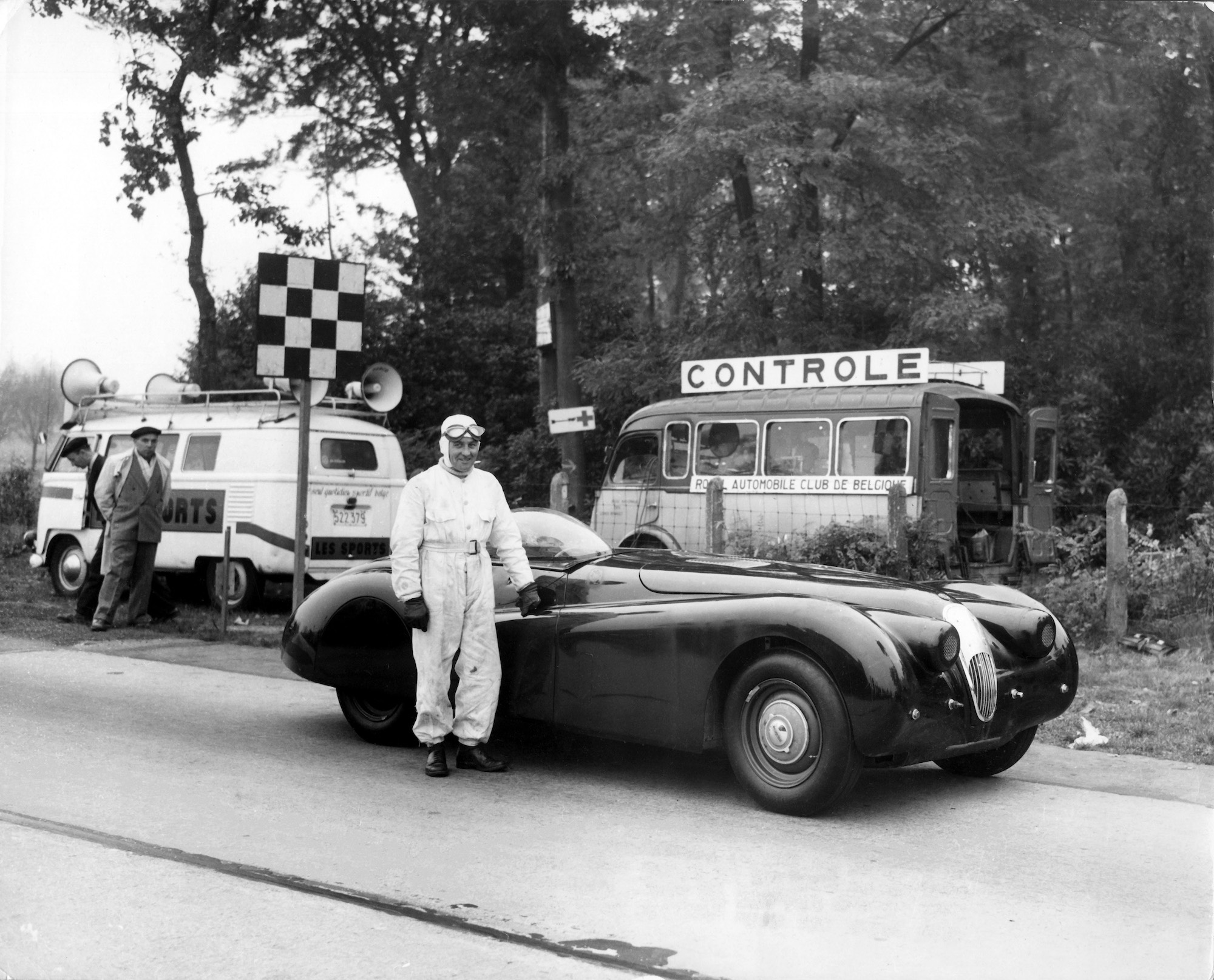 Norman Dewis in Jabbeke, Belgium in 1953, where he set a speed record in a Jaguar XK 120
© Jaguar archive

Speaking about which cars left the biggest impression on him, Dewis singled out the D-type as the best. "I got that car up to 192 mph on the Mulsanne Straight at Le Mans," he says. "Well, I had to pass [Karl] Kling in the Mercedes."

This was the car he drove in the dramatic 1955 24 Hours of Le Mans. His team didn't make it to the finish, but this race is remembered to this day due to one of the biggest motorsport catastrophes ever, when Pierre Levegh's Mercedes-Benz had an accident that claimed as many as 84 lives.

He also has a very good opinion of the E-type as being one of the most important models not only for Jaguar, but for the entire automotive industry.

“I would say the E-type was one of the biggest breakthroughs in motor engineering history ever – not just for Jaguar,” he said. “We broke all traditional methods of building a car and built it around aircraft principles rather than the normal concept of starting with a chassis and adding everything onto that.” 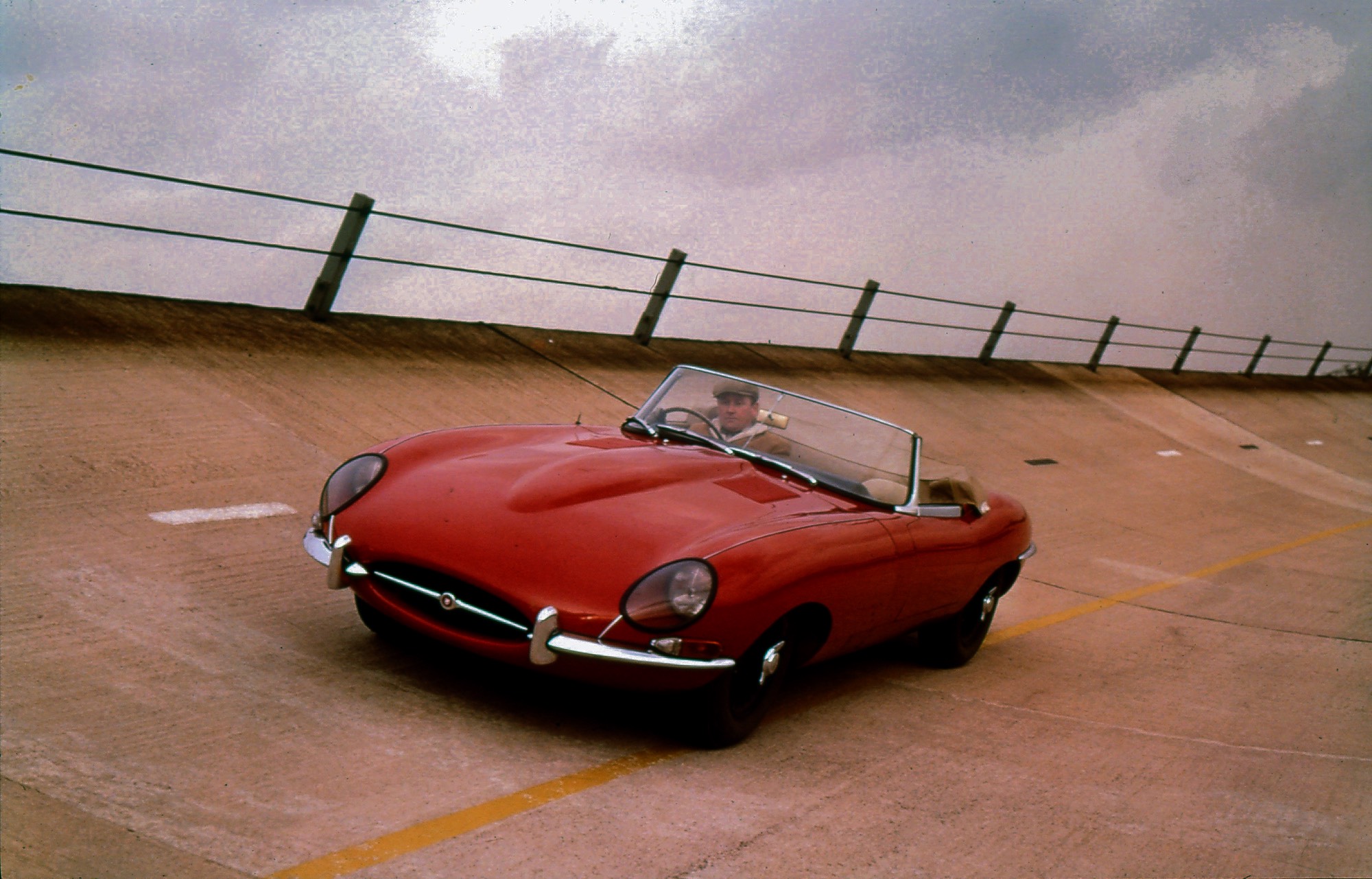 Norman Dewis in 1960 with the legendary E-type
© Jaguar archive

Dewis has been dubbed as the best British test driver ever. In the more than three decades that he spent at Jaguar testing their cars, he drove over a million miles at an average speed of 100 mph plus. It was a difficult and tiring job that had its share of very complicated accidents back when safety belts still weren't being used. Fortunately, he managed to avoid even the slightest bone fracture.

“Oh yes, it was dangerous,” says Dewis quietly. “Sometimes I’d be driving at 130mph and there’d be no brakes. The pedal would sink to the floor and I have to take to the grass.” 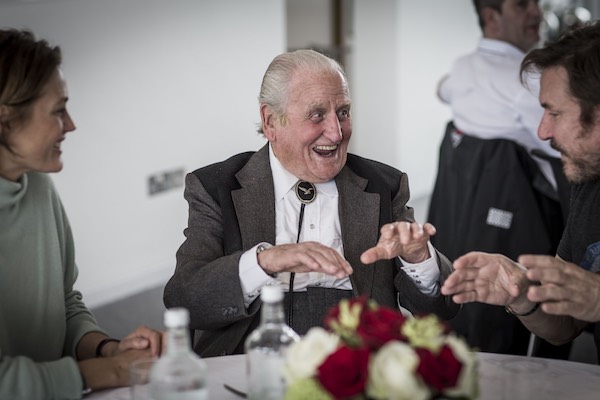 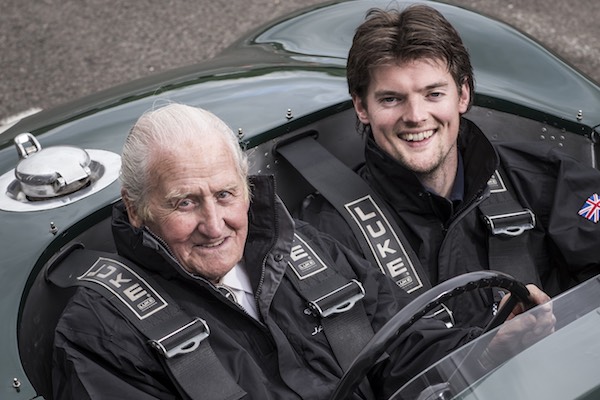 One interesting story that involved Dewis was recollected in 2016. The journalists from Top Gear decided to repeat his 1961 journey from Coventry to the Geneva Motor Show, where the E-type made its debut. It turns out the manufacturer's representatives had only brought two coupés to Switzerland, but buyer interest in this model was so great that William Lyons, the head of the company, ordered Dewis to drive over another car – an E-type convertible – as soon as possible. Dewis got into the E-type 77 RW and, without stopping for a break, reached his goal in Switzerland in 11 hours (plus three hours spent on the ferry).

“I left Coventry at 7.45pm for a 10pm crossing from Dover, and it seemed the heavens were looking down on me, as every traffic light I came to, even on London’s Edgware Road, showed green. The gates had just closed when I arrived at Dover and the boat was ready to sail, but the security guard shone his torch on the car and asked me what it was – I explained it was the new Jaguar E-type and I just had to make it to Geneva for it’s world debut at the motor show – he agreed, and ushered me through. I arrived in Geneva just in time for a 10am press conference the following morning, and Sir William Lyons looked at his watch and said, simply ‘I knew you’d make it, Dewis’. The press went berserk for the new E-type – it was a relative bargain at £2,000 and could reach speeds of up to 150mph. The news spread around the world like a prairie fire. We had to lay down a new production line at Browns Lane to cope with the demand”, Dewis recalling his drive in 1961. 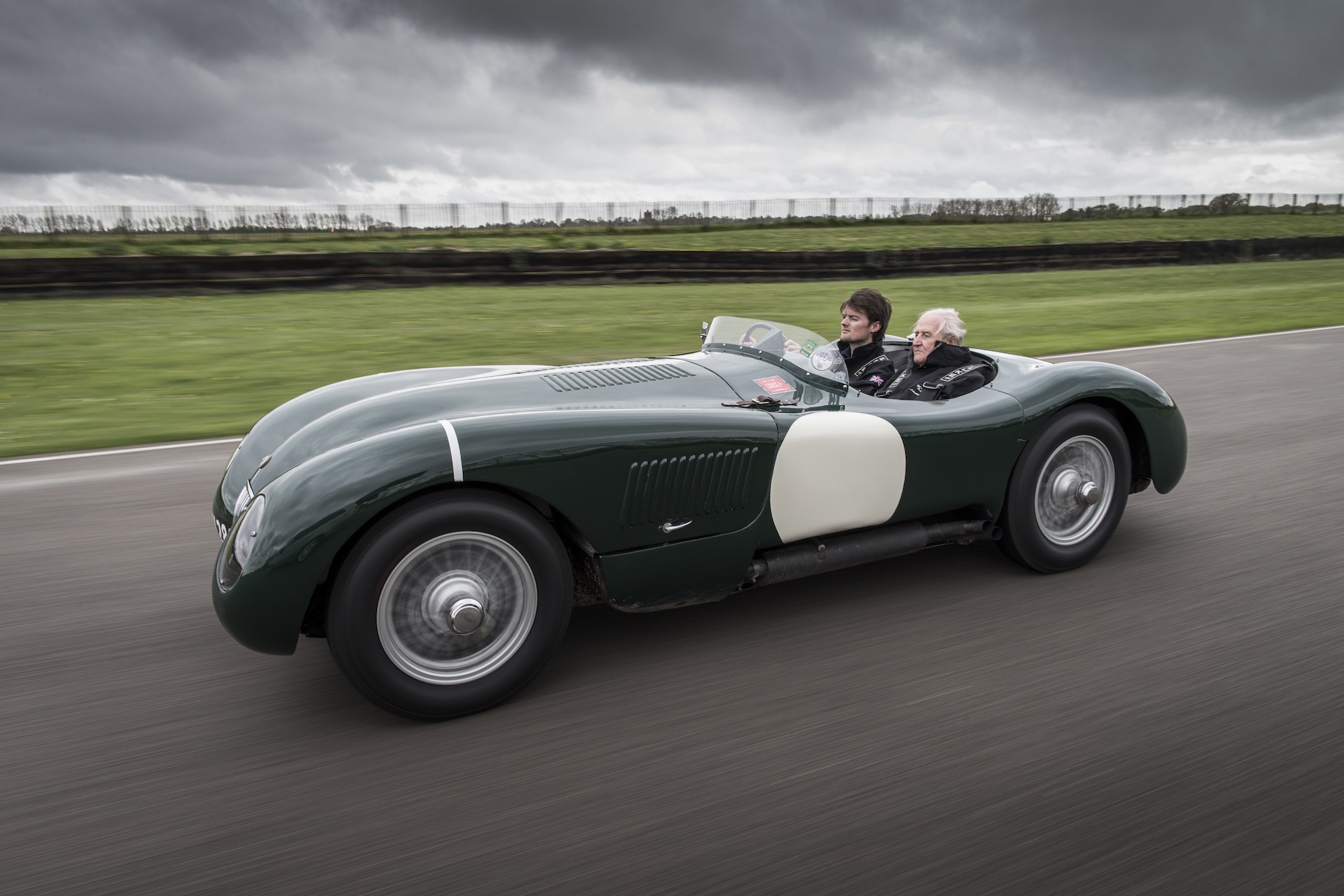 His contribution to Jaguar and the British car industry as a whole did not go unnoticed: in 2014, Dewis was invested as an Officer of the Most Excellent Order of the British Empire (OBE).

Sir Jackie Stewart, three times Formula One World Champion, on this occasion said: "Norman Dewis is one of the real characters, not just of the British motor industry but also British Motorsport. He's one of the backroom boys and sometimes they don't get the accolades they should. Her Majesty the Queen and the honours office have very much done the right thing in awarding Norman Dewis an OBE."

This story might seem like a dream come true to many car lovers. So what did his work as a test driver mean to Dewis, who called himself Jaguar unofficial ambassador? His attitude is perhaps best revealed by an entry on his personal website: "Test driver – pushing to and past the physical limits."